The storm rolled in announced by the highest winds in Reno history – gusts of up to 120 MPH hit the Reno airport. Naturally, the front that followed was a whopper. Full of snow, it dropped 4 feet in one night in the middle of Reno, then another couple feet a few days later, virtually paralyzing the entire town. Ironically, as bad as it was, it did not yield the flooding that made such a spectacular disaster in 1997. But it was still dreadful. Out at our project in Washoe Valley, the earth was saturated. The neighbor’s house, above our project, did not provide for all the drainage issues which we had provided for down below. Of course, the neighbor had an entire mountain to drain, so it was easy to see why he may have underestimated the potential hazards. In any event, the melting snow, then subsequent heavy rains collapsed the small provisions the neighbor had made to protect us below and we received all of the impact of that mistake.

Liquid mud coursed down through the fence line and into our drain creek beds, constructed painstakingly as we planted the trees and boulders with the machines which allowed us to “cut and paste” our way down the hills. Immediately filled with the overflowing slurry, the channel was soon erased, causing the wild and monstrous amount of overflow to find new avenues. Down below, we found a crevasse opened up on one hillside of the new terrain over 30 feet wide and 20 feet deep! The relentless waters and the slurry of freshly strewn soil caused enormous damage to our project, exposing pipes, ruining huge areas of lawn and taking plants and trees down with it. The driveway soon became impassable not only up by the house but down at the entrance as well. Easily 3,000 yards of earth made its way down the hill and into the very worst places imaginable. It was a disaster. 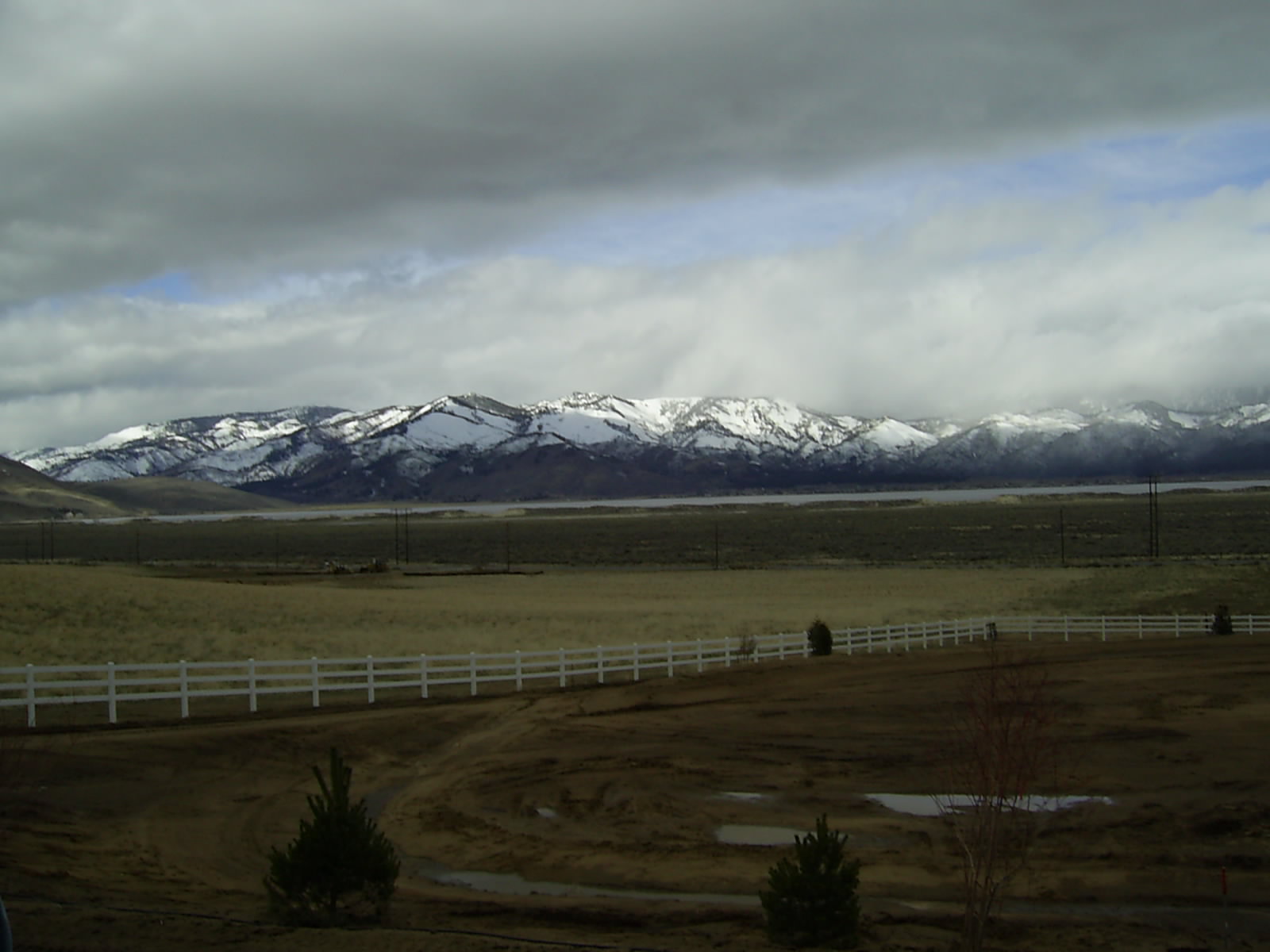 It was so bad, in fact, that in our haste to repair it all and save our friend’s investment, we failed to take many pictures. Yet, here are a few, shown after much of the repairs had taken place. This shot (above) is of the field which once had far less soil in it. The pools are the remains of what was a virtual lake.

This shot shows what was once a nice little stream bed, completely rocked in, looking every inch the small creek. I put a “before” shot, then the “after” shot below. And this was after a week of cleaning up. Look on the left hand side. Incidentally, the dirty street in the “after” shot is where the slurry of silty soil ended up, halfway out into the street itself. Where it appears merely dusty here was a pile of slurried soil 3 feet thick. It completely blocked access to the driveway and the neighbor’s as well. It took an entire day just to remove what was on the street – with two machines! 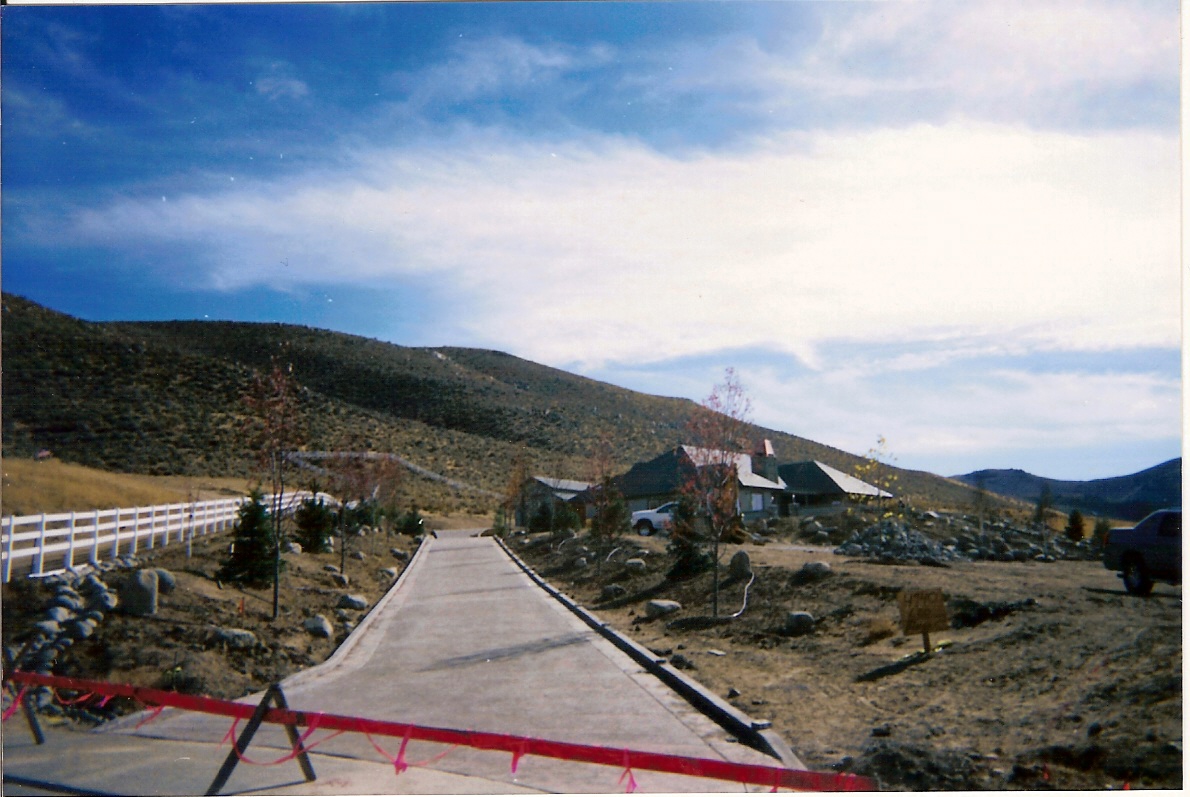 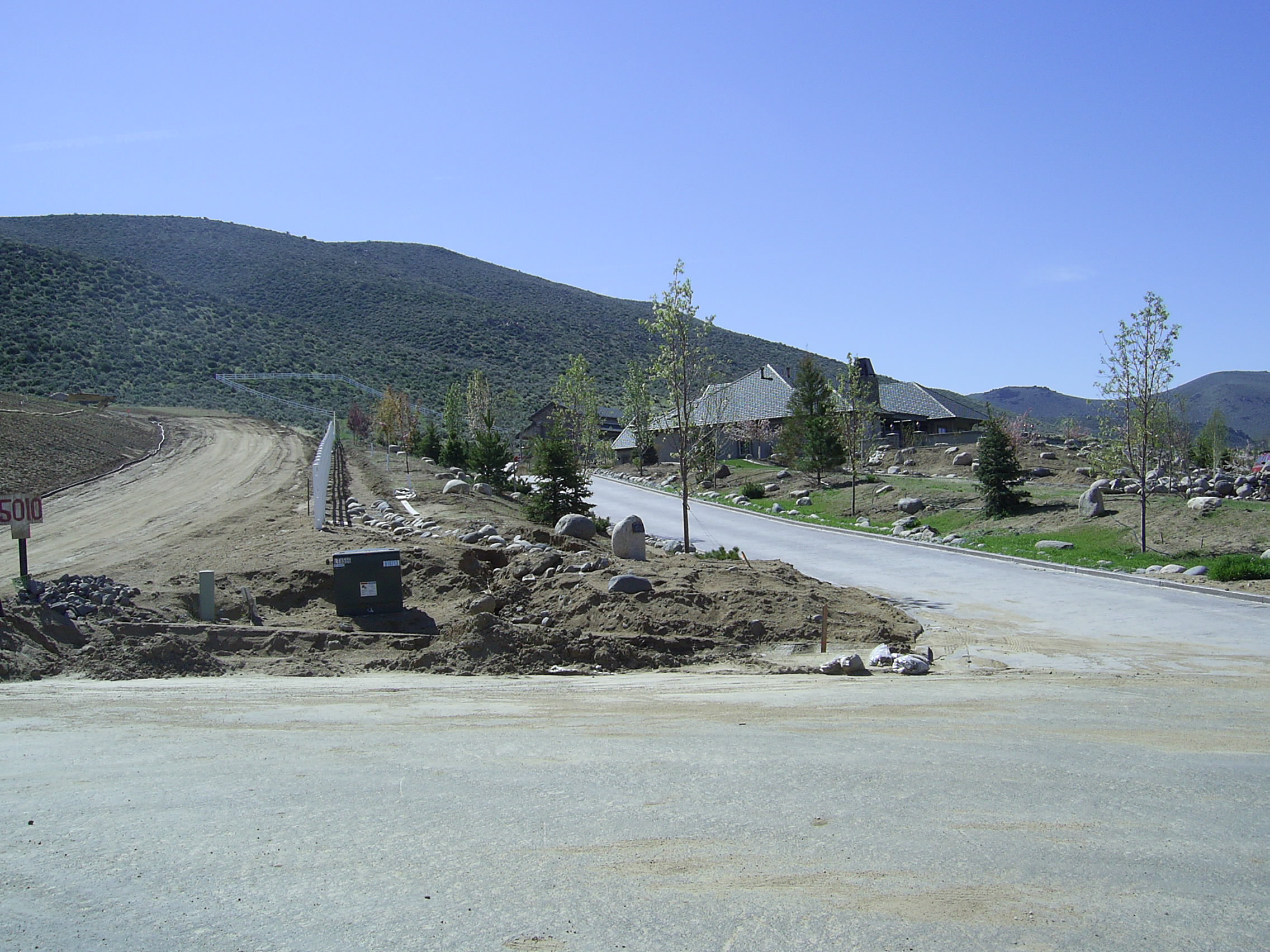 The excavating company who provided the initial grading and soil placements were called out to try and rectify the more major aspects of the project’s disaster. We first allowed them to do their part in providing yet more drainage aspects for the entirety of the project………huge pipes were installed, drain basins for collections, leading to fully functional modes of dispatching water and more water. We built it for the next 100 year event. We followed them with our fine tuning – basically reinventing what we had already done. It was almost depressing, the truth is. I had so little heart for taking pictures and I now regret it, strictly for purposes of this blog.

Every area which had eroded was treated anew. Our former small creek beds became not only larger, but we installed a fabric underneath them so as the keep the soil in place while the water went on its way. Should we have done this earlier? Probably, although the upper property was the primary culprit in this saga. Here is a look at some of the treatments, after the fact:

(This creek bed courses along the front hill, just beneath the patio area. This is the major exit artery for the collected water from the lawns and areas above.) 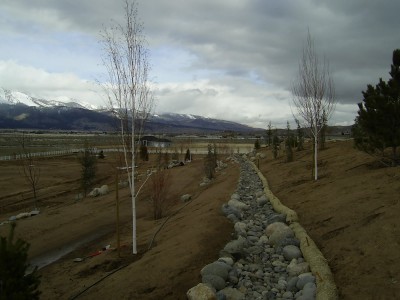 This picture (below) gives an idea of the simpler areas where we dealt with the flow without the neighboring property’s input. You can see the exposed pipes – once neatly buried – and the general ravages of flooding. Needless to say, the walkway was a mess. At the top right in this picture, at the end of the lawn area where (if enlarged) one can see the black filter cloth and the indentation where grass had not yet been replaced. It was here that we had our biggest channel – the virtual “gorge” mentioned earlier, where hundreds of yards of soil had simply washed out onto the fields below. This “gorge”, 30 feet wide and 20 feet deep, was simply amazing. We just filled it back in and packed as we went which is what you do with dirt. Then we planted thicker and placed rocks with fabric under, where the grass was not replaced. 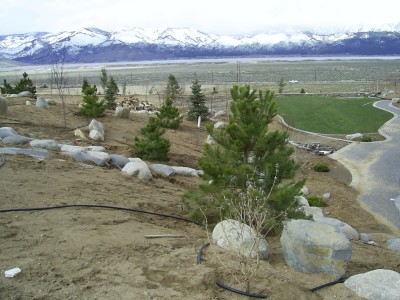 Whereas we had finished the planting in late Fall, we had not gone to the extent yet of applying rock covers alongside the driveway, also to collect and then conduct water. The driveway you’re seeing here was almost as impassable as the street in the above shots. 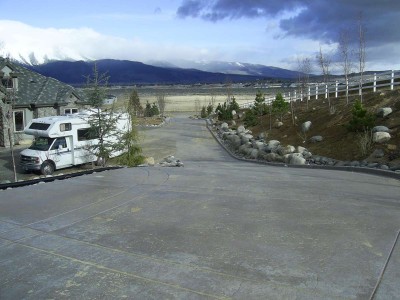 This view accomplishes a couple of perspectives. The two creek beds shown here did not exist before. They were re-filled by ourselves and then constructed with fabric under and those rocks above to provide yet more drainage from the house itself. The work required our full attention for quite some time. The weeds and grasses grew nearly overnight, giving us yet another mess which also took a while to deal with.

The coolest part of that picture, however, are the blooming Crabapples. Some of the Spring shots are pretty nice to look at, actually. 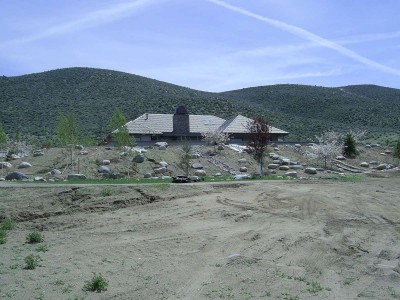 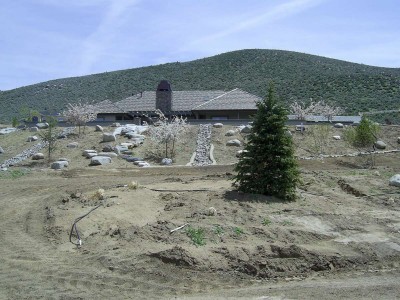 These pictures were all taken long after the hard work of getting to all the affected areas. Areas such as the one below were low on the priority list but they also required some work, obviously.

In a couple of months, it all seemed almost as if nothing untoward had happened. Stuff bloomed on command and the world had realigned itself with gorgeous gardens and appreciative people. 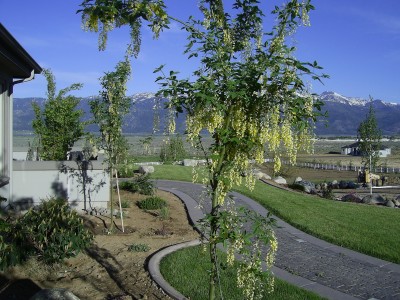 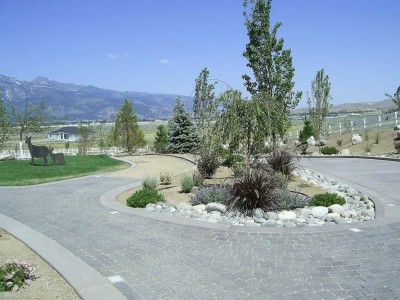 Parties were had this year, grateful clients were happy and the world was fine. 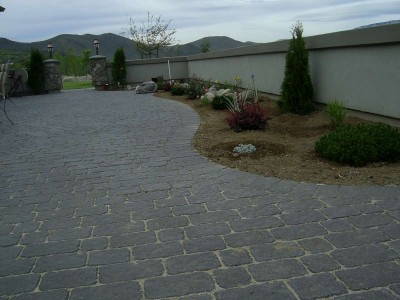 Turned out, in far less than a year, it was already looking full and vibrant. 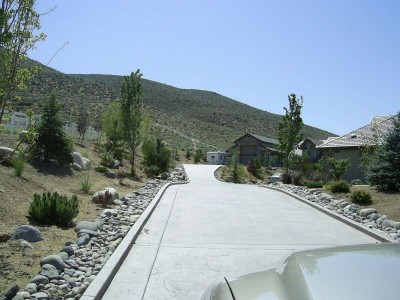 Only we knew how many of the hardest lessons we had ever learned had occurred. Nature is one very stern taskmaster who does not tolerate the weak.

5 thoughts on “Landscaping In The Rain – Or After”