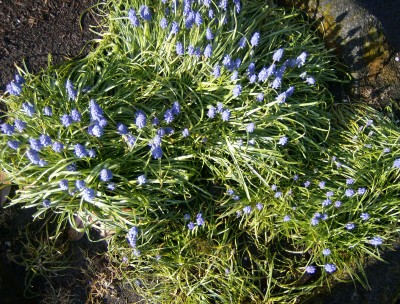 From the various very early Crocus bulbs showing up, and the Grape Hyacinth above, there has been a steady unfolding of later arrivals. From Daffs to Helleborus perennials, this Spring has been pretty doggone nice. As I mentioned elsewhere in here, this time around, I decided to do something about my love of it all and record it as it unfolded. 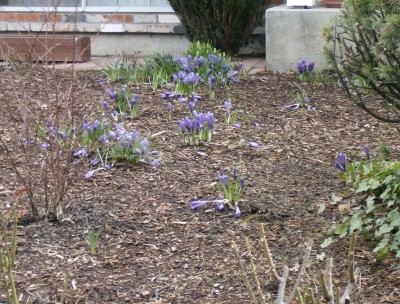 Many of these shots were taken here in my own neighborhood. Typical of Portland, Oregon, we pay a price for the dreariness and wetness of the weather over a Winter with a gorgeous base of healthy and beautiful plants to take some of the edge off as the weather warms and Winter tries to recede. These daffodils tell a part of this tale from a few weeks ago: 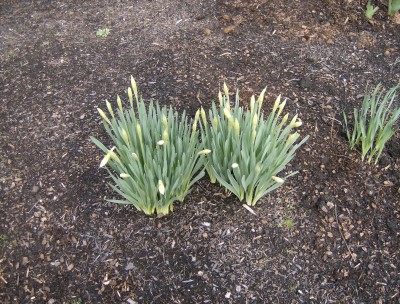 Then a week or two later, leading up to now: 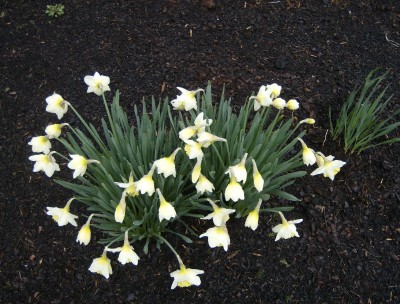 Siberian Irises were even getting into the local act around here as this very severely Winterized one shows.. 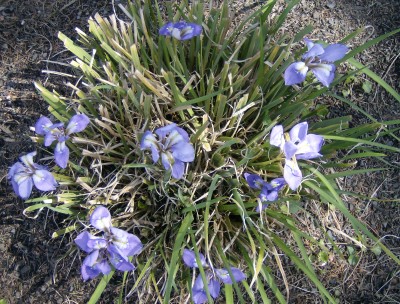 Primroses finally got their chance to strut after about 10 months of second place.. 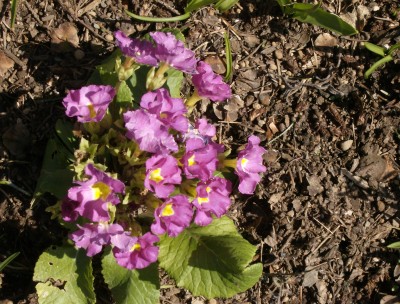 And the local Heather population showed up as well…..these from Crystal Springs Rhodoendron Garden, hard by the front entry…. 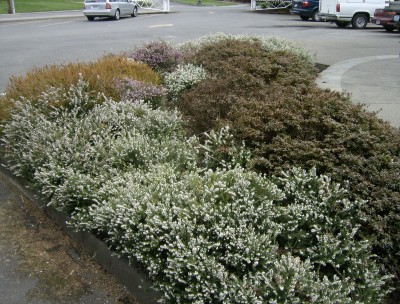 Back to my neighborhood, we witness the tough life of a local Rosemary, stuck in a lawn, of all places…(whose owners were not aware of how tasty they made our meal the other night. ;-))   And who also contributed a sprig from the next early Spring riser……. 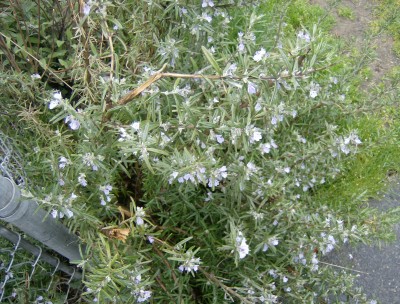 This is one gosh awful homely-looking plant, n’est pas? But I loves me some Dill Weed, and the younger the better……thanks Neighbor!! 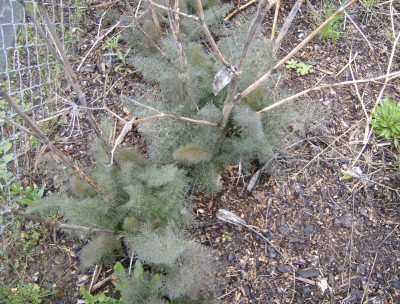 This Helleborus is all tucked in tight amongst the Sarcococca………. 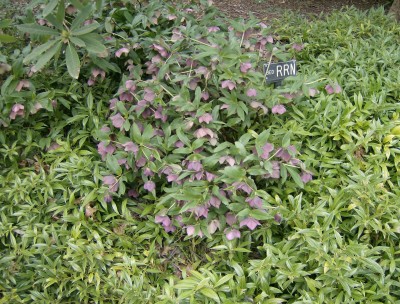 While these don’t look so shabby either…. 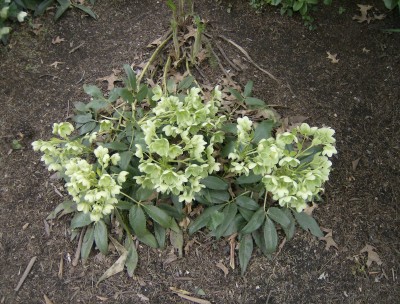 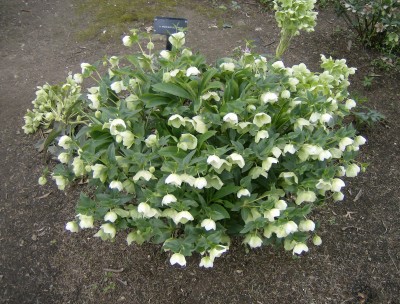 The Crystal Springs Rhododendron Garden has been around long enough now to present a sort of “Permanent Forest” look on the forest floor. I really like this look – and it only gets better as time passes during a season. Here are a couple of very early looks at what is under so many of the “Rhodies” there….. 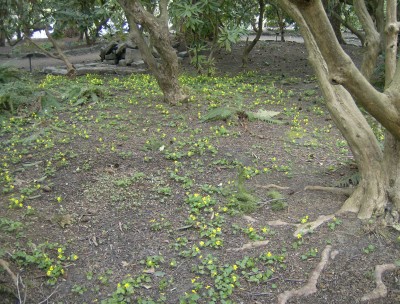 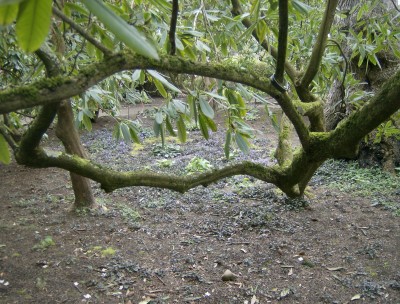 And if someone would be kind enough to tell me the name of this plant which I have used but can never remember, I would be thankful. Bad, isn’t it? Getting older is absolutely everything they say. 🙂

Anyway…………..These little guys are proliferating at a moderate rate and I am all for it, personally. 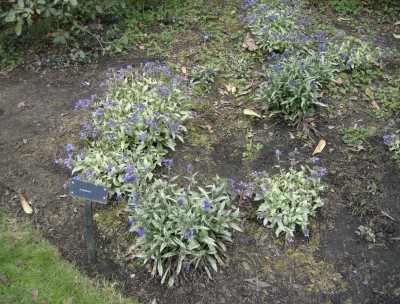 I would be remiss if I did not include this early Clematis I found locally, growing near some container and probably neglected and completely untended for long years……. 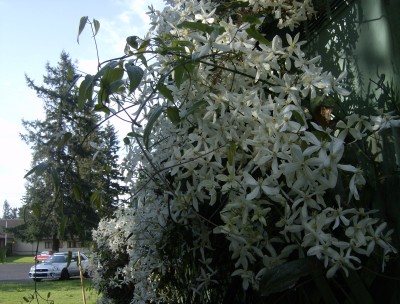 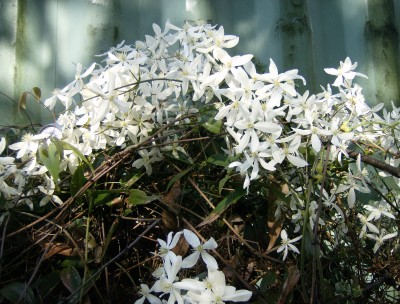 Infused with some random Kandinsky-esque or the gene motivating Jackson Pollock, we have Nature visiting the artistry of “The Randomness of Unintended Natural Consequences” with this Forsythia putting out a wild set of branches, we see color pop out in the wildest ways, honestly sort of thrilling us. Anarchy is under rated!

Honestly, I am not sure it’s spectacularness (new word) really shows here, but I liked it so much I tried. It is along my normal daily walk and I have watched this unpruned, natural scenario unfold. It literally made me laugh when the higher Yellows began really popping out. They just look separated. 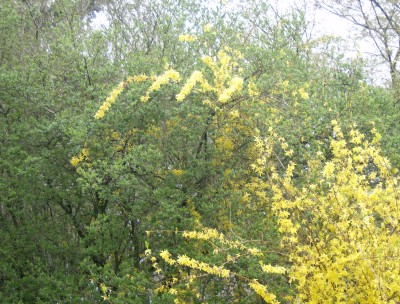 Thanks for bearing with. I’ll close with this most fragrant local………….our library rocks! 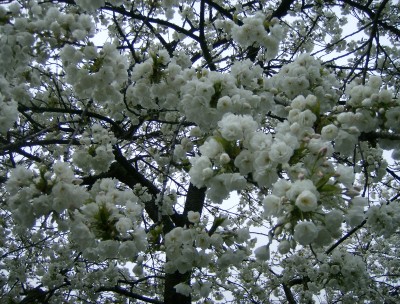 4 thoughts on “Perennials and Bulbs This Spring – Portland”