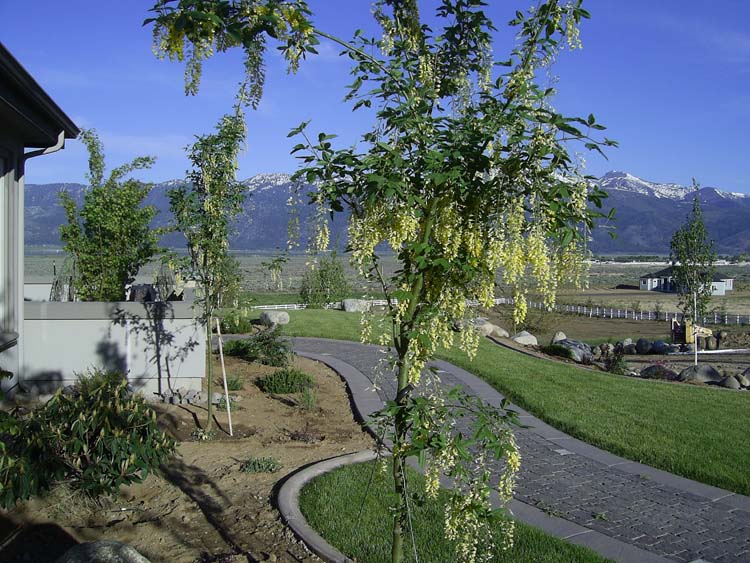 I love Golden Chain Trees (Laburnum).  This one’s blooms were almost spent at the time of the picture, but I was happy to see such a remarkable production in this tree’s first year.  This home is also where one sees the bubble rock pictures posted earlier.  Notice as well the paver walkway which undulates throughout the property.  The walkway is studded with paver lights which add a measure of security and provide some nice ambient lighting for all the features which abut the walkway.

This was a 10 acre project, altogether.  I will post some other pictures from it in the near future.  It is another huge, yet detail-rich project, one of those dream jobs for a design builder. It was done for a very hard-working couple who built, then landed in their “dream home” and who fully appreciated our efforts there.  As a Builder, the man of the house, Doug, had a number of ideas about what he wanted, having been around landscaping so much on his own projects. He is a real paver fan, obviously, and rightfully so. And he and his wife both had strong leans on what color foliage and the amount of floral effects they wanted.

This remains one of the best jobs I ever took on.  I was and still am delighted about how it came out, as were they.

2 thoughts on “Young Laburnum And The View”