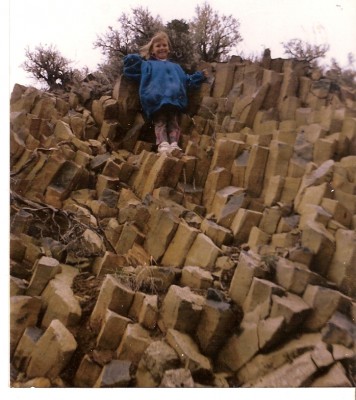 The above is a picture of my daughter on one of our rambles, back in the day (sniff, sniff) when she was much smaller than she is now. But it has always been a favorite picture, and not just for the obvious fact of a Dad inordinately in love with his own child. What she is standing on is the subject of the day here. That, ladies and gents, is Basalt – your basic igneous rock and one which has developed a huge niche in the desginer hearts and minds of landscaping people.

Basalt – most notably “Columnar Basalt” – is found in great accumulations in the Columbia River Basin, here in Oregon and across the river in Washington state. Other major concentrations are spread throughout the world in places like the Giant’s Causeway (Ireland), Organ Pipes National Park (Australia), Devil’s Tower (Wyoming, USA), Russia, India, Iceland and many other locations. Formed into crystalline formations and often referred to as “hexagonal” – 6-sided – they can actually vary into polygons with anywhere from 3 to 12 sides. From Wikipedia: “Formed by the cooling of lava on the Earth’s crust, during the cooling of a thick lava flow, contractional joints or fractures form. If a flow cools relatively rapidly, significant contraction forces build up. While a flow can shrink in the vertical dimension without fracturing, it cannot easily accommodate shrinking in the horizontal direction unless cracks form; the extensive fracture network that develops results in the formation of columns.”

It then goes on to say that the slower the cooling process, the larger the columnar “crystals”. I have seen some very large crystals in my day – and even used a few. Later pictures in this post will illustrate this. 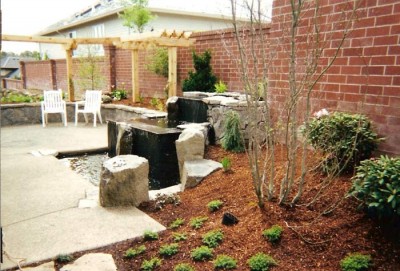 This is a smaller scale use within the confines a modern landscape and water feature in a retired couple’s small back patio area. Actually, this is a project which may have used the fewest basalt columns of all, but the location of the foreground “seat rock” does present an excellent minor vision of the polygonal aspect, as well as just one of many functions columnar basalt can be put to use for in a landscape. They do not have to be large to be quite effective. Their horizontal lines also present us with the gift of altitude and, therefore, perspective.

Harvested from vast fields of these crystals, as remarkable as we regard them, they are hardly rare, as the production picture from a Chinese Basalt source shows us below. The fact is, their large numbers bode well indeed for landscaping possibilities. 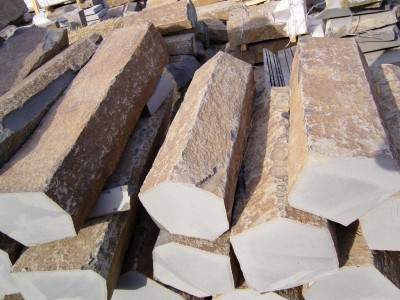 Bored right down their length and with a water pump hidden amidst the lower levels, they make excellent “Bubble Rocks”, for one thing. Bubble Rocks give the more gentle sound of water and bring out the rich color which is hidden in all rocks: 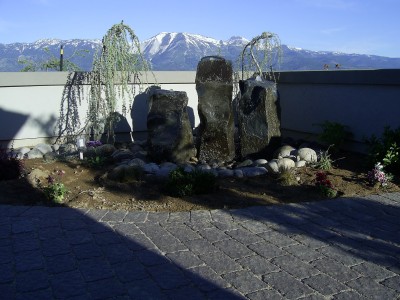 But there are larger and more forceful roles available for columnar basalt. Notice this waterfall the company I was with at the time built for Microsoft’s Campus in Seattle, Washington. Its construction resembles the picture of many basalt sources throughout the world in high mountainous regions. This was a pain-staking project but remains one of my very favorite constructions. 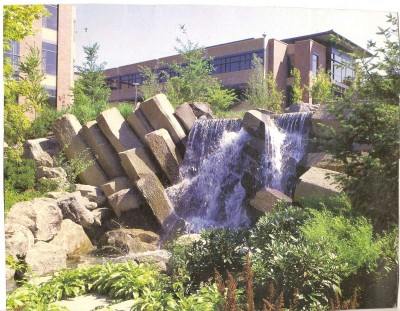 Below are pictures of other uses for this interesting material. These pictures are all taken at the Portland Zoo, a minor landscaping miracle utilizing the local products in novel ways – as seats and as retaining wall effects. This is hard by the zoo’s own bus stop leading to the buildings housing the elevator which takes people down about 500 feet to where they can catch the Light Rapid Transit train. 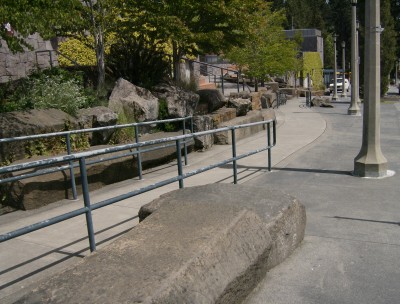 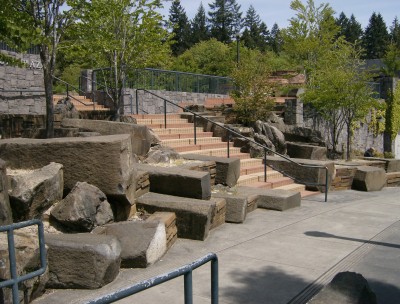 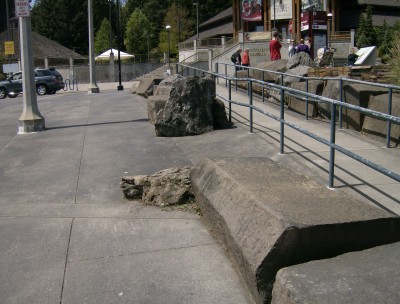 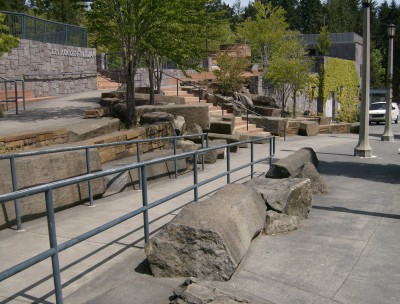 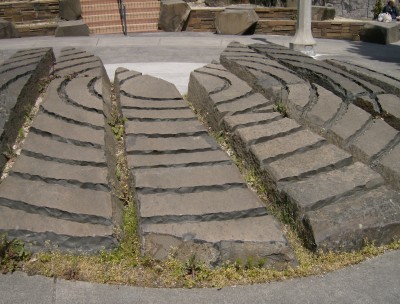