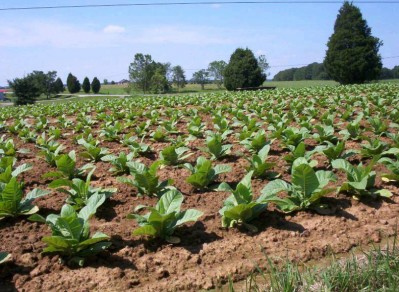 There is no real charitable way to put this so I will say right off the bat – I am trying to quit smoking. Now, “charitable” would be describing the Tobacco plant as pretty – which it is. But today, I am on a different page entirely.

Being from Kentucky, and more specifically from Western Kentucky, there were abundant tobacco fields surrounding the town of Owensboro.  One of my earlier jobs as a human was taking our 13 to 14-year old selves out to my friend Jimmy Walker’s farm and messing with the various stages of the tobacco they grew there. I recall sitting in this very bumpy and hugely awkward old “planter”, a two-seat, two-wheeled operation tugged behind a tractor, where we would insert small seedlings into the grooves of the planting device manually – drawn from our sides where we had access to bags of young seedlings, freshly-dug. We would place the seedling into the little deal and it would poke it into the ground – “Voila! – all planted and all actually kind of cool, really.

Don’t forget, we often got $10 a day for our efforts, too – a King’s Ransom at the time. It felt like stealing! 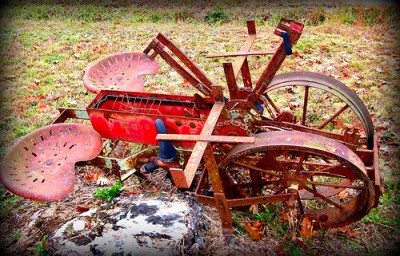 There were many benefits to this as well, make no mistake. Jimmy’s Granny lived nearby and she made “Granny Taters”. Now, I don’t know how many of you have had Granny Taters, but let me tell you, I have been trying to reproduce those things for years now, to some very pleased eaters. Boiled in milk and butter to a specific softness, some sour cream and some more butter added later, a little salt and pepper – wow! Jimmy’s Granny obviously carved herself a niche in my life, right through the tummy! 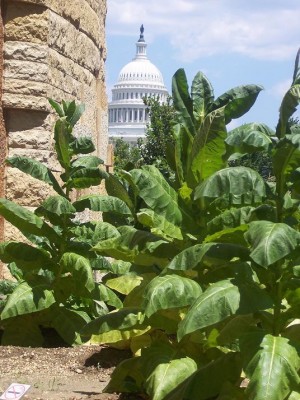 And we got to drive stuff. We could drive a tractor on the open road, almost as if we really had drivers licenses because farm machinery is exempt. You see 8 year old’s driving tractors out in them boonies. There can be some disappointments, too, of course. Such as the time we got that tractor really moving and we were hauling a manure spreader (now there’s an exotic machine!) behind us and we tried to stop too fast or something. All we knew was, here we were going downhill, the 3 of us (the equally-idiotic Bernie Smith joined our crew for the day), and we looked left and by Golly that old manure spreader was just plain passing us up! We even got to watch it land, it’s attaching fork out in front making it take a big flip, end over end, into the brush by the road. So there were some good stories to the tobacco saga in my past.

But they are less interesting now.

I actually think I might even make it this time, truth is, owing to the condition I found myself in the other day waking up which may not sound so bad to some but which to me was the worst sensation I believe I ever had.  I felt a very sore throat complete with a rattling sound and hurting lungs – now how sweet is that? I mean, I have probably felt that bad in the past but this has finally become too much. I decided to announce it to the world so that shame itself – if nothing else – might act to keep the status quo of zero cigarettes until I can at least get by the worst cravings.

5 thoughts on “Tobacco – And Quitting Smoking”