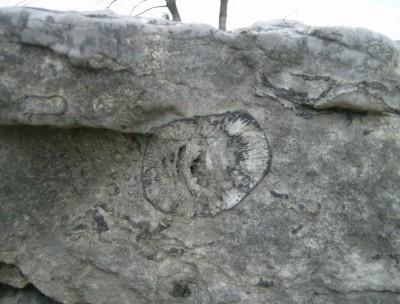 Fossils!!  Old Ones! These, in fact, are pretty close to the Oldest Ever. Dating from the Devonian Era, back about – ohhhhh – 386 million years ago, the Devonian Era evokes images of  warm, tropical seas and a bustling marine realm. On land, plants and a few organisms including arthropods, arachnids and paleoinsects, were proliferating into new niche space. Amphibians first evolved in the late Devonian Period, actually just a few million years after the appearance of the first forests.

The pictures below are best viewed at double magnification (click twice) to find the details of the dam itself. The Louisville skyline rests behind the iron bridge’s framework. 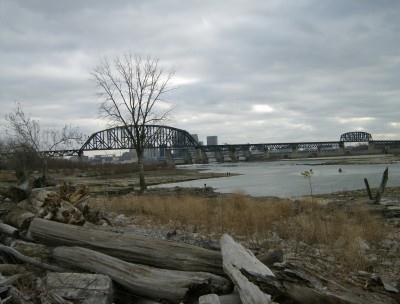 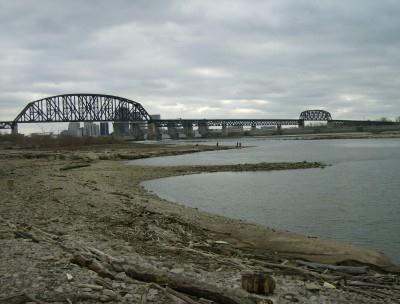 My Mother and I decided to troop out one dreary afternoon, across the Ohio River into Indiana for a visit to the “Falls of The Ohio Interpretive Center” – a fascinating and informative educational and interpretive edifice which is ironically built on top of a literal profusion of some of the oldest known fossil beds on the entire planet. The “Falls” were a series of rapids which adversely affected river traffic back during the day when river traffic flowing towards the Mississippi River and thence to the Gulf Of Mexico and a wider world was highly desirable. Louisville became a city at this point and erected a dam and a set of locks for traffic to solve the ultimately impassable rapids.

I like the picture below as it shows the outline of this great modern building as well as revealing the mess a river can make that is 1,000 miles long and drains a quarter of a continent the size of North America. A mile wide in places and running at a surprisingly rapid rate, the Ohio fits every single criterion as one of the world’s great rivers. The driftwood and blanched branches and smaller debris is the accumulation of maybe one or two years. The buildup of debris which floats downriver from West Virginia and Pennsylvania, Ohio, Indiana and the rest of the eastern Midsection of the United States piles up like nobody’s business as cliffs erode and deposit whole trees as well as simply simply titanic amounts of dirt and water into the mighty Ohio River. 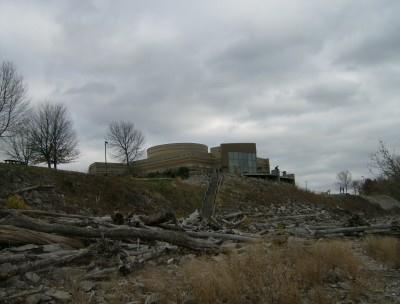 Here is a detritus-only view of the pretty much yearly deposits of debris from this mutably filled, oft-receding, oft-filling expanse of running water: 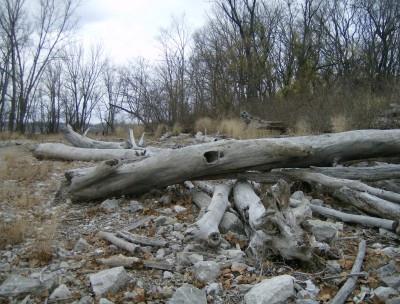 The view below is of some of the fossil beds themselves, with a glance outwards onto the plains and the crevasses which hold these little ancient wonders. The river over some millions of years on its own has carved and shaped the rock into the plains seen here. 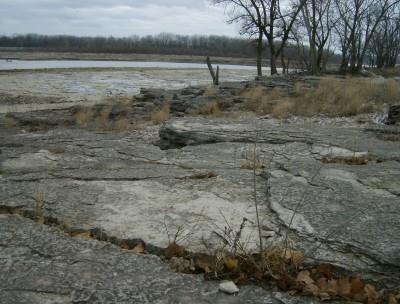 And here is a look backwards from the rocky plains carved and eroded by the incessant onrush of such huge amounts of water. The statue is really cool – it is a depiction of the famous North American explorer George Rogers Clark and his fellow explorer, Merriweather Lewis. 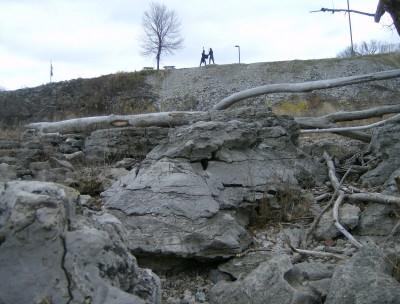 Here is a closer look at these two, from the website:

As a youngster who prowled the forests and river banks of Kentucky, in Louisville and, downriver, in Owensboro, I developed a close relationship with the Ohio River. As a high schooler, we often got away from people and adults and ventured into secret lands, hard by the river, for swimming and playing, floating out on massive logs and tree hulks and experiencing the speed of the river’s currents. We fished it and we swam it. I once lost a pair of contact lens in the Ohio – and found them! LOL, adventure was thy name for rambunctious dumb teenagers like ourselves. But that’s the river of which I promise to speak another time – this is about fossils.

As an even younger child, we ventured out around Louisville and found fossils everywhere. It was a fecund natural area for kids who stayed outdoors in those days and who filled the hours with ventures into as many natural forests, creeks and rivers as a day would allow.  Kids would also discover Indian arrowheads and develop lush fantasies about that warrior class of human beings as well as about our local heroes such as Daniel Boone or Davy Crockett. All those kid’s game were wonderful, sort of Mark Twain-like in so very many ways. But I also recall thoughtful, impressive and shared moments as we kids found fossils and wondered about their provenance. 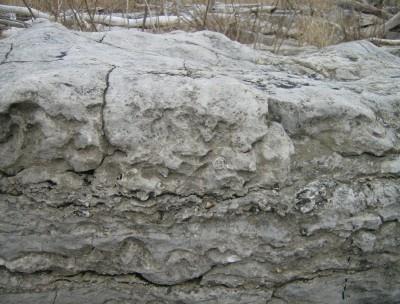 We all had developed a very real sense of prehistory – at least my own family’s people and those of our friends at the time. The wonder at the absolute ancientness of anything which could reflect what it was when it was alive and then become a rock pretty much capped the impossible largeness and mystery of our world and Universe. We actually got good at identifying species – “Look! A fern!”  “Wow! A mollusk and an early one!” rang through the forests and creek beds of limestone where we found these little objects. “That’s not a fossil!” “Is too!” also took place as real fossils chipped off the sides of the ancient cliffs and eroded limestone of our earth in Louisville. Arguments over a fossil or arrowhead’s worthiness as a collectible became intense as we analyzed to the limited best of our scientific little minds. 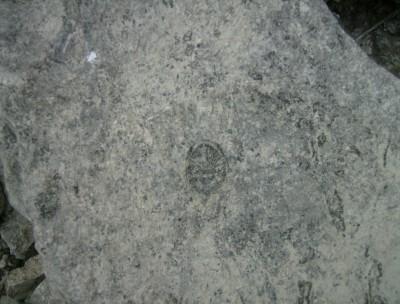 I am truly glad for those times. Living out West, my daughter got to see its own set of geological wonders. Growing up in Reno, Nevada, Alena could experience the real glories of “steam heat” – Geothermal Benefits – of an area who now relies upon just that. There is also a mountianside of pure Quartz just outside of Reno, abiove the little town of Mogul. Whole cliff faces appear suddenly which are nearly clear or a unbelievably resplendant with its startling white jewelled facade rising up sheer stories into the higher reaches, some of whose chips and rocks can be seen below on the ground as absolutely stunningly gorgeous huge quartz boulders and rocks. 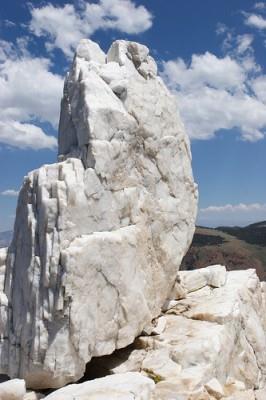 I think I come by my love of rocks honestly, I guess is what I am saying. I have always somewhat specialized in boulder placements in all my landscaping projects. To me, rocks and boulders share an equal billing on Earth. Inanimate they may be but their stories are hidden inside, only waiting for the human imagination to cultivate their fullness and richness. What was the earth like 25,000,000 years ago? Ask a rock. Most of them were well past the age for legal drinking by then. 😉

I love me some fossils: 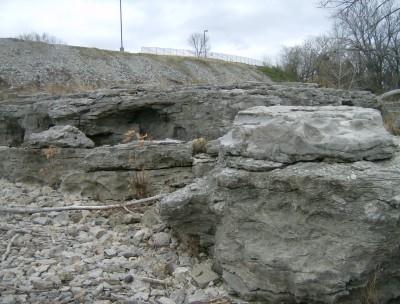 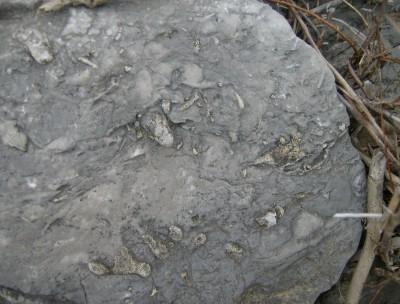 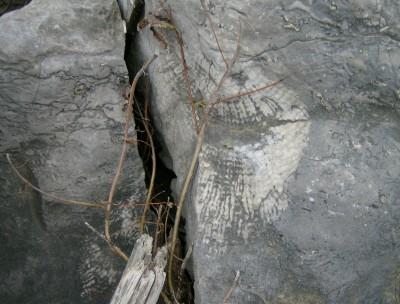