It’s funny how many people have asked me what a “Bubble Rock” is. I guess, since I have done so many, it just rolls off my tongue like any other noun. I even have a separate category all dolled up in the “Pages” section where you can see them all on their own. It might need some work. Hmmmm.

A “Bubble Rock”, in my lexicon, is a large rock which has had a hole bored through it. Now, what I like doing then is placing a water pump down near the bottom and sending water bubbling up through the top, thus the “bubble” feature. What gets accomplished is that these rocks then get very much featured, as not only the sound attracts attention, but then so do the innate colors and general features of the rock get highlighted as well. It goes without saying that many of these also have small spotlights on them at night – a groovy and very cool feature which adds a new and different dimension to the highlight. (Bear in mind, in many of these pictures – as always – they are taken as we complete projects. Therefore those little plants will look teensy-weensy. Believe me, they grow, later. We just get too busy to come back – or some fool forgets his camera when he does go back – all those things.)  😉 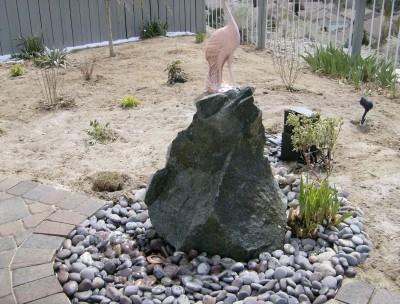 Their placement becomes important as well. Because of their inherent possible compactness, they can be put into some relatively small spaces. I put many up near entrances to homes, for example, where their bubbling and peaceful sound can be enjoyed by anyone entering. 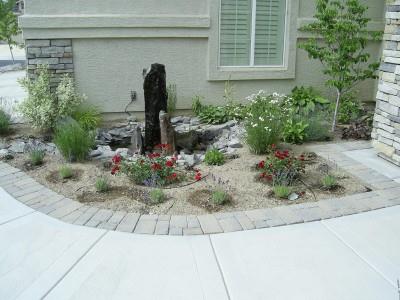 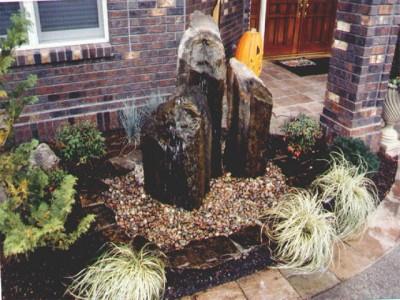 Others, we put out back – in or around a patio, so that the owners can enjoy those same soothing sounds a bit more selfishly. 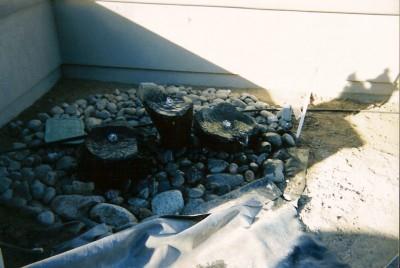 Terrible photo, but it reflects the sun so well, I had to include it. It spends much time looking very much like this. 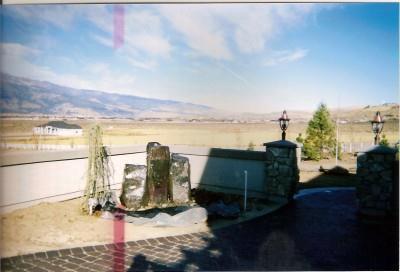 A better look, with a better picture, check those tidy “monoliths” out in the distance here: 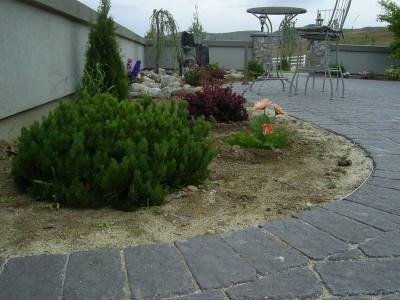 These are just a few items of “Bubble Rock” interest. There is always an ongoing urge for the sounds of water in landscaping. These I have found very satisfying to customers, especially with the wonderful new technologies available in coring holes of that length, and through such hard materials. In the end, there is no end of possibilities for an imaginative designer or homeowner. Find a great rock and you’re off to the races, the truth is. 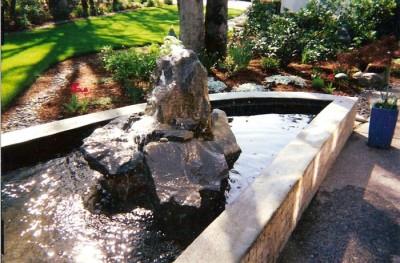 Sometimes we just add to an existing flow of a bunch o’water. This is an extravagance, to be sure, but it sure looks wet! 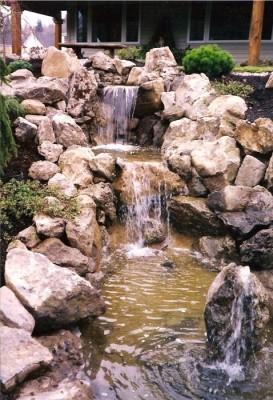 6 thoughts on “More On Bubble Rocks”