Interestingly, modern recommendations in tree-planting have become much more “Nativistic” regarding soils. Whereas, the ’70’s and ’80’s had everyone running for copious amounts of compost and better materials for the bedding of new plantings, current thinking has changed. In a way, it is actually more casual. Anyway, the reasons make sense. I also have to believe a smarter selectivity of species puts this idea over the top in terms of credibility as well. Landscape designers and even DIY homeowners do enough – or should do anyway – reading these days to be acquainted with Zonal tolerances. This is a huge concept, as the many folks digging up and replacing what looked so great for a year or two have found out. 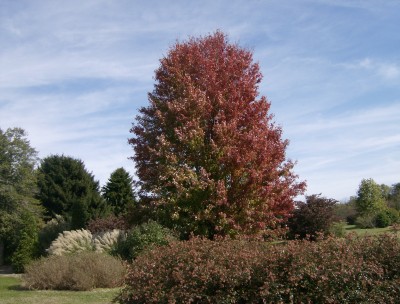 In the end, the “simplicity” referred to above indicates these days that planting in native soils is by far the most intelligent method of planting. A “native soil” is the dirt you already have. Heck, it could have come from down the road or about anywhere at all, but it is what a homeowner must refer to as “native” because it’s what he’s got. There, that solves a definition! 😉  And these can most certainly vary wildly in terms of Ph, clay content and draining issues and, unfortunately – contaminants. In this case, I don’t use the “C” word with respect to much of anything more than the typical spills of diesel, oils and hydraulics that come from any job site where the earth has been adjusted or added by an excavation. But I mention it from first-hand experience – and disappointing experience at that. To wit:

In my experience, my nursery suppliers used to wait long periods for me to bring back some poor dead plant. They were always sort of surprised when I did and they were always more than delighted to replace them for free, simply owing to the fact that I made them live pretty much more than just about anyone else. But everyone has a “turkey”, I reckon. I had a large Scotch Pine we had planted in a hugely prominent area which always seemed to plain lag in development. In fact, it was a one way visit to Dead, the truth was. It surprised me because my record for successfully planting the huge specimens I loved dealing with was pretty much 100%. Well, we undid the guy wires and staking, dug the sucker out at great pain and finally replaced it with a gorgeous replacement – which started going downhill, almost immediately. The needles yellowed, making me wonder if we had not over watered it somehow. We went to the drastic moves, one at a time. Adding Superthrive (a great refurbishing root hormone with crazy art work on the little bottles), then adding some M-Roots, another tactic which literally regrows an alternative root system. Ugh – nothing worked and she blinked out on us. It was obviously in the dirt.

It turns out, yes, it was. Somehow, the area of this soil was so utterly concentrated with diesel, hydraulic fluid and the rest that we found out it was indeed the spot where all the machinery had been serviced for the entire neighborhood during the initial excavations. Obviously – and too late – we discovered what a simple soil analysis which cost a red hot $25 told us – that the soil was poison. Anyway, we took more samples as we excavated, discarded and completely replaced the soil and we were golden. The next tree we replanted grew nicely and is still looking good today. So here are 2 lessons: don’t take your soil for granted and don’t hesitate to get it analyzed. For the record, no matter how many amendments we may have added for this tree, the roots would have eventually discovered this little Mine of Death. 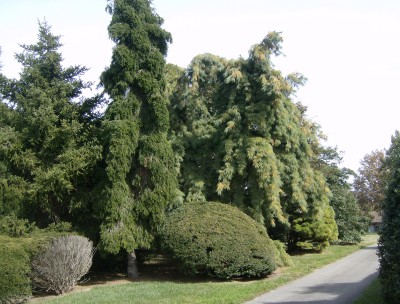 Eventually, every single plant escapes the “planting zone” where it was initially planted. From that point on, what is native is what will either sustain it or kill it. Yes, I most definitely augment my plantings with some amending components. Inasmuch as most of any landscaper’s products come, pampered and spoiled, from nurseries, one wants to lessen the shock of transplantation. So I add the obligatory Vitamin B, even sometimes toss in some Super Thrive or a bit of root hormone just to get them going. I over-excavate as well, for sure. Loosening the soil for a young plant is merely smart. There are some stunning compaction levels in even the most regular soils, particularly if they have a severe clay content. That density can definitely retard a plant’s rooting process, so some over excavation is definitely called for – usually about twice the size of the root ball itself. Now this can mean some real digging!

I will also admit that certain soils I encounter need less than the hearty monster excavations. Softer soils can accommodate a virtual slit planting for success. Water and grab a beer.

In the end, successful planting requires just a bit of forethought and some luck. Needless to say watering is a huge key at the onset. I actually rarely fertilize my young trees and plants, outside of some liquid additives. such as the hormones and Vitamin B I mentioned to lessen the shock. I did have good luck using water soluble fertilizers, especially at planting times when the blooms were about to burst. A little Miracle Gro, which is almost immediately systemically-absorbed, can be reflected in mere days with a glorious result. But this is more salesmanship and client-stroking than the more long-term effects we are most definitely looking for.

Here – below –  is a bad scan only a landscaper could like. This is the 10 acre residence I have spoken of often enough in here – the one which had a semi-catastrophic rain and snow event which required much regrading – next door. We got all his water plus the hillside above which stretched for countless acres. It was The Deluge. Anyway, you can see we planted in virtual “dust” from looking at the hillside itself. You can also see the style and sizes of the plants we planted with regularity in the line-up of root balled Cherries and Crab’s in the bottom picture. We got about a truck a day for a while with about 3 times the amount of plants shown there. The large Sequoia in the “root ball picture” above was also for this property. It was 22 feet high and absolutely gorgeous. Planting was absurdly easy here and the fact is, aside from The Deluge, everything grew like crazy. 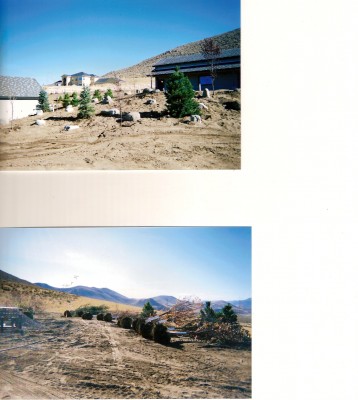 Nor did I add anything to that soil. It is a lake basin-type soil, soft and non-clayish, mostly very sandy. It required severe adjustments in terms of watering, however, where we settled for watering often after initial deep waterings, as opposed to watering for sustained periods. That’s another useful trick – an analysis of soil can determine watering frequencies. Clay-ish soils will require far, far less water than sandier types.

Needless to say, by the way, everything mentioned about trees applies to plants. Yes, all plants very in their particular needs, thus some research is still required for Zonal tolerances. But it can be quite surprising which plants can literally adjust, with maintenance – or lack thereof. The Variegated dogwood shrubs, for example, adapt to Reno, Nevada’s high-alkaline typically near-desert soils by dropping their leaves and by those leaves breaking down, supplying a natural rise in acidic levels by a natural process.

And some patience is most definitely required as we let them develop. After all, the pictures below show the difference two short years makes in a landscape. 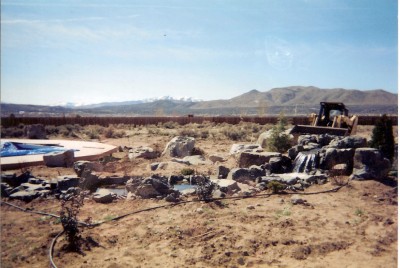 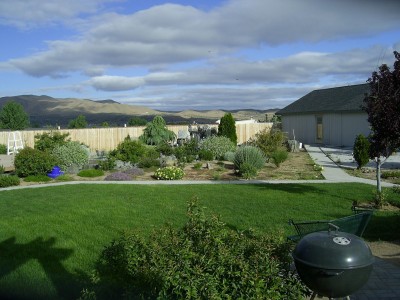 Yes, you can have your cake and eat it too! 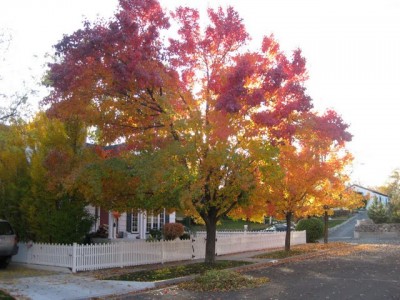 Or you can also hire out a few million guys and build your own irrigation system, just like Julius Caesar did! 😉 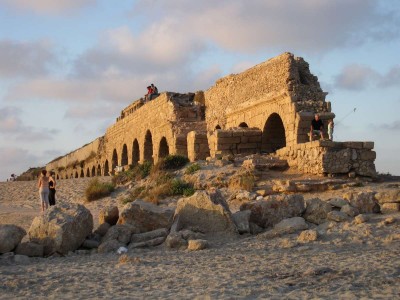