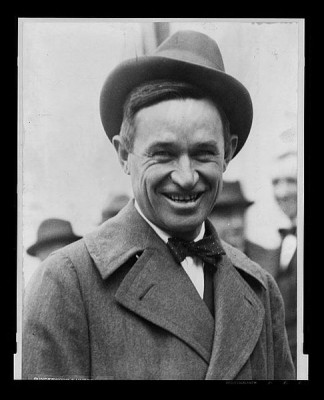 “I’m not a real movie star. I’ve still got the same wife I started out with twenty-eight years ago.”  Will Rogers

It has been an article of faith in my family’s genealogical discussions that Will Rogers was my Grandfather’s  cousin. Actually, more than that – it’s true. Naturally, I am proud of it all, as are all my relatives. My grandfather’s name was Paul Rogers, obviously the maiden name of my very own Mom. I remember one time someone telling my daughter Alena – probably around the 3rd or 4th grade – that they were “descended from royalty”. She was moping and feeling dreadfully “unconnected” to her own ‘royalty’ and she said as much.It reminded me of when I came home all sad and feeling so small over a similar taunting sense of deprivation at about the same age. Then my own Mom told me about our own genealogy. Needless to say, both my daughter and I were delighted to learn some of the facts of our family history. Face it – everyone is. We gain so much by such an in depth look at where we come from – it puts us in touch with the past and makes us curious about the eras when these most interesting people lived. For example, another ancestor of ours came over on a ship with the first settlers in New Amsterdam – New York. Which leads to a small but humorous tale:

I had a good friend named Ed Starkins who still lives in Vancouver, who was all agog about getting a Canada Council Grant to travel to England to help with research on a book he was writing about a murder in Vancouver which took place in 1926. It was an upper class scandal, never resolved, and Ed wanted to open it all back up. Even the research  had some intrigues of its own. Here’s the book: Who Killed Janet Smith? Nice and cheap now, Ed!

Well, my friend Ed was also all hyped up about seeing some of his ancestors in the ‘oldest graveyards in New York City’. It was to be one of the side benefits, especially evocative for him since he was pretty much born and raised in San Diego.

When he came back, after what must have been a month away, he had tales of how he was barred from opening 100 year old files owing to the potential damage to family reputations they could cause – all the opium wars, illegal shipping and the likes. These were all fascinating. But he also had a real bummer, experienced in NYC. When I asked him if he had indeed found graves of his ancestors, he said a sad “No, man.” Furthermore, lol……….he said this:

“There were a billion frigging  Snedekers !” 😉

I held my mud, lol, not wanting to hurt him further. It was a great moment and rare. My Spanish friend, a mutual friend to Ed and I, who was raised in an ancestral home in La Coruna, Spain, and whose family has furniture from the 1500’s up in their attic, laughed at us both. Honestly, it’s really all pretty relative. (Pardon the pun.) 🙂

Moving right along, now……….being related to Will Rogers meant one signal and very important thing to me. It meant I could study him with some pride of place but – even more important – it meant that I could study him. Irregardless of any genetic attachment I may have, this man was a great man. Since we see so much comedy replacing literal political explanation any more – Jon Stewart comes to mind – we remember Bob Hope, Mark Twain and so many other Americans throughout our history who used humor to literally shed light on our modern problems. Quotes such as these are timeless:-

– The income tax has made more liars out of Americans than golf!

– I belong to no organized party, I’m a Democrat.

– If stupidity got us in this mess, why can’t it get us out?

– People who fly into a rage always make a bad landing  😉

–  Diplomats are just as essential to starting a war as soldiers are for finishing it… You take diplomacy out of war, and the thing would fall flat in a week.

– (a personal favorite of mine):  I bet after seeing us, George Washington would sue us for calling him “father.” Hahaha.

Rogers had a huge attachment to Hollywood, of course, being in the exceedingly unusual situation of quite literally playing himself in later films as his notoriety increased. One thing about the man, however, and the purest source of all the admiration which was ladled upon him when he was around was his utter humanity. In this day and age, how many men do we know who believe this way?:

“I bet you if I had met him and had a chat with him, I would have found him a very interesting and human fellow, for I never yet met a man that I didn’t like. When you meet people, no matter what opinion you might have formed about them beforehand, why, after you meet them and see their angle and their personality, why, you can see a lot of good in all of them.”

That is pure Will Rogers and that alone is the most respectable opinion I believe anyone can possibly have about life on this Earth.

Most of us know a lot about Will Rogers, so I won’t expound much more on it, other than to say I like paying homage to those who really, really deserve it. I don’t care what the subject matter of a blog is supposed to be, we all have room for Will Rogers.

Movie theaters across the country went silent for an hour to commemorate his funeral and his passing. In 1935, Congress also observed a moment of silence in his memory and CBS and NBC, the two Titans of radio back then, closed off the airwaves for a full half hour in his memory. Will’s obituary filled four full pages in the New York Times.

I think we owe it to ourselves to honor people like this. These guys make us great.

Next: “Stalking the Wild Dandolion!”

6 thoughts on “The Role Of Humor – Will Rogers”