Once again with the Louisville, Kentucky July bloomage rant, we begin with some extremely local flora in the guise of Canna Lilies. I’ve always loved this plant because I like their lines, to say nothing of their color. 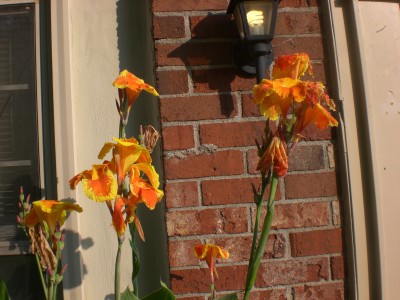 They seem to be a late starter – relatively speaking – in Louisville. In Vancouver or Portland, they develop just a bit earlier, probably owing to the head start they get from the warm Pacific North West Winters. There’s a lot to growing one of these bigger, very upright and very tall plants. They take a while unfurling. But they offer an almost Ginger-like brilliancy of color to their rangy ways. These are the ultimate in “back row perennial” development, providing a tall and colorful background to smaller plants fronting them.

Other lilies also bloom a tad later than what I have become used to – and, what is even cooler – they seem to stick around a bit longer. Here are some local lilies which are still blooming and looking fine: 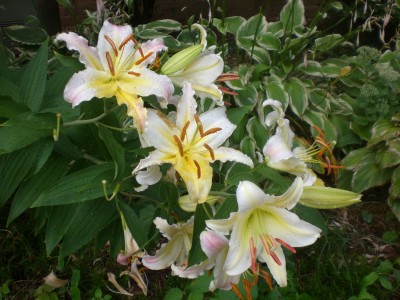 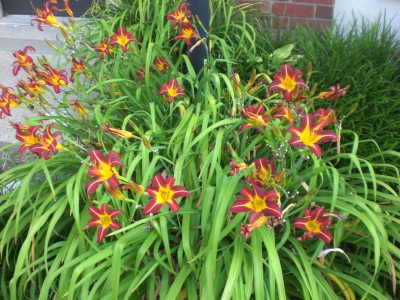 This one I particularly like, owing to the setting. Far from super sunny, the property with this picture is a very early morning shot where the sun is at a low  enough angle to get through to the floor of this man-made canopy of gorgeous White Pines. 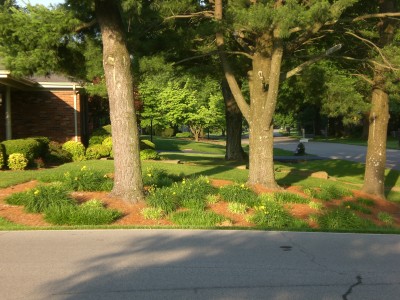 The Rose of Sharon’s are also beginning in Louisville and this time, for a change, the pattern is reversed. Whereas these are late bloomers out West – even in Reno – back here they bloom far earlier. Typically, out there they stay in bloom darn near until late Fall, so we’ll keep an eye on the ‘bloom reliability index’ here. The good news, in any case, is that they bloom just as plentifully as anywhere else, once they get going. 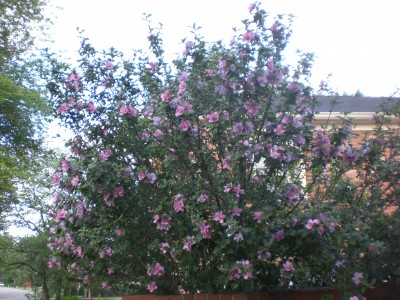 Pushy Clematis pretty much takes the cake for being lush. Acting lush is not a sin, however. If you got it, hey, flaunt it! 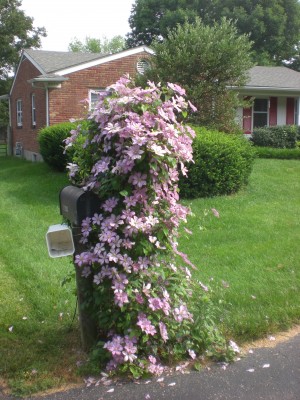 Hosta’s are maybe the most reliable of all perennials in Louisville. I’ve always been a huge fan of Hosta and have not always been in climatic conditions which allowed planting them. I mean, certainly not in the profusion we see here. 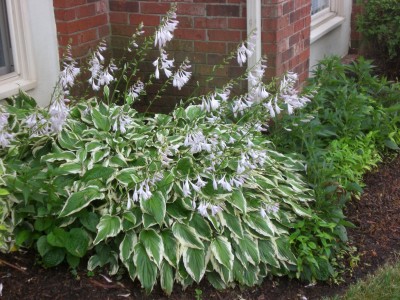 This “small Hosta Grove” is from a picture taken at my friends Dave and Billie’s home. Deeply shaded with yet another gorgeous tree canopy, their Hosta’s looked so good, you could eat ’em. Dave and I rebuilt a wall at his place earlier this year, where we included our own architectural device I like to call “The Dip”. 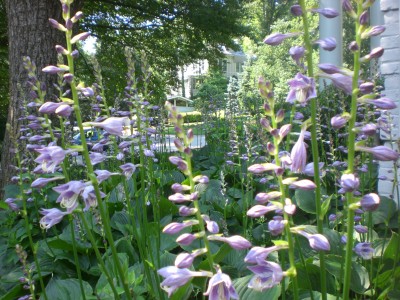 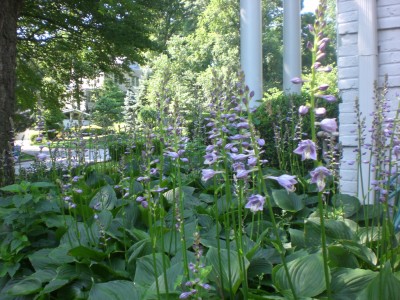 Locally also we have many varieties of Hydrangea which bring back fulsome memories of this plant’s glory days when I lived in Vancouver, British Columbia. The English seem to know more about Hydrangeas than is normal and they were extremely profuse there. Locally, I have found an inordinate number of Oak Leaf Hydrangeas. I’m not sure if nurseries suddenly had a spate of them on their hands, but – whatever – they love Louisville and they are a terrifically interesting plant: 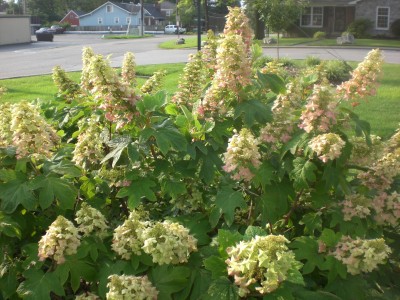 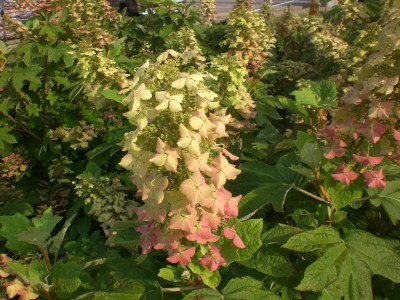 If you ever happen to encounter this guy on a street – no matter where you might live – do yourself a favor and walk the other way. 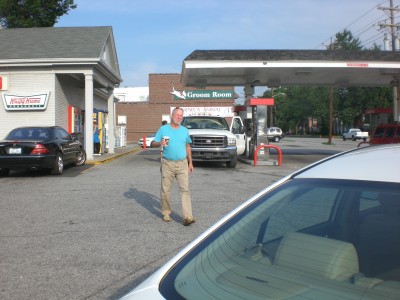 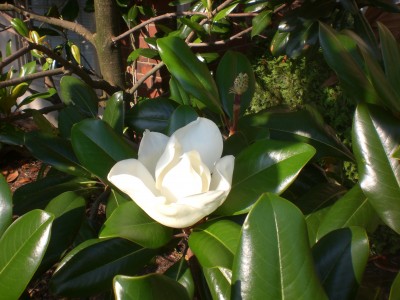