One of the abject pleasures of installing landscapes is the physical changes they make. There are very few more obvious “cosmetic” enterprises in the world as we know it. Architecture, big ol’ buildings, making streets and roads all serve the same master – The Eye.

I’ve decided to simply show The Eyes some candy to give an idea of how landscapes evolve, not only during the process of construction, but also once we leave. Some of these will be in mid construction, other more literal “Before” and “After” shots, right off the get go.

For example, here are a few shots of my ex-partner’s home, pretty much immediately after we’d constructed a water feature – these will be in “Before/After” order: 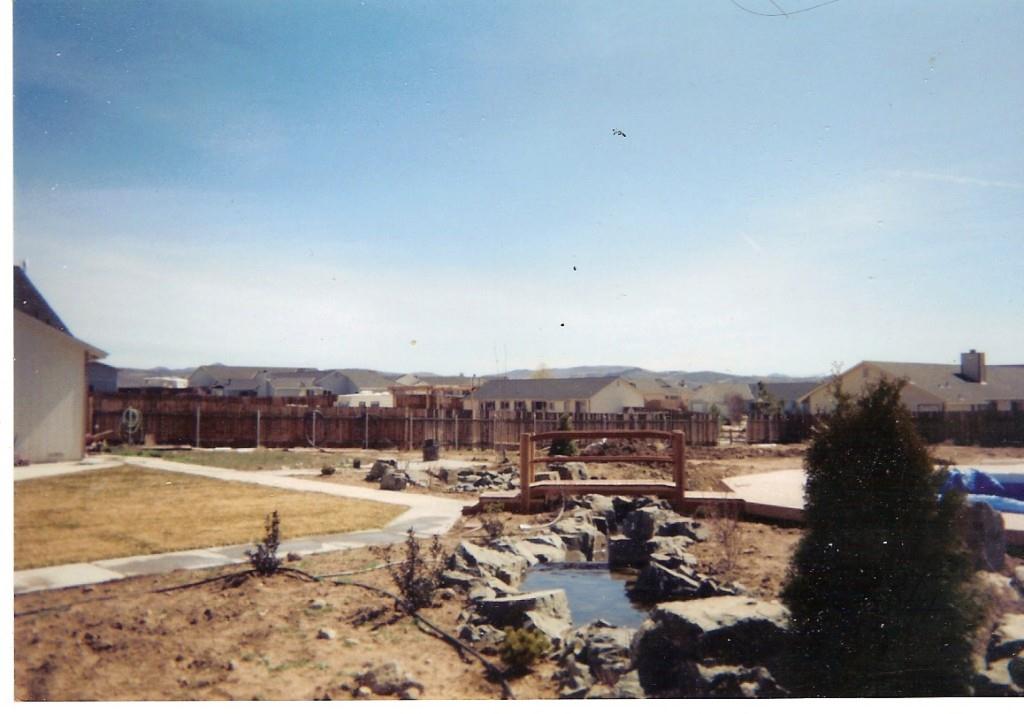 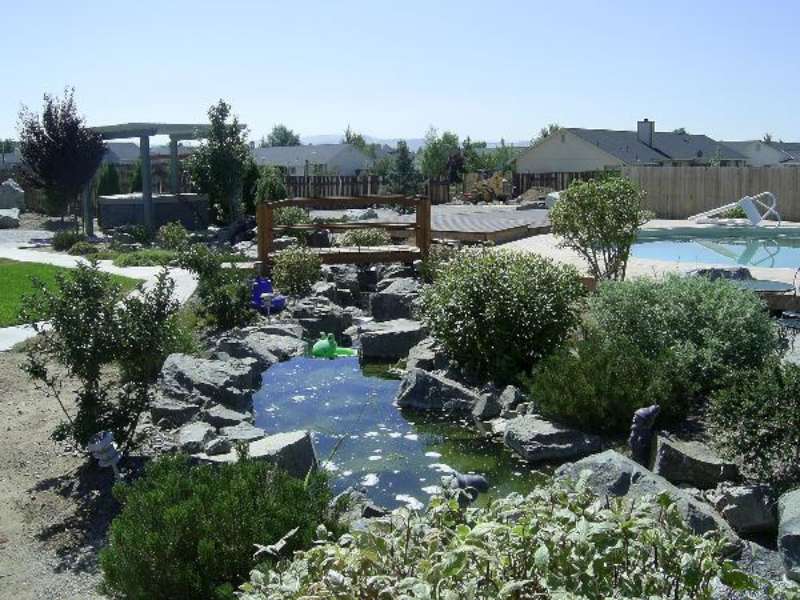 This one is fairly dramatic: 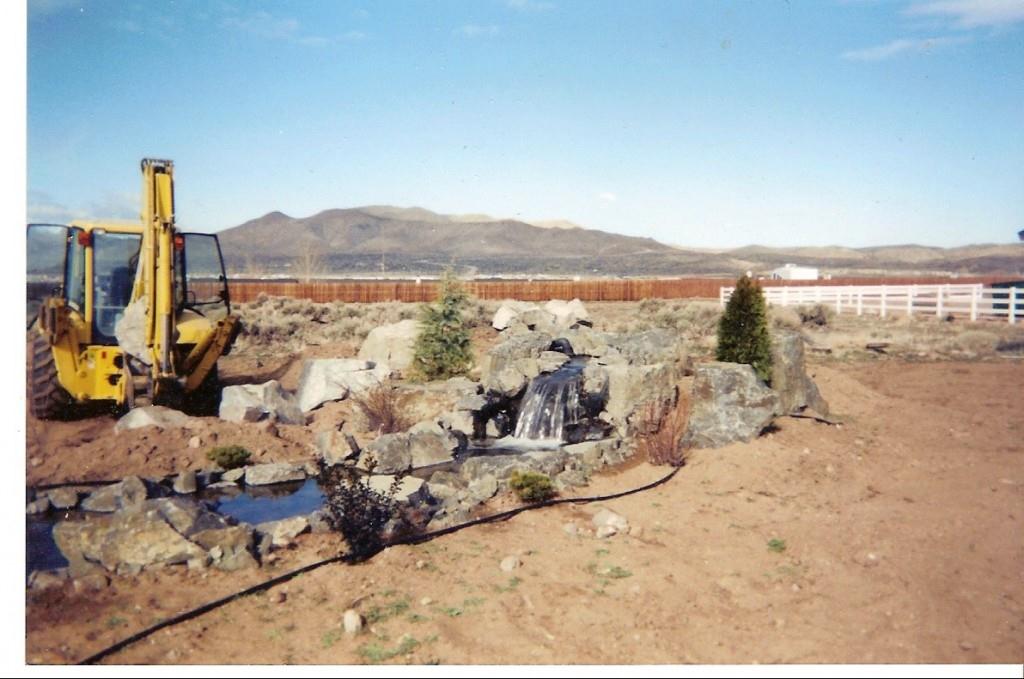 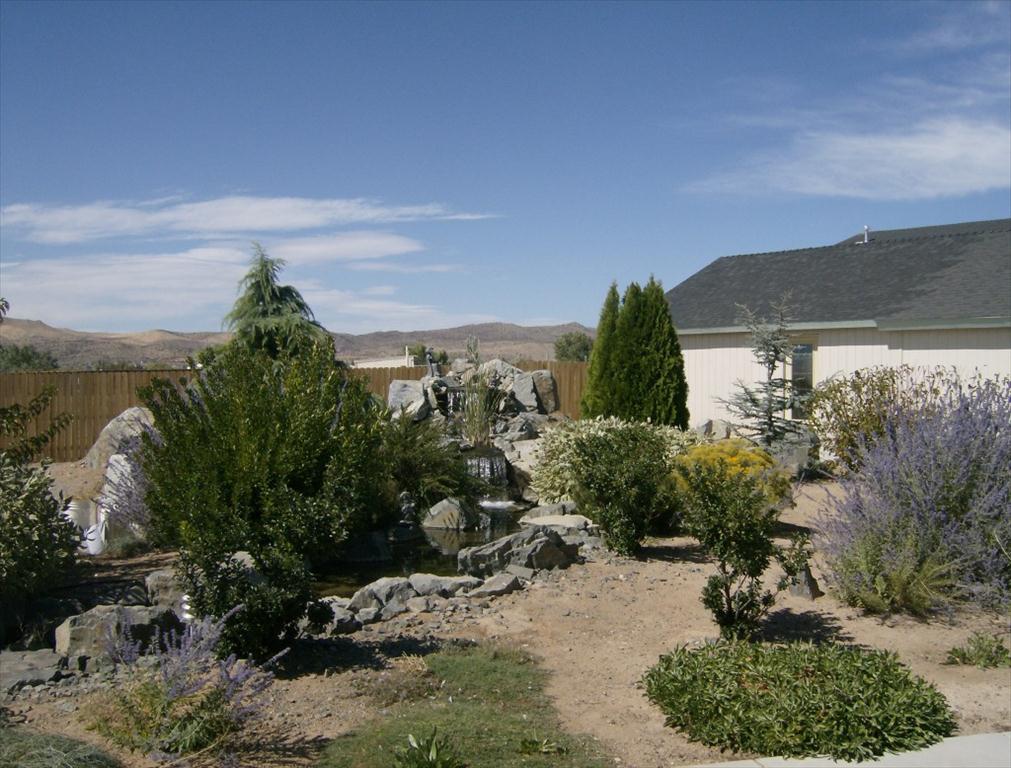 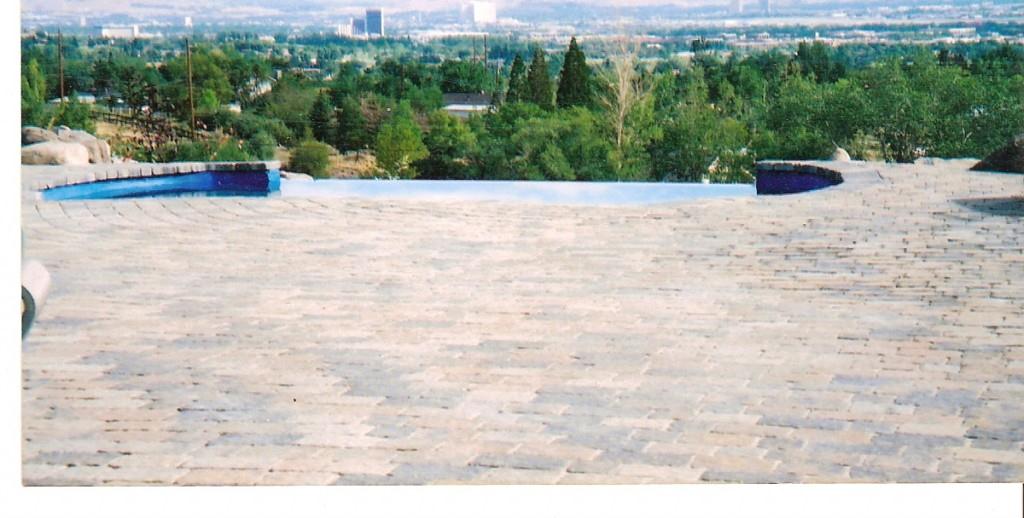 Here’s an old favorite, I often show, but these are at least more recently-acquired pictures: 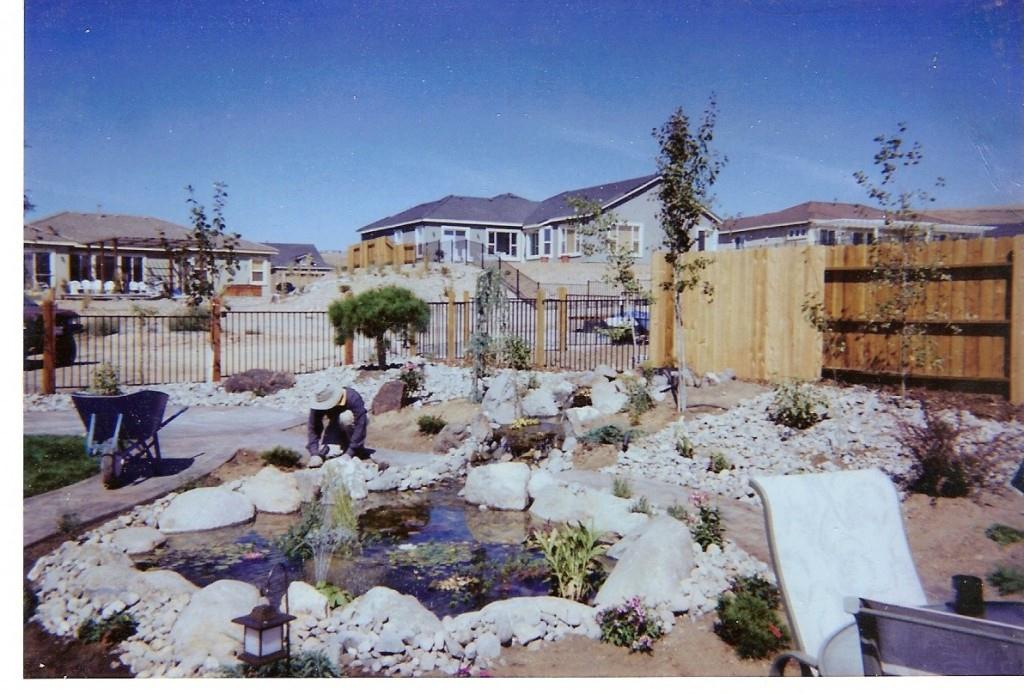 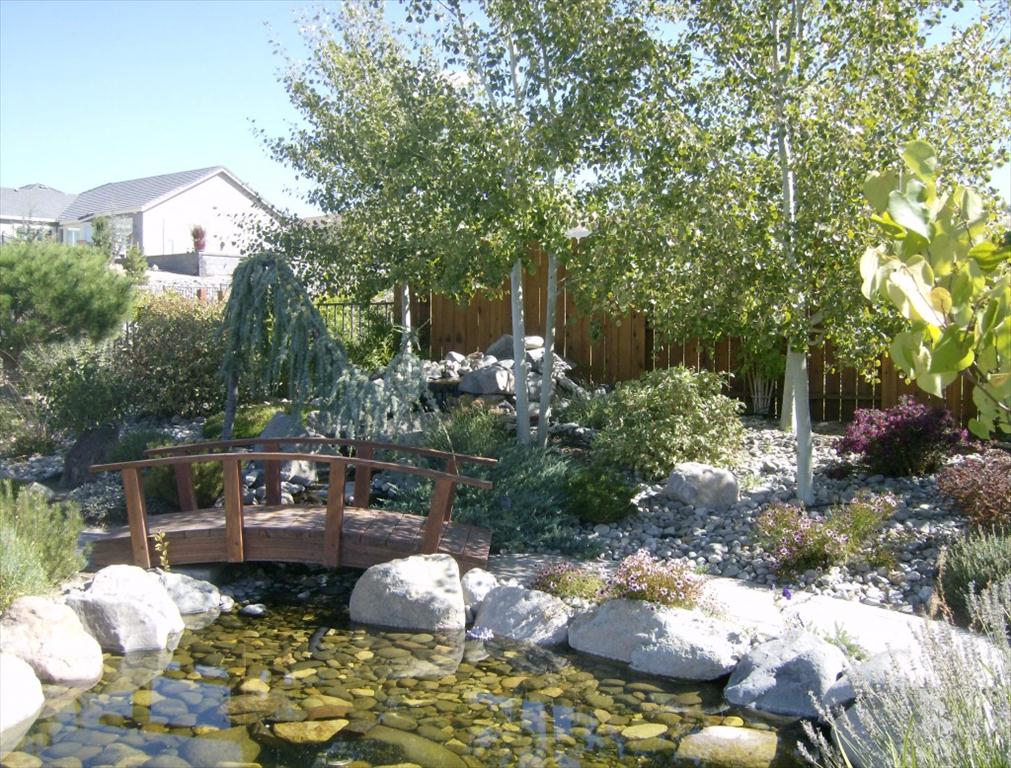 This one is the same general lot as the “Infinity Edge Waterfall” and it’s framework, taken above: 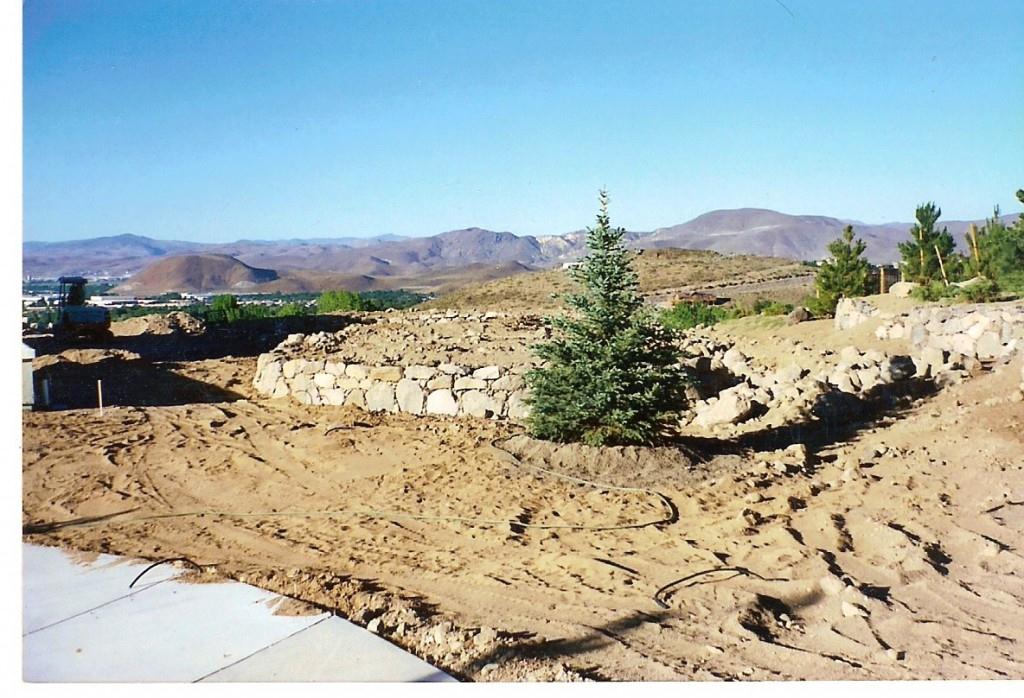 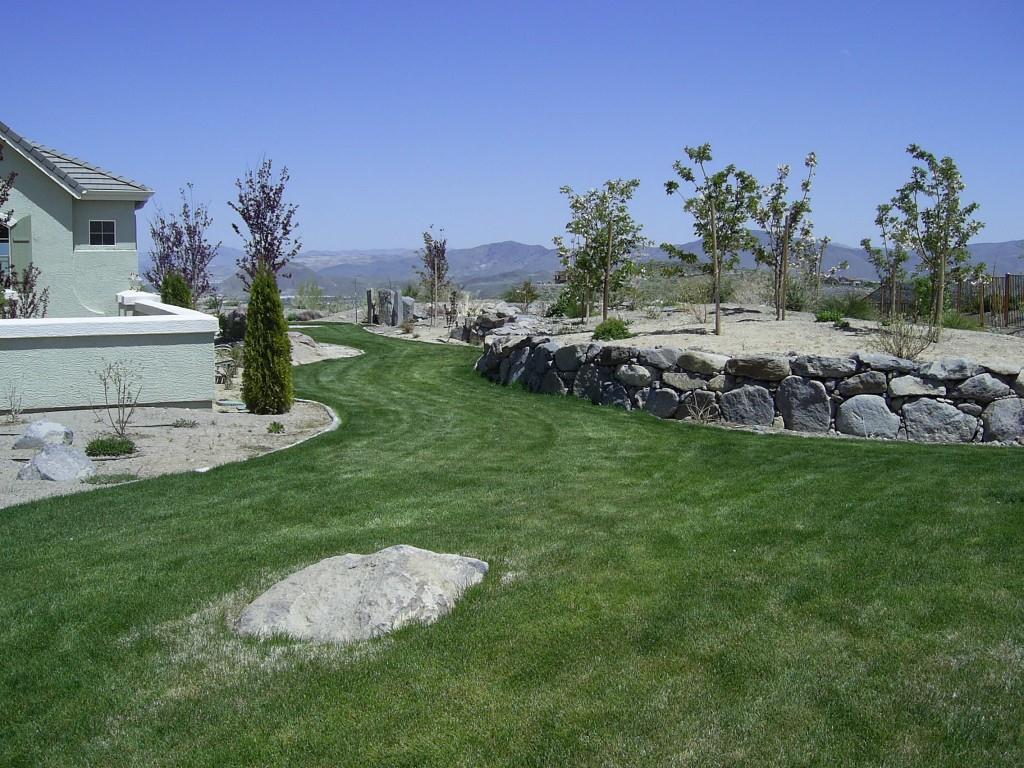 Here’s a nice change – I am particularly attached to this one because of what it took from me, lol. It was 108 degrees the day the “Before” picture was shot. I know because I took them, went out to play ball that night and suffered a monster dehydration “event”: 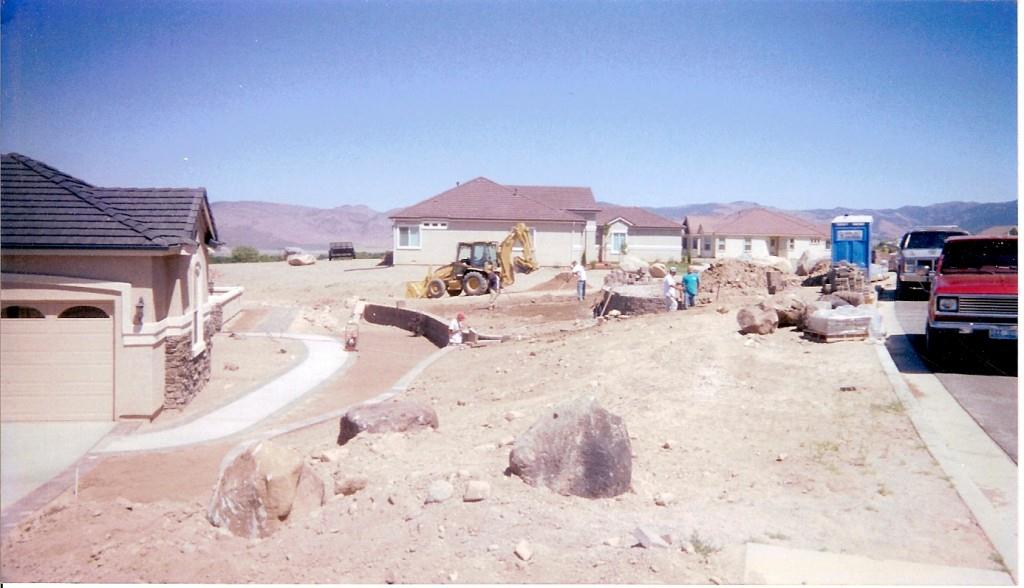 Fortunately, I was able to finish it! 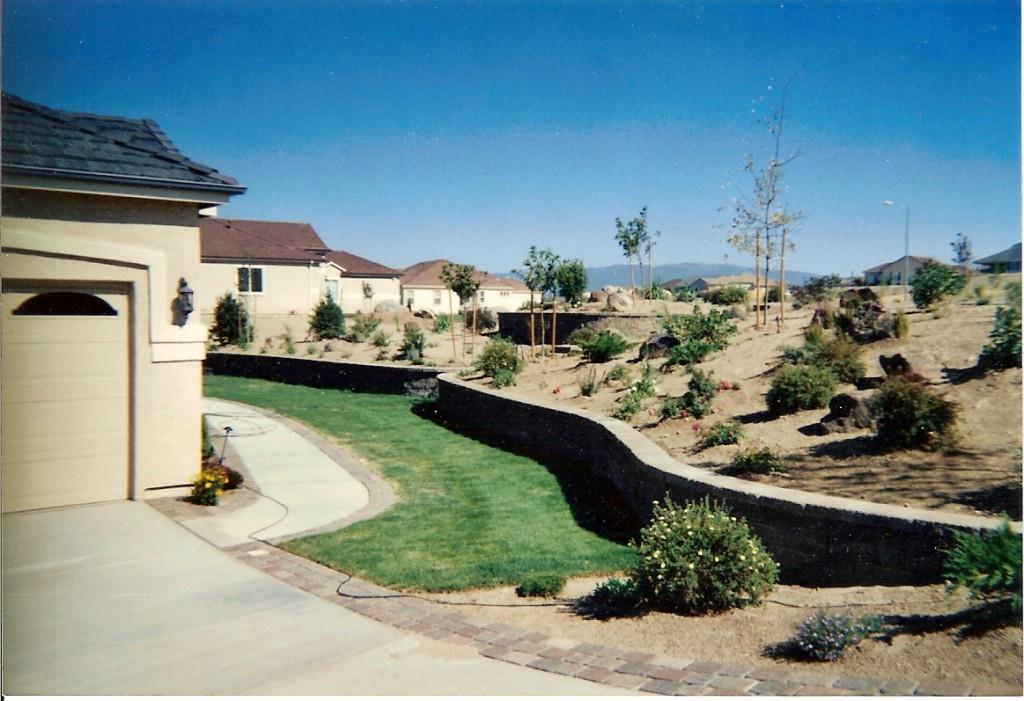 This is a taste of Before and Afters. Next, many more.