The busted hose notwithstanding – now all fixed and working properly –  I made the journey with My Own Mom out to her favorite place on Earth, Bernheim Woods, 15 miles South of Louisville, on a gorgeous, slightly hazy but satisfyingly warm day. We kept the crimes to a minimum on our way out. 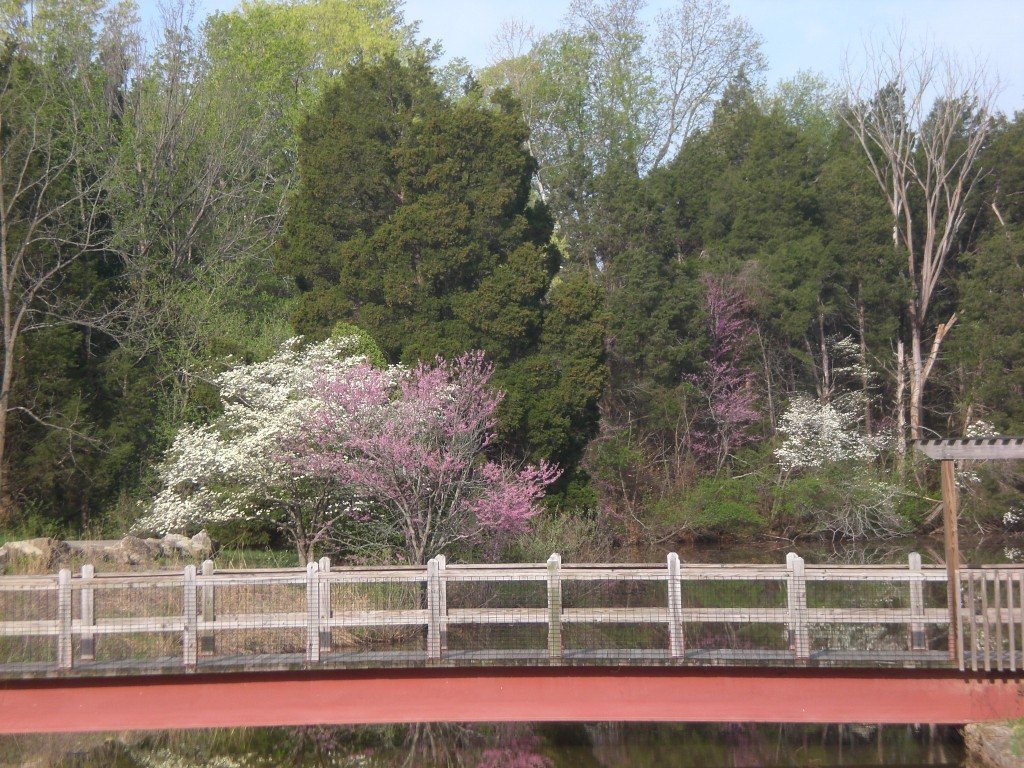 The unusual Spring we’re experiencing – complete with these flirtations with warmth and then ice cold periods following – have acted to preserve a few blooms and fade others. Of all blooms I enjoyed most, the Chinese Pears had a wonderful show this Spring – not buckled by the heat which often sends the blooms cascading down in sheets, but, rather, keeping them fresh for just a bit longer. 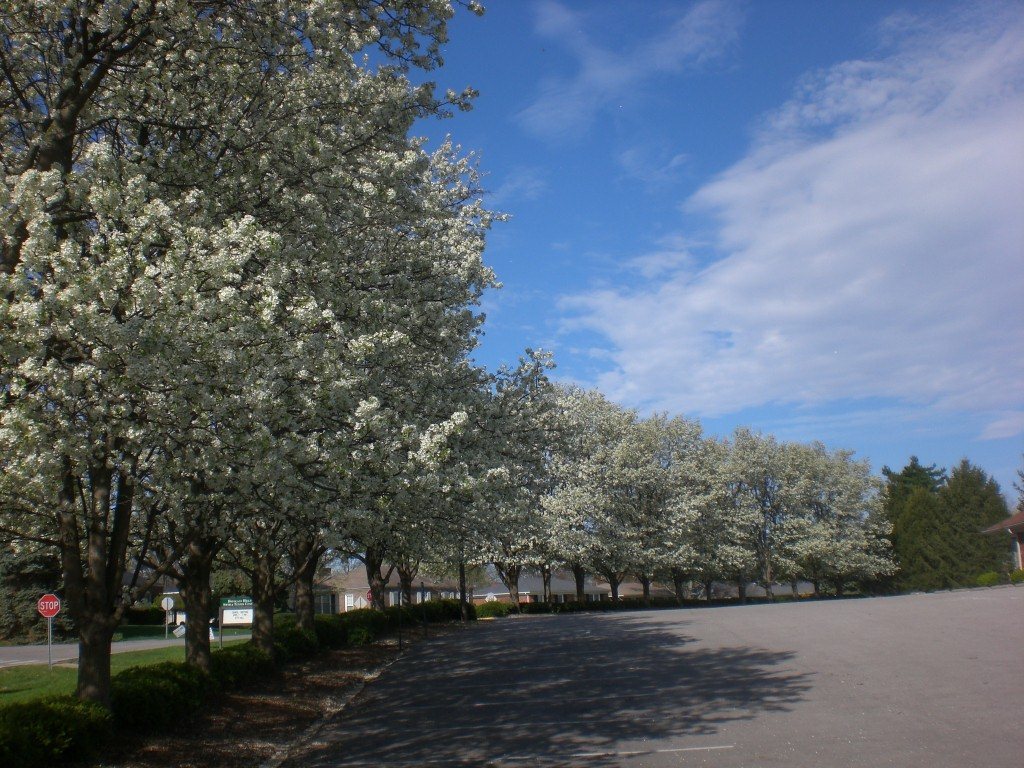 It did put the Dogwoods off a week or so, although they are now pretty much at their height again, providing what I see as a unique Kentucky feast for the eyes. The native Dogwood and Redbud blooms sprinkle local forests like pixie dust, highlighting the fresh lime-green leaves of the Oaks and Walnuts, the Hickories and Maples and making a tableau which is somewhere at an “Urbanite’s Lunatic Fringe of Freshness”, if such a thing could be said. It’s a true Spring scene.

Spackled throughout the forests here, like the best tourist brochure pictures, native Spring-blooming trees provide a warm and pretty picture which every native Kentuckian misses when they get transplanted – to a man. The fragrance and visual delight of Spring Kentucky forests is special, making Spring an entire phenomenon all of its own and comprising 0ne of the purest and most compelling reasons for loving this lush and gorgeous geography. 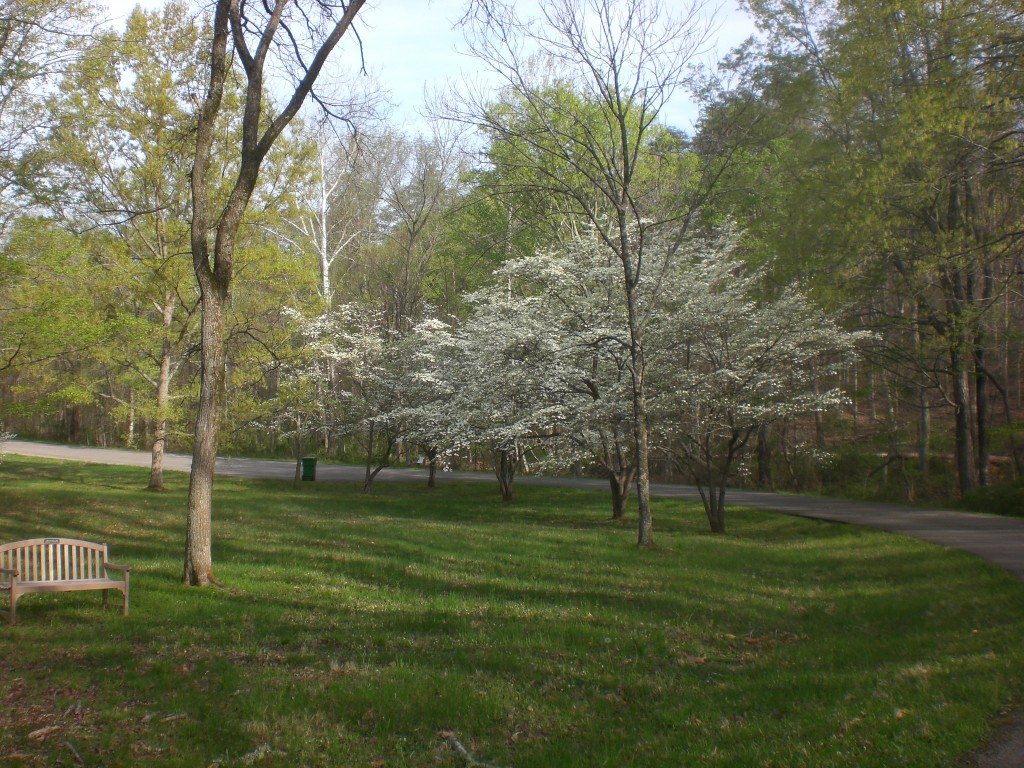 The completeness of Spring seems to round itself off with the dogwoods while less native plants still give out hefty efforts at being as beautiful as genetics can make possible, such as this nice Soulangiana Magnolia. 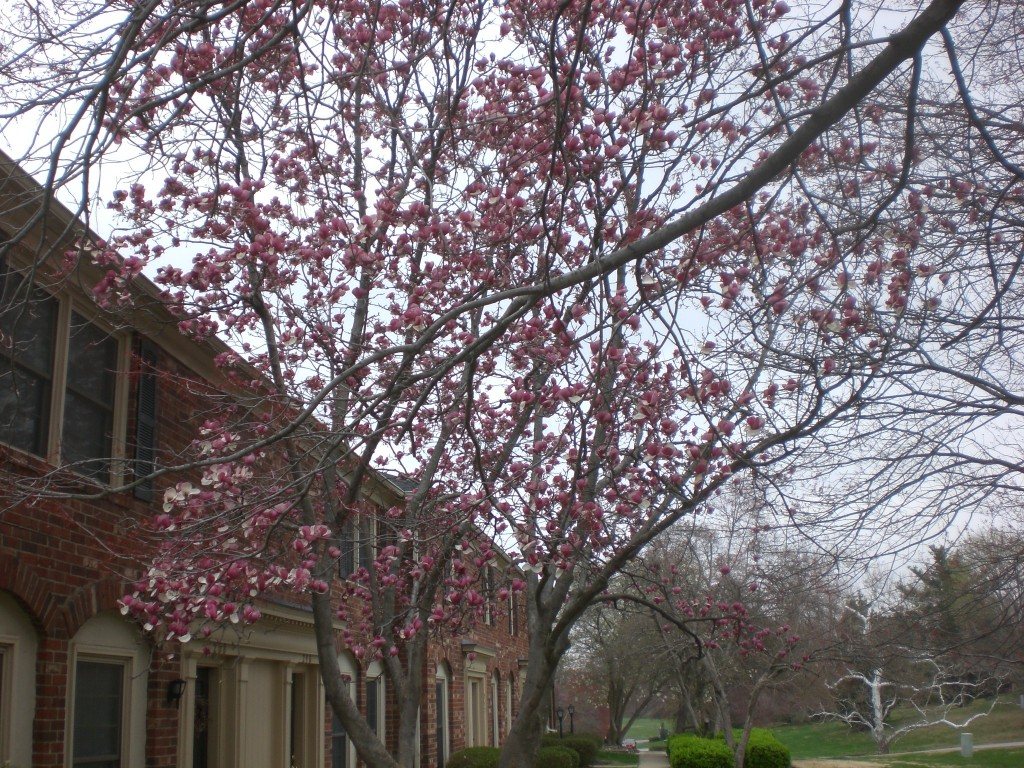 But, still and all, Bernheim shines yet again with absolutely pristine local character, some by design, other by the strict cooperation with Nature. 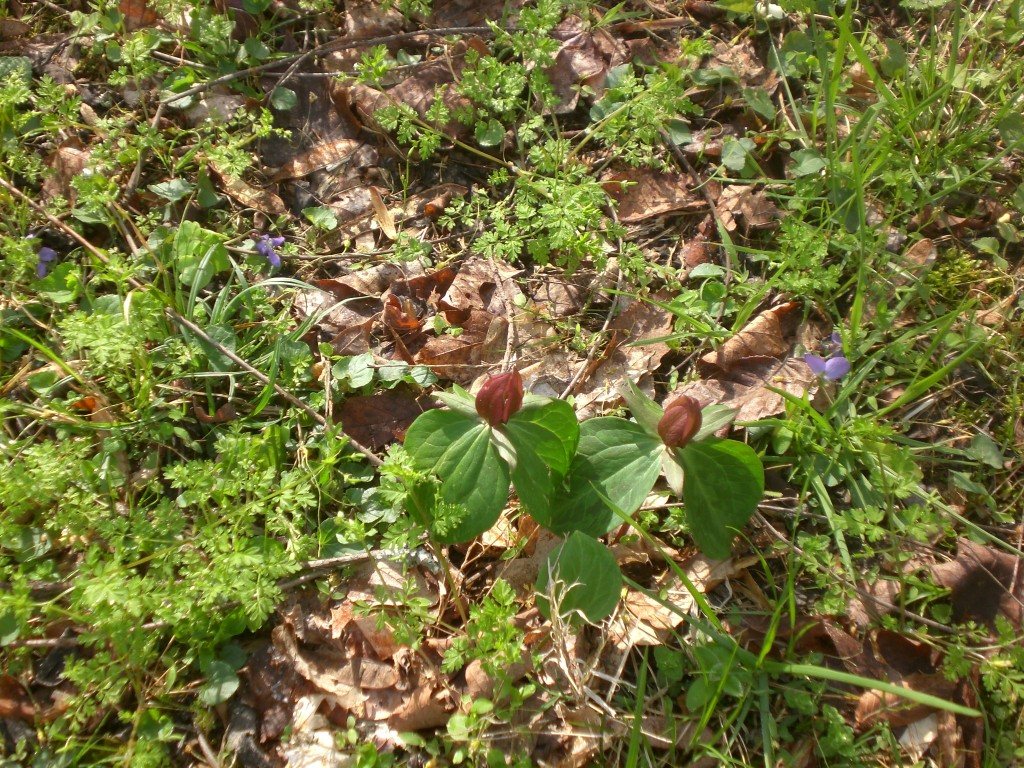 Here we have the somewhat rare Vasey’s Trillium, a native with an unusual brown flower and the tiniest of flowering periods. We felt extremely fortunate to be able to catch this one at its prettiest phase. While other trees and shrubs had bloomed already and dropped, these little gems seemed to have waited for us as we tromped over the where we had observed them a year ago. “Voila!” – there they were! 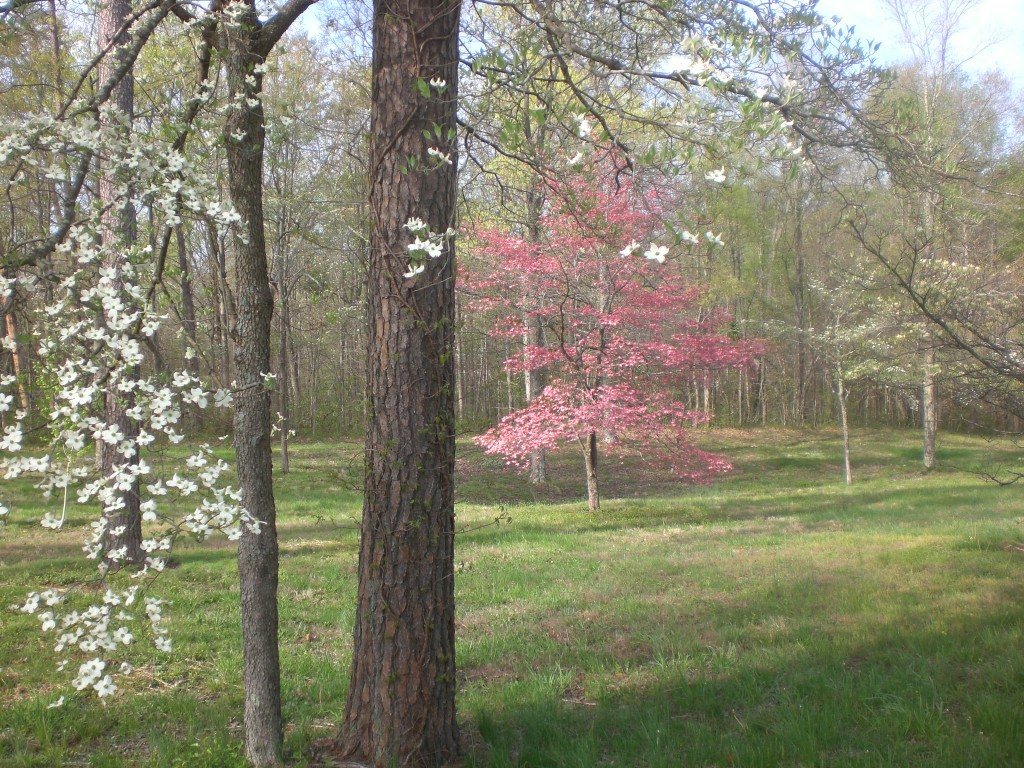 I attached a completely anthropomorphic activity to the entire scene in the picture above:  a classic look at a pretty ballet soloist, using her grace and natural ability to achieve an act of rare beauty. I was struck by this scene’s simplicity and its restful but sensual color and form. 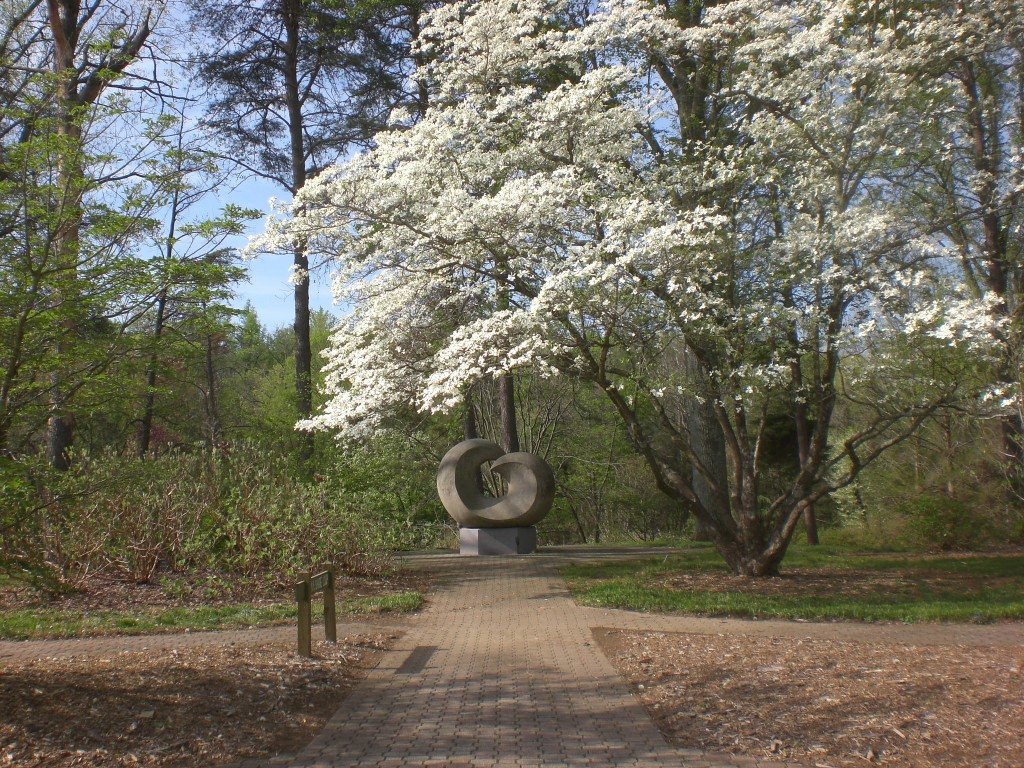 Bernheim, like my other favorite parks, Hidden Hill Nursery (Bob Hill) and Yew Dell Gardens, features human creations other than the landscaped grounds.  Nothing focuses the mind like a riveting sculpture, perfectly situated in its own grove.

And then, of course, I also like the Supernatural part of the park – among others, the Magnolia’s. I realize there has been some die-off recently from the severity of Winter Storms in recent years, but the remaining supple suckers still put on an impressive show. Magnolias are ridiculously photogenic, for one thing. 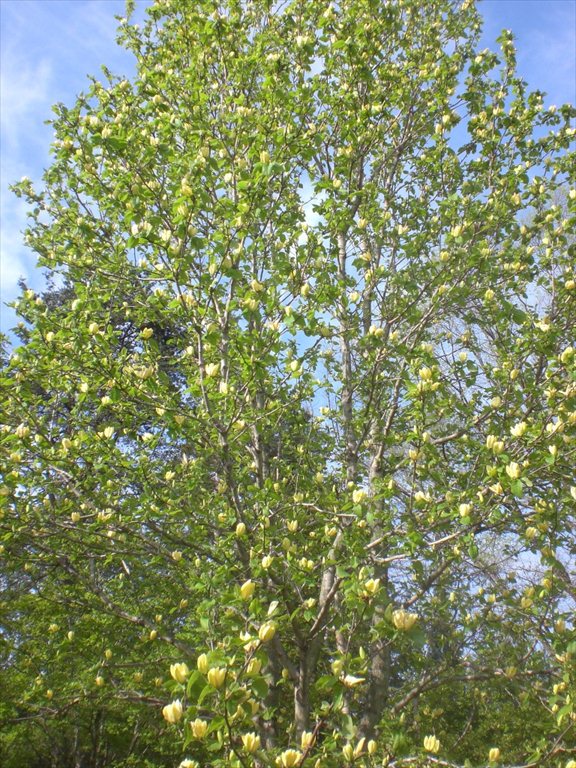 I have a real thing for the yellow-blooming Magnolias. I planted two large trees here in Louisville last Fall and they should be happening now. I just think they may be the only plant I ever saw that looks “lit up” at daytime.

Anyway, the plant is new to me and it’s a current rave. It may be old hat to a lot of people, but for someone still somewhat new here, it’s another dimension.

The yet more photogenic Magnolia’s make their bold little splash below: 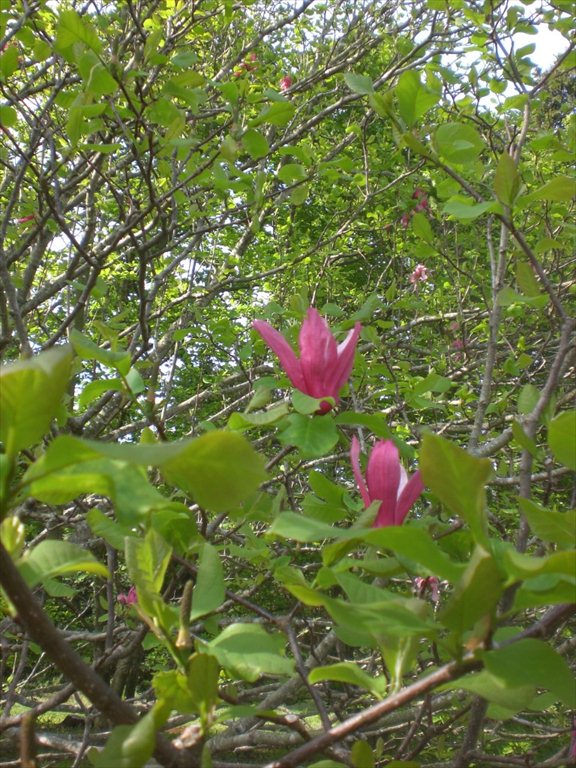 Enlarged is how this picture needs to be seen. It’s pretty busy! 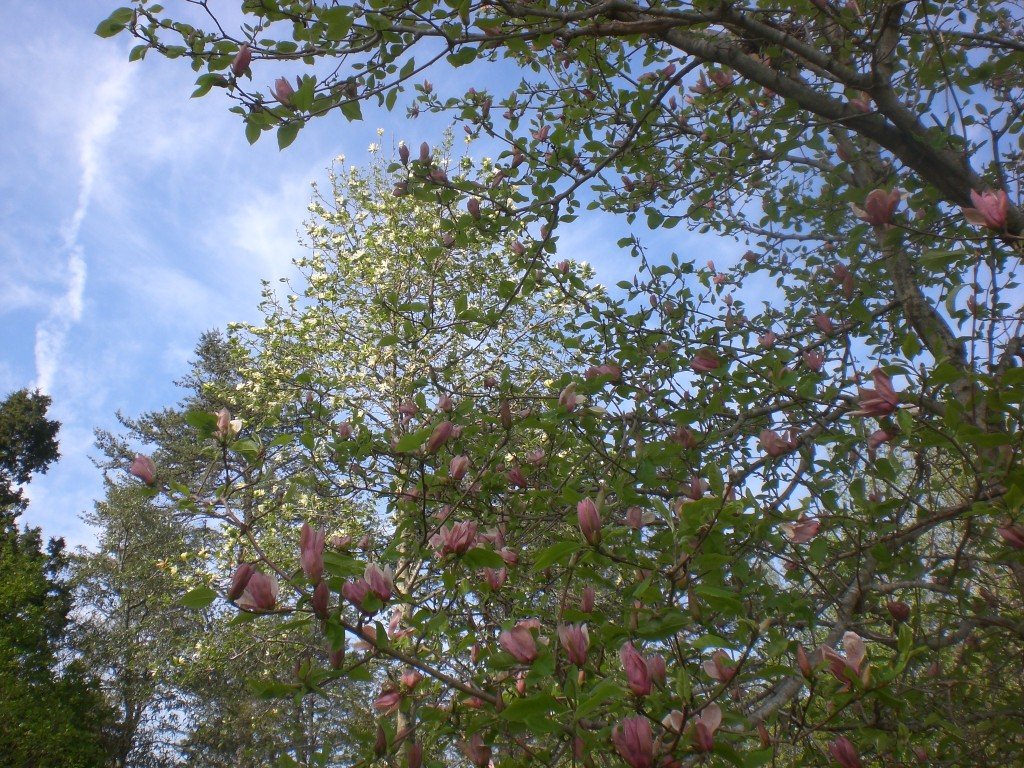 Eventually, we went and walked along a small creek that courses through the grounds. This one is where Mother had spotted Siberian Iris plants hard by the banks of the creek bed in year’s past. Sure enough, they were busting out.

And the creek is more “Kentucky” than Kentucky is. 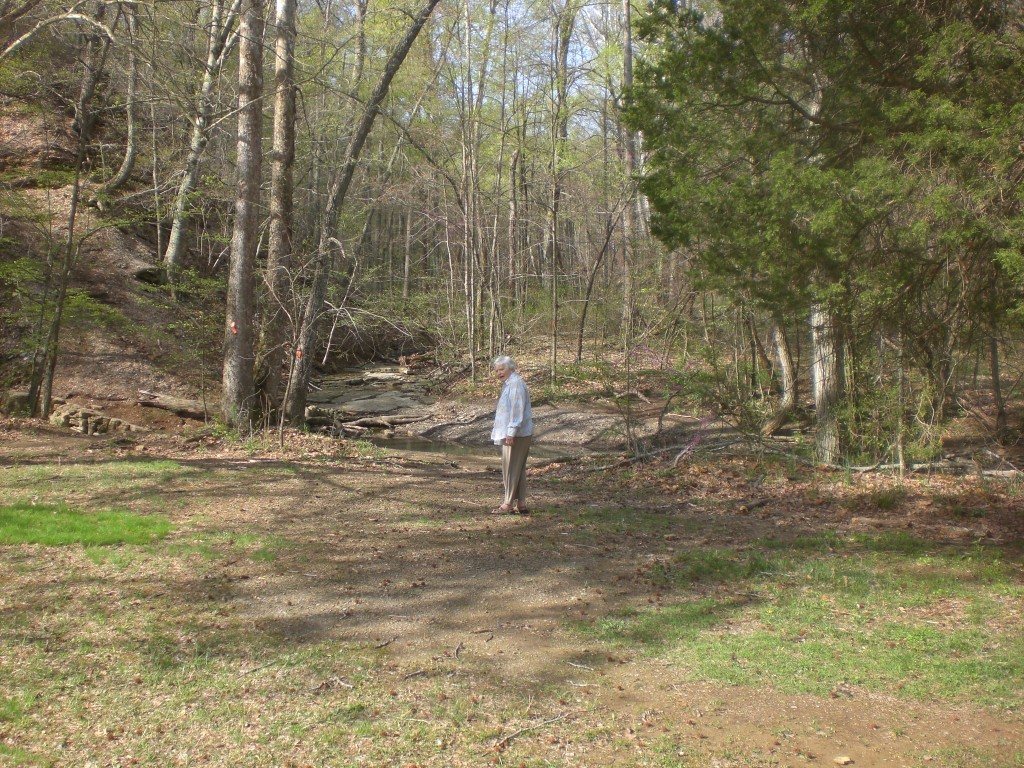 Yes, that is My Own Mom, looking fresh after a small crime spree we went on. (It involved a bazooka and an Eggplant….long story. 😉  oh, and an Anteater.

And here’s that creek:

Louisville has some of the greatest creeks. All that limestone and the tough cuts made by water over incredible lengths of time. As a child here, I vividly recall hunting for arrowheads and Civil War relics. Fossils were very much in the mix as well. Many was the time I traveled with a pocket full of rocks which – come to think of it – says more than I care to say about how I ended up.

Looking down the other way – 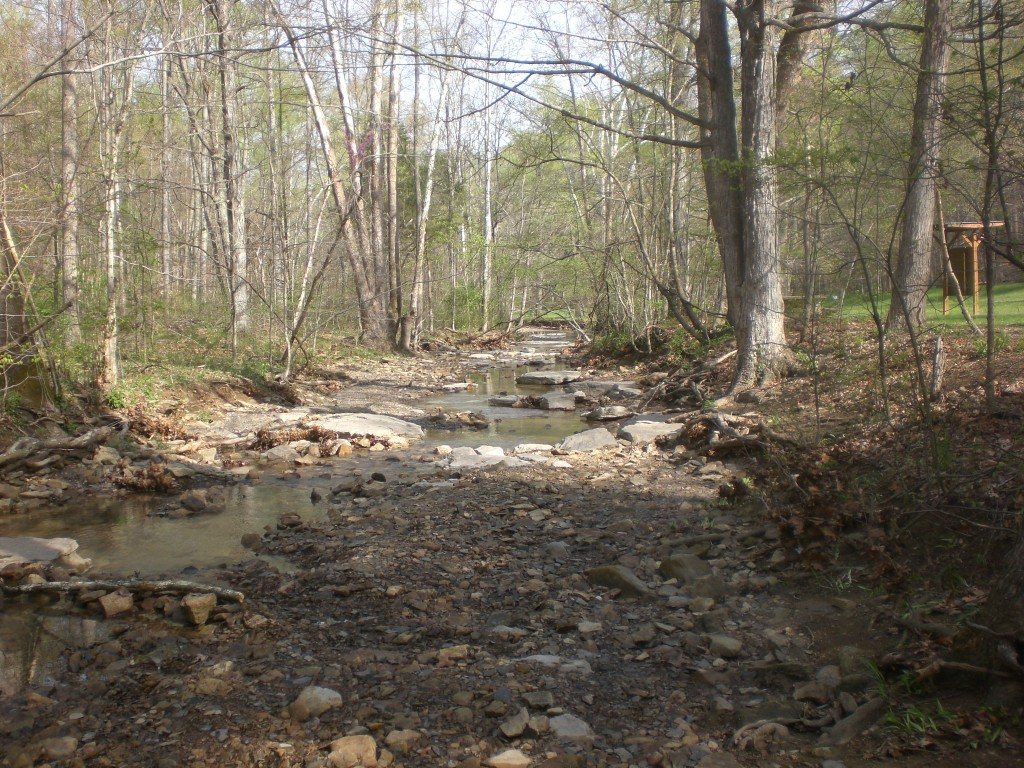 On the way home, that Anteater got loose in the bank we went to and made a real mess. We’ve used that scam quite a few times and it has paid off handsomely.

We’ll get over to Audubon Park in the next couple of days. It’s always dogwood crazy. 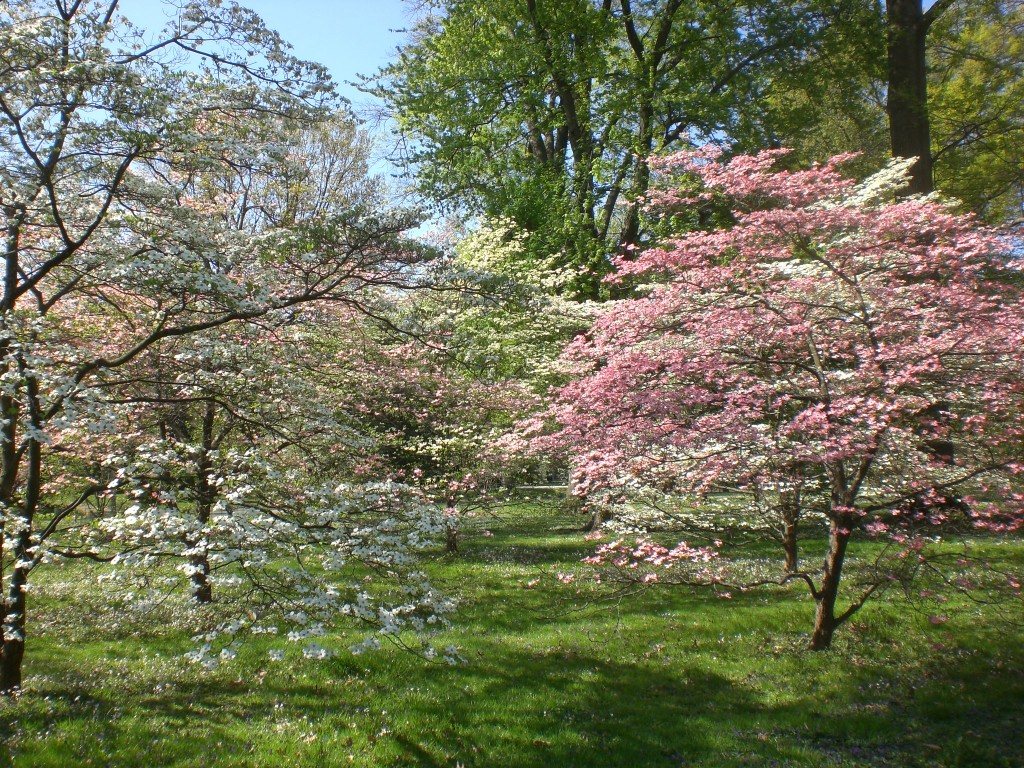