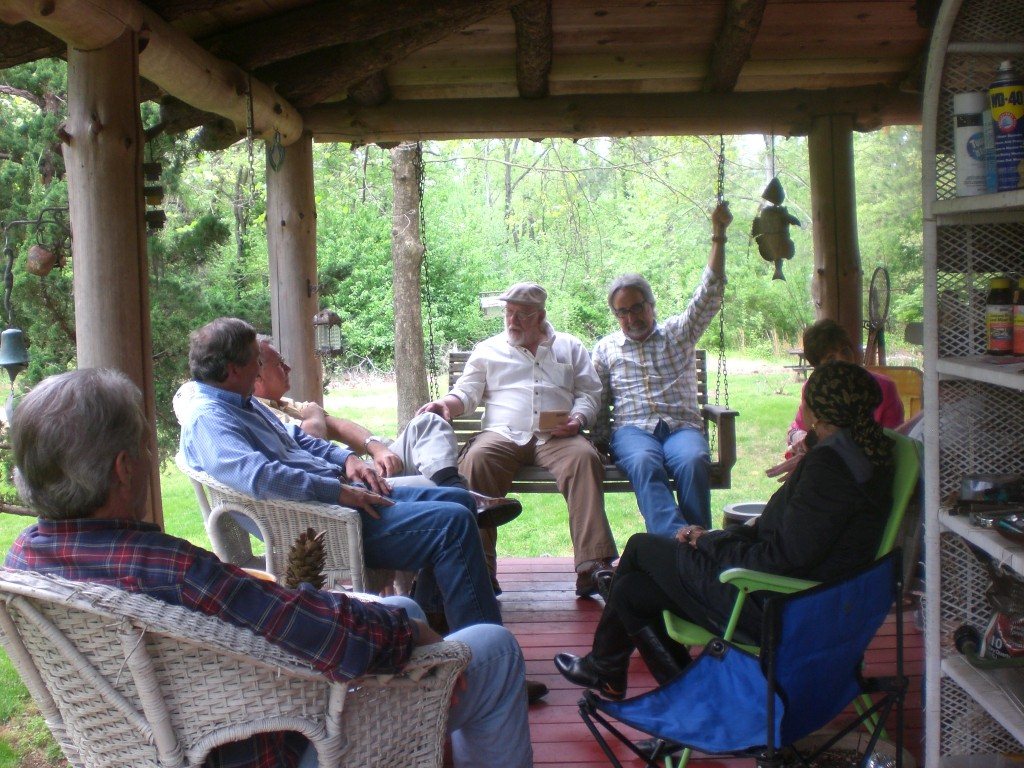 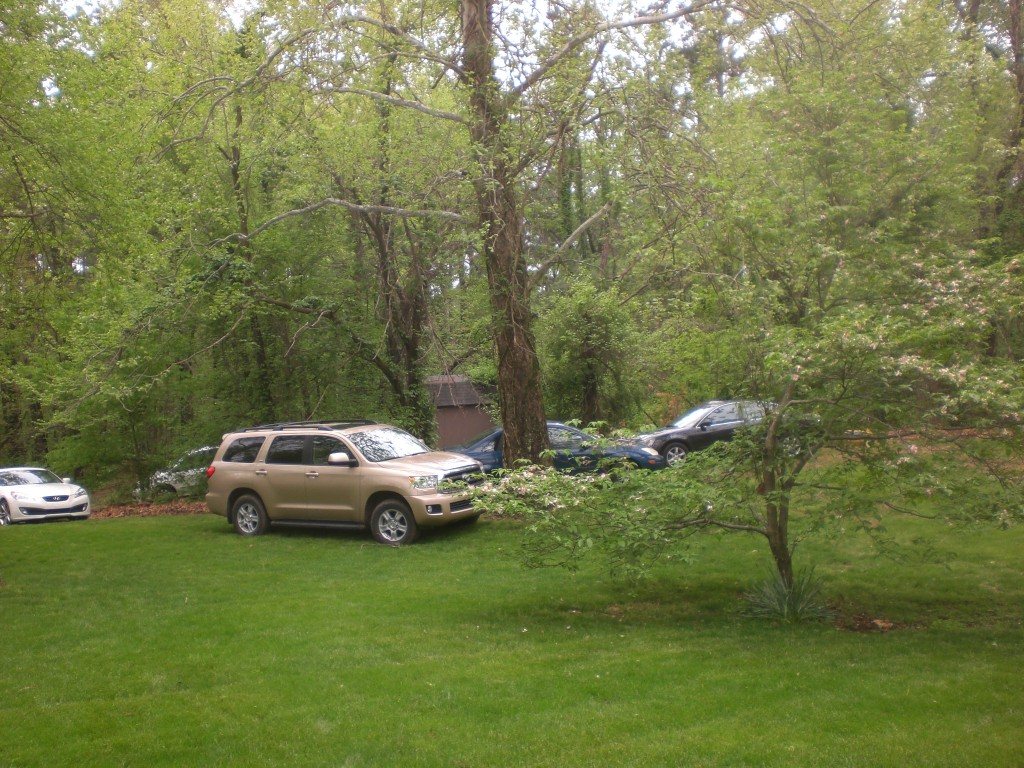 Bobby’s freshly unceremonious ceremony…………. Perfectly-held for the man who may have been the least pretentious person his friends and acquaintances will ever meet in their entire lives.

We really and truly had a great crowd……..there were some tears, some grateful and comforting and oh-so-human hugs and lots of laughter in an absolutely captivating series of loving memories. If I had to capsulize my impression of things, I would probably say the day was an utter delight – in spite of its function – which was also served.

Bobby’s daughter Morgan and her friends and equally gorgeous soccer mates were there to provide the perfect splash of youth, beauty and the caring spirit which Bobby was always so instrumental in somehow manufacturing in a world which seems not to value that as much as it once may have. His touch was everywhere, in the modest and grateful spirit of his wife, Kim and in the freshly-bereaved Morgan, whose support system is the envy of the English-speaking world. (She is the beauty on the left in the picture below). Let me be as clear as possible – these are some of the nicest persons on the planet.

Let me add this, in praise to the arrangers – of whom there were so many. If food were a measure of a man, judging by what was given at this event, Bobby Miller was a daggone Giant. Suffice it to say, the comfort food was off the charts – not only in quantity, but in quality. 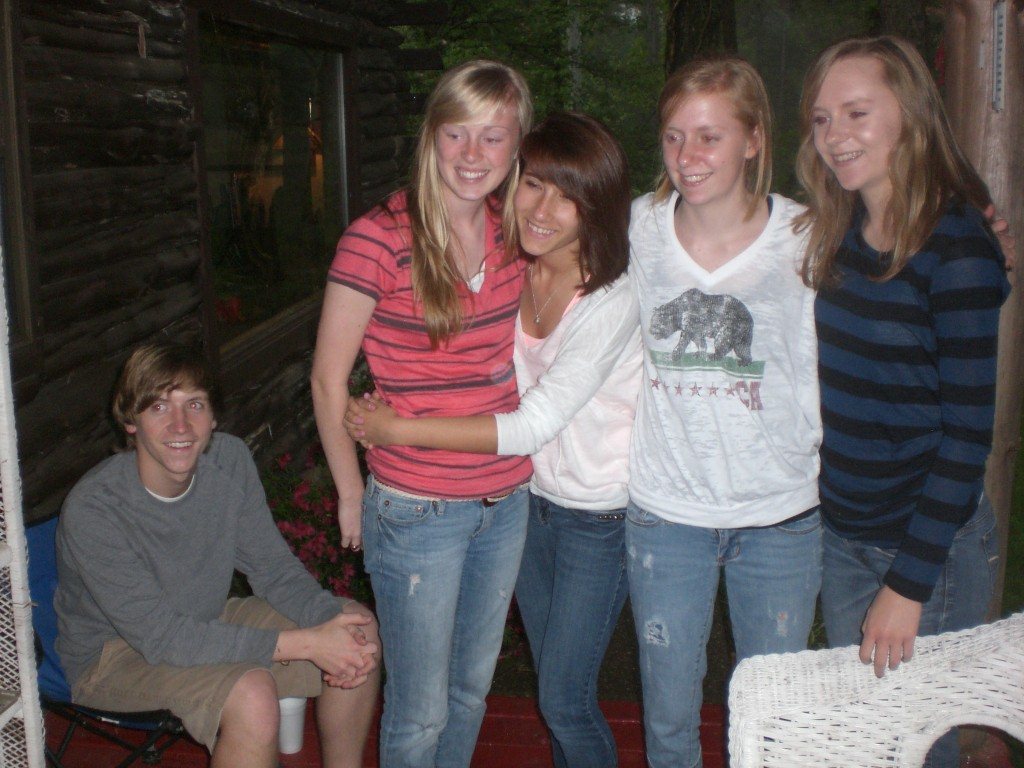 I just drove back from Owensboro after attending this nicely informal ‘wake’ for my great friend Bobby Miller who passed away last week. The party was held outdoors and indoors, enduring torrential rainfall a couple of times during the affair and even the sounds of tornado warning sirens in the distance more than once. It was sort of a revelation – In this iPod, Blackberry world, we were able to access more specific local weather events immediately and we did hear of a twister which landed not so far away, just to make things more exciting. Man, it is also truly an rather severe April to remember, weather-wise, with more electrical storms than many natives have ever seen – all in a non-stop series of storm  events, tumbling along one after another.

Crossing the Ohio River and dropping down into Owensboro from the Indiana side revealed a cresting river, spilling over it banks into nearby fields, the farmer’s plains, as it were. This area is so flat near a river which – like the Yangtze or The Nile – is quite famous locally for its Spring Time flooding and dropping some rich silt onto these fields which, in 5 months, will be sporting corn or soybeans in a vast green swath of agricultural Plenty. 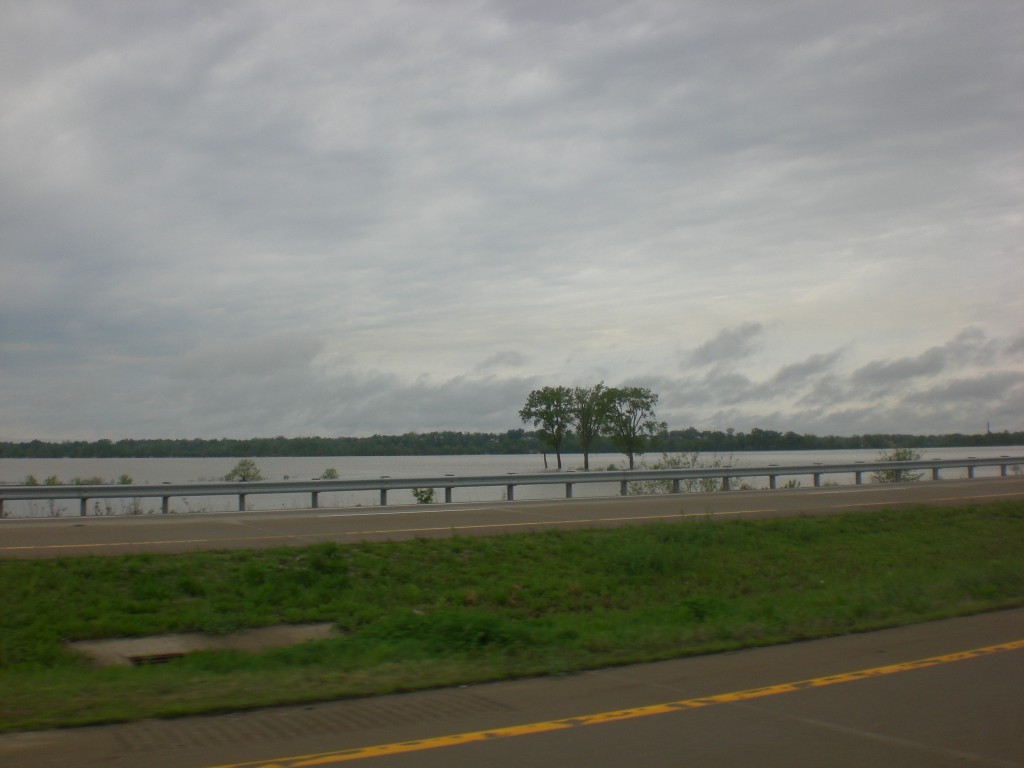 But for now?  You can’t see much dirt, can you?  😉  That, for the record, is those afore-mentioned fields – they are just a bit underwater currently. The river itself is a good 3 miles North of this, in the distance.. 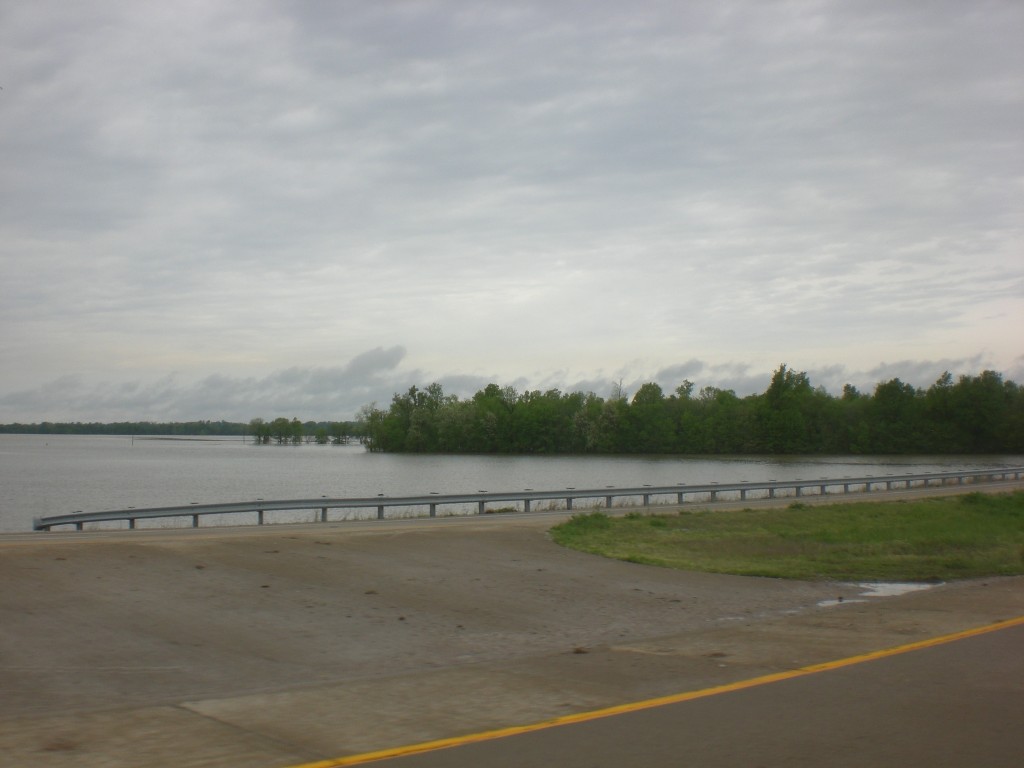 But it was gorgeous, too – warm, sultry air, the humidity completely off the charts in 73 degree weather – the Springtime features like the profusion of young lime green leaves maturing in this deciduous forest, dogwoods and other ornamental blossoms bursting out with even some shrubbery nearly ready to join the horticultural party. 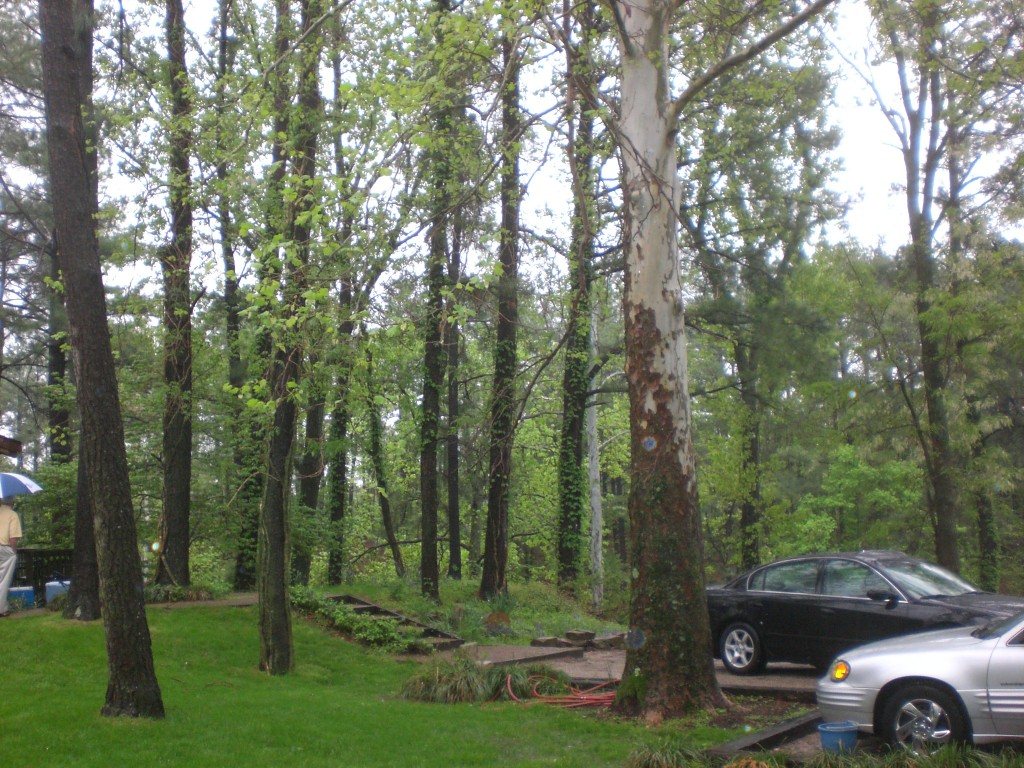 As I mentioned, my friend Bobby was quite an amateur landscaper, having done all his landscaping work himself as well as building the home. He used the local flora to augment his planning, making this gorgeous green expanse butt up next to the forest in a seamless, natural way, transitioning the parking area to domestication up a small set of stairs and surrounding his home with absolutely luscious perennials and azaleas. 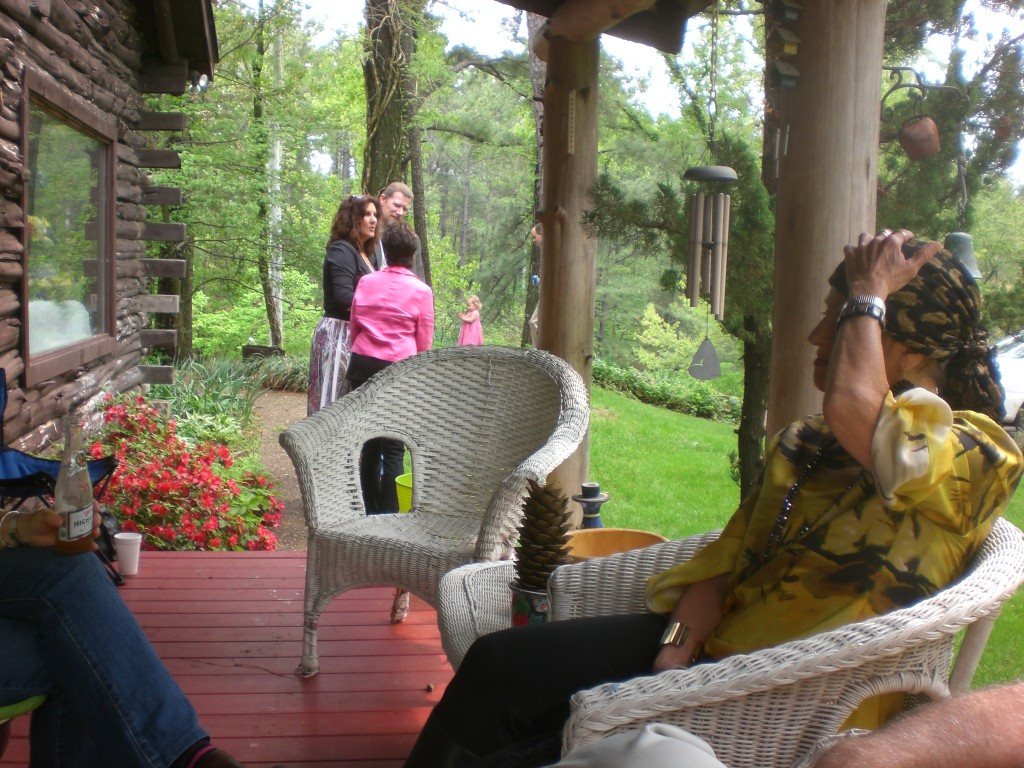 I’m kicking myself for not getting a picture of the Columbines which were just beginning to act out, but then, there was so much compelling interaction to be had on the human level, I would go hours before remembering I had a camera. Low tech Man! 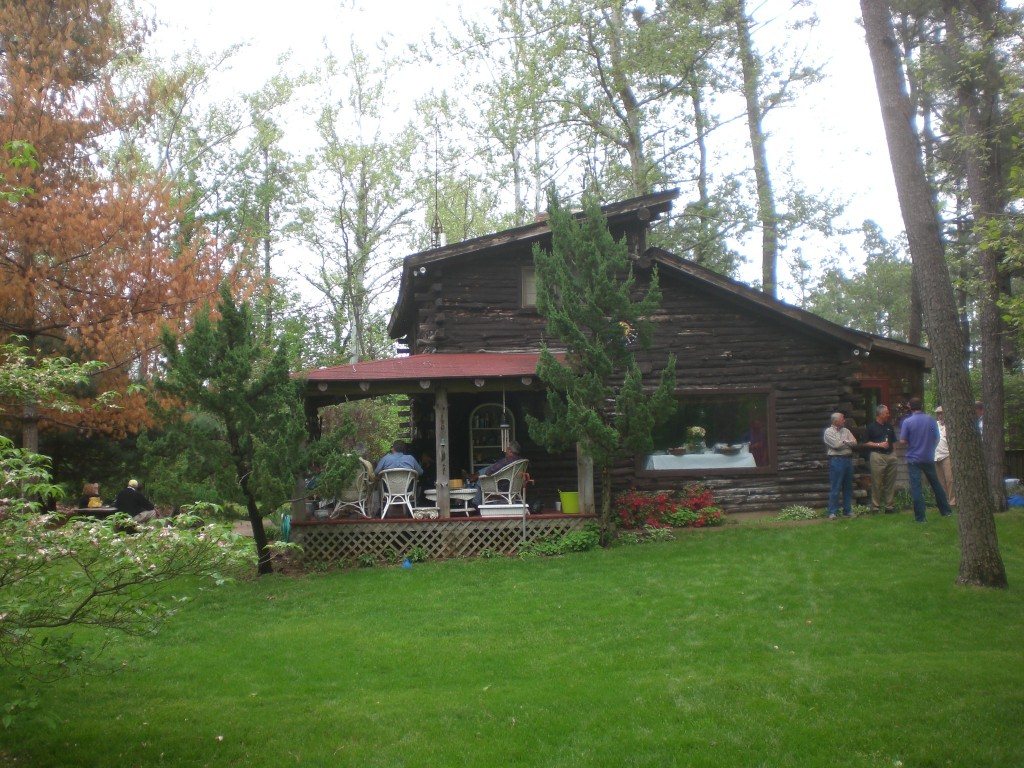 Here’s a glimmer of the activity above, complete with the dead White Pine in the rear yard to the left which someone asked my analysis of. 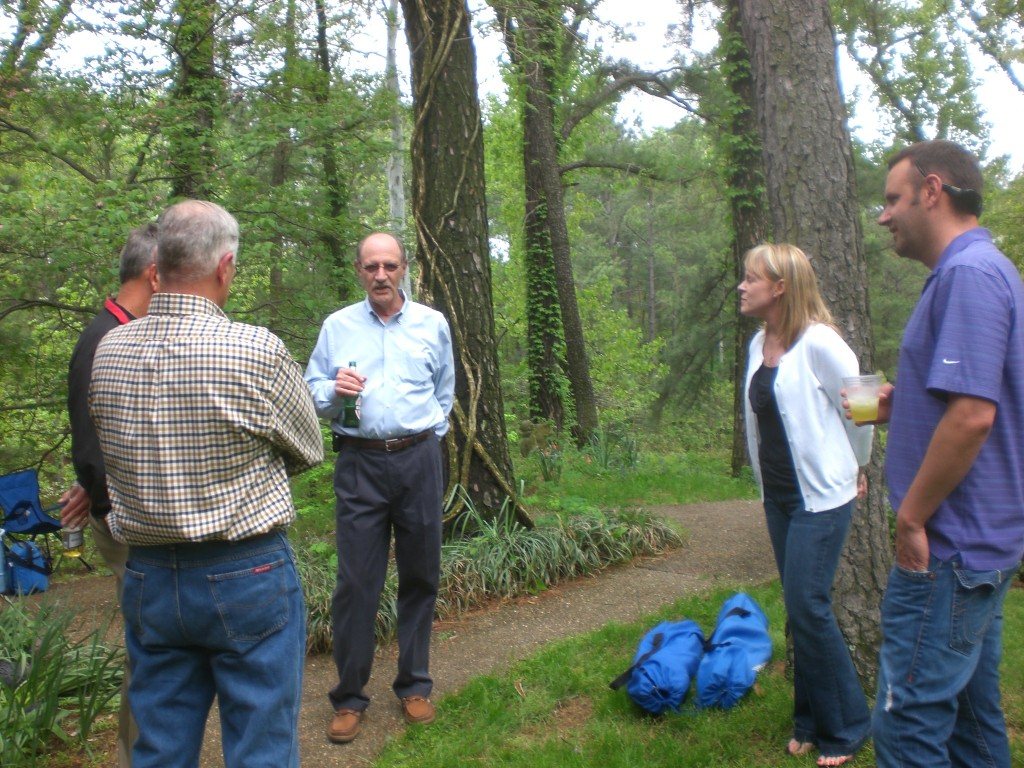 It was especially deeply rewarding for me in that I had grown up with so many of these folks and then moved so far away for so long. What was so especially rewarding for strictly selfish reasons was the sense of “return” on such a deeply emotional and thoroughly “connected” basis.I was seeing old friends I’d known when I was 12 years old and who surrounded me and influenced me all those long years ago. These people are a part of me, embedded so deeply they can’t be peeled away. They are the statues, the icons in my own native experience and they all make up who I am this very day. 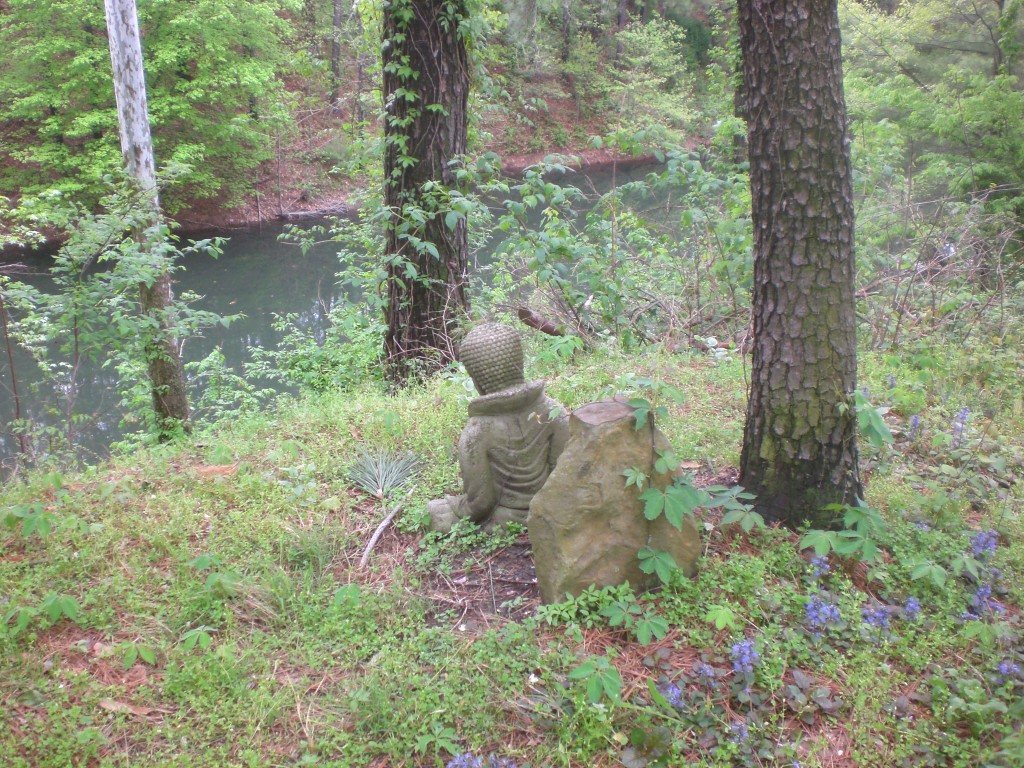 The amazing sense of unconditional love, of friendship and of our human commonality on this day filled me with a religious type of spirit. I turned away with a couple of tears more than once as I saw others breaking down on their own, over a story, a memory or simply just because of the overall sense of the moment itself. This was a very religious event, in the end, our bidding goodbye to our precious friend, father and relative. Bobby Miller sooo got the send off he would be so proud of.

6 thoughts on “A Note On Friendship – Life’s Passages, Love And Nature”