Things move so fast in our world. Every day, by plying away with so many hours at the computer as I seem to any more, I learn so much which is new to me and I see such wonderful accomplishments by others. It really just blows my mind. What one would consider a very tightly-niched subject – paving materials – is frankly immense, it turns out. What has occurred over time is a stunning array of breath-taking artisan creativity, from even ancient days up to now. 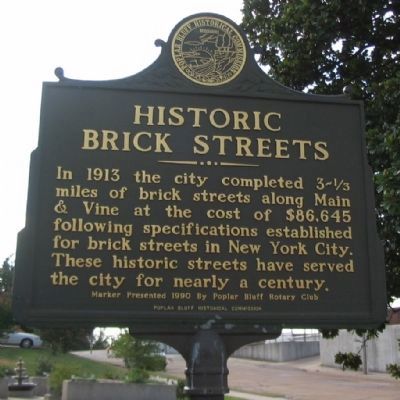 I am old enough to recall a time when “interlocking concrete bricks” was a term given to either the straight-ahead ‘blocks’ of square and rather boring brick pavers or to the ‘star-shaped’, or the serrated engineered brick of the past. At the time, the revolutionary aspect of this product was in their structural properties, above all. With a PSI Rating of 8,500 PSI, they seemed the next thing to Granite itself. By using manufacturing processes which produced absolutely perfect fitting elements, the segmentation and the physical durability seemed just plain off the charts, even then. But they were not known at the time for being particularly gorgeous.

My, my, what a few years has wrought: 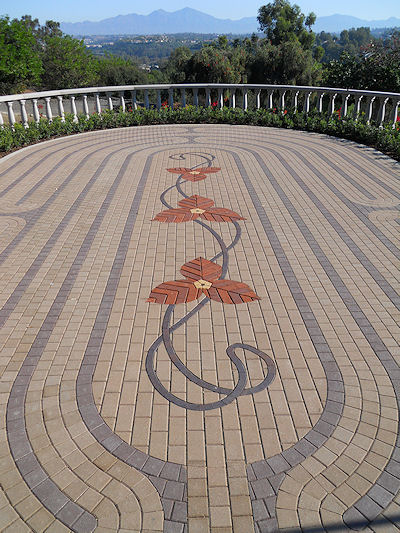 This piece above was installed by a company entirely devoted to installing “Labyrinths”. I adore looking at their work and gladly share it with you now. Their success as an incredibly successful niche business is testified to at this website – Labyrinths In Stone – and it supplies the outermost reaches of sheer professional craftsmanship, to say nothing of their fascinating designs. Below is a somewhat “pedestrian” issue of almost “average” quality: 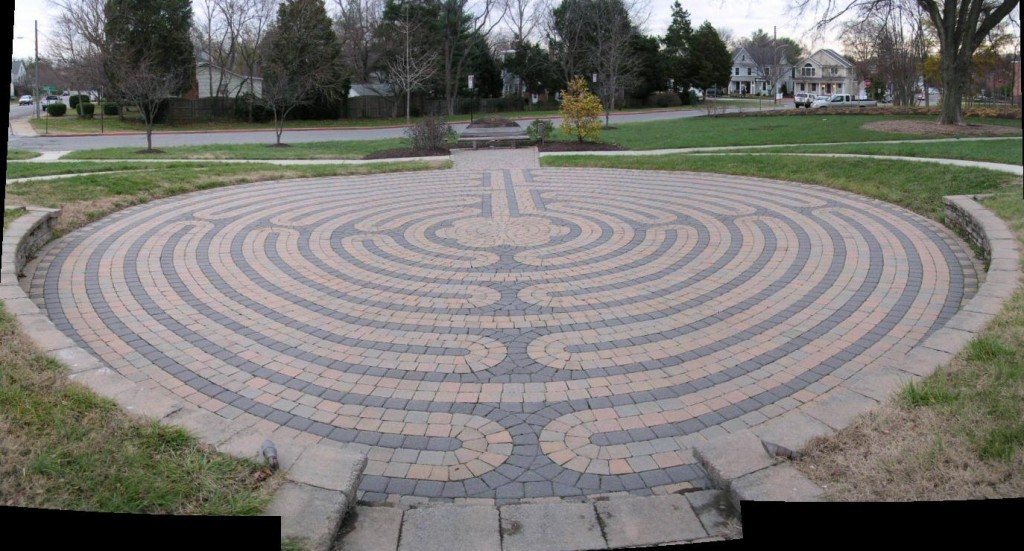 But these gorgeous constructions are mere reminders of what is possible. I have personally worked with products whose mere shape and color provide a stunning effect, simply by laying them down properly. Design, in these cases, means far less than simply presenting a course over which they can be seen.

Here is a favorite brick style of mine called “Bishop’s Hat” (Tan and Cream) we installed for a Reno family:

(enlarged, this looks incredible, even up close) 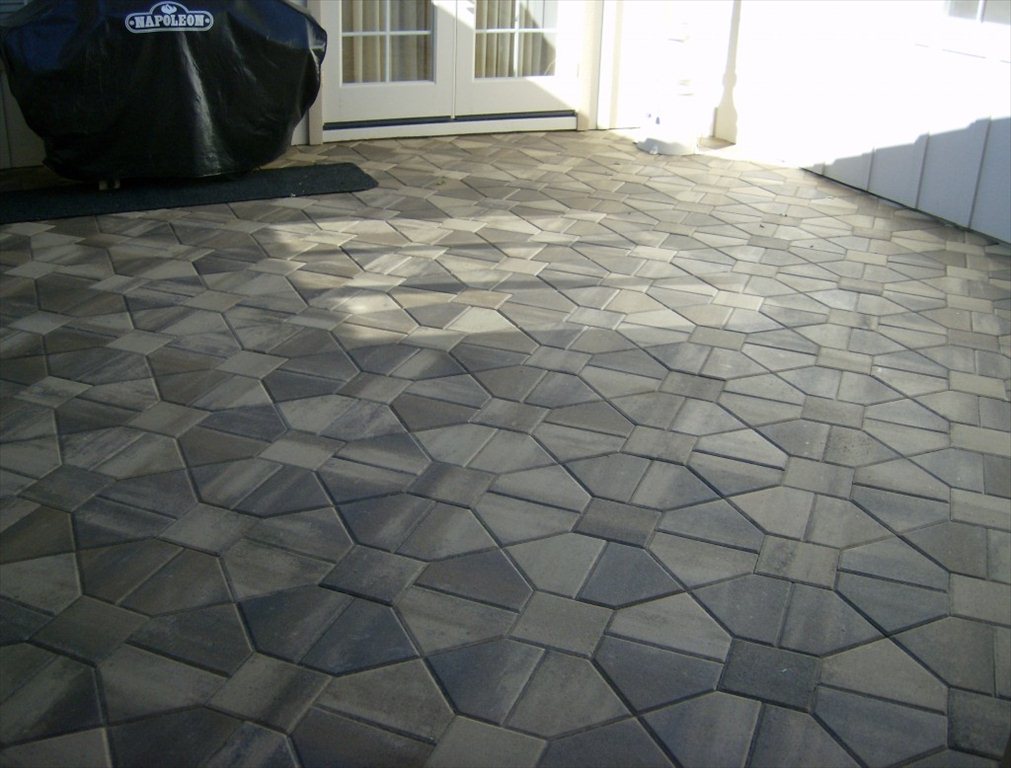 There are some things which – installed in the right spot – make it more than it was and maybe better than someone might have hoped. Paver technology has advanced like a rocket, from occasional patios and walkways to entire airports such as that of  Hong Kong. Once again, as I have mentioned often in this blog, their innate durability, their breath-taking level of ‘hardness’ – 8500 PSI – and their amazingly engineered tight fit make them a superb choice of surface. Obviously, the ability to simply replace those ruined by stains or breakage factors in as a huge plus.

But suppliers and designers of brick also brought an “Antiquing” ability, by tumbling pavers inside sand-filled machines and prematurely aging them. “Tumbled Pavers” now represent an entire niche of their own and supply a very ‘walked-on’ appearance. Combined with media such as concrete edging, the results can be impressive: 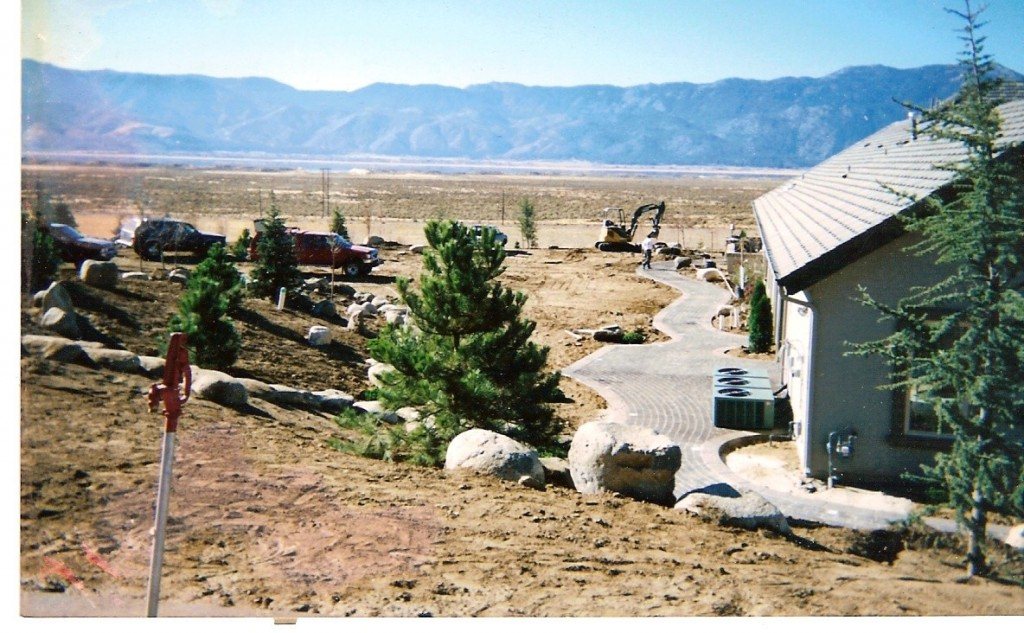 My own constructions, for example, have led from the above to the below over the course of an ‘old favorite’ project:

(combined with the soft security lighting (7 Watts) along the edge, this very rural home had a minimum of interference with the gorgeous night skies.) 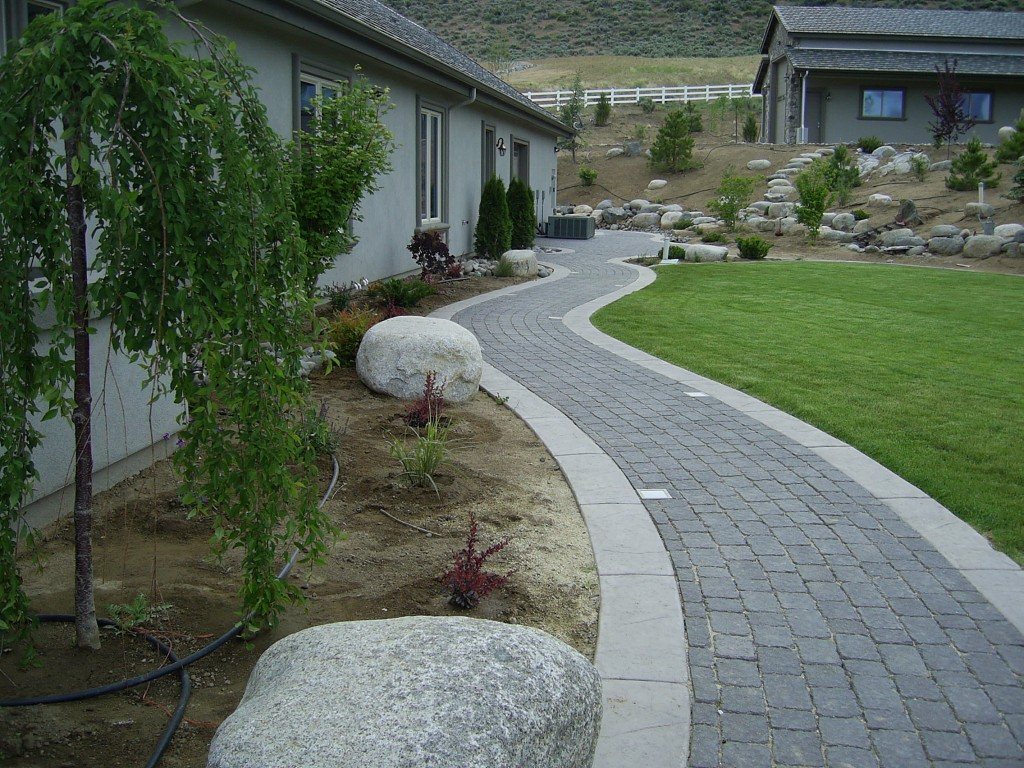 But these are the more pedestrian examples, pardon the pun. There are far more bizarre and excitingly-designed edifices out there to beguile us with, created by wondrous designers and installers, both. 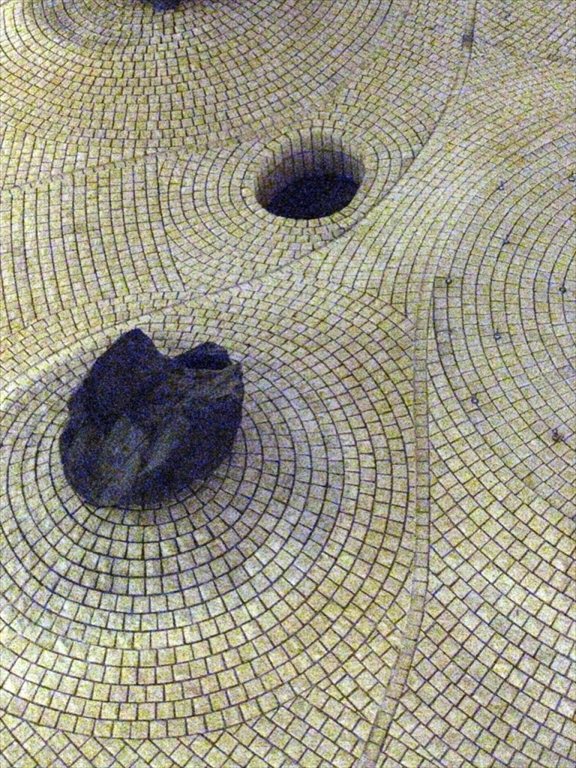 Interlocking bricks can now be made as custom pieces, allowing a range of creativity that unleashes an entire new galaxy of possibilities.

Now a brick can be engineered for purposes of producing patterns in their actual laying which reveal a designer’s intent in its display of complexity or resonance with other factors.

The patterns below are seen outside the Music Conservatory in Toronto, Canada. The architect worked with a computer simulation of phonic graphs, displayed in these laying patterns, whereby the patrons cross over the very music they are entering the place to hear. 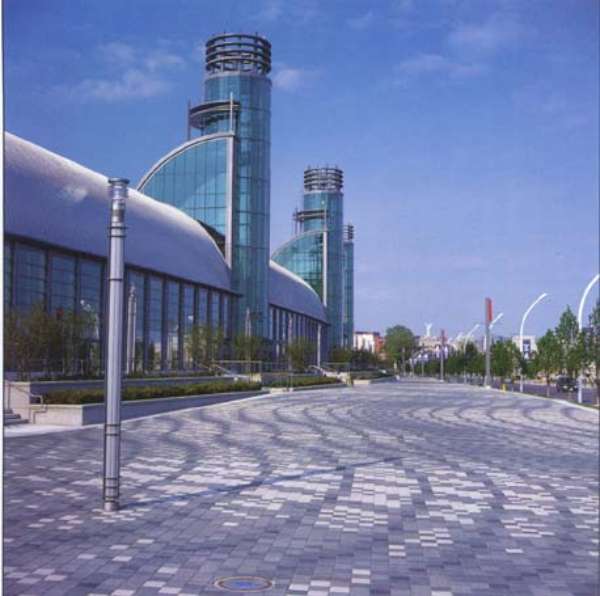 7 thoughts on “The World Of Brick Pavers”