What is the role of what we call Landscaping?

It’s an intriguing question and one that gets bandied about now and then by observers and those involved in the field itself. Guys like me. In the end, there are only a few perspectives available in the most general sense. One argument seems to admit the role of “Beautification” as the penultimate goal, seemingly assuming that there are cultural and intellectual advantages in “Beauty”. While I can’t argue that, I am one who believes there is a far more universal impact even yet to landscaping. I just feel assigning Landscaping to a cosmetic existence, while somewhat accurate, honestly misses the larger point. 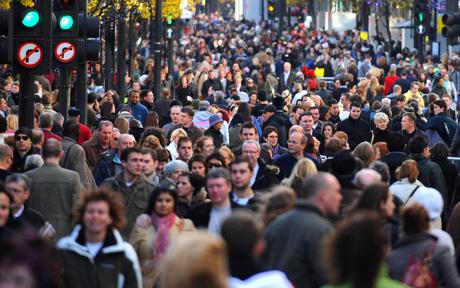 When we take in the larger effects of landscaping – such as dealing with Urban Planning, for example – we cross a threshold into judgments as to whether the cities we live in are toxic in any form or fashion. When we then analyze what this toxicity really means, we find that many cities began and unfolded almost completely unplanned. What happened was that the rush to Industrialization begat more crowded cities as people desired to live near where they worked. Naturally, transportation was always an issue as well, from the days of the individual horse, the buggy, the trolley and to the currently very ubiquitous car. 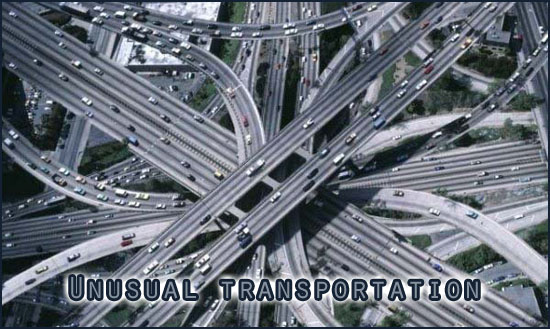 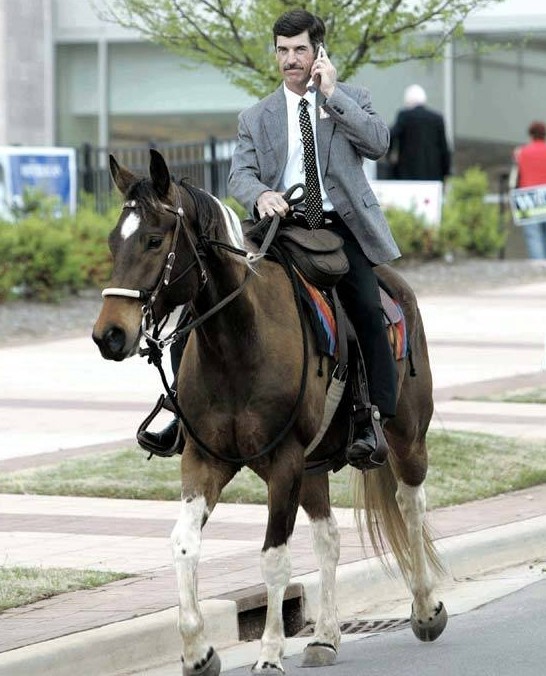 In the late 1800’s, urban planning began taking flight in the US as towns and cities began realizing what a complete cluster they had inherited. Entire city plans were then bid, submitted and enacted, impacting hugely cities like Louisville, Montreal, Baltimore and many others.

Suddenly, sensible plans began emerging on how to get humans from one point to another, because the plans included such provisions. Also, the development of the City Park became seen as absolutely necessary. Why? 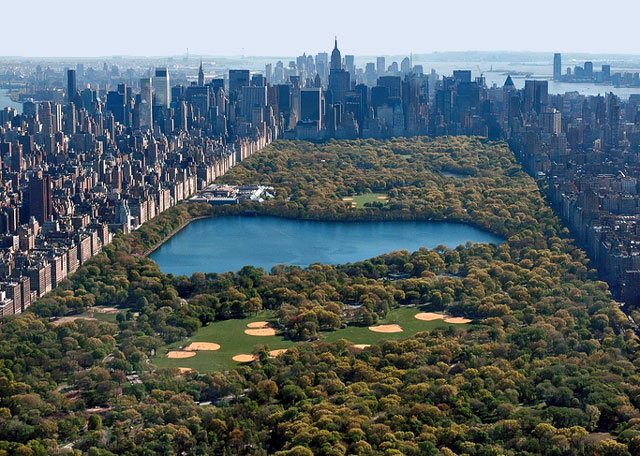 It turns out, certain general criterion began appearing as absolutes in the “livability” of cities.  A useful guide in this enterprise is Kevin Lynch’s A Theory of Good City Form (Cambridge, MA, MIT Press, 1981). Lynch offers five basic dimensions of city performance: vitality, sense, fit, access, and control. To these he adds two “meta-criteria,” efficiency and justice.

“For Lynch, a vital city successfully fulfils the biological needs of its inhabitants, and provides a safe environment for their activities. A sensible city is organized so that its residents can perceive and understand the city’s form and function. A city with good fit provides the buildings, spaces, and networks required for its residents to pursue their projects successfully. An accessible city allows people of all ages and background to gain the activities, resources, services, and information that they need. A city with good control is arranged so that its citizens have a say in the management of the spaces in which they work and reside.”

Pretty dry stuff, but it applies.

The picture below also dealt with something to add to the 5th largest city in Japan – Sapporo. What designer Isamu Noguchi was asked to do was to produce a vision, reclaiming what was once the garbage landfill on the finished site shown below, which is now the world-famous Moerenuma Park. It was one of his final projects and a very noteworthy one. 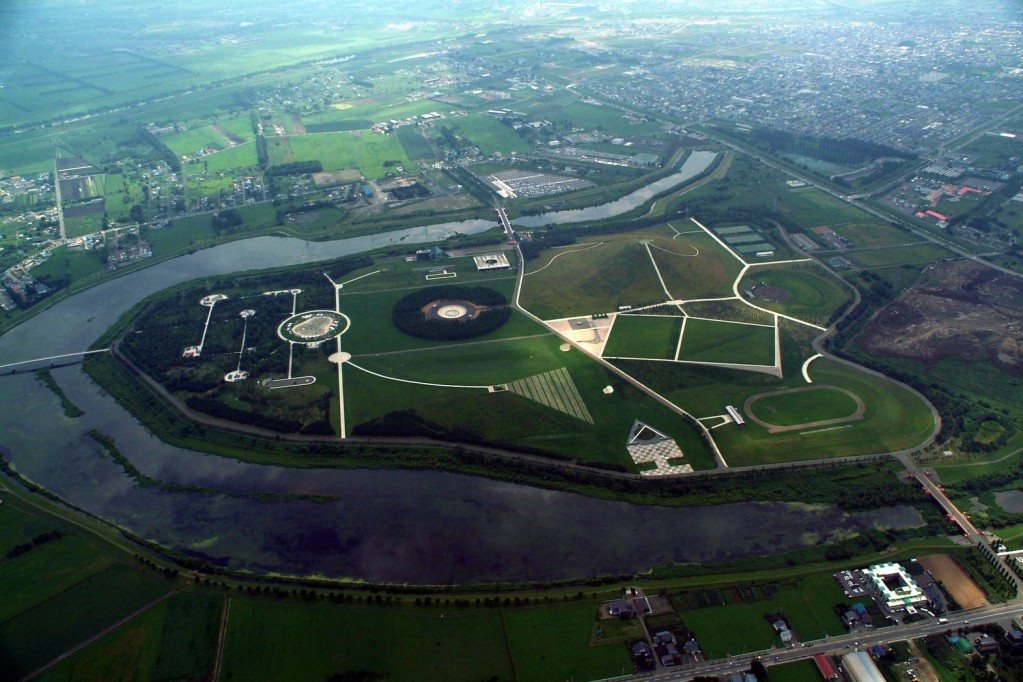 Noguchi called this park a “lung”. The presence of air-cleaning and ion-producing carbon-based plantings cause not just an innate sense of space and beauty, they also tend to act to make us plain healthier, both mentally and physically. It seems we crave such things, dating undoubtedly from our origins as land walkers, nomads and hunters. We surely crave them with a near-visceral sense of attachment. Speak with any older group of baseball fans from Brooklyn or Boston and among the first things you’ll hear is how luscious the fields looked at ball games. The grass was literally nearly and end in itself.

Here, in this futuristic park, the contrived features resemble ancestral images, while at the same time – at least here – promoting a futuristic sense of possibility. The clean lines of this pyramid remind us of what is timeless in design and most attractive in dimension. The smells alone would make it pretty. 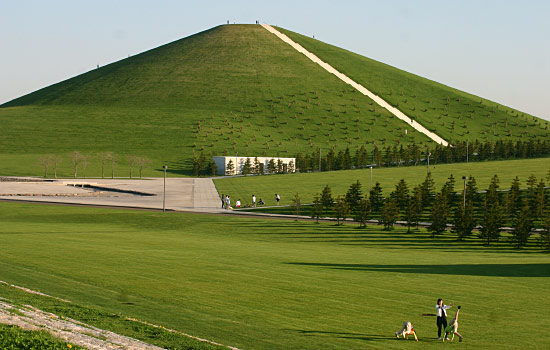 Recently, Huaxi, China held a confab inviting the world’s best young architects to devise individual buildings which could comprise the new elements of the already-celebrated city. From the event: “The site of Huaxi is famous for its dramatic and beautiful landscape, as well as a diverse mix of minority cultural inhabitants during its history. Its future is defined by the local government’s urban planning as a new urban centre for finance, cultural activities and tourism. MAD brought the young architects together here in the summer of 2008, for a 3-day workshop to create an experimental urban vision for Huaxi.”

What they came up with was wild: 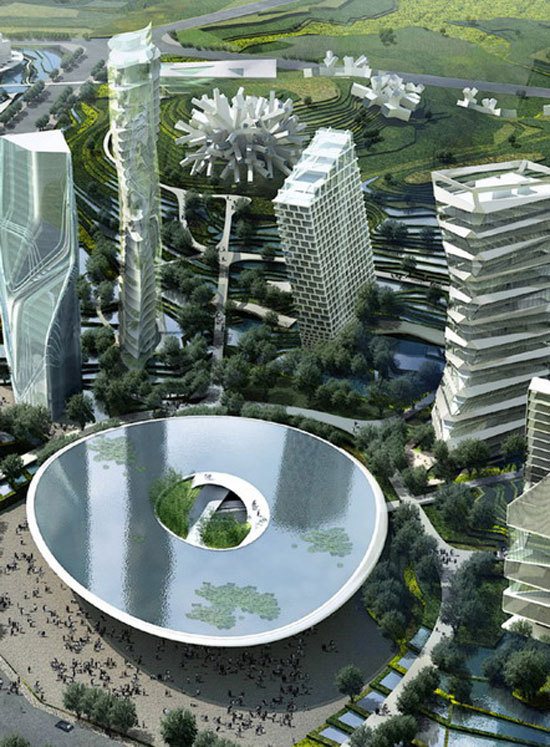 Their question: “Are we going to continue copying the skyline of Western cities created over a hundred years of industrial civilisation? Will Manhattan and Chicago continue to be our model city, even after 15 years of urban construction in China? Is there an alternative future for our cities that lies in the current social condition, where new technologies leave the machine age behind, and where the city increasingly invades the natural space? Based on an Eastern understanding of nature, this joint urban experiment aims to explore whether we can use new technologies and global ideas to reconnect the natural and man-made world.” 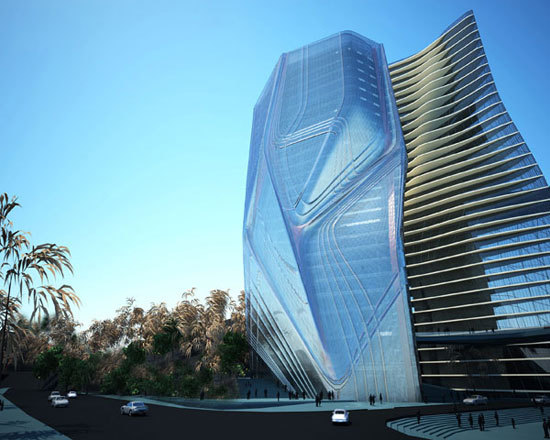 Let’s face it – it;s not as if efforts to get to exactly this end have not proceeded apace. Frank Gehry’s designs for buildings and grounds show exactly the same non-conforming principles as those wildly “impractical” designs from the MAD Group of Huaxi. 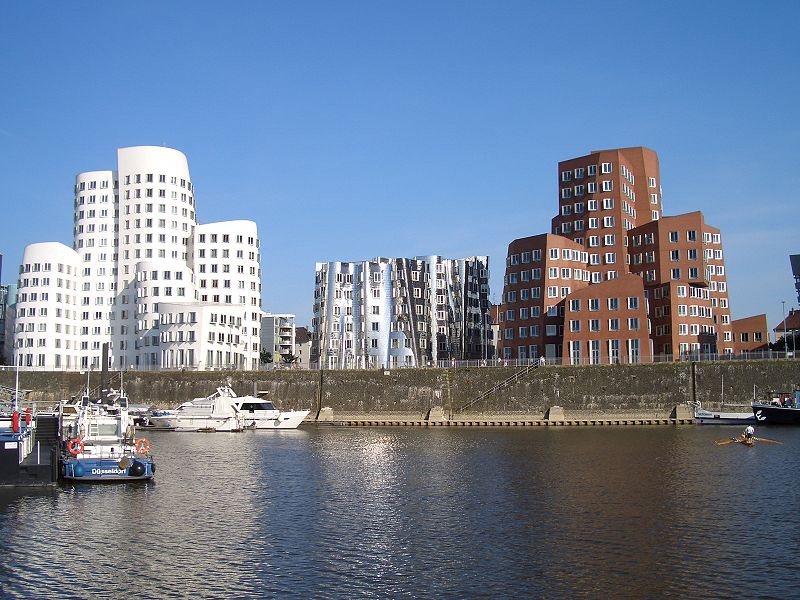 Also from the Huaxi Group’s statements: “In the past 15 years, around 10 billion sqm of built space has been created in the urban areas of China. In 20 years time, another 200 to 400 new cities will be built. Until now, the results of this overwhelming urbanization have been defined by high-density, high-speed and low-quality duplication: the urban space is meaningless, crowded and soulless.” 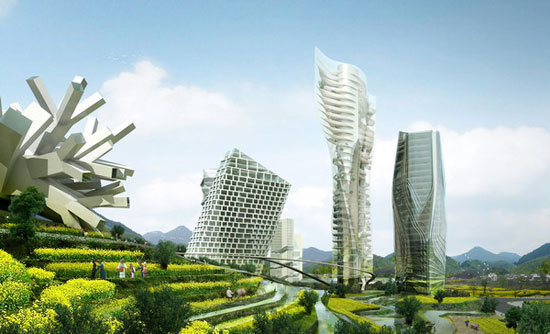 “The city is no longer determined by the leftover logic of the industrial revolution (speed, profit, efficiency) but instead follows the ‘fragile rules’ of nature.” 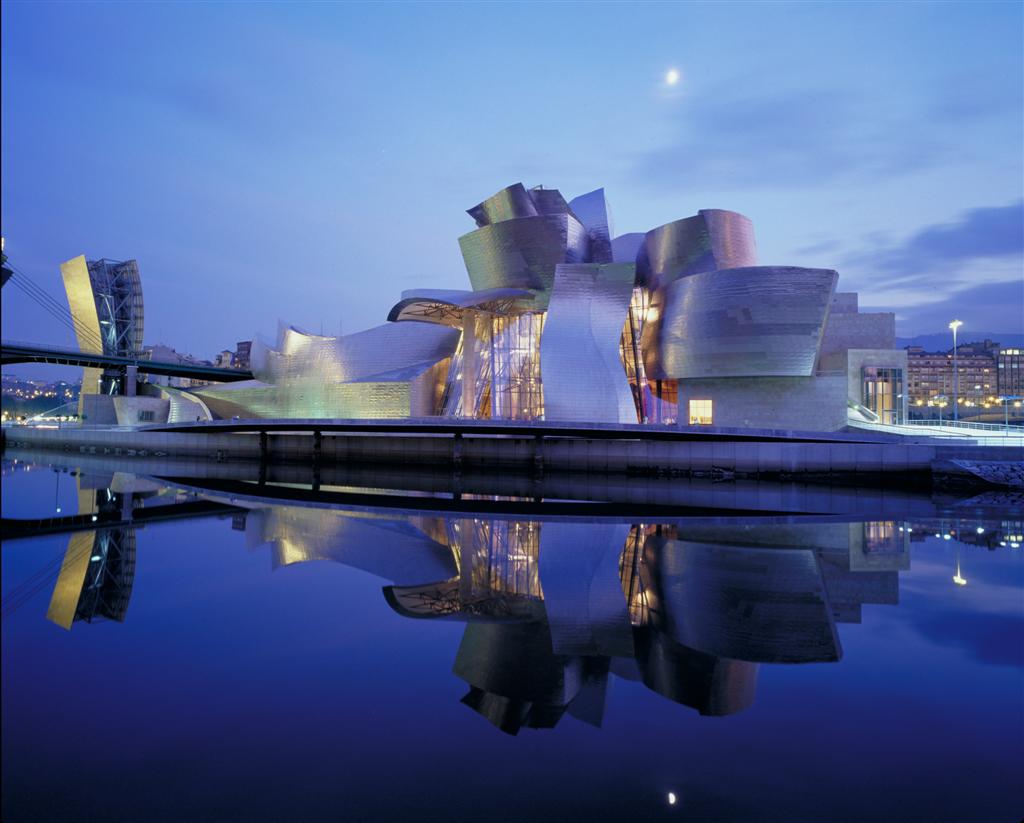 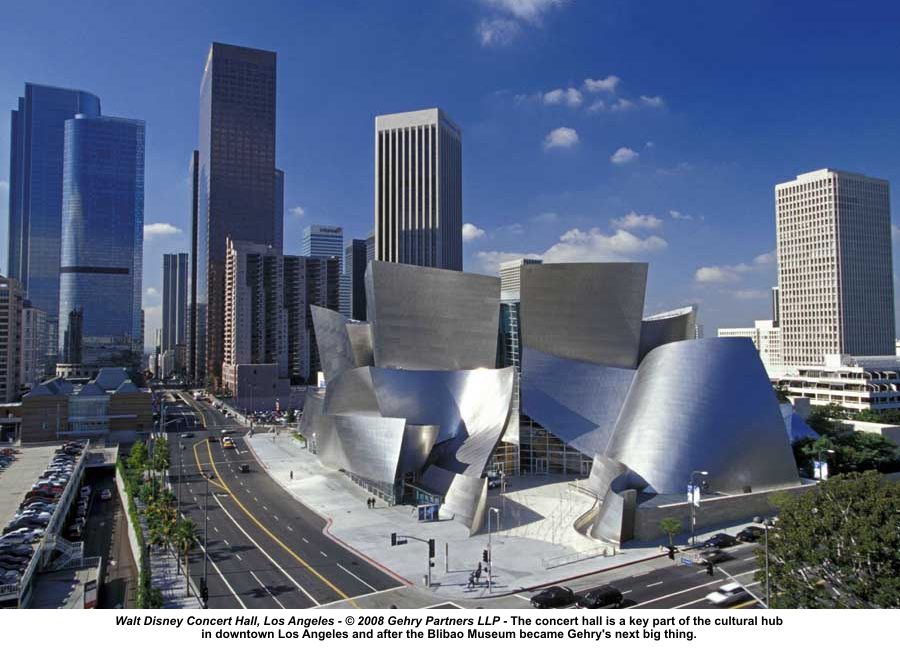 An apartment complex by Gehry: 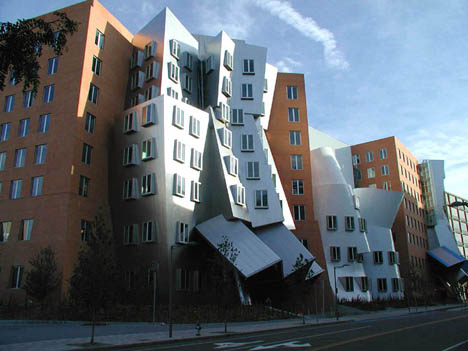 The paradigm seems to be shifting yet again and this time the most fervent hope is to provide alternatives to the prior style of efficient function, elevating us all into an appreciation for Nature’s intrinsic delicate nature, embodied by – of all things – the buildings around us and their grounds. Nature is also accidental, cruel, aristocratic and occasionally homely. It’s just the way it is. Integrating Truth into everyday passages asks us to provide a Nature which is every bit as inspiring and dominating as nature herself. 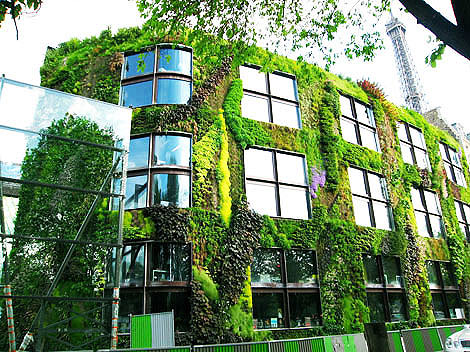 2 thoughts on “The Role Of Landscaping – And The Future”