It was a major Red Letter discovery the day I happened onto adhesives which could bond bricks to cement. Indeed, I had always typified this technology as a grouting mechanism. The very idea that a strong adhesive could last through the weather and climates I have worked in pretty much blew my mind. But here we are – 20 years after I installed some of these – and they stand as permanent as ever. I can safely aver that experience has shown me the worth of such products.

Without producing testaments to one maker over the products of another, I can say that the adhesive range is wide and quite effective. The porous nature of bricks themselves – indeed any brick or cement product – allows a penetration of adhesives well into the objects being glued. When, for example, that concrete chemical “par excellence” – Muriatic Acid – is listed in the methods of ‘removing glues’, then you know it takes some etching and eating to get rid of something that basically embedded itself.

Here are some projects which were the results of adhering bricks to existing cement. 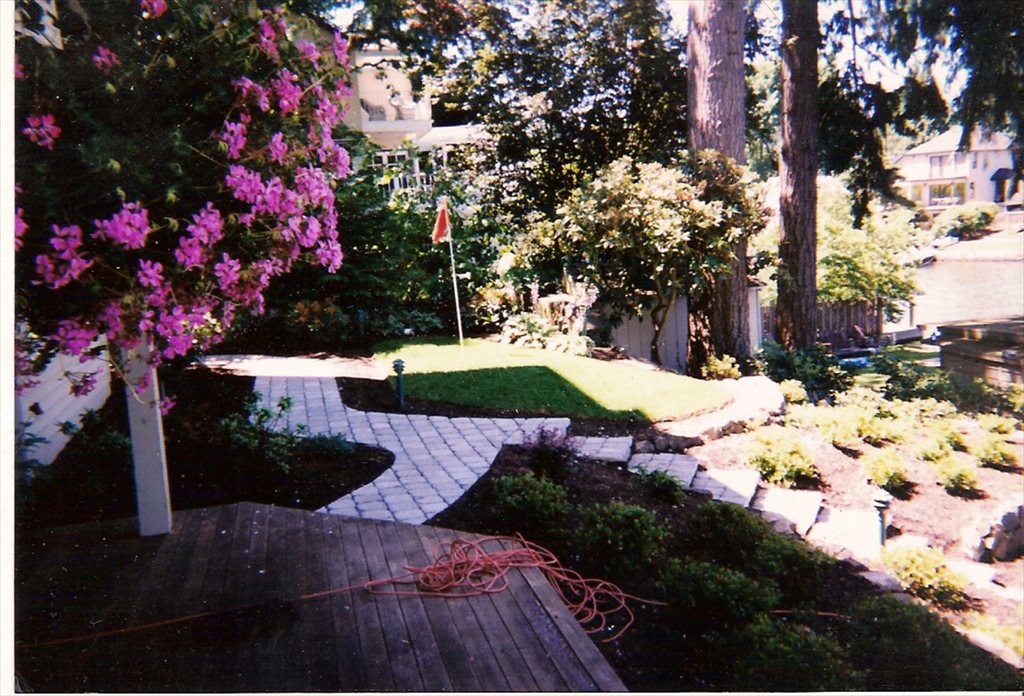 This particular one was always a huge favorite of mine. It has a total “cookie cutter” look to it from above, revealed so by the following frame. This one was a total effort, adhering the brick to a crumbling substructure in Lake Oswego, Oregon, hard by the gorgeous lake there. It’s a bit “sun washed” in the picture, but the results stand with enough definition to reveal the ‘cookie cutter’ thing, I think. 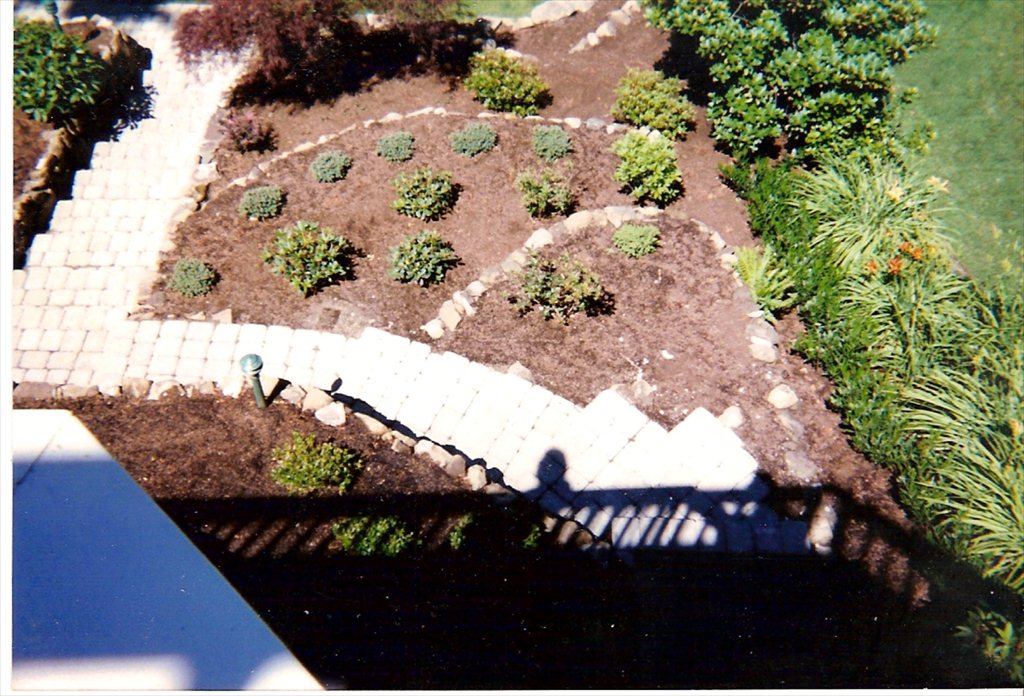 Other efforts include this look outward from a patio featured in the prior post. The ‘finished look’ of these patios includes a “Bullnose” – rounded – brick on the outer edge. While this is not altogether necessary on all projects like this, it does work as a matching edge material, nice and long and strong on the outer rim and not aesthetically dangerous. 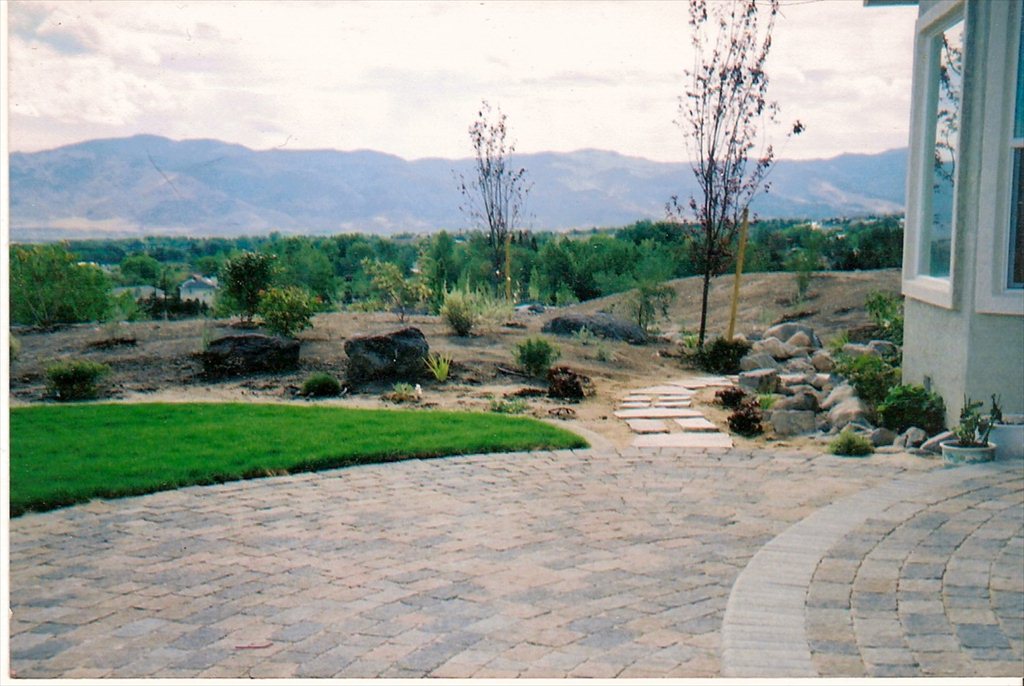 Other examples include this “bridge” we erected in place using cement, designed to connect walks over a water feature. Inasmuch as these homes were models for a newer subdivision in Carson City, Nevada, the owners wanted a connecting walkway for conducting potential buyers down to the various models of homes for sale. The “honeycombing” of the cement was addressed, for those who wonder, with a grouting mix. This picture was taken before that got accomplished. 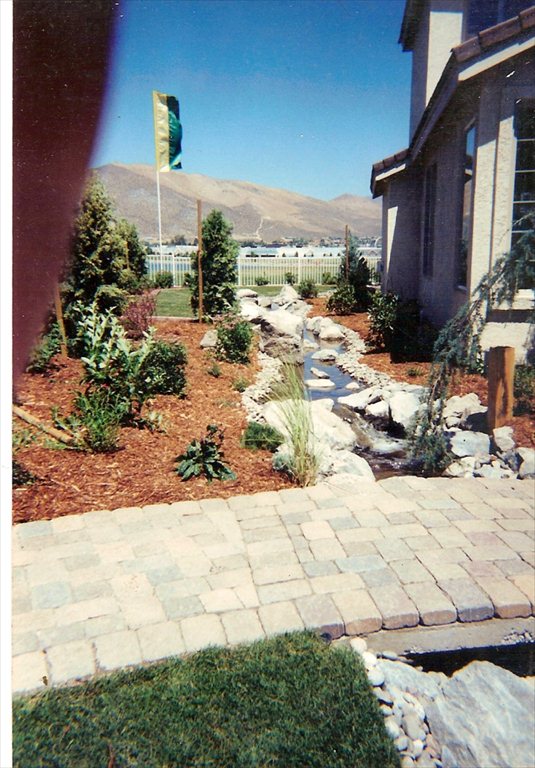 Pavers were glued to the top of the surface and then connected to the walkways. It was actually a very interesting edifice, all the way around. A little cramped, but successful.

In the end, what we find with adhesives for cement is a viable option for addressing nearly any surface. The adhering qualities of these glues is honestly pretty awesome, allowing any number of potential arrangements and adaptations to our existing hardscapes.