I’ve long since tossed the general template of this blog as a “how-to” or strictly “Informative” and landscaping trade-related item, in favor of more personal and wider ranging purposes. I have stayed away from politics – by all means! – which makes me appear saner than I actually am. Avoiding modern politics keeps the circular arguments which serve to distance us from one another at bay. By concentrating on stuff that I figure means something to us all, it is my conviction that I can enhance everyone’s existence by sticking with themes which we all care about and hopefully build on those factors in life which we all unconditionally share. I am so tired of alienating, scapegoating and circularity – it has become the worst of all things: predictable and boring. Bridges seem so much better than cul de sacs – although I love landscaping cul de sacs! 😉

It began like this – walking and taking final pictures of this year’s somewhat unspectacular but still-gorgeous Autumn:

Where by I found myself looking for more of this Saturday activity amongst friends: 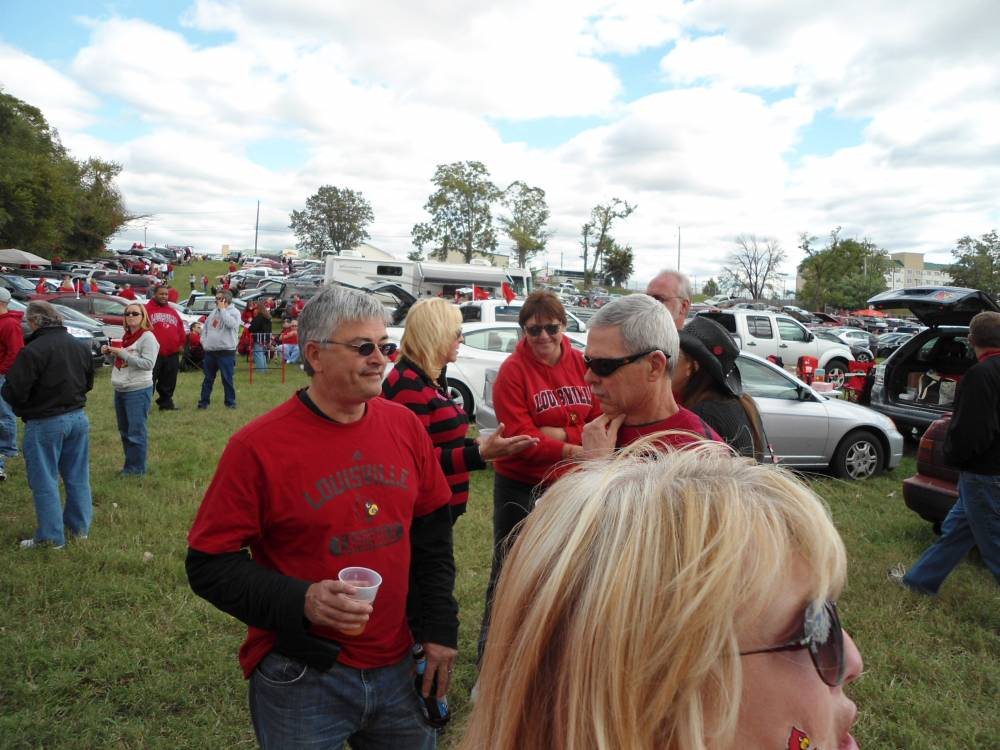 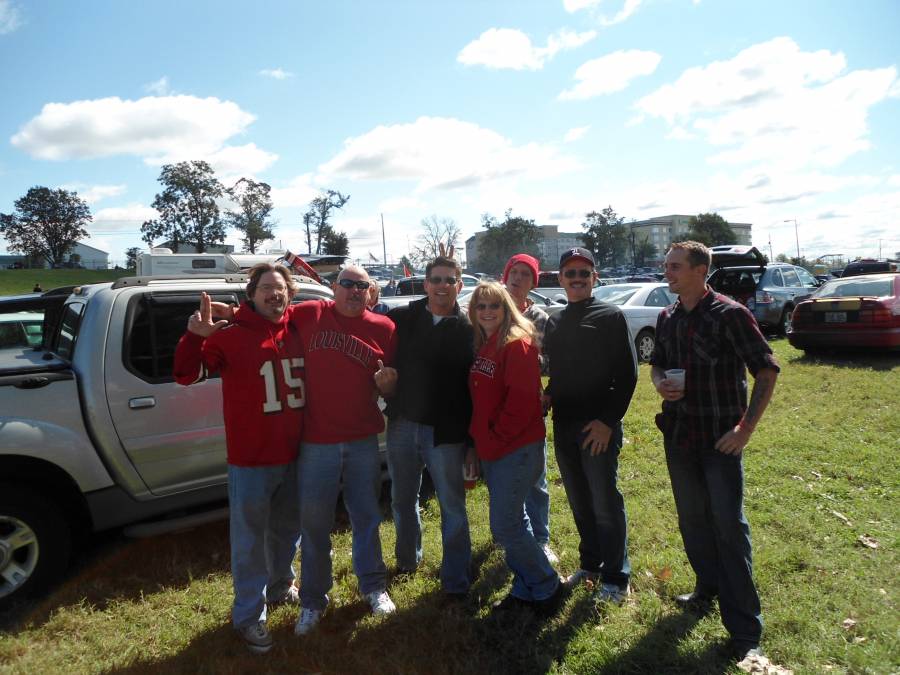 Then the weekend took a turn.

It turned into this: 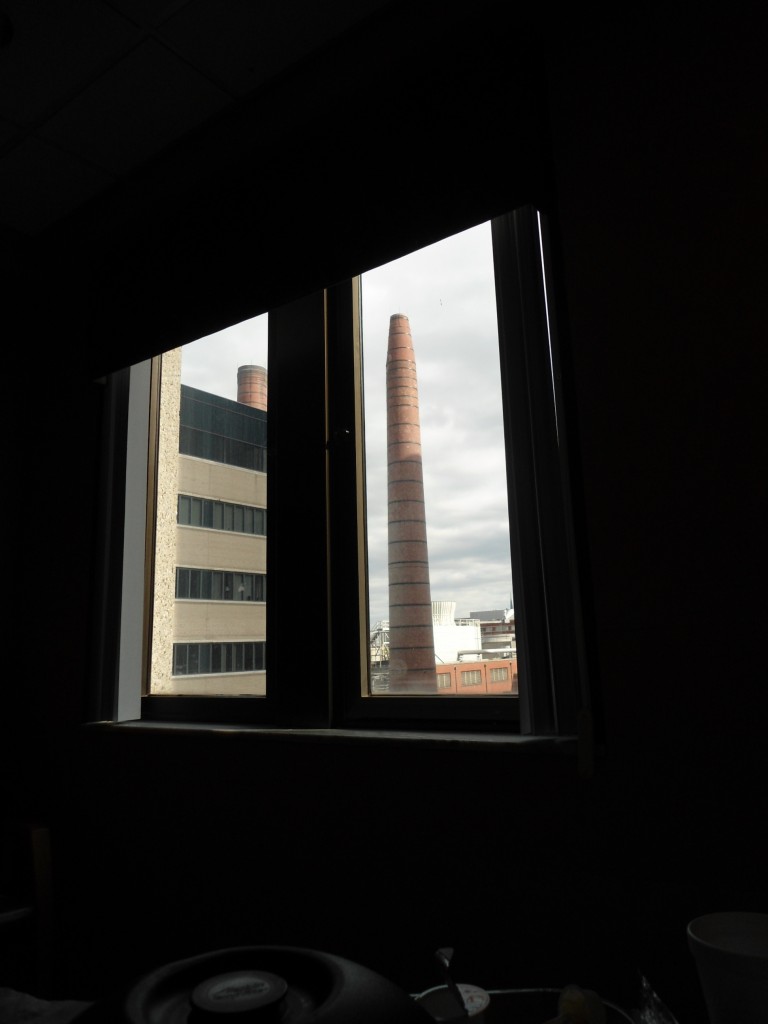 Recently, I spent 4 days in the hospital here in Louisville. What began as a visit to the doctor evolved into an epic experience which included the insertion of a stent into my heart. It was the wake-up call of all wake up calls.

I used to be a bit vain about my lack of visits to doctors. When I lived in Vancouver, I played cards and ping pong with a doctor. For 10-15 years, I could consult with him over a game or two. Henry had faced the same thing with all of us – a group of very typical males who enjoyed each other’s company and who would get together pretty much weekly for beer and gossip, and for sporting events on TV or live. Many hilariously inappopiate events occurred, including someone walking up to the poor guy, dropping their drawers and asking in all seriousness: “Hey, Henry, is this just jock rash or should I worry?”

His eyes would roll and he’d get fake incensed, saying “Good Lord, man, come on, I just ate!” Naturally, we’d all roll, laughing. We were brutal.

But he also explained in very real terms – at many times – what the best doctors thought about their trade, which gave me a warm feeling about them in general. Most of them actually do care.

So I wander down for my first Doctor’s appointment in 42 years, having experienced some dizzy spells which I always attributed to a heat exhaustion event I had in 2005, suffered during a heat wave of epic proportions in Reno, Nevada. Soon after this event, I would get these small “near-syncope’s”, which are basically a sensation of ‘nearly’ passing out. While they were numerous that year following the event (I quit softball for a year), the following year they were rare and I pretty much recommenced every activity as if nothing happened. I could get an ‘attack’, having said that, but they were not strong and were rare enough to attribute to the mysteries of body chemistry from heat strokes. Then, about 2 years ago, they began occurring a bit more frequently until recently when they became daily or every other day. Nothing huge, just a “fade”, a sensation of fainting without the Full Monty, and a resultant racing heart and the sweats.

I had an EKG and Chest X Ray done and paid for them and was walking out of Jewish Hospital’s gorgeous East End facility when a lady approached me and asked me to step into ER to see a doctor. As yet, I had no idea why she had asked but I made the move and sat as the nice female doc explained her fears that I was on the verge of ending it all at any given moment. As she worked, explaining what I was experiencing with these near syncope events, she was saying that these near syncope’s were the results of wildly fluctuating heart beats at extremely dangerous levels. She said she would supply an ambulance and was demanding that I be hospitalized immediately. She did indeed frighten me, especially since she was 100% sincere in what she believed to be my situation. I fought her off to a degree and said I would go to the hospital but I wanted to go home first and arrange a ride down as well as pick up some stuff. She was really reluctant but she finally complied against what she stated was her better judgement.

So I wheeled home, got Tom to bring me back, ate a huge meal, grabbed some books and split for the Big Sick Room.

When I got to the hospital, they were ready for me. I had a catheter probe scheduled for early the next morning already. I spent the first night in the hospital finishing a great book, gave Mother my phone number and slept fitfully. To be honest, I was somewhat concerned that it had got this far. It made me realize I may indeed have been fortunate, a fact which later proved out indeed. But I can pretty much guarantee that the full realization of where my medical situation had wandered had not truly hit home yet. It was all a sort of benevolent shock.

The next morning, they ran me downstairs at Jewish Hospital and my doctor greets me dressed in his “Going to War” Togs, lol. He had these black horn rim glasses, surrounded by every single vector-covered head, complete with a leopard-spotted head dress I had to laugh at. I’m being serious. He asked the pertinent questions, they loaded up my pre-loaded IV with some fabulous drugs and I woke up a few hours later, all fixed, or close to it, anyway.

They did find a blockage in an artery – and a severe one. While inside, they inserted a “stent” which re-opened said artery and allowed the blood to flow unimpeded. Immediately, my monitor indicators improved dramatically, although even now, there are still a few worrying random beats they want to close in on later – in the next few weeks, after further testing.

Medical stories are pretty boring but I wanted to mention all this because I have good friends I know through this blog and because of my rampant plain luck in catching something this dangerous at a good time – before it killed me. This is less a cautionary tale than a general announcement concerning my health. But if someone gets something from it, then by all means, I am gladdened.

Today, my first day back from my twisted and sore melding with various stunningly uncomfortable beds for 4 days, toting a heart monitor everywhere I moved, dangling off my chest and losing half the hair on my chest from placements of those sticky monitor suckers, I feel like a lucky person. I also now have even more respect for doctors and nurses than I may ever have had. Dr. Reeser’s concern and lack of backing down convinced me I had a problem and I shall 0we her some great good things as long as I live. I fully intend to offer her something worthwhile – maybe a hand shake, I don’t know yet.  😉  I do some pretty good landscaping – maybe she’ll like that.

I now am concerned about eating habits, exercise, smoking – time to let it go – and all the various billions of impacts which made life a flirtation with a suicide I had no idea of. I cannot, for the life of me, express my gratitude enough to those whose interests served to intersect with my desire to live long enough to do some serious playing with my grandkids to come.

Here’s to Love in buckets full.