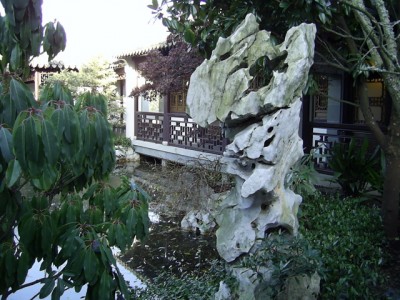 Watching the fellows from Suzhou go at their work was the single most fascinating thing about the entire project.  There was one fellow whose job title had to have been “Wood Carver”.  He would be up on a ladder, literally carving faces and figurines in wood, after the wood was in place!  In other words, carving one time, error-free, right where they would always be. Other aspects included guys hauling large pieces of granite, using those humongous ropes similar to circus workers, to say nothing of the wood mallets which really DID resemble the old circus tools of my youth. The granite had all been carved overseas and was imported here to match up with plans dealing with the buildings, grounds and the bridges. More impressive than I have words for, in short. 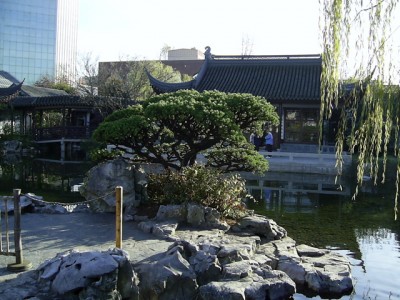 The City Of Portland had also arranged for “Cross Cultural” seminars especially-tailored for working with Chinese. These went on for a few days and they even included the group of Chinese who had their own version of training. Having lived in Korea and spending time in Japan had prepared me for what must have been some shocks amongst our locals, although, to be honest, the entire affair seemed to run remarkably smoothly.  The competence of the Chinese was unquestionable. Their work ethic was every bit as good as our own and they were consistently chattering and cheery people.

Confession time:  I left before the project was completed.  I fielded calls from Reno relative to the hopeful sighting of a few wires and pipes which, as mentioned, got somewhat “losted” in all the hubub.  I also had to hear secondhand as to how the placement of soil and the planting went on. In a way, it broke my heart and, in another, it was just another landscaping job.  Such is our life. 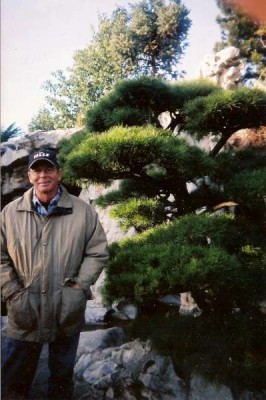