And, yes, I partied a day early this season.  😉

My perspective has become Unusual! 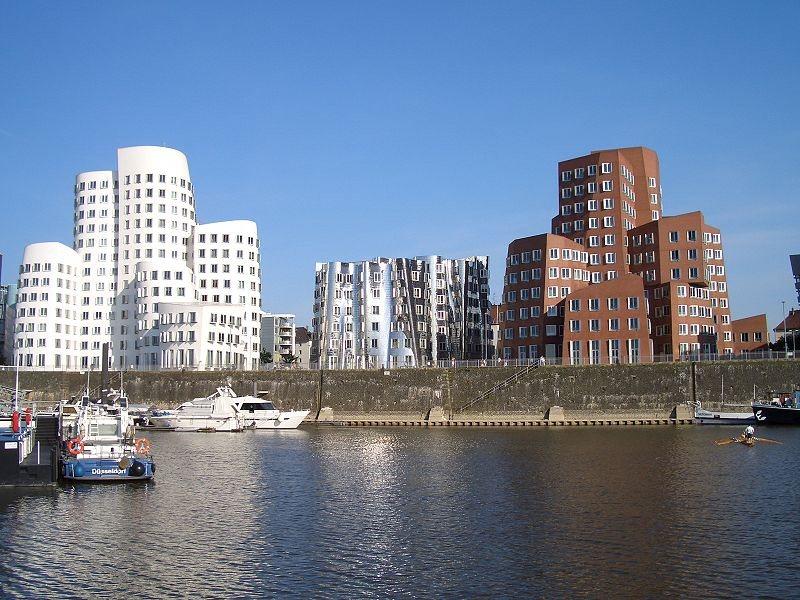 Frank Gehry‘s rather unusual sense of line and structure greets our blog readers, as he pretty much abuses our standard and comforming sense of things.

I wanted to pay notice to those designers, architects and landscapers who take issue with the most standard building practices in design history – the straight line. What we find as a result are any number of alternative design effects which focus more on an anarchistic sense of line – and therefore a more natural one. Some of these effects are merely exterior fluff covering square and rectangular building while others – in particular Mr. Gehry – take a far different tack. 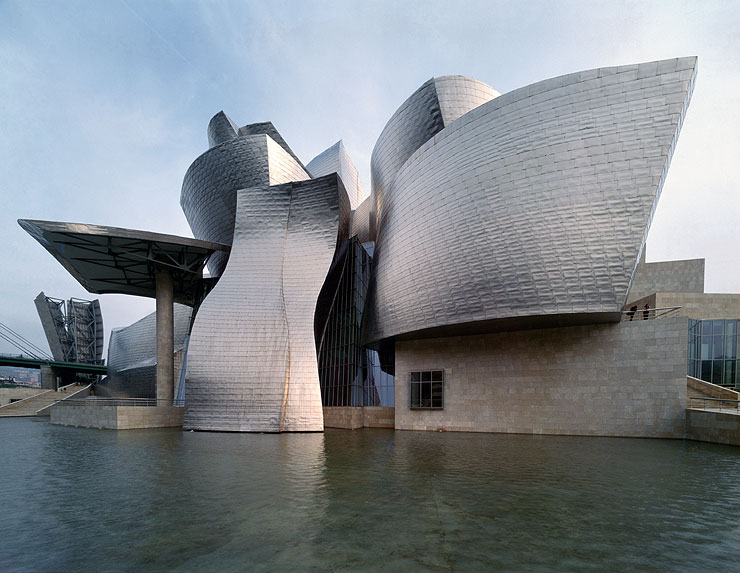 (All the pictures shown here are wantonly mined from architectural blogs and websites where I have submitted requests to post here. Some have told me to “Go for it!”, while others did not reply. Inasmuch as I have no real commercial interests in this blog, the brunt of my delivery is simple – to acquaint us with ideas we may not have encountered as yet. As well, this is a post full of praise at the amazing creativity of these giants who have touched the face of Creation and inspired entire schools of thought and rabid appreciation for their labors. With a few soreheads, of course.) 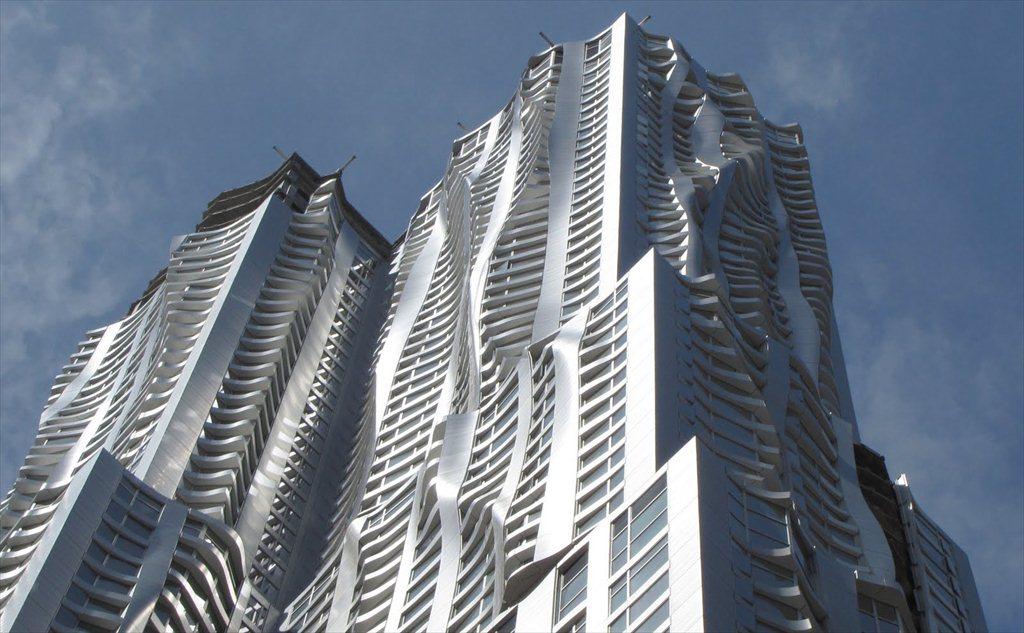 Of particular interest to me have been Gehry’s fountains. 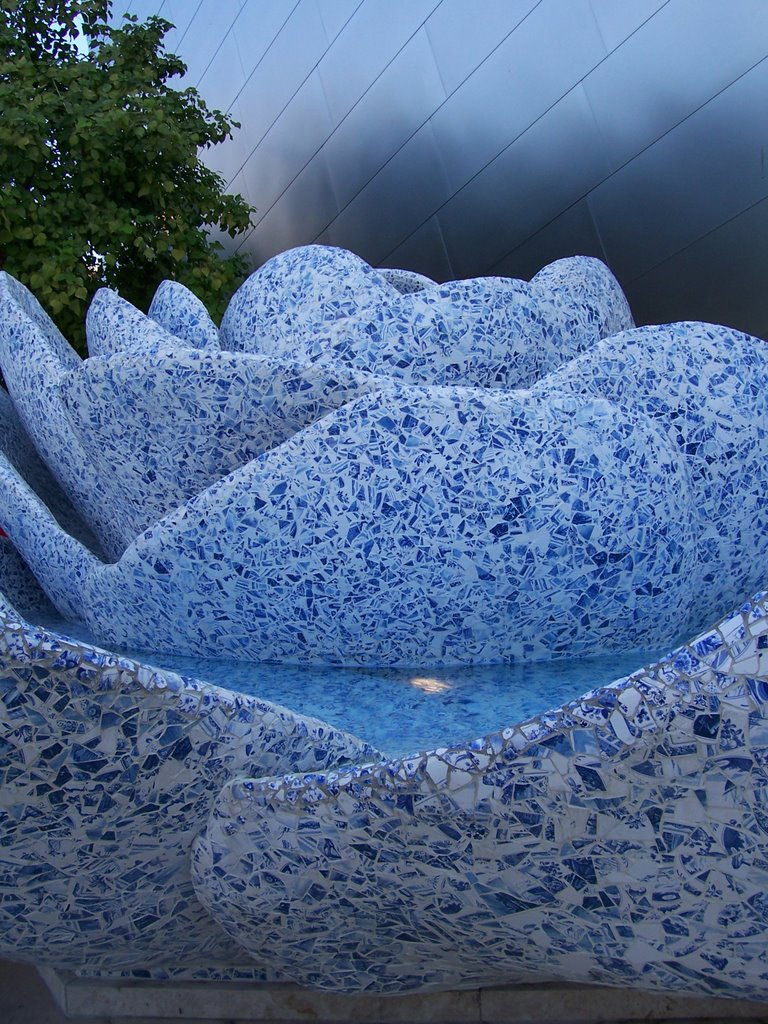 This one – above – (enlarge it for a great view of his respect for her intense interest in porcelain)  called “A Rose For Lilly” was dedicated to a very dear benefactor of his, Lillian Disney, who undoubtedly played a role in the construction and design of the amazing Disney building below:

So how practical do we make this building below?

This artist’s rendition of the Capital Gate Hotel in Dubai would seem like some otherworldly dream if what we saw in pictures below it were not very real:

Yes, this is a photograph of precisely that building under way: A better shot. It leans a full 18 degrees, held in place by the straight elevator shaft enclosed in cement which, itself tipped over 17 inches at the top, leaning the other direction: The future is Now, in the end. There is currently an architectural explosion producing stunning work and owing its progression to oil-rich soveriegn nations and a class of emerging cities with money to spend who wish to create their own attractions, somewhat akin to the famous “Bilbao Effect” which Gehry produced by constructing his Guggenheim Museum in Spain, an effect which generates a level of inquiry and interest regarding the architecture itself. 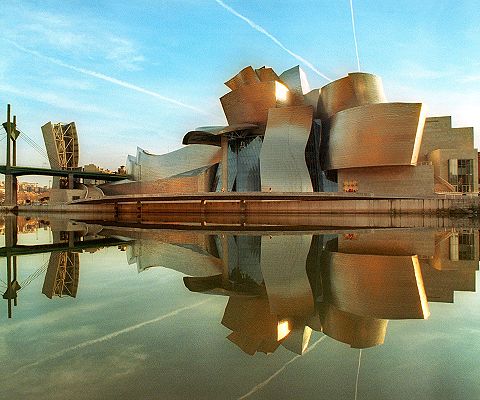 For example, a project with serious intent but currently shelved because of oil prices is this Destination Architecture in Albania, on an island in the Caspian Sea, designed by Danish and New York City Wunderkind Bjarke Ingels, a 7 tower extravaganza:

Of all, I seem to always devolve back to my reliable old favorite guy, landscape architect, furniture designer and fountain man, Isamu Noguchi. Below, at his museum of the same name, we see his structure exemplified with a meandering, quite impractical water trail intersecting a hard surface with no apparent purpose, not that anyone cares: 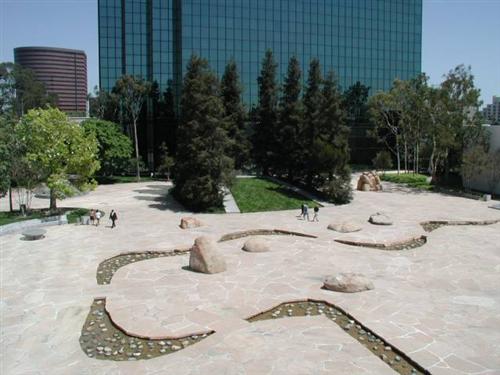 And most definitely none here in this famous – or infamous – Noguchi landmark in Austria: