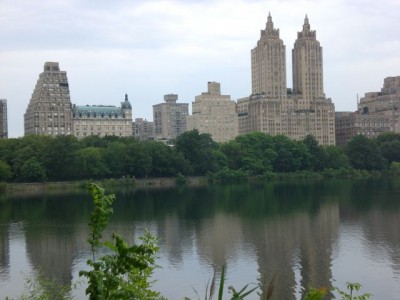 New York City is one of my favorite places in the world and it has been a full 20 years since I have visited, This is far too long. Like many, I still keep in touch with some of my old Army chums – not like I should, of course – but 3 of them live there. When I have visited in the past, I always drank deep of seeing old friends and making new ones. But it was the solo time which was nearly as – if not far more – memorable.

For me, the excitement of New York City is in the walking and the teeming sidewalks, the strange bustle which picks you right up with it and carries you along, almost effortlessly. There is a heartbeat which you have no choice but to resonate with in this charming town. It demands it and it energizes you.

My brother took his 14 year old daughter on a very cool daughter and Dad journey to New York, staying with a childhood friend, hard by Central Park. When I told him to take some snaps of the park, he was delighted. He likes looking at this blog where I have semi-immortalized his very front yard! 😉

As you can see, it rained – one of those warm Summer rains. There is Zoe, hair steaming after they got caught out in the 85 degree weather in a quick rain shower. Her picture is under what they called the “steaming rock”. The heat is obvious as the humid air and high temperatures make the rock steam like a hot rock on a fire. 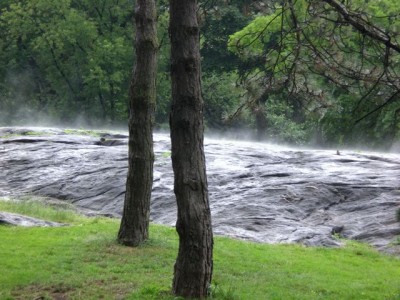 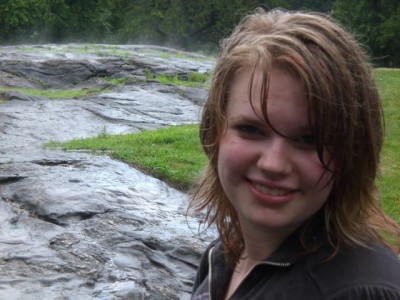 Central Park is a revelation to those who discover it. Wild and oddly quiet, the hum of the city does redound in the air but it is amazingly muted. Frederick Olmstead designed this park as a refuge in what was already a busy burgh. He wanted the size for the dampening effect it would have on the noise and hubub, plus the ecology it would develop being large and surprisingly wild. 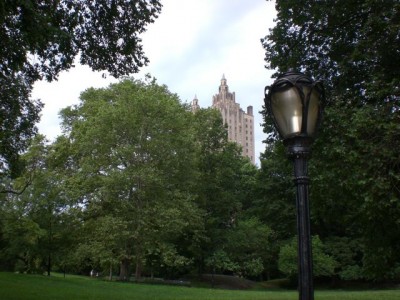 But it was other constructions – many of them – that propel the interest here. Like the Parks he developed elsewhere in Louisville which I have also spent time in, Olmstead invited a free reign in his designs, both budgetary and artistic, to some great artisans and designers who added amazing artwork to the Landscape Art in almost all the works he was responsible for. Bridges and garden walls were built in both park systems by fabulous artisans, the best of their crafts. Here are two bridges which indicate better exactly my point: 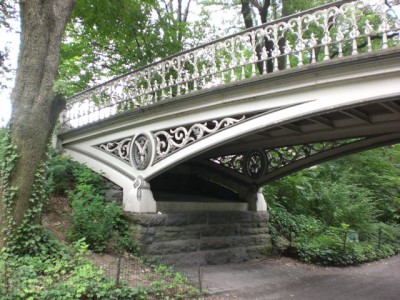 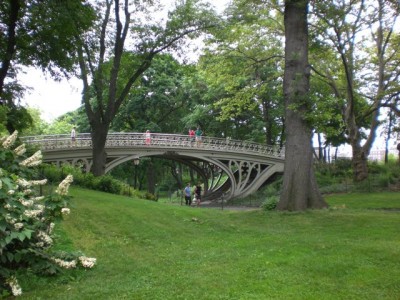 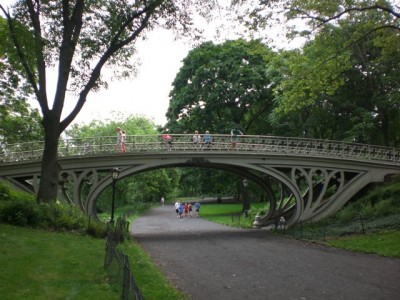 Central Park is a revelation and a worthwhile visit at any time of the year. New York has always been blessed with energy and the sinew of business and human artistic enterprise. Central Park is a perfect compliment and contrast to New York City’s most amazing energetic style.