In August of 1985, 15 years to the very day that I had once entered and begun life in Vancouver, Canada, I took off for the South, landing in Santa Cruz, California. With a brother in Oakland and my best friend in Santa Cruz, I was officially off on the “next phase” of my life, this time surrounded by familiar friends and family. I was bruised and slightly battered, spiritually, and it turned out that Santa Cruz was the most perfect landing spot imaginable.

(to enlarge any picture, just left click on the picture) 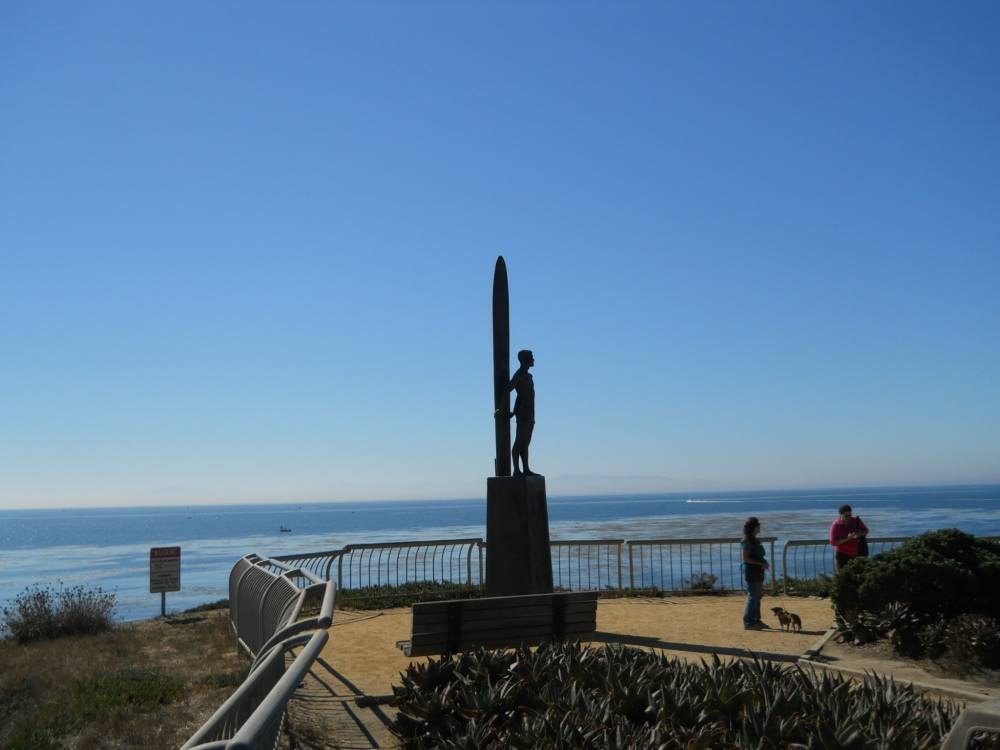 Situated in a lush garden spot, on the North Shore of the Monterey Bay, famous for its Boardwalk/Amusement Park, Santa Cruz would seem too touristy for someone to relax and drink deeply of friends and new experiences, but that was, indeed, what happened. 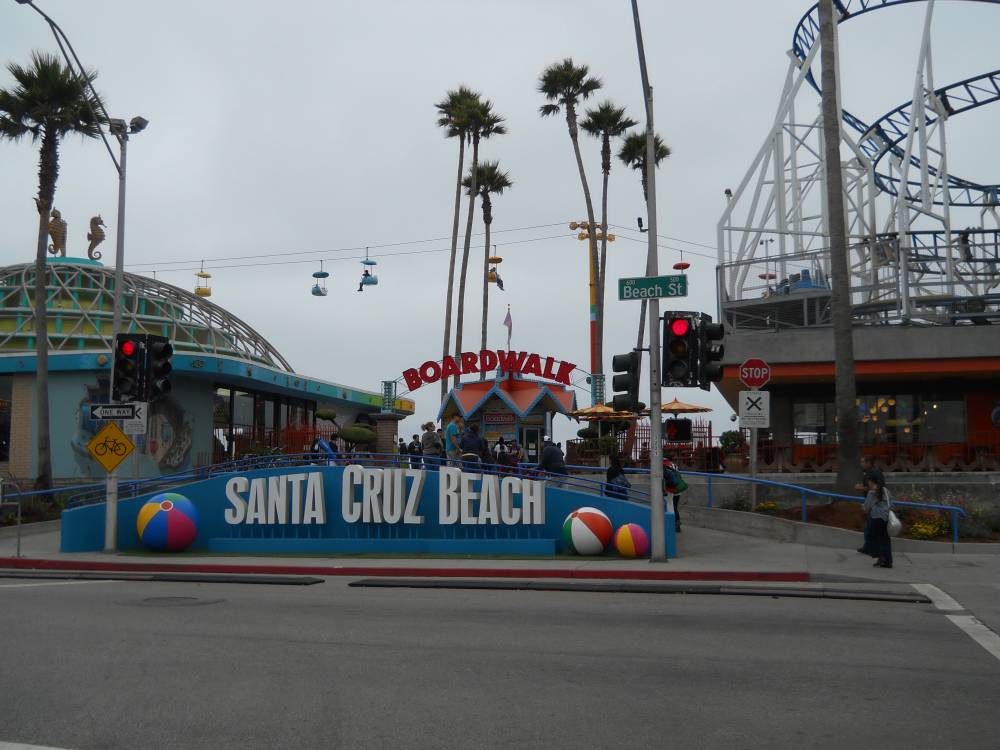 It turned out, the tourist mecca business traipsed along on its own momentum, allowing the standard streams of big city gawkers and fun-seekers to operate in this narrow funnel of tourism, far away from the everyday concerns of the locals, much the same as Reno, Nevada and its own relationships with their casinos and the exact same situation. 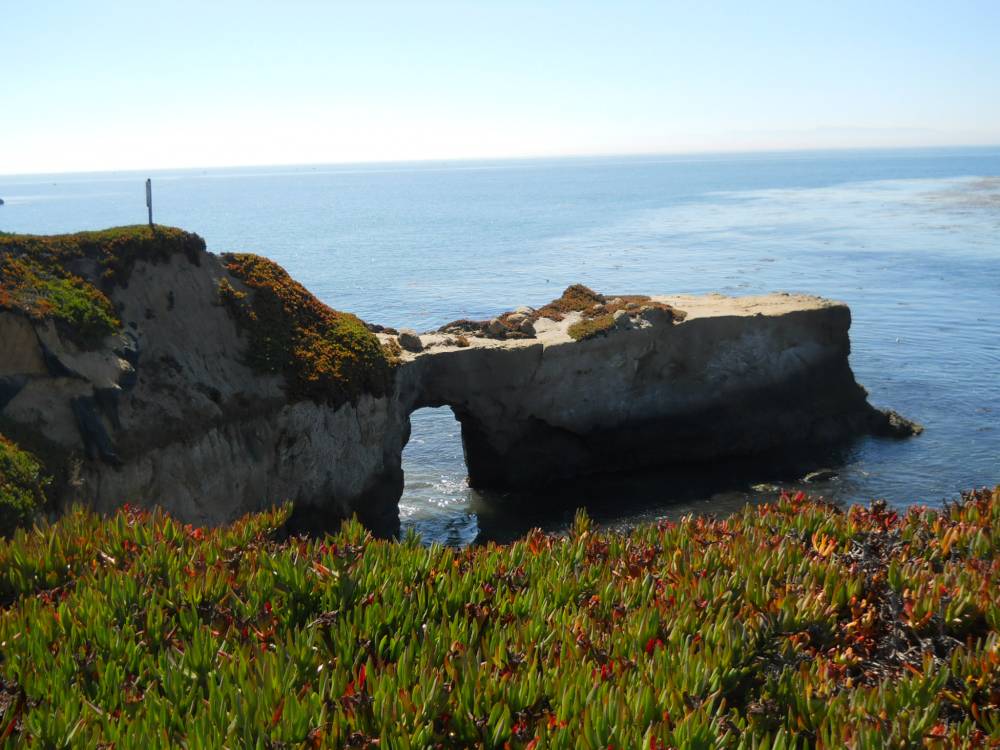 But Santa Cruz offered far more than this. Indeed, its greatest gifts – weather notwithstanding – are elsewhere. Santa Cruz is a landscaping Paradise. It has a florist’s heart. City scenes take advantage as well as the most humble residences of a moisture-riddled foggy climate which waters from the air as well as keeps cool the otherwise incredibly radiant sunshine which streams in for most every day of any year. I found it quintessentially Californian for that – to say nothing of its surfing fame and otherwise famously liberal politics. 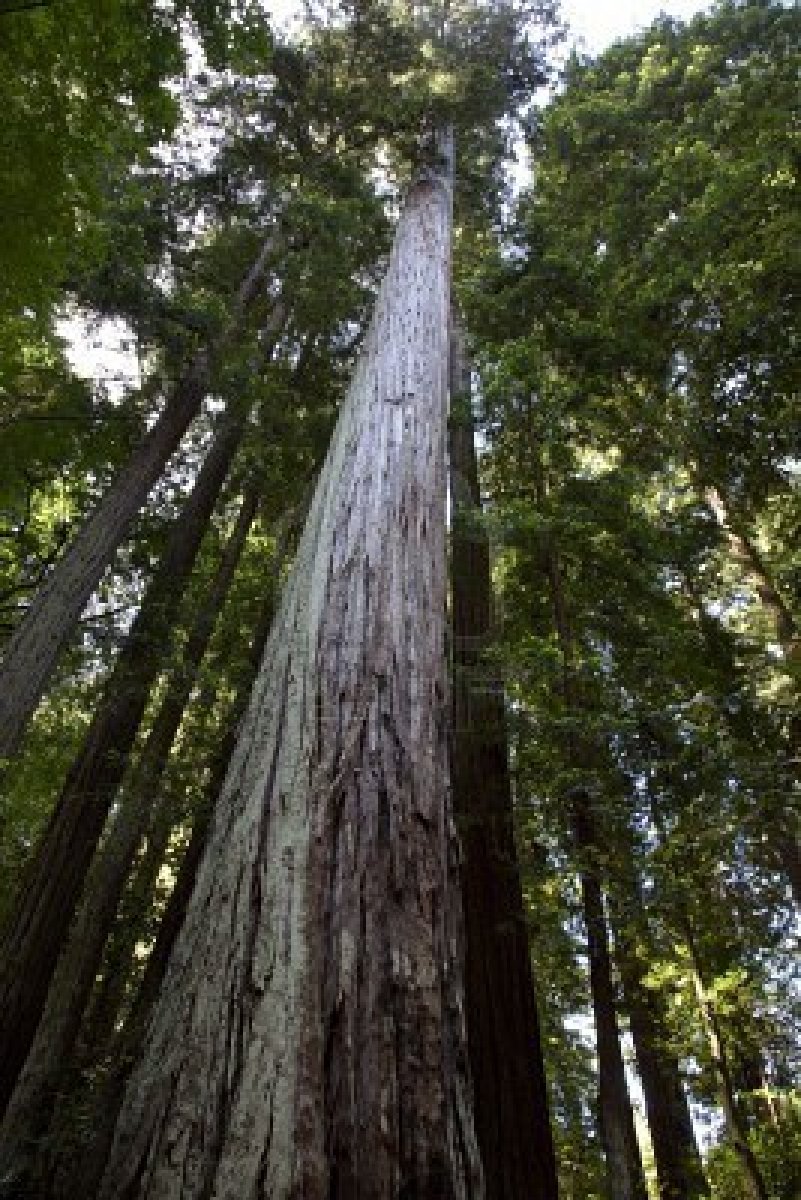 pssssssst……It has some of the biggest trees in the world – these are the Redwoods of Henry Cowell State Park, just a couple miles north of town.

Below is a look at the largest Sequoia in Santa Cruz – tended to by my excellent baseball junky friend, Lee Bookout. 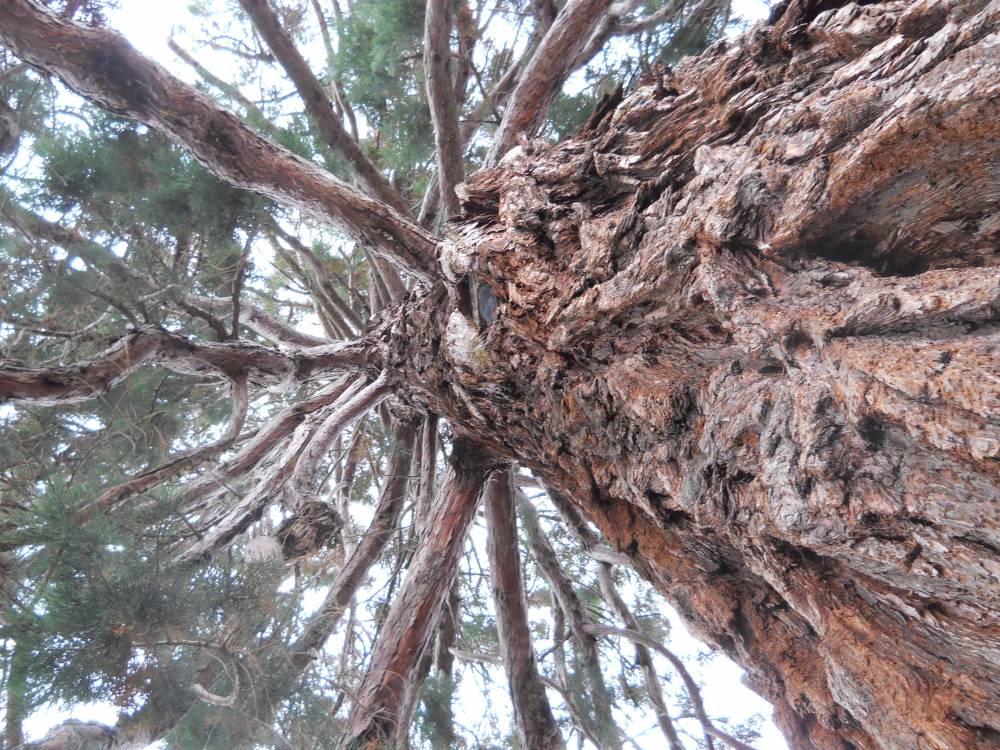 A most definite Coast Town…………… 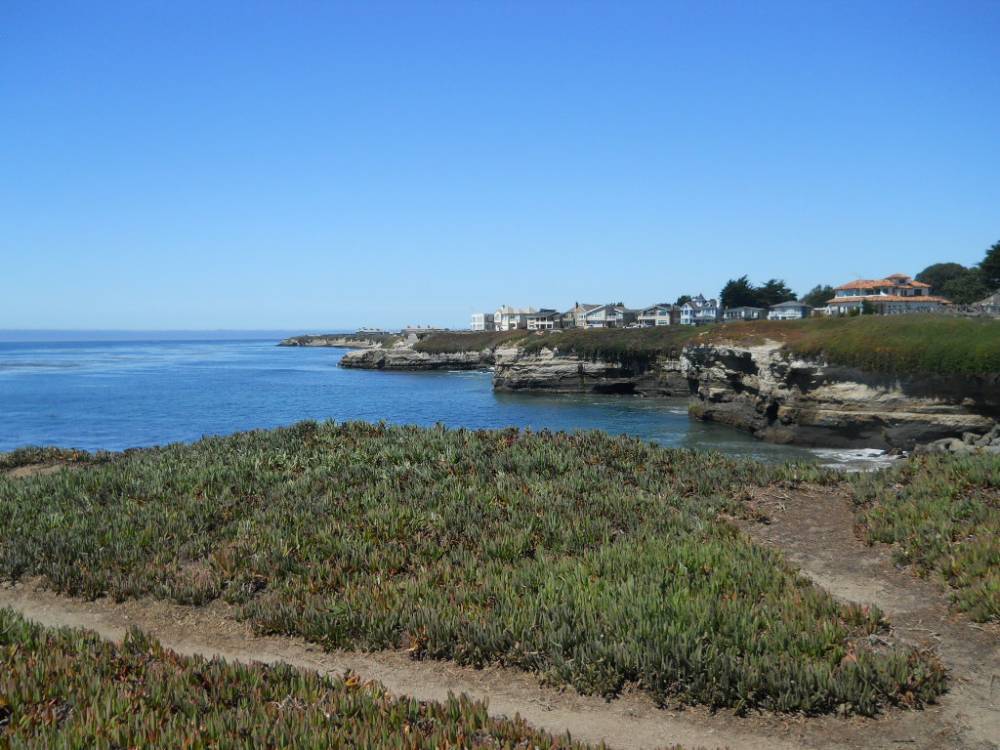 I also believe no portrait of Santa Cruz would be complete without a shot of these stately and somewhat weird Palm Trees, punctuated everywhere throughout town whose continued existence still amazes me, after the earthquakes, the severe Winter Wind storms and the drought-like conditions of a regular year in the life here. 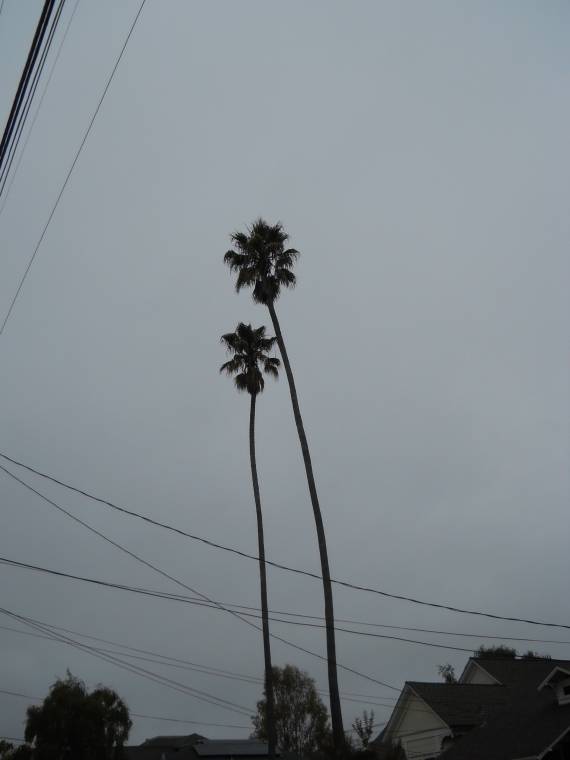 But the townspeople also display an understated landscape design – all over –  rife with appropriately gorgeous plantings everywhere. 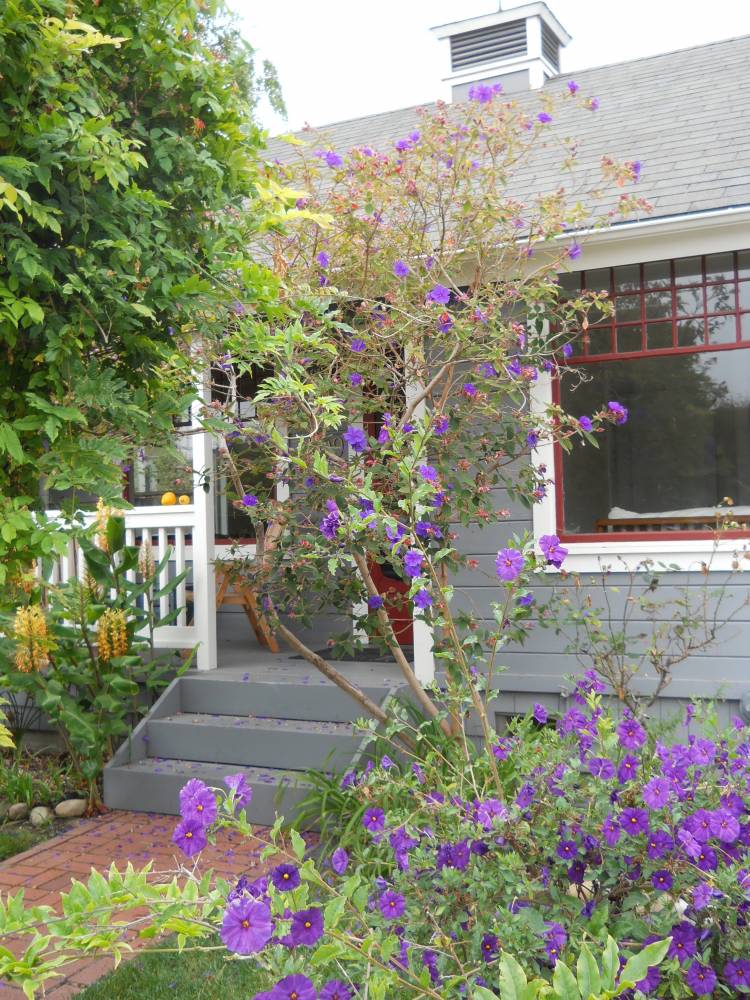 In many ways, Santa Cruzans display a very mature take on design and floriculture. It is rare to find anything gaudy, inappropriately mixed in color or otherwise unprofessional. These people know beauty and they tend to let it stand on its own. 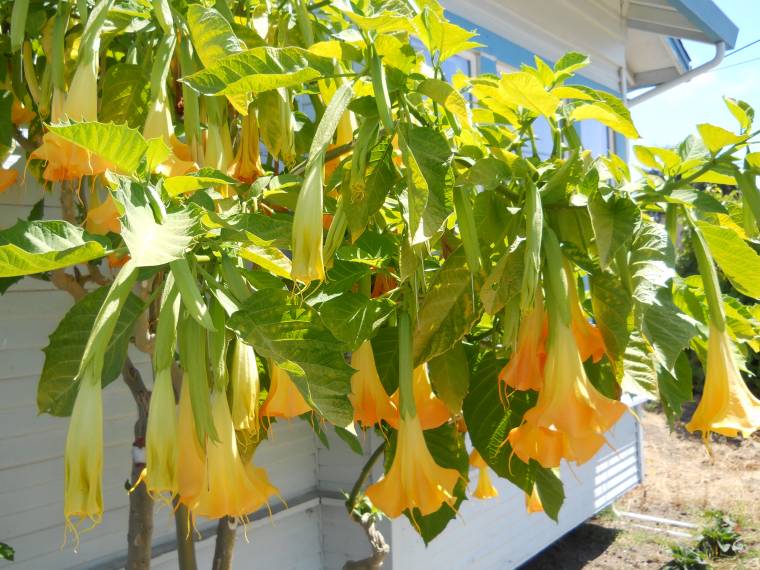 How ’bout these here Naked Ladies?  😉 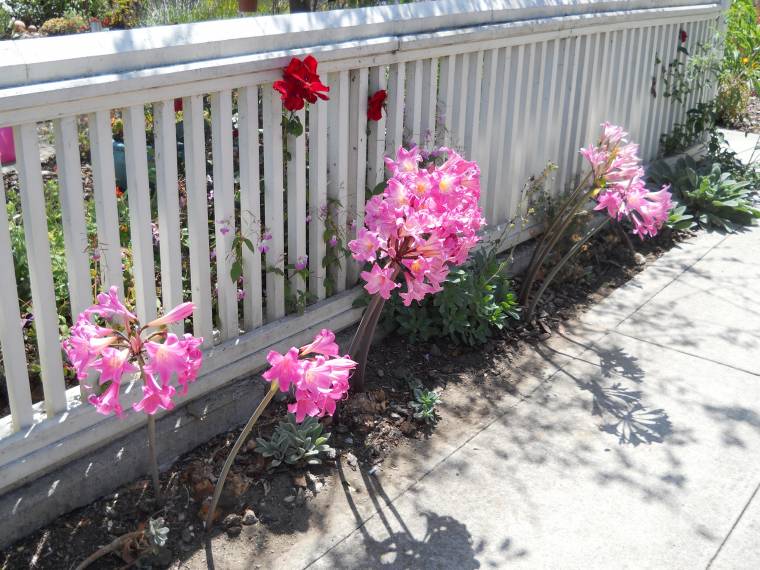 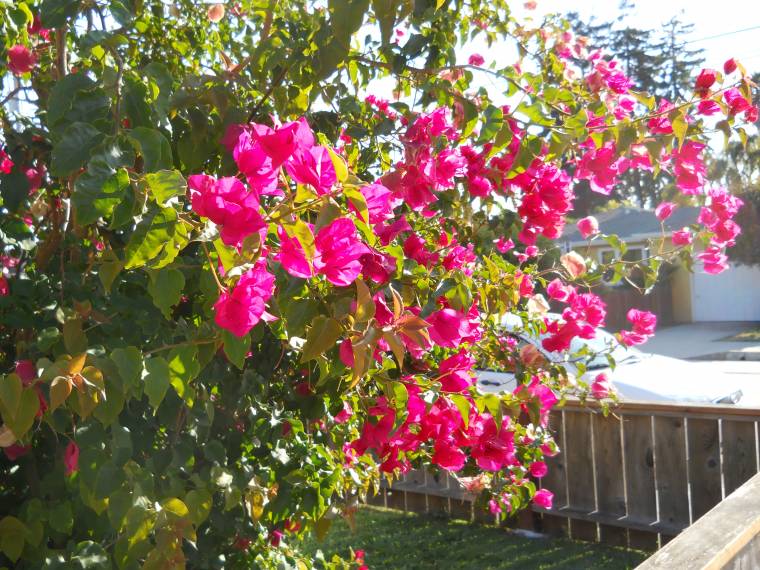 Even the stupid Morning Glory – a pestilence in Vancouver and treated as a weed – does some hard and beautiful work in Santa Cruz: 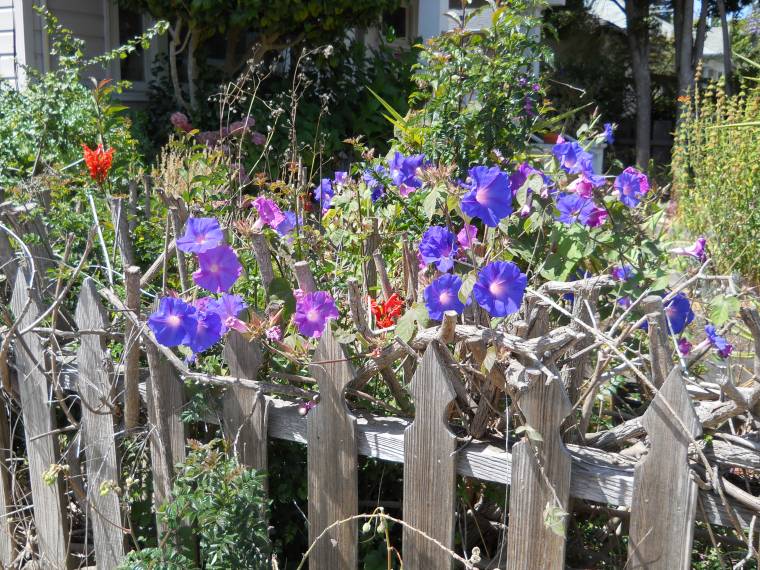 Princess Flower – Tibuchina. What can you say? My favorite plant ever. 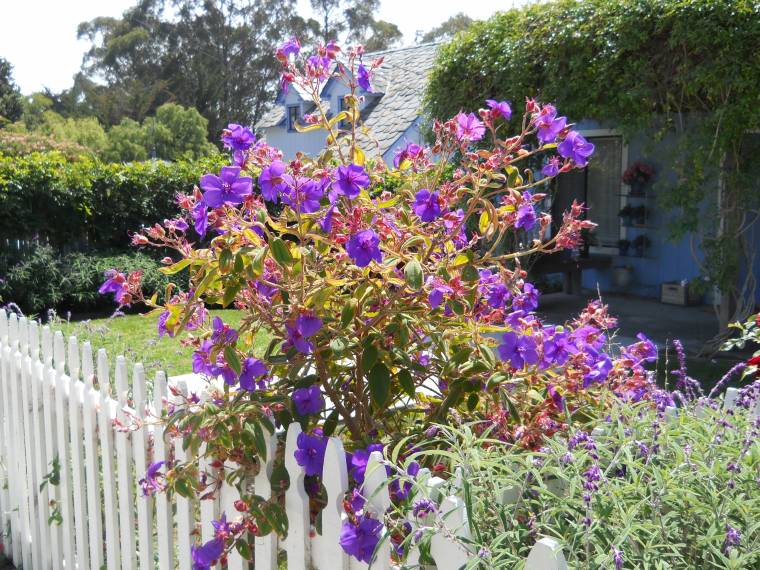 Outside of Woody’s house, we sat on his second floor balcony, reconstructing baseball and life, watching hummingbird’s feed…….the amazingly and sometimes even sickeningly odoriferous Eucalyptus trees abut the little deck, making it as soulful and as gorgeous as one can even imagine. 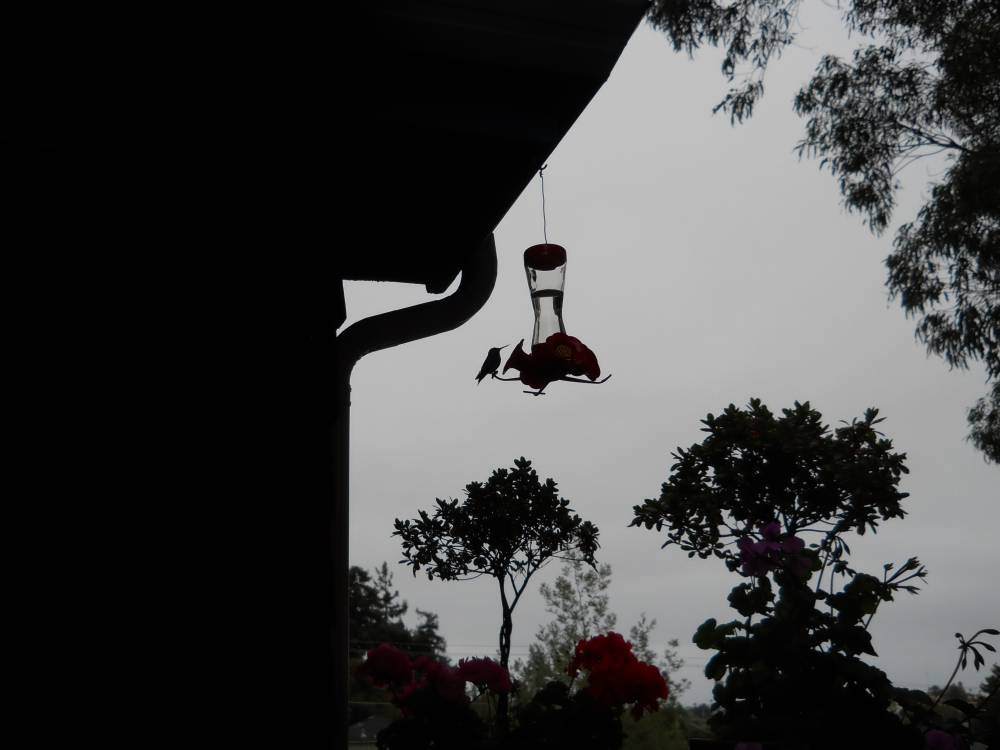 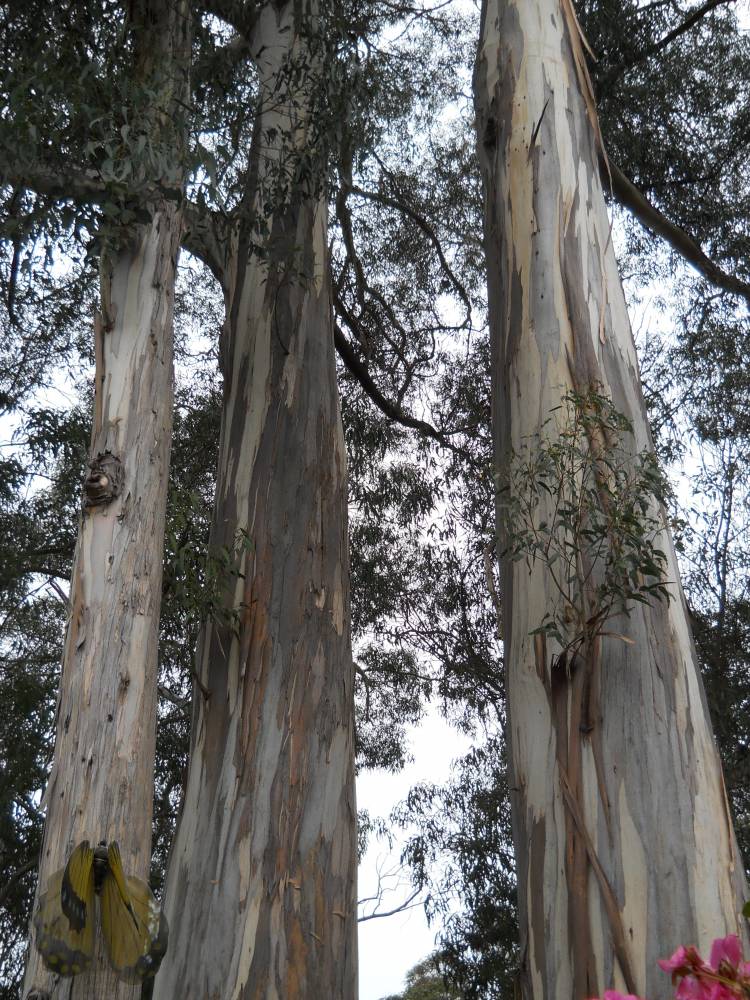 I got pretty lucky, altogether. There were beautiful women everywhere. Heck, they even smiled for me! 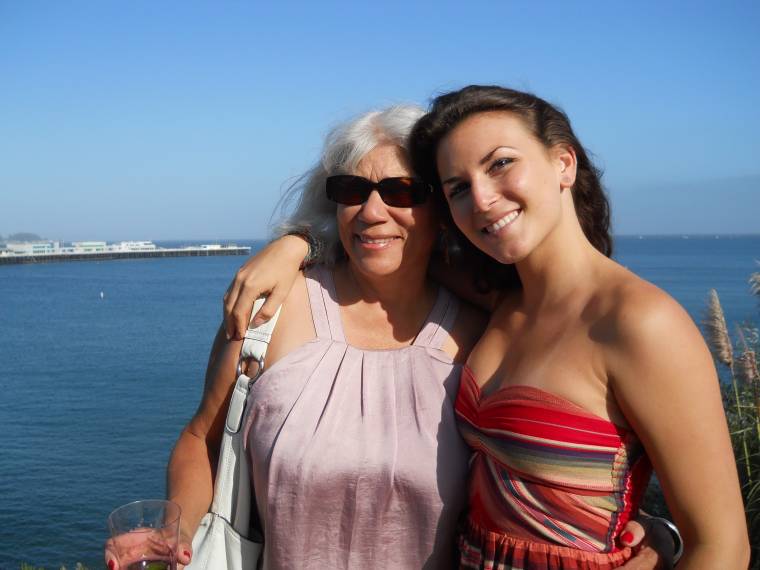