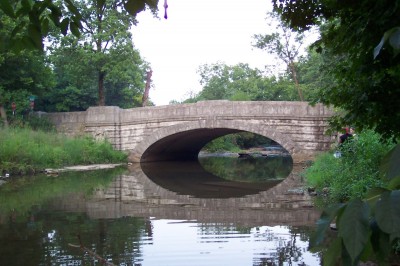 Frederick Olmstead is the designer of New York City’s Central Park. He was an exceedingly busy guy. His mission was to beautify America and he did this like no other single person in the entire United States history. He laid out city plans and designed parks for New York, Montreal and for Louisville, Kentucky. Indeed, since Louisville was one of his final large designing efforts, it may also have been one of his best. In Louisville, Olmstead was given far more to do than merely set up and design park space. This time, he was tasked to design a city for the best effect. To this end, he designed the entire parks and parkway system for that gorgeous city, my favorite town of all I have lived in or visited. I honestly believe the graciousness of Louisville’s citizens is a combination of that ‘Gateway To The South’ charm and a reflection of the gorgeous and humane environment laid out by this wonderful designer.

I have a Mom and a brother who live there, in Louisville, and I try and make it back yearly, if possible. I was raised about 100 miles West, in a sport-mad town called Owensboro, hard by the Ohio River, my earliest playground. I once heard that, as a state, Kentucky has more rivers than any state in the Union next to Alaska. Inasmuch as I recall an amazing array of rivers and creeks coursing through Kentucky, I have no reason to disbelieve this. As a young fisherman, I think we always assessed the catfish possibilities in any creek wider than 8 feet. Creeks are also everywhere, is my point. 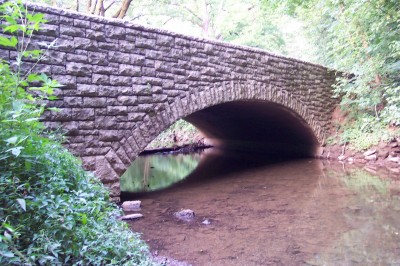 The creek featured in these photo’s is Beargrass Creek, a meandering, slow-moving creek on the limestone bedrock typical of Kentucky geology. It winds through the park and necessitated the erection of these fabulous bridges assigned by Olmstead to his by now well-known bridge and stonework corps of experts. They are all of stone or cement, though mostly stone, some much more fascinating than others. But they all bear the marks of some amazing professional and artistic expertise. There are 7 of them and I won’t feature them all here. 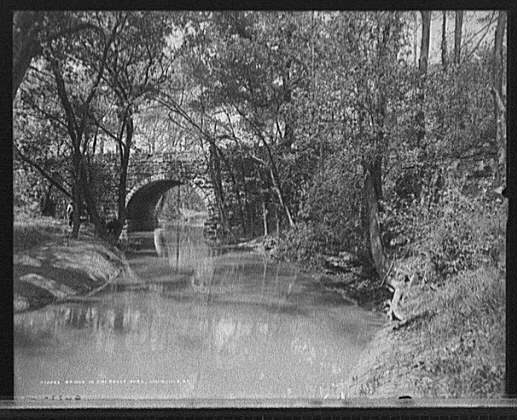 Some are now in poor condition, one even subject to vandalism, of all things. The community rallied around their bridge following a destructive vandalism event and raised funds to refurbish one of the older bridges. It re-installed a community sense of what they had in their midst and is a refreshing and altogether uplifting story of civic pride. 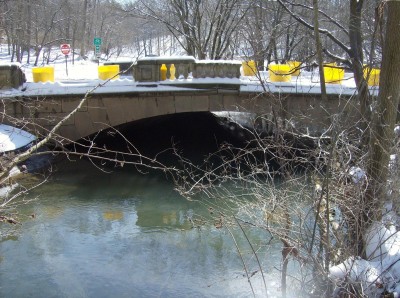 The precision and art of the masons is a wonder. Flawless bridges, carefully and expertly constructed offer yet another reason the park itself can be it’s own destination. My mother used to talk about Olmstead as we would drive through the park and I would crane my neck to see the bridges which we crossed daily when they lived hard by Cherokee Park. Indeed, the Park is still used as a short cut for many who daily traverse these gorgeous bridges. I love what Olmstead gave to the US. As a designer he gripped the 20th Century in his hand and formed it into something respectable in an otherwise cold, gray, utterly industrial period. The persistent beauty of Cherokee Park – and of the road system Olmstead designed, featuring Eastern Parkway and the well-treed streets of downtown Louisville have contributed hugely to making it one of America’s most livable places. 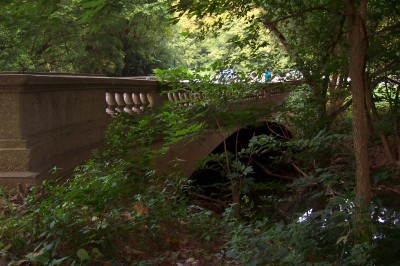 9 thoughts on “Bridges in Cherokee Park – Louisville and Olmstead”