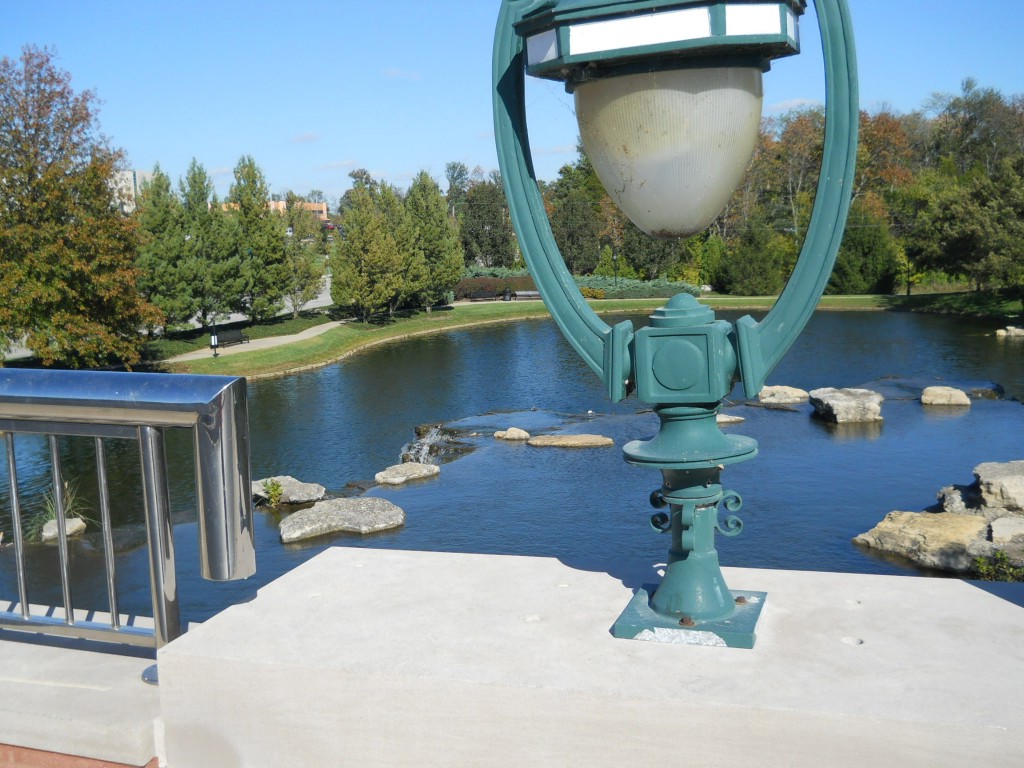 According to my calender, it’s officially early Autumn. 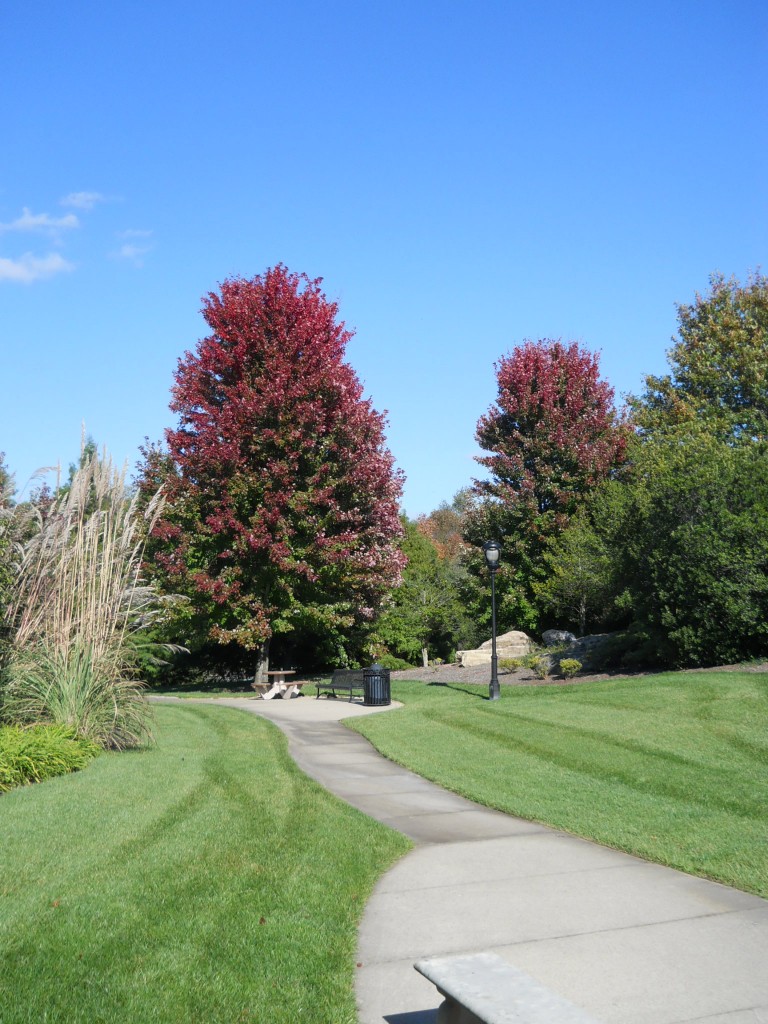 Today was a supremely enjoyable early Fall day. I chose to do some serious walkage, happening onto Papa John’s World headquarters who have a rather breath-taking landscape – equal parts large, colorful and artistically arranged.

Of especial note, the deciduous trees and the pluming grasses are just now in the process of becoming all they can be. 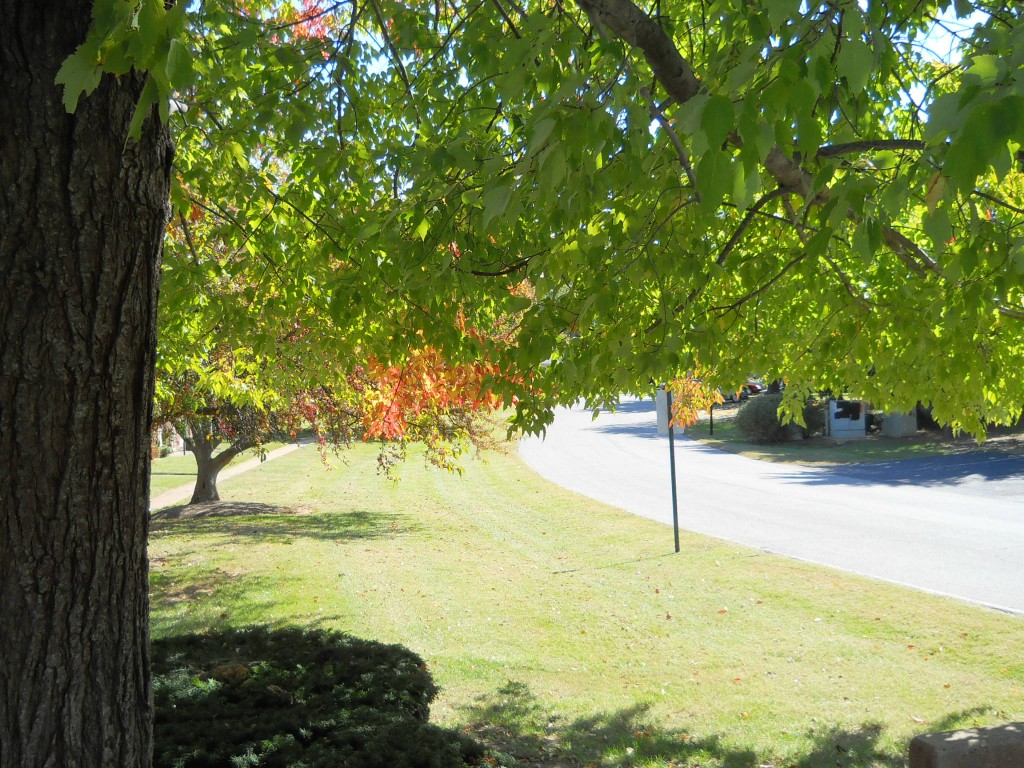 Little peeks at color on trees fringes, suffused with radiant light, give the sense of change in its earlier forms. While not full-out Autumn, these glimmers of the fast-starting changers like Norways or Red Sunset Maples – an Autumn Blaze showed up – pretty much can cover one’s expectations with real zesty flavor. 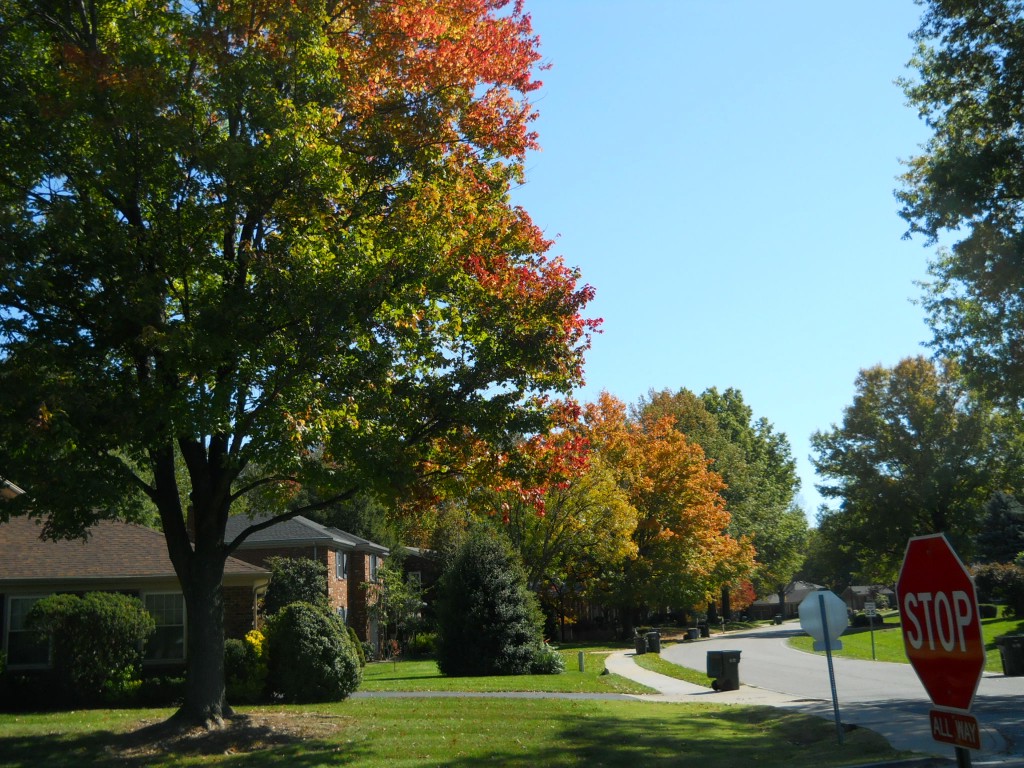 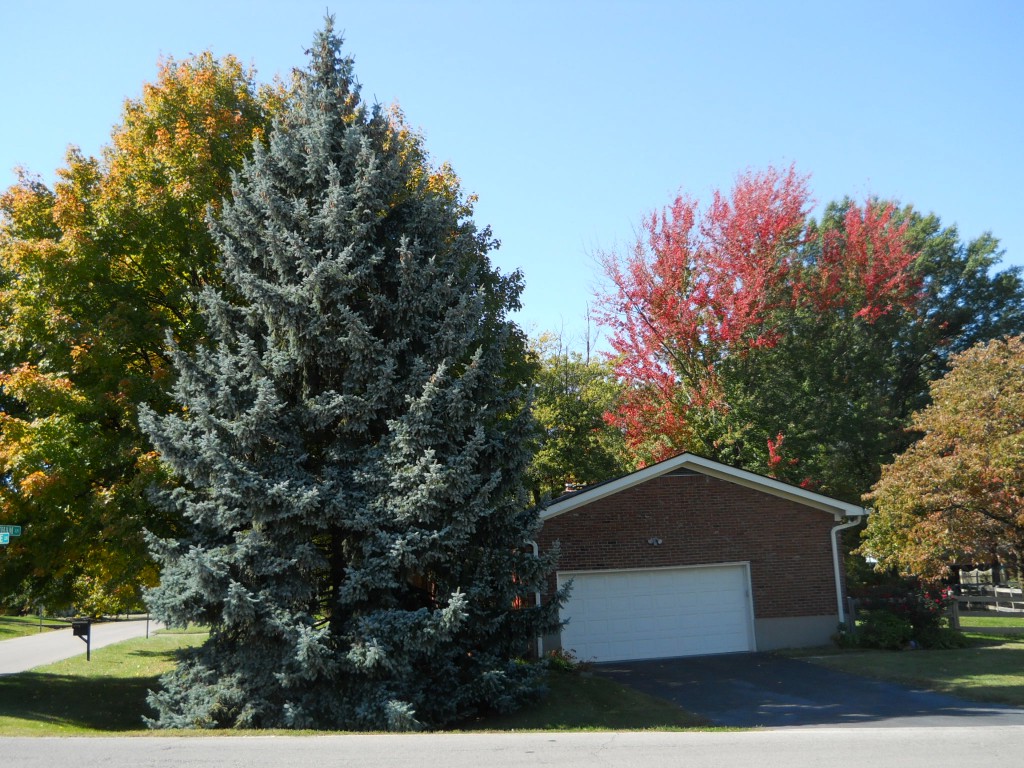 Permanent colors like with this Blue Spruce contrast with such vivid reds from the local insane Maple contingent. 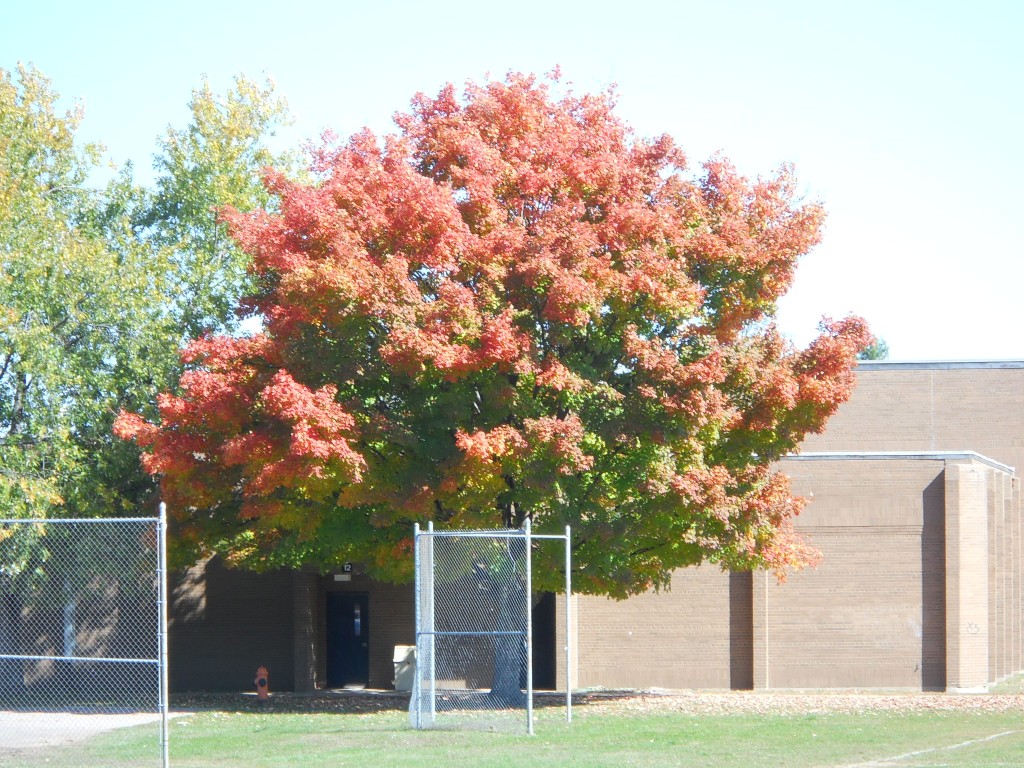 Orange is featured by the Crosby Junior High……….is it ever! 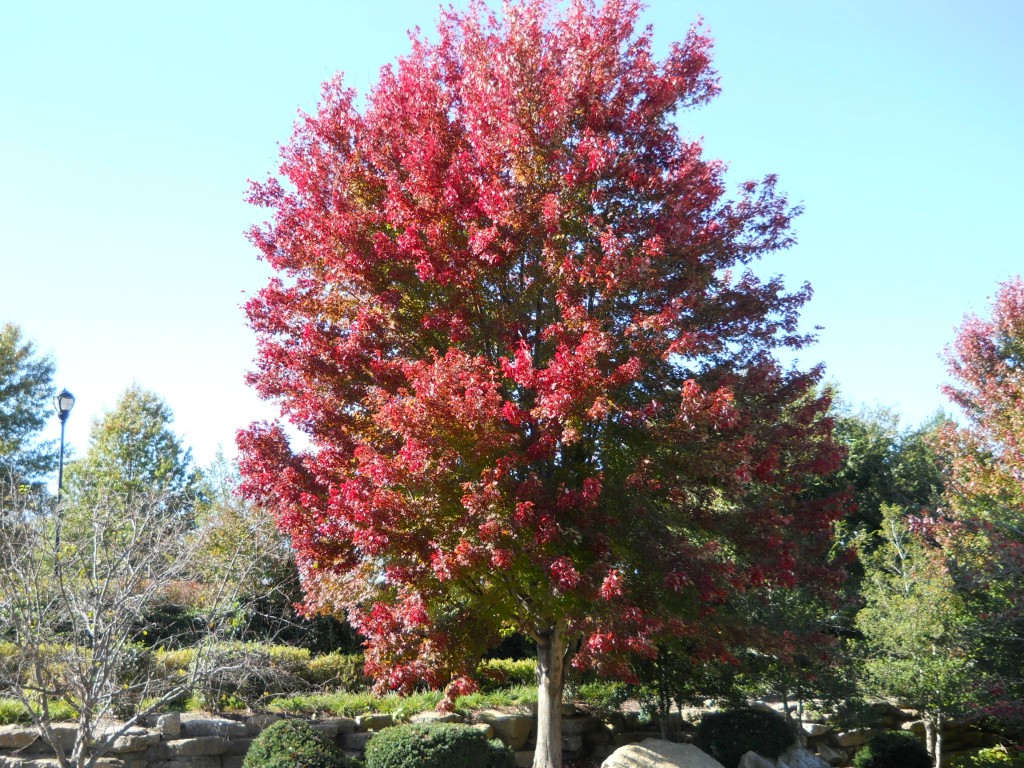 Back by Papa Johns, we get it. We really, really get it. 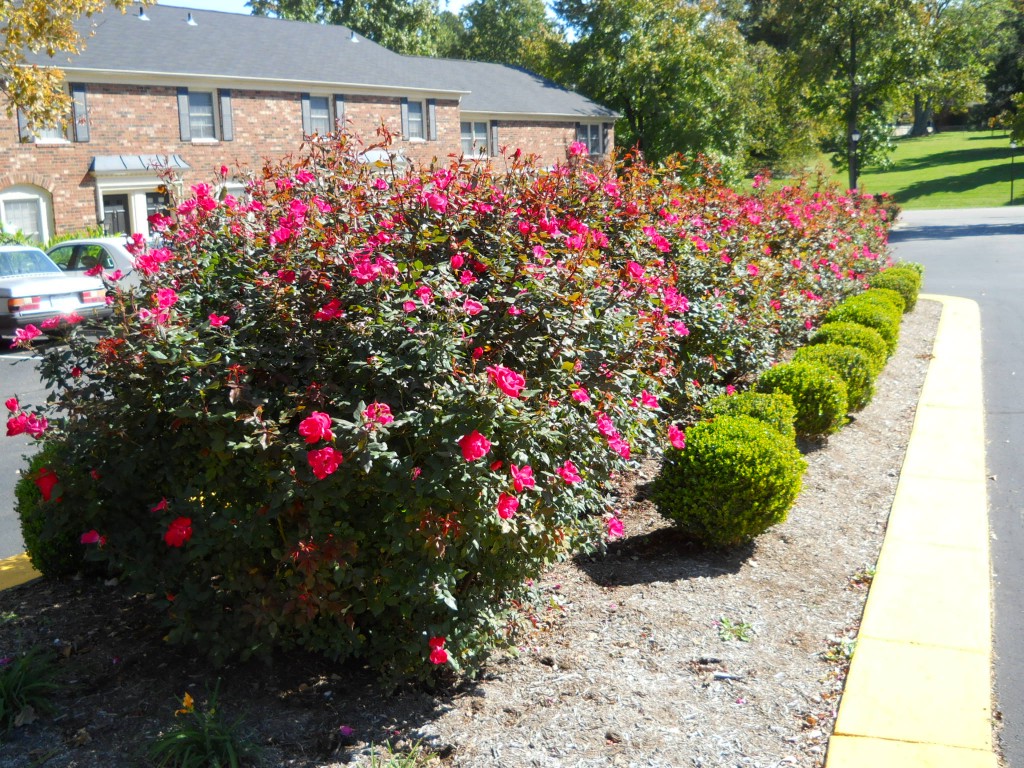 These gorgeous roses want another series of blooming too, and they shine at this time of year. 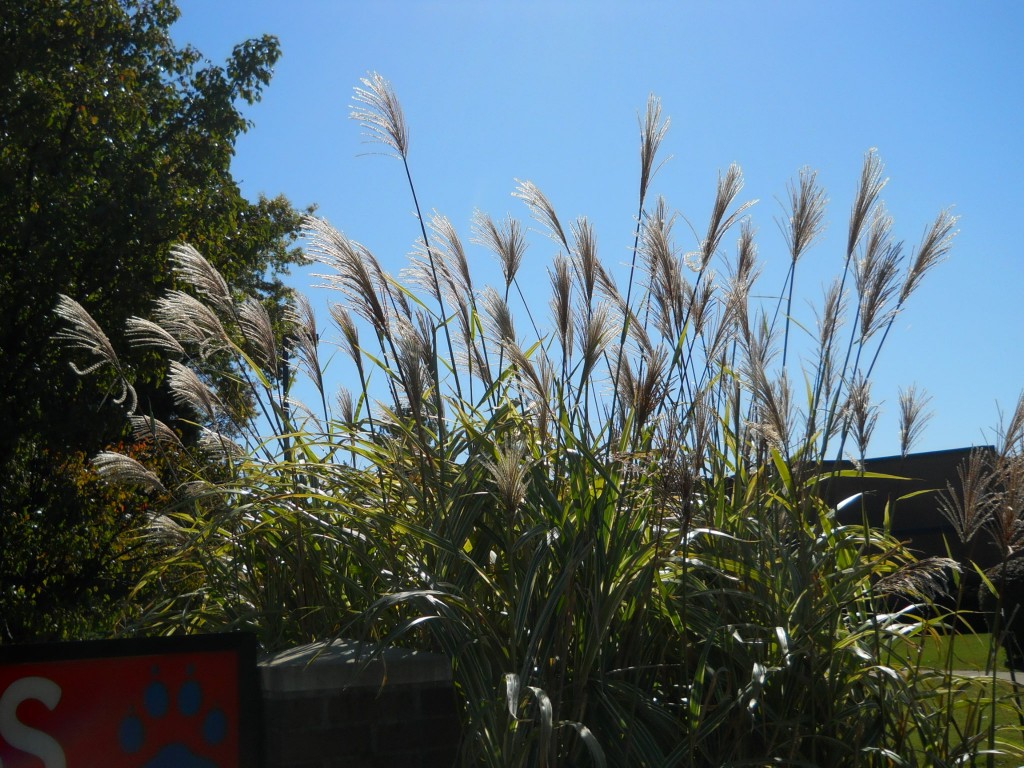 Awesome grasses show off elegant plumage, waving in the light winds and sparkling in the sun. 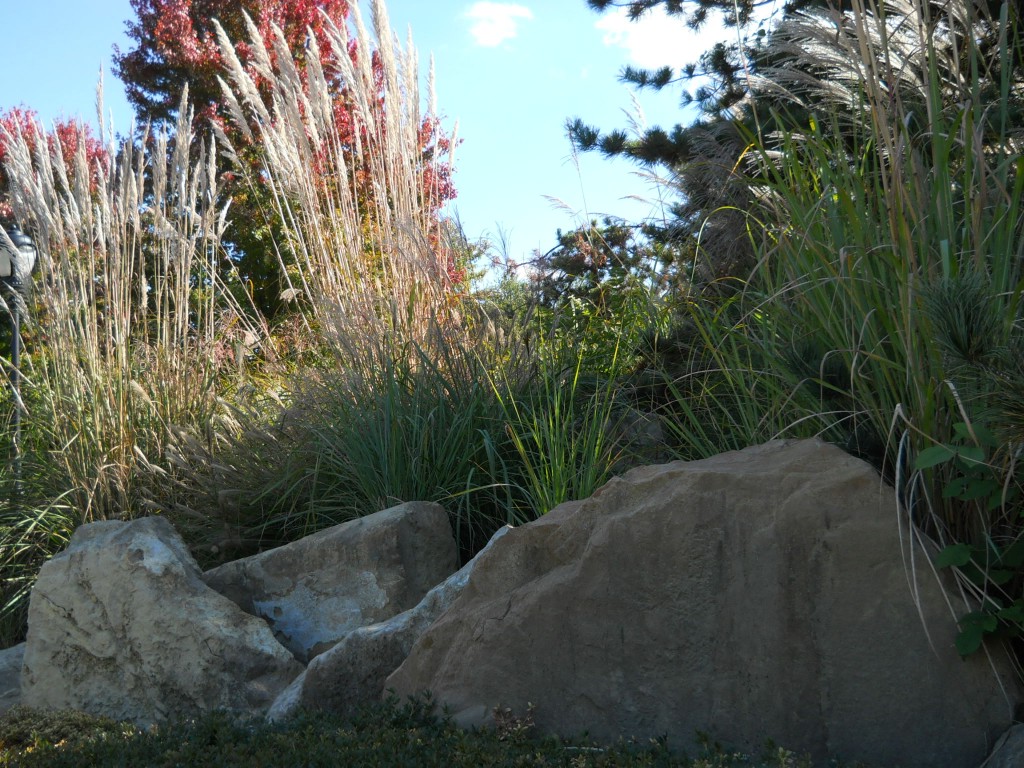 This very cool landscaping arrangement of stones and plantings grabbed my attention more than once over the years. 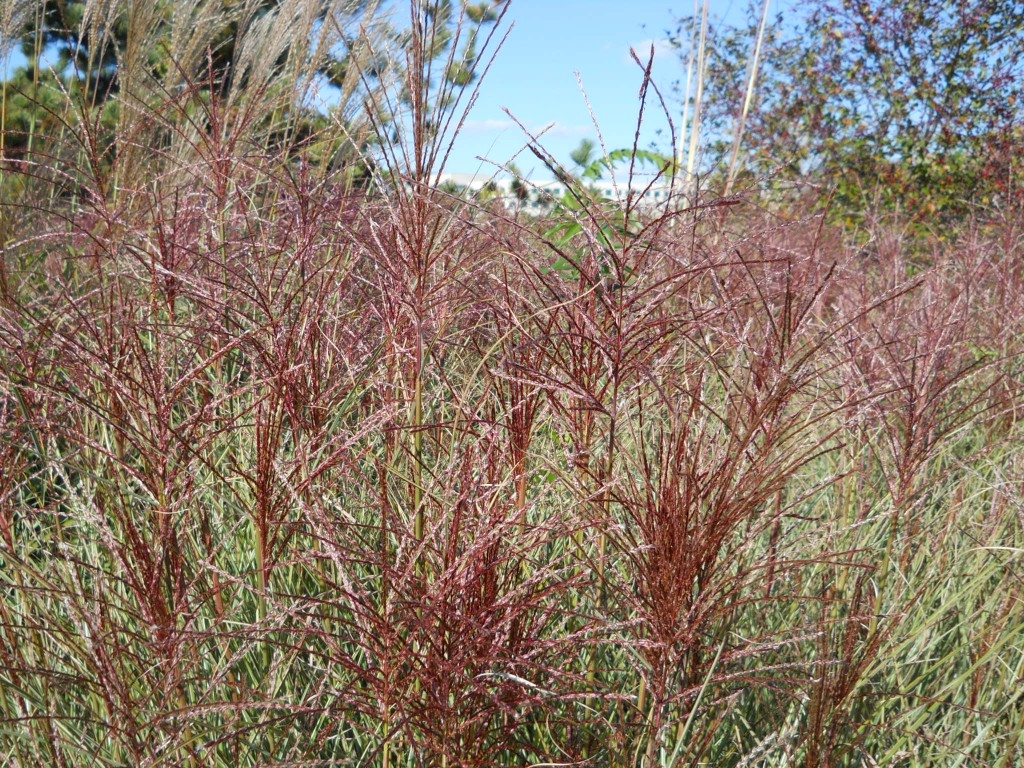 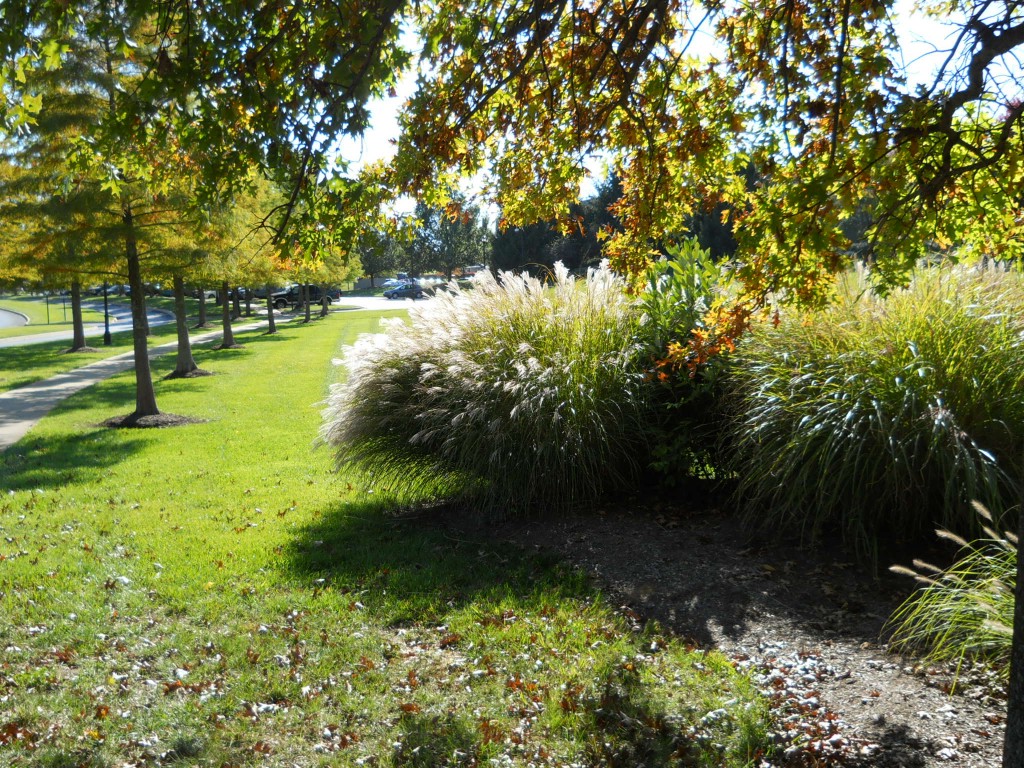 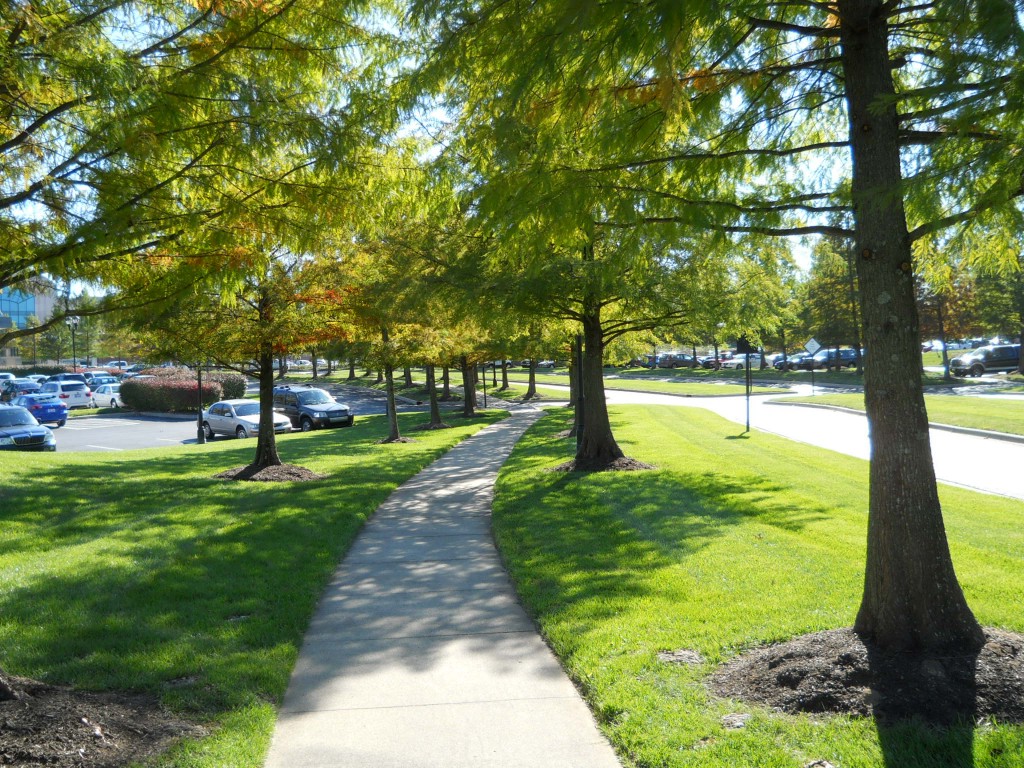 Above is the walking route around papa John’s, marked by distance markers and landscaped to provide needed shade in Summer and fantastical visions as Spring and Fall each erupt – for different reasons.

It’s a gorgeous world out there as things cool down and begin to go to bed, awaiting Spring. But much of interest happens, “getting ready for bed.” 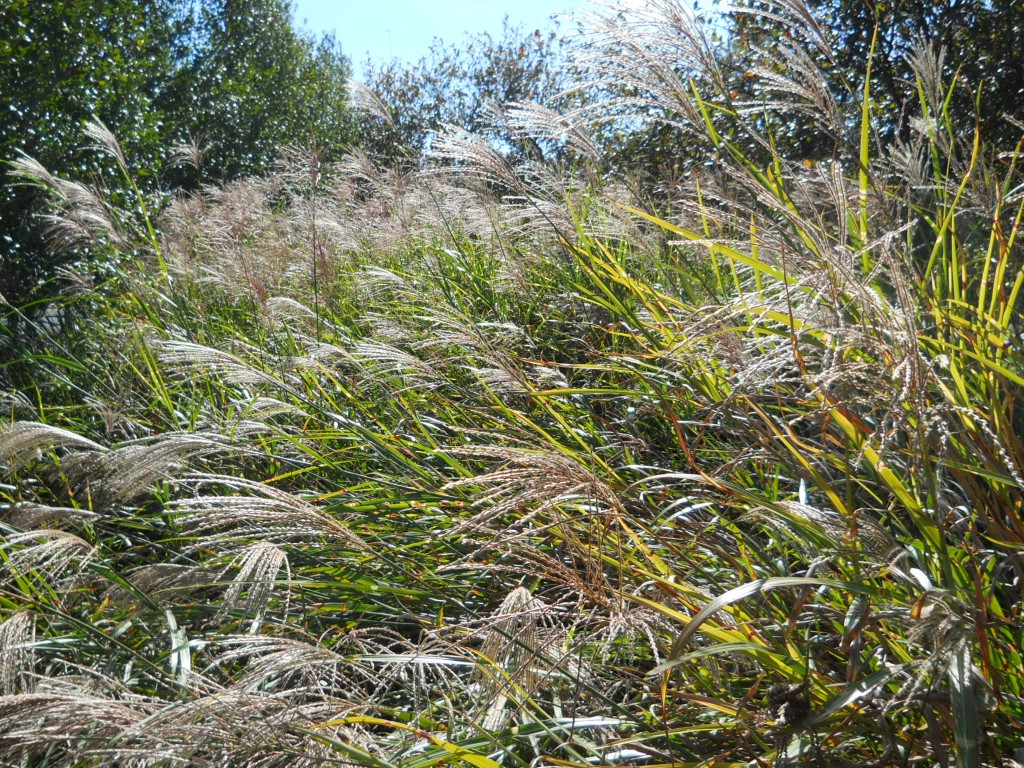 2 thoughts on “Early Fall In Kentucky”