There are some splendid writings in current circulation relative to this park. Naturally, the park’s own website is rife with good stuff, especially that written by noted author and local resource and legend, Bob Hill. Bob’s ongoing blog which deals with the local history and the families who once owned these lands is enlightening and in depth. Eventful throughout history, from early pioneer settlements through the Civil War up to today, this strategic region has played abundant roles.

This is the link to Bob’s Journal: http://theparklands.org/category/bob-hills-journal/ 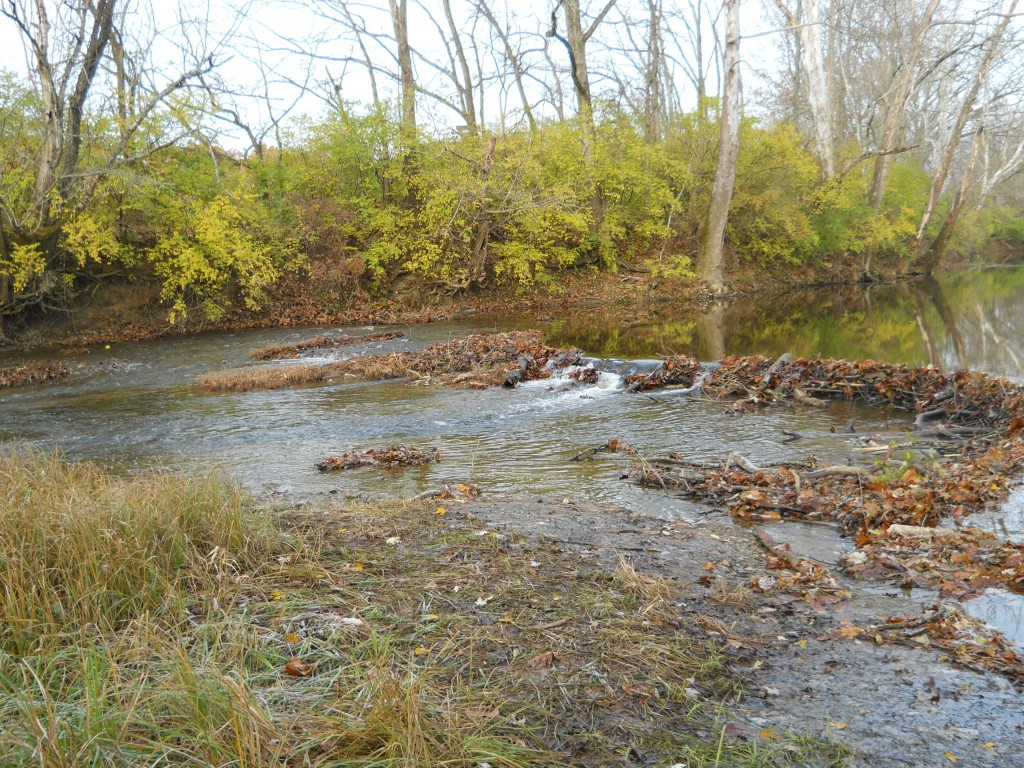 The bridges in this park – 7 of them – form an essential architectural feature but also reveal the playful sense of uniqueness which will forever mark the forward-thinking design team and its permanent edifice of a park for the ages. Once again, Bob Hill weighs in on his blog about the very bridge design and then the construction itself – and even the guys and gals who put all the pieces together. (Click for Bob’s blog entry)

From the blog: “Below the girders, massive rectangular blocks of limestone cut from a Bedford, IN., quarry had already laid in place along the river’s edge to provide stability – and heighten the visual effect. 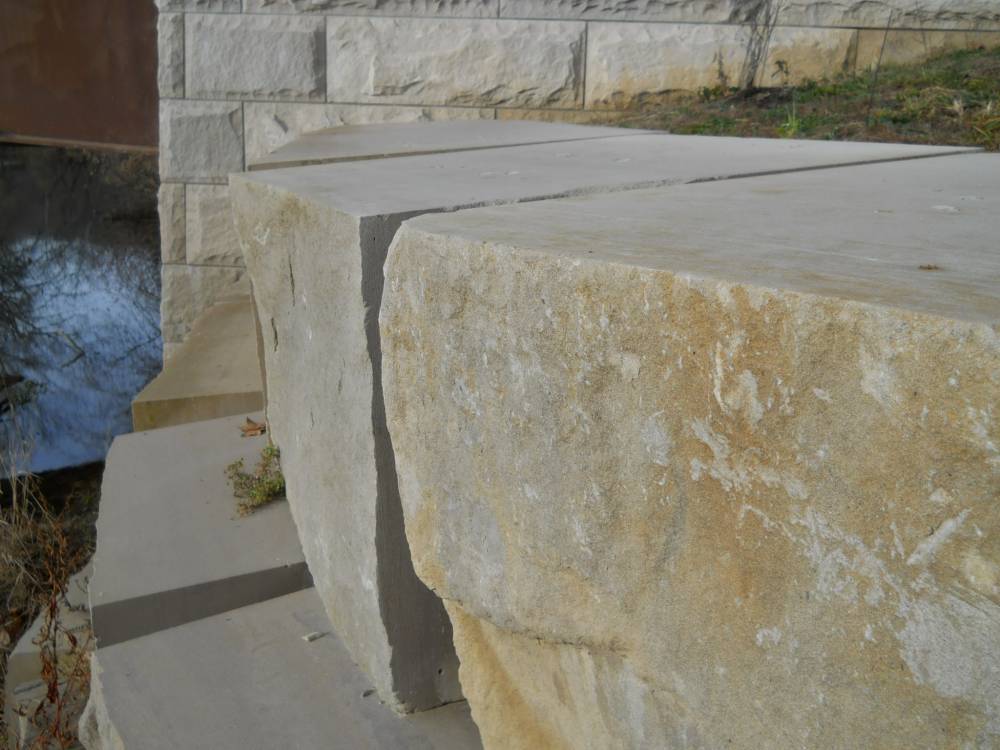 The blocks – some eight feet long, five feet wide and almost five feet tall and weighing up to 16,000 pounds – also had been carefully inched into place on long cables. Limestone blocks would also be used alongside the bridge – and were randomly scattered about the landscape near the bridge – to add to its sense of place.

I was blown away by these gorgeous blocks of pure limestone, crystallized, heavy as hell and cut amazingly perfectly. I mean to a Tee. I kept climbing over them on my own visit, wanting to know more about them. I really wanted to weigh them, lol. Don’t tell anyone, please. I’m addicted to rocks. 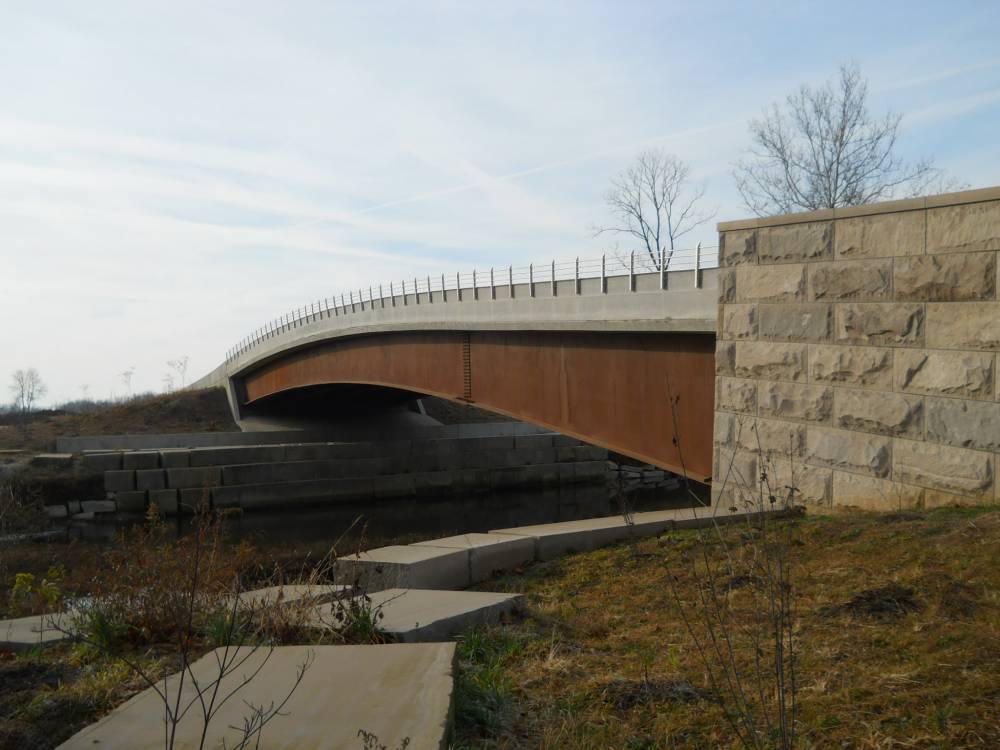 It seemed as though the producers had gone nutzo – the monstrous perfectly-cut boulders simply materialized in strange places together. 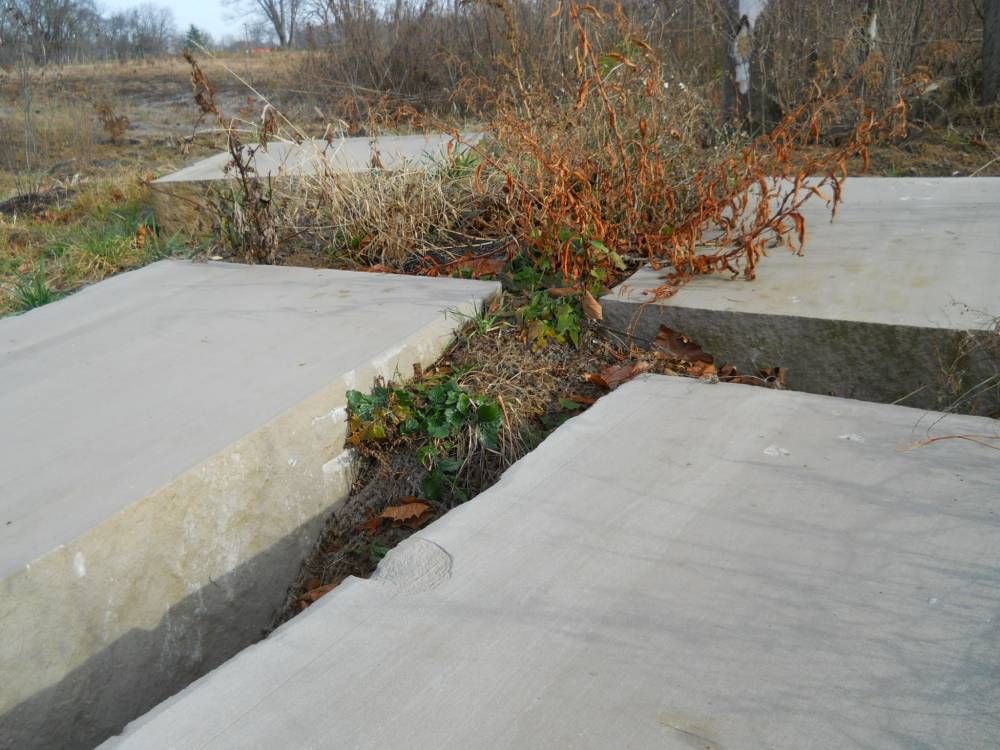 Now and then you can find them singly – just sitting there like a seat. 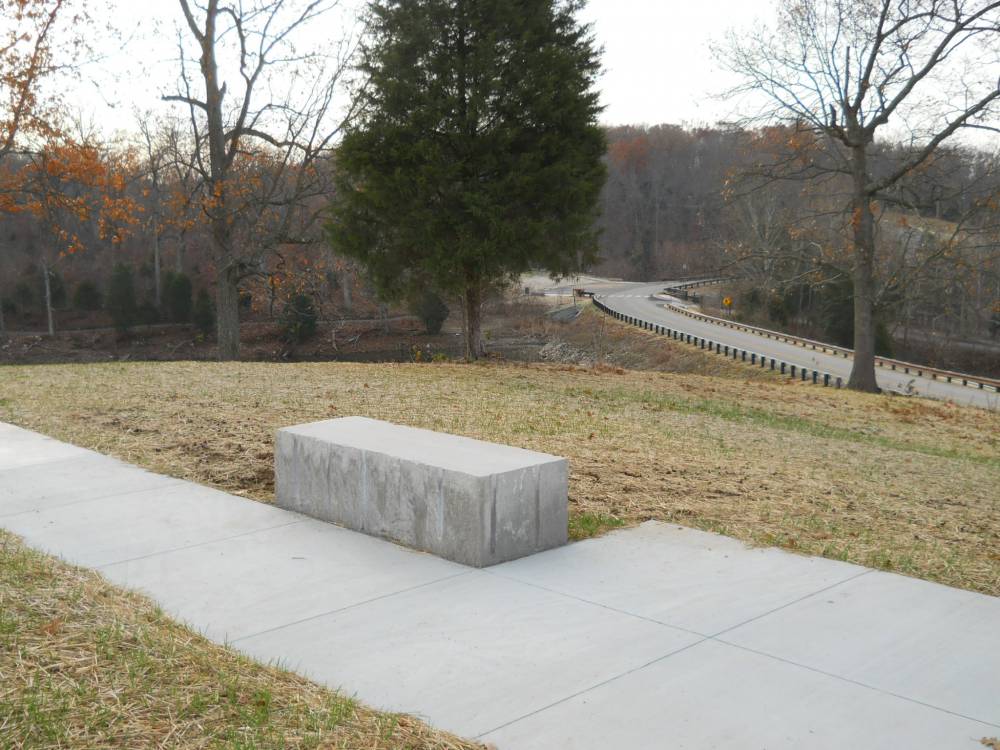 These, then, are the “Leaping Bridges” Bob Hill refers to. But here are two more absolutely gorgeous bridges – one which may not even be categorized as a bridge. This one: 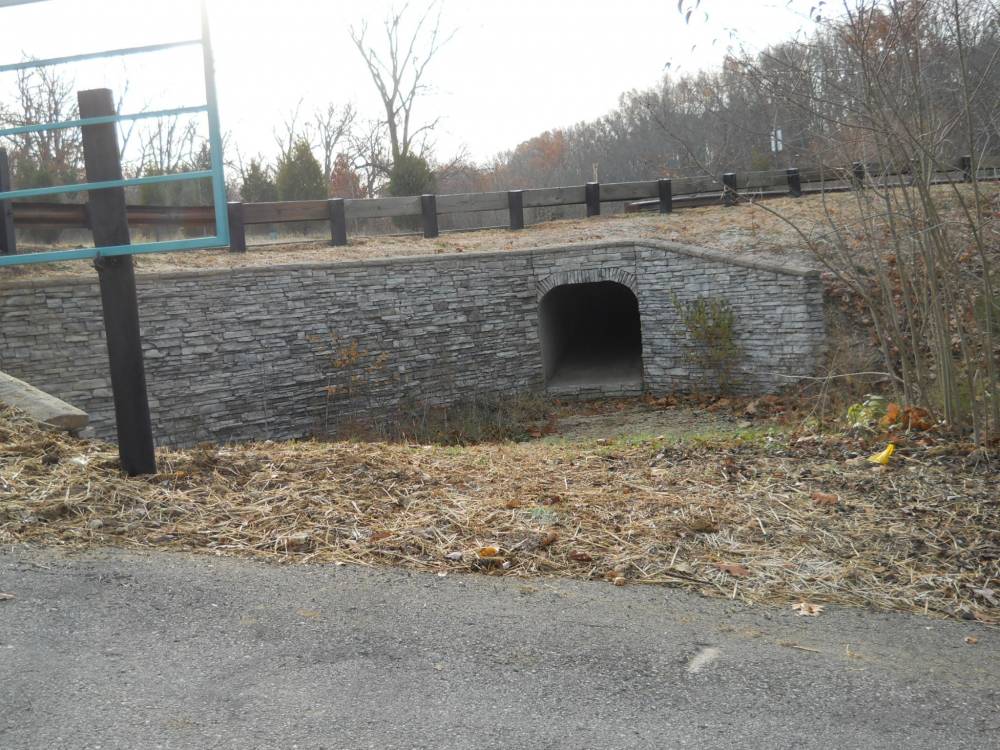 I suspect this actually qualifies as a “culvert” which makes it even cooler. How beautiful.

Now this bridge happens to be my current favorite. Not “leaping” – merely flat and a span to just get over, ignoring what is underneath would be a mistake. Incredibly, the most remarkable facet of this span is all underneath. 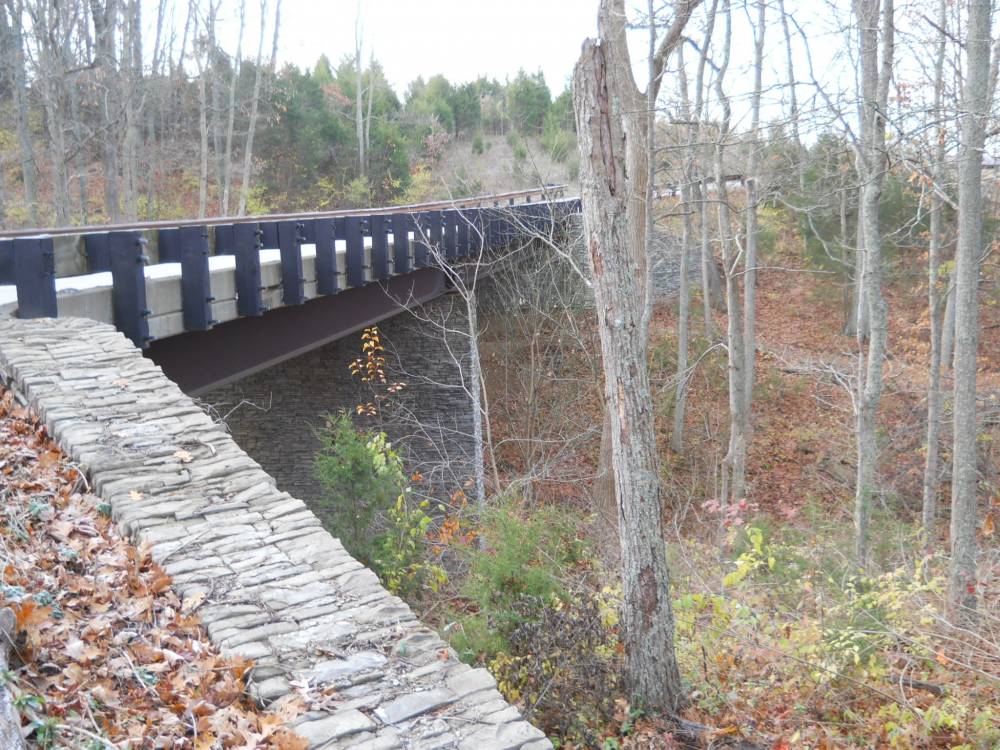 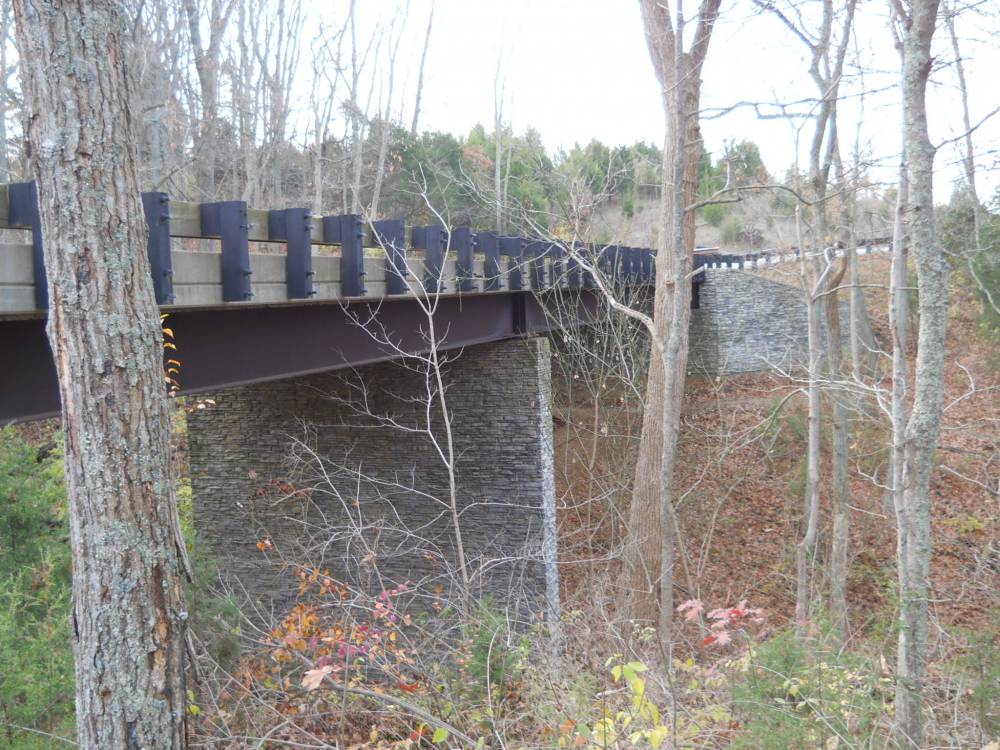 Bob again: “It’s much as this deer is leaping over the fence,” said Walters. “That’s the idea of the bridge. It has this big muscular side that’s not an arch and it lands on the other side. There’s a sense of movement in the railings.”

These are not your everyday railings. These ones “lean”.  😉 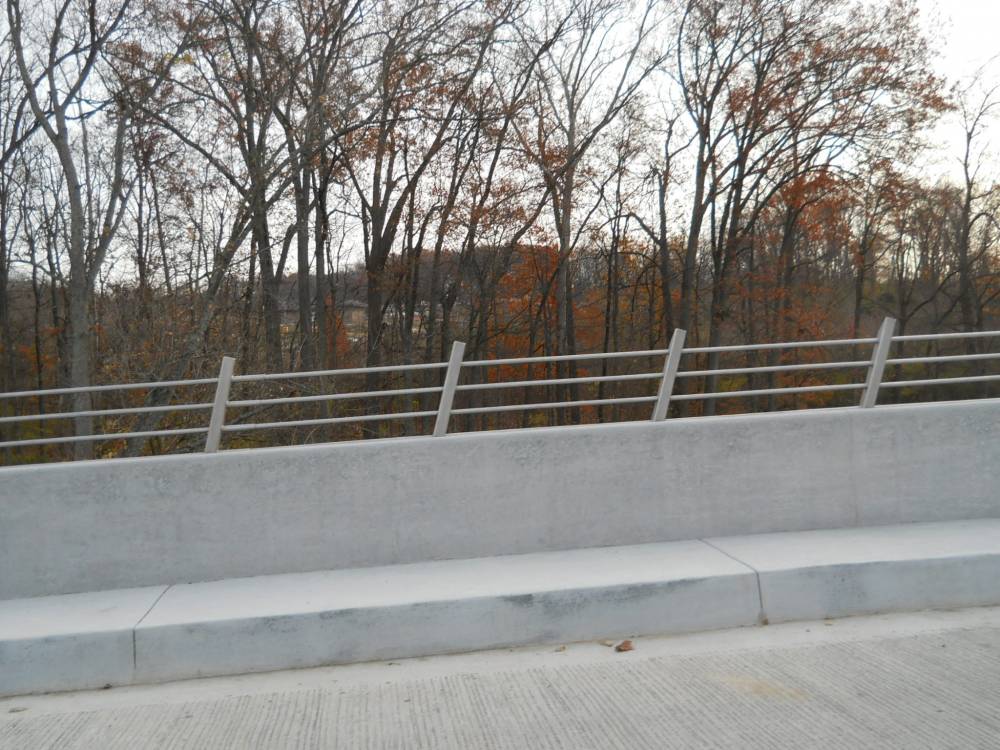 Once again, every glimmer into this fab park reveals yet another level of a purely awesome concept, of fascinating and challenging design work and with a respect for installation craftsmanship of the very highest order. Much as how the bridges in Cherokee Park right in the midst of downtown Louisville express the same marvelous patience and control wrought by the best craftsmen of its day, the bridges here simply reflect an overall competence that matches the deliriously excellent designs.

Here’s a special section I created regarding the bridges at Cherokee Park. I believe you will see the same similarities I recognize with this gorgeous construction. 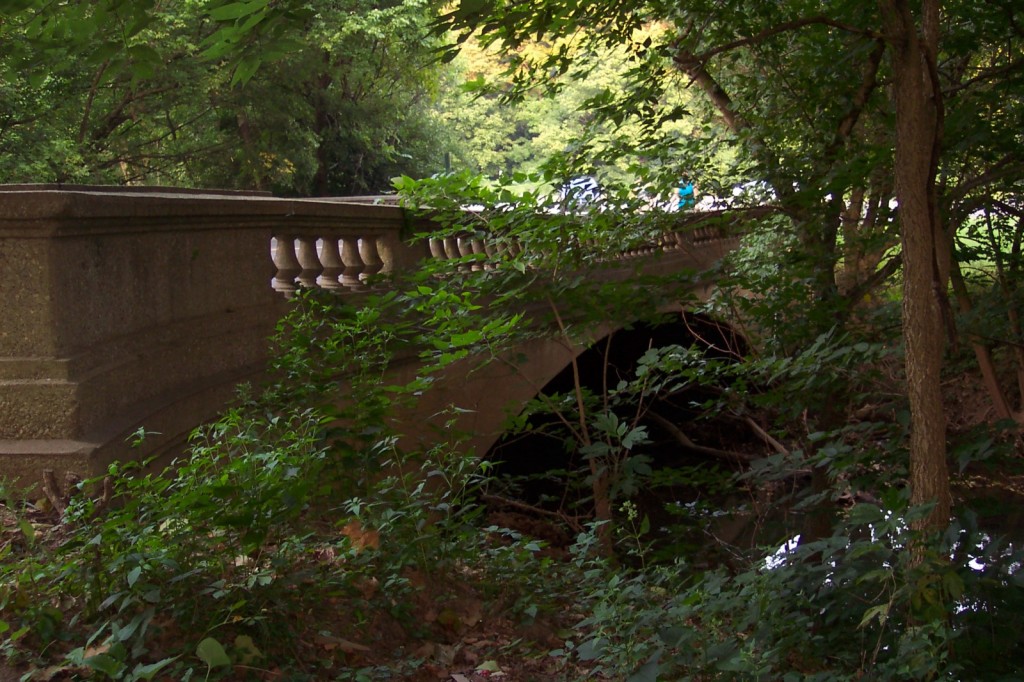 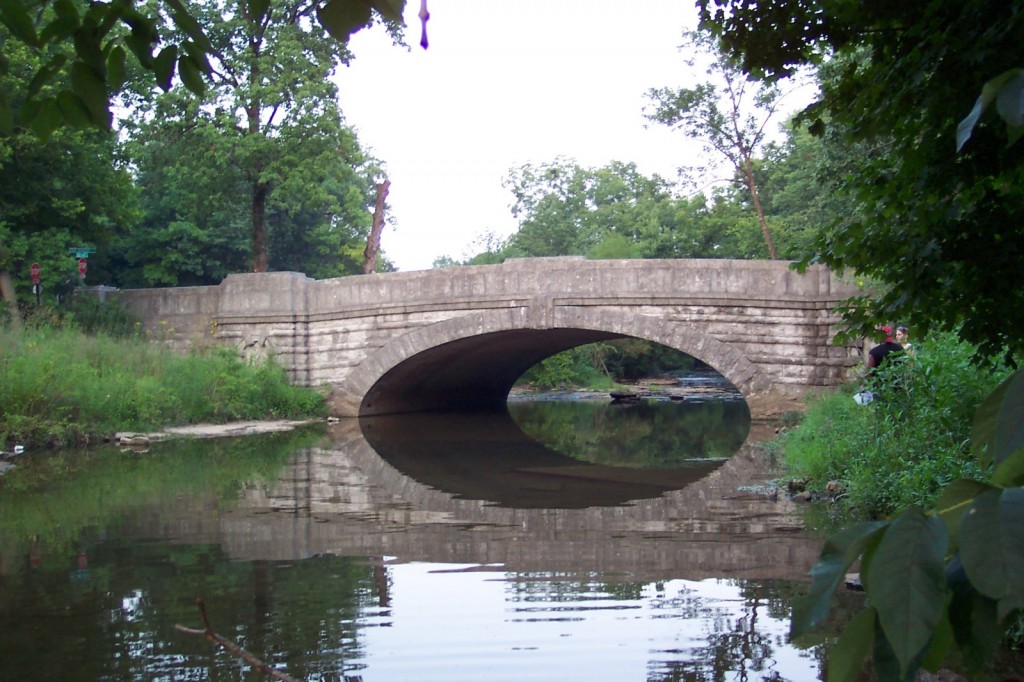