I’ve written once before in this blog about a literally transforming event in my life. I can’t even recall exactly where it is located in this now-multiplied posting binge of mine, but I love telling the story, so bear with me as I talk about an inner relationship I have with the coolest animals on Earth – other humans.

I ran an extremely busy business in Vancouver, British Columbia in the early 80’s. Fresh at my first-ever business launch, the previous couple of years had presented me with a burgeoning business with many clients and prospective clients in a hugely rich climate of new construction and forming wealth all around us. Relationships were forming daily and I was being appealed with and sometimes nearly blackmailed to not only take on major landscaping projects of large apartment buildings and commercial properties, but also to design and install landscapes for the homes of the bosses of these developments. It meant a real crush for time and exposure as well as the demands pummeling my sensibilities to achieve the level of professionalism of the installations I had signed up for. I began feeling stress.

I could be found racing across that large city in my late model 1-Ton flatbed truck or in my car at all times during the day, racing the clock to appointments which seemed so incredibly vital to my existence that my entire focus was set specifically on the competitive traffic impeding me on my appointed tasks. I recall feeling betrayed by traffic lights and honking rudely at scofflaws impeding my progress in my urge to stay tuned to the tremors of opportunity and wicked ambition.

Then one day, it all changed.

Racing down Marine Drive in the southeast end of Vancouver, hard by the Fraser River, I was en route to a pre-construction meeting of unquestioned importance, involving the entirety of the principals involved, including the construction Project Manager as well as the owners and architects. Typically, I was slightly late and, equally typically, I was hell-bent on speed to make up the difference. Ahead, I saw this light which I just knew was beginning to change to yellow and I raced towards it thinking I might “make it”. Alas, dam the luck, it was not to be. Smacking the steering wheel with my hand like a mad shark and emitting a small scream of frustration, I slowed and stopped, feeling the rage waves roiling.

Sitting there, I watched a fairly large group of people crossing the crosswalk at a pace I knew would not help. At least 30 people were approaching via the painted crosswalk, intending to walk across the 5 lanes of traffic at their own pace. Work had obviously shut down for the day and they were en route home.

As I looked closer, I realized I was watching a group of developmentally disabled adults, leaving their place of “work” and on their ways to buses and their homes. The Down’s Syndrome was, as always, patently obvious, as well as the jerky, challenged demeanor of other more seriously physically disabled, some in wheelchairs. All were carrying lunch pails and all were doing one other thing which I will never – ever – forget.

They were smiling. Every single one of them.

Watching these folks cutting up with each other, high-fiving, laughing and responding so actively and so engaged, I was hit by an epiphany that nearly lifted the top of my noggin. It was beautiful! It was just plain gorgeous. Their enthusiasm at living their lives was palpably obvious. It was so uplifting to think these comparatively “unfortunate” beings were maximizing their talents and their abilities by crossing the street in front of my very vehicle. It was so uplifting seeing the joy with which they approached this simplest of human actions. I recall the sensations approaching in the rush which they descended with. It seemed that Time itself had momentarily stopped and it allowed me to peer into a literal crack in the firmament of Life Itself. I was attacked with goose bumps and my hair felt different – nearly electric. I was experiencing what ancient shaman felt as their gods revealed themselves. I was simply charmed beyond belief.

They were a living lesson in life and one which I will never forget nor underestimate.

After they crossed – two light durations worth, lol – tears were streaming down my face. I was still digesting what I had experienced. I am still digesting it now, 30 years later. This was the Ultimate in Soul Food. My epiphany was a religious conversion-type experience. I had looked on the face of God and He was more merciful and more humorous than I had ever even conceived. It honestly really did change my life – that stupid, simple moment in city traffic. I drove away feeling renewed, somehow. I arrived at the meeting eyes dried, barely late but with an aura, I just know it. People smiled at me and my own persona had to be alive with joy. It was a splendid collective smile among people used to competing and ended up being fun and warm, maybe made more so by myself and what I carried.

We need to acknowledge our gifts at times. I firmly believe one of the greatest gifts we receive are in the persons of those whose simple humanity and joy is a product of our own compassion and involvement and our investments in our community at it’s extremes.

One of my best friends in life is Dave Shulhafer. He began a highly successful media company named Videobred in Louisville back near the time of this event, actually. Since then, he sold the business but he stays involved in media, consulting and taking on small projects which he deems suitable and appropriate. This is a video he produced and this is him at the onset and closing of it, talking about his own relationship with persons who resemble in every way those wonderful folks who made me “Believe” as well.

And here is a beautiful bonus video, thanking you for reading this far. This one you owe yourself because you, too, are beautiful. 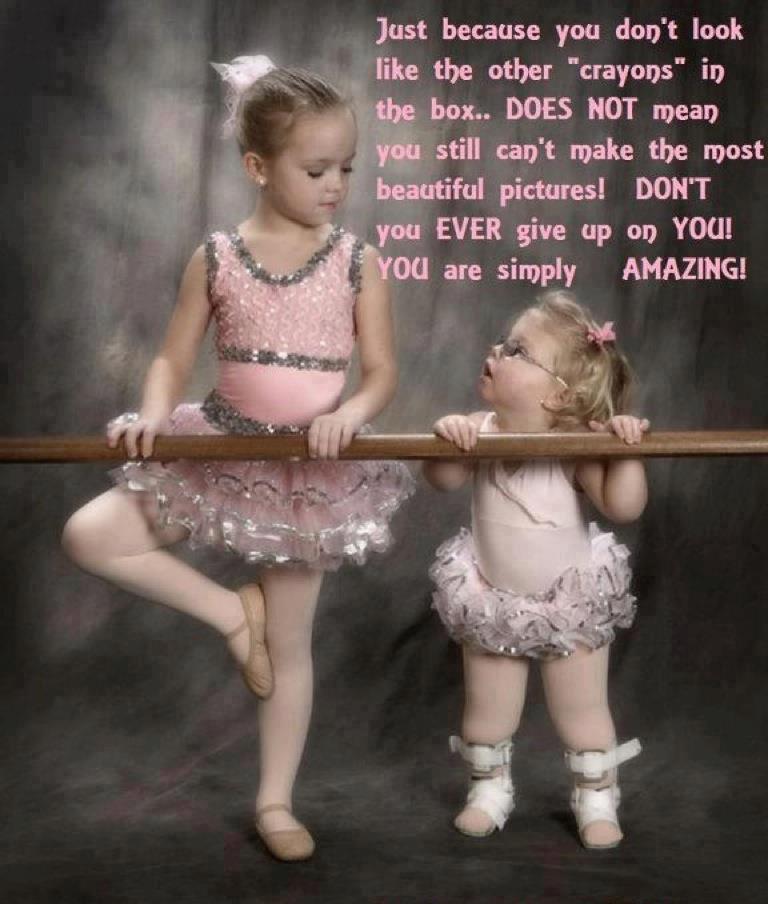