We are one week into Spring here and – Oh My! – how intoxicating it is.

The weather cooperated enough for us to welcome a dear friend from the Internets, ex moderator at the old AOL College Basketball chat room and all-round great gal Kathy Arnold Holland. It was my first face-to-face with Kathy, though not with the rest of the gang, and we all had a rollicking good time, walking in Louisville’s incredible Waterfront Park for hours, then sitting out on a deck at the Tumbleweed Restaurant, drinking these bizarre blue Margarita’s and cutting up like champs, way past sundown. 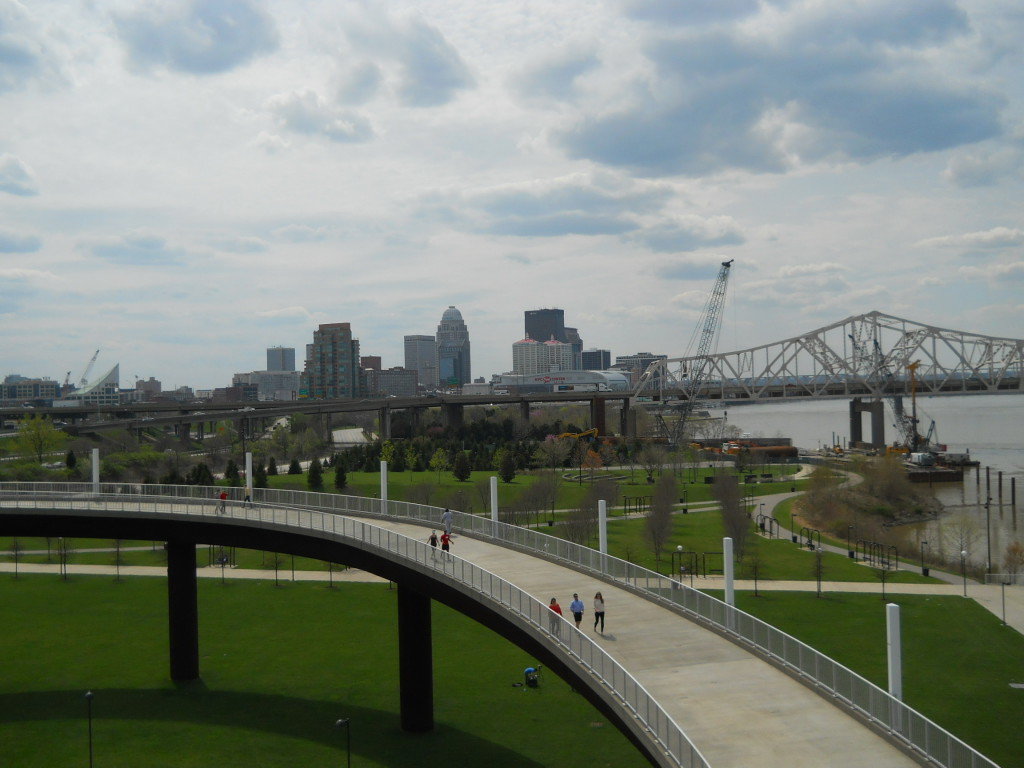 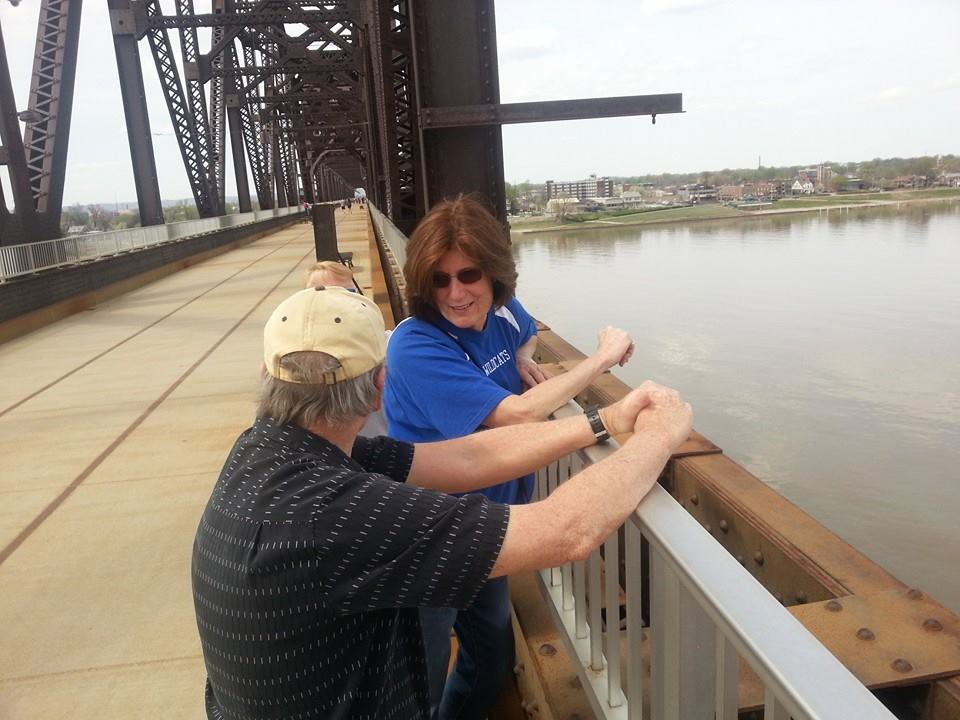 We hobnobbed a bit with Honest Abe……………. 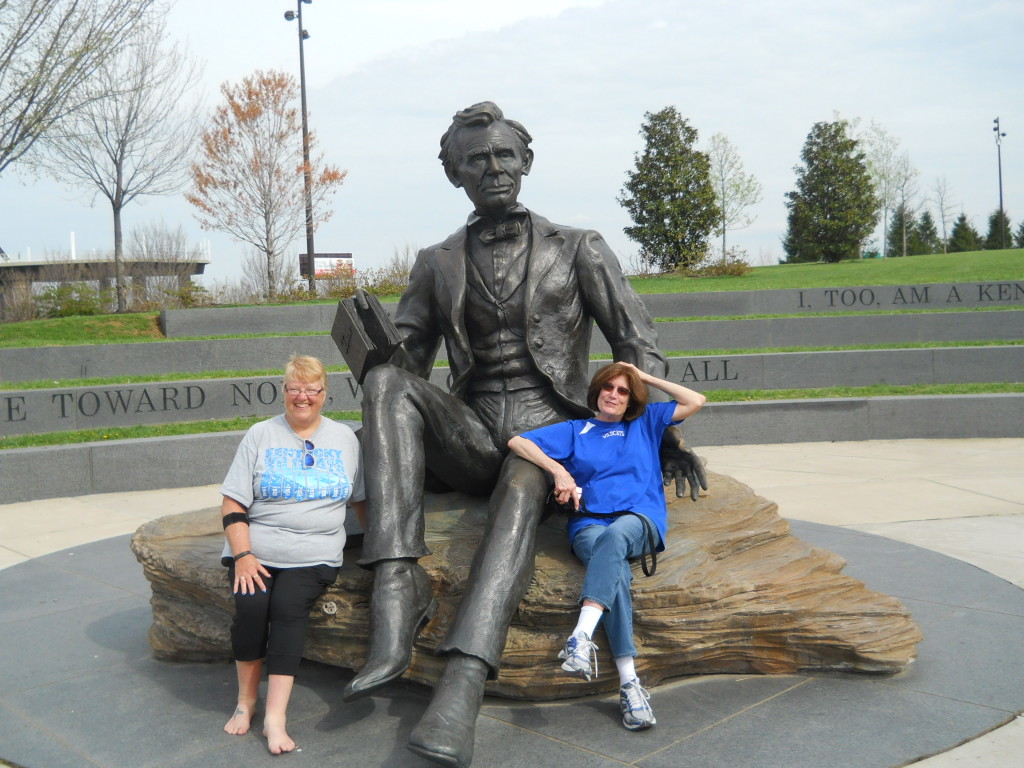 And finally welcomed more people and settled in…….. 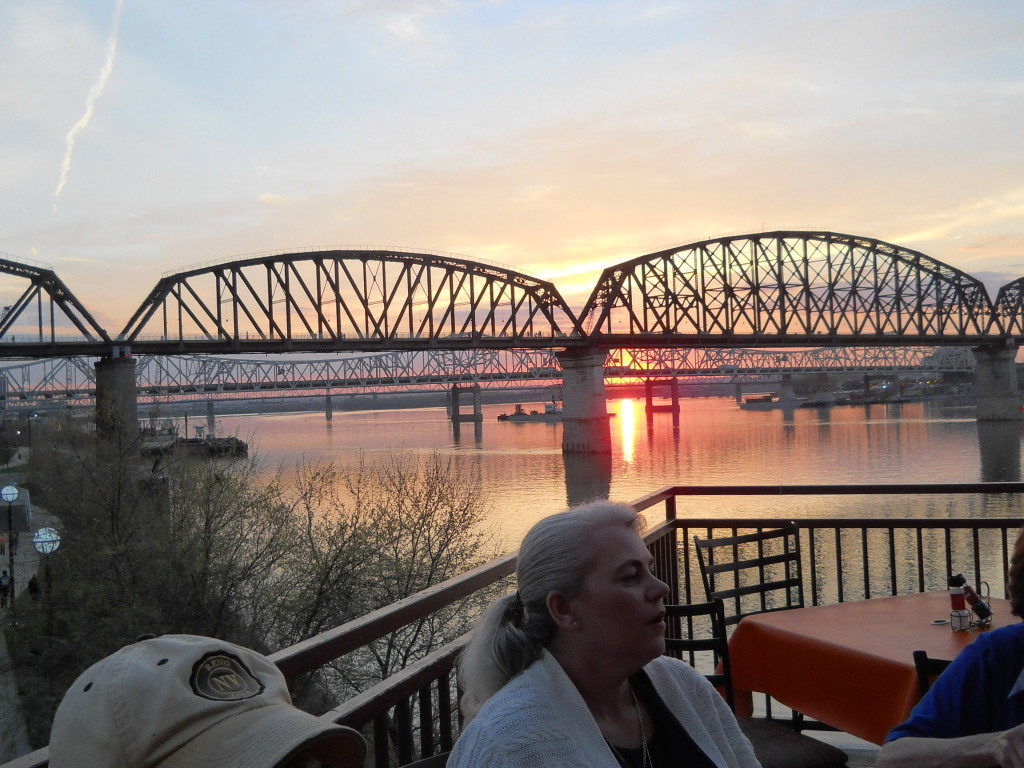 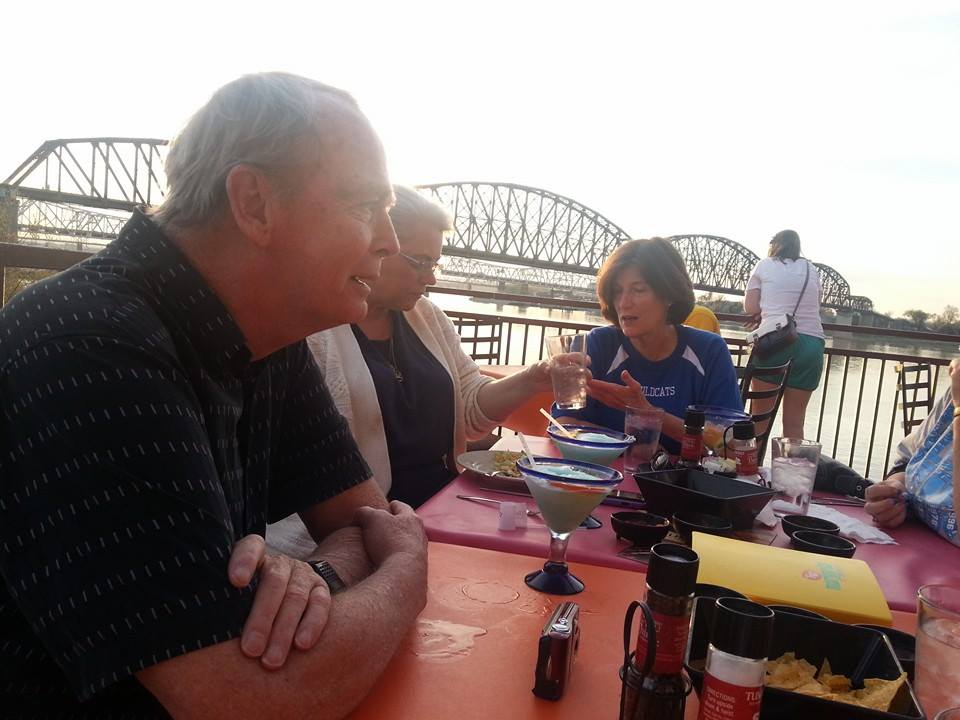 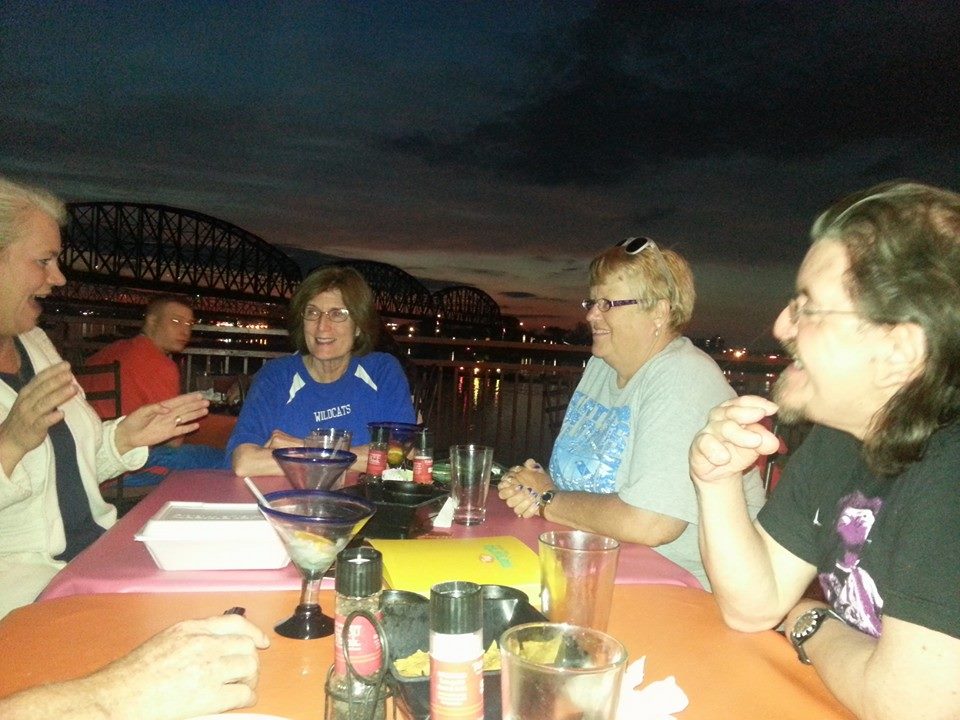 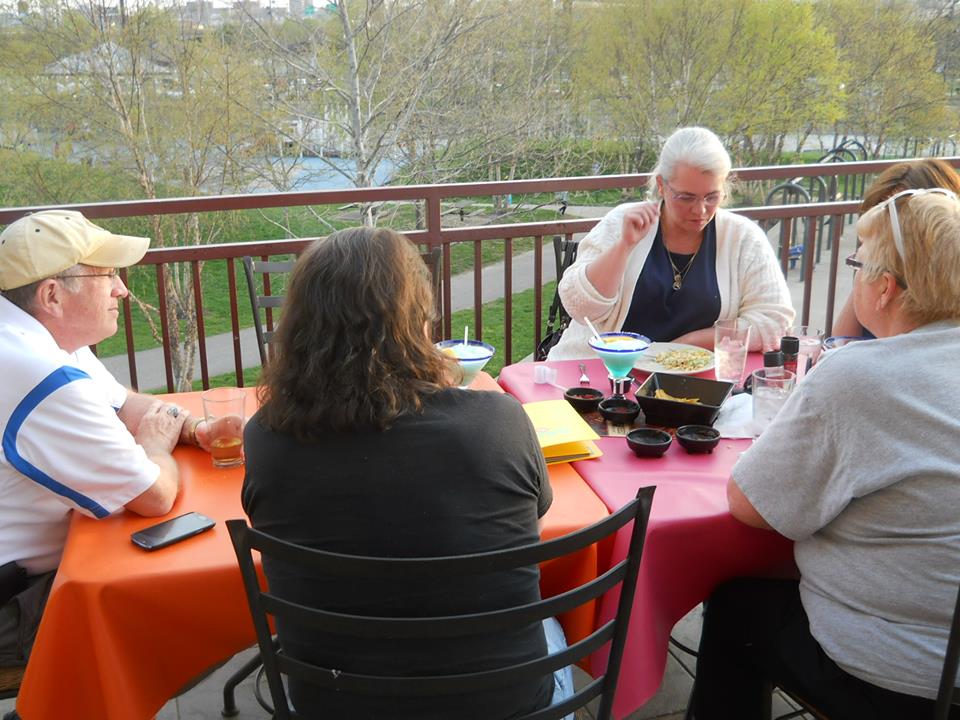 It was simply a great time to be alive and we shared the moments together unabashedly. I think we were all sort of taken by the Spring-like weather, our first exposure to the sun after such a long and somewhat taxing Winter. And poor Kathy was beside herself, having flown in that day from New Hampshire. Great times.

2 days later, Mother and I then decided to take our typical early Spring Sunday drive and hit our well-known hot spots. Audubon Park in Louisville has a great Dogwood collection which we hit like a sack of bricks. 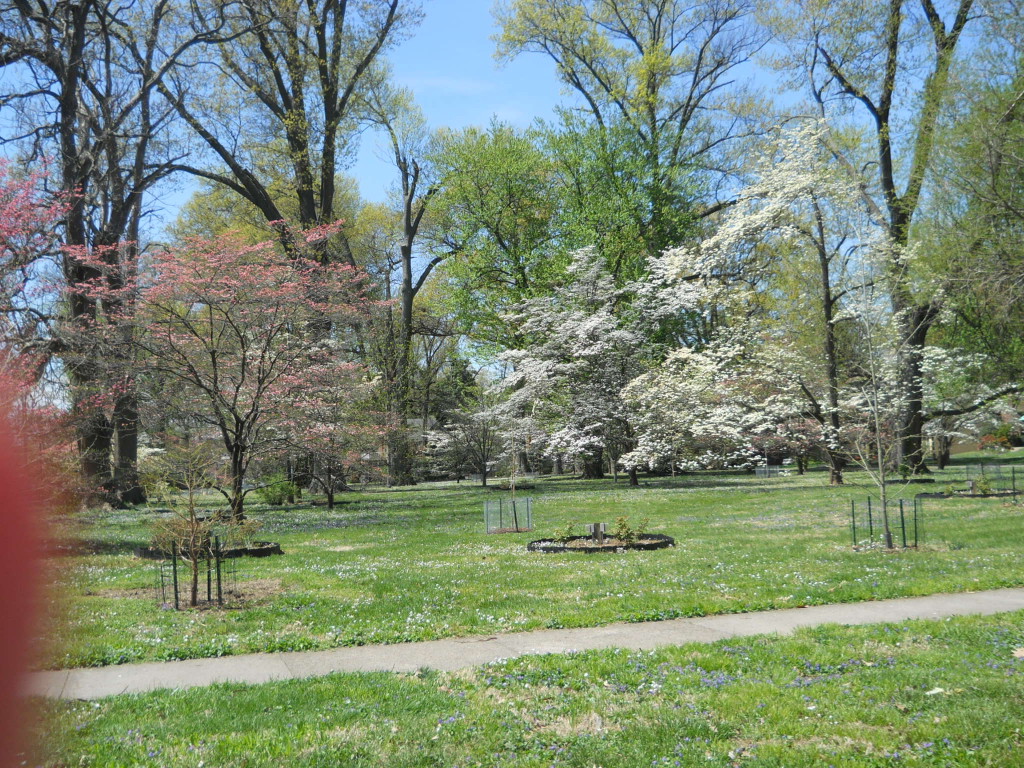 An absolute riot of color and early blooming, with the incredible scents of old magnolias and local Viburnums wafting through.

While we thoroughly enjoyed this park and our next tour through St. James Court – which was oddly non-spectacular I think because of the timing – (although the house below never gets old….) 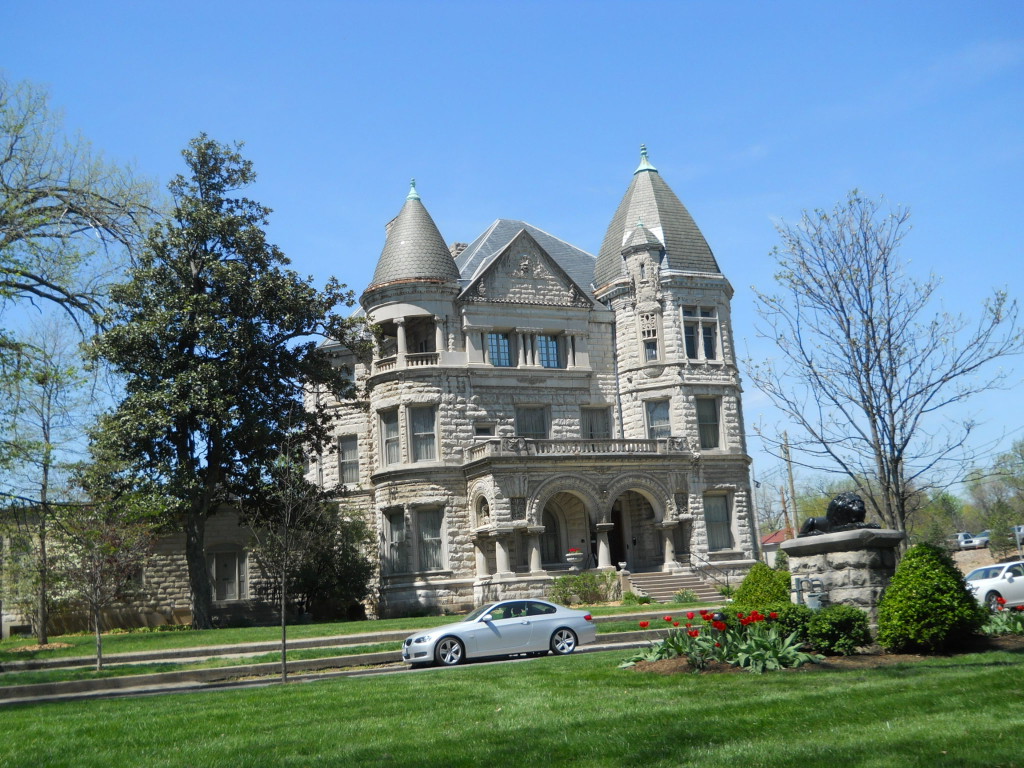 ……we were fairly blown away by the sojourn following an impulse drive through the fascinating local resource of history, the marvelous Cave Hill Cemetery. 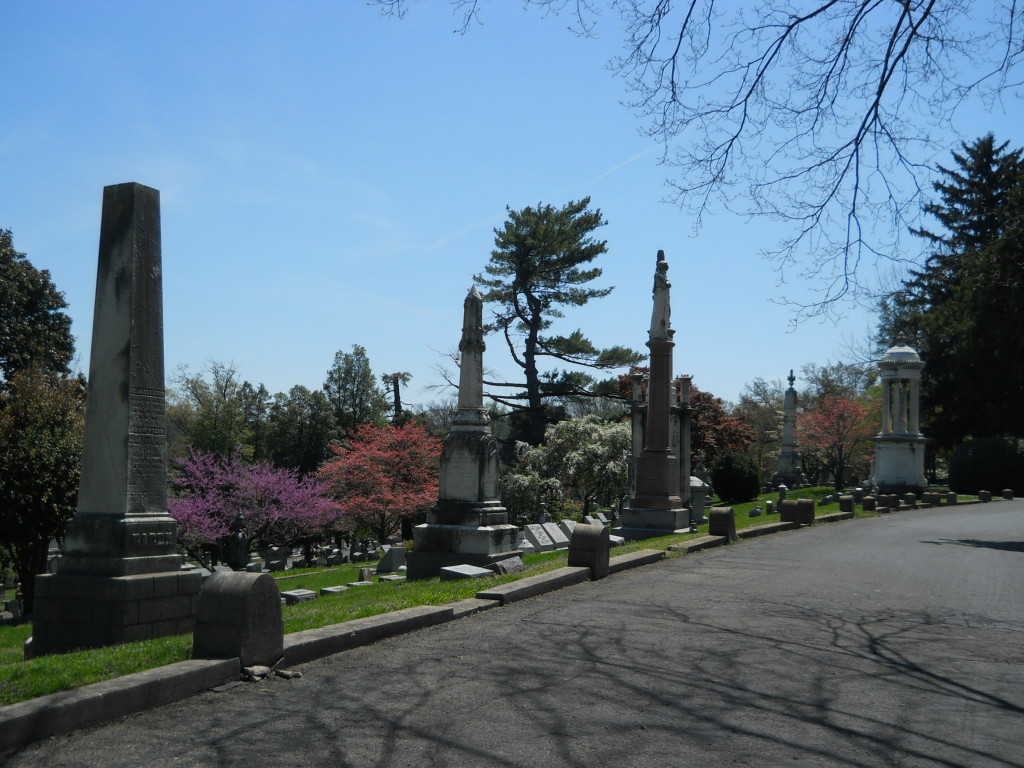 This ancient section has Revolutionary War veterans whose gravestones are usually – not all – unreadable, scrubbed clean by the acid wash of urban air and rainfall. 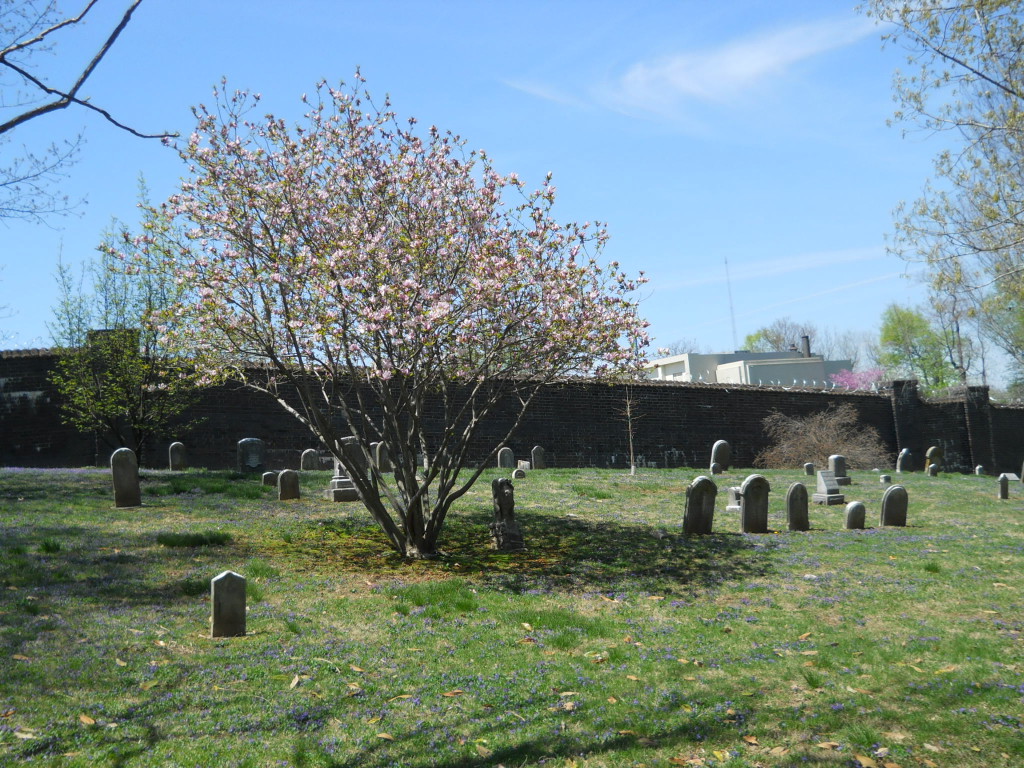 As we drove on along the blessedly interminable pathways which course through, offering new glimpses of tradition and, of course, of Finality, discussing those we know who reside here now on this Easter Sunday, we soaked in a soulful bath of sensations and feelings. The blooms, of course, were one major reason for coming here, but we were not prepared – either of us – for our visceral reactions to something to come. 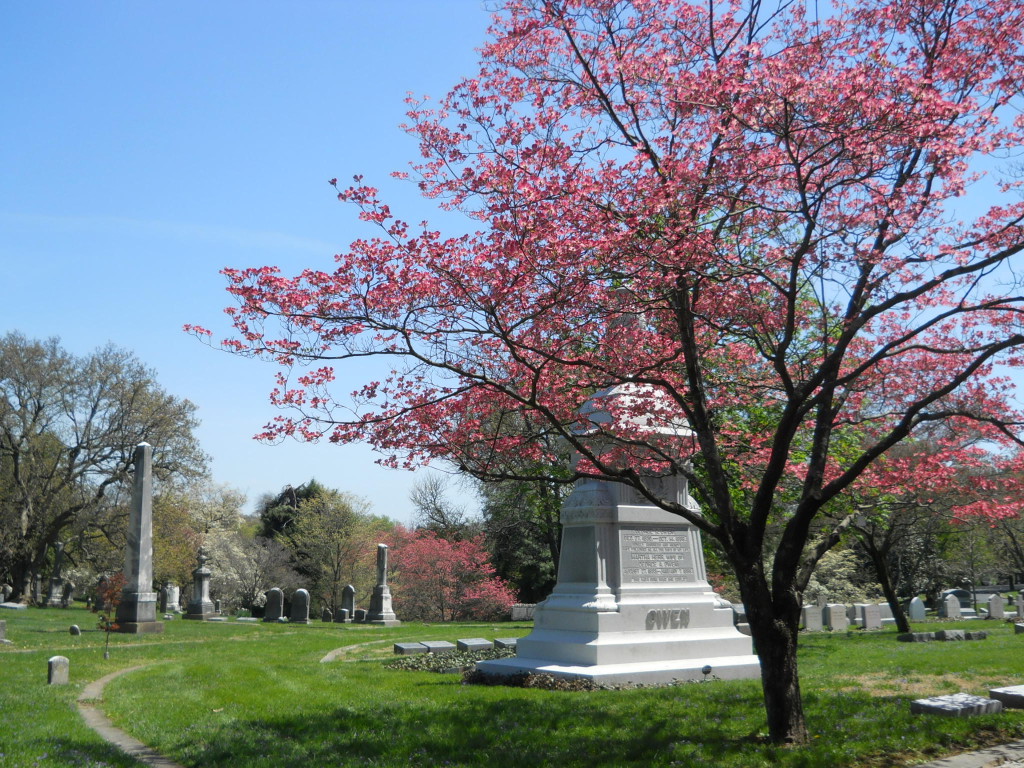 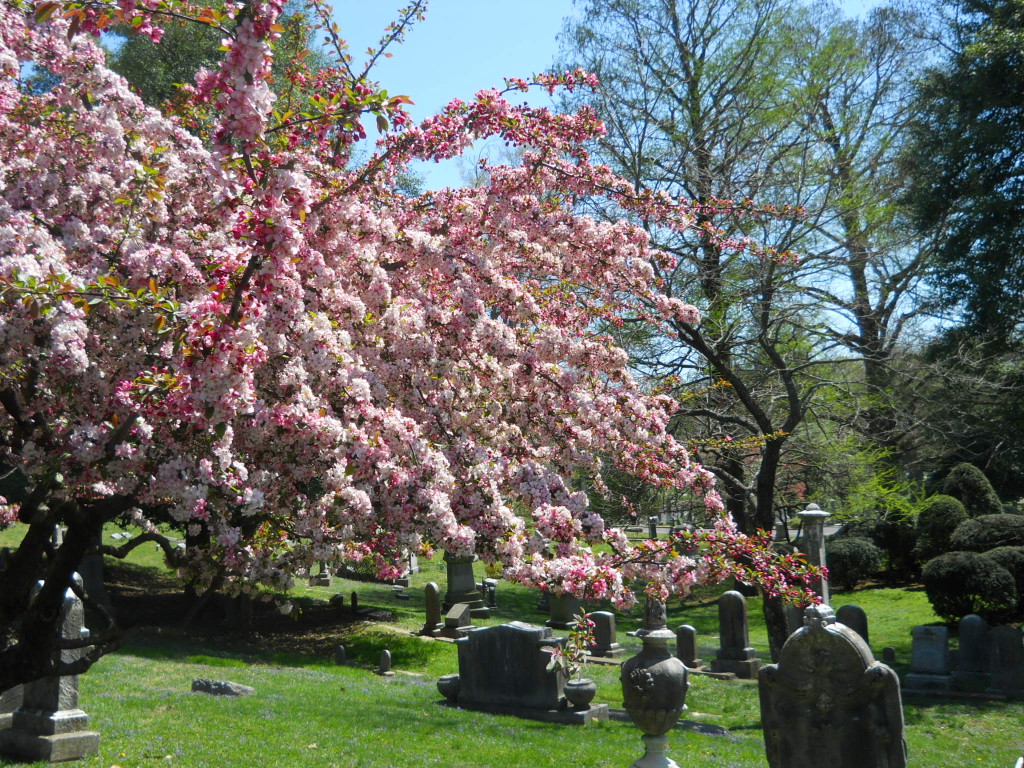 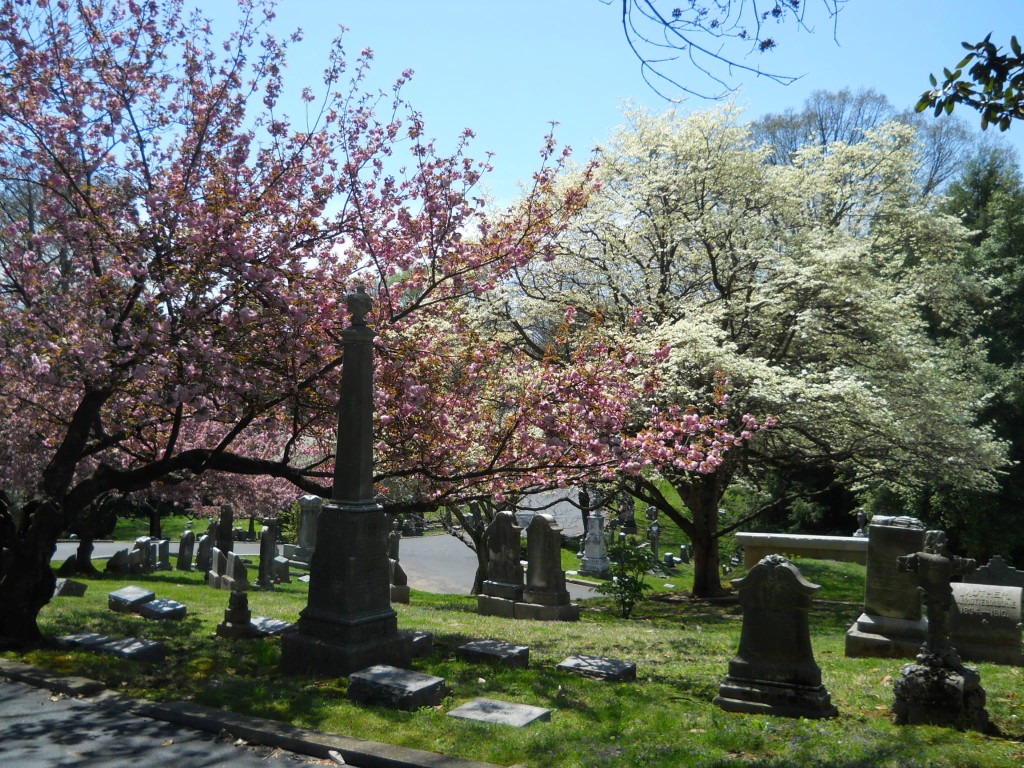 We hit the military war veteran’s area, the plaque below a First World War tribute of uncommon sobriety and meaning. 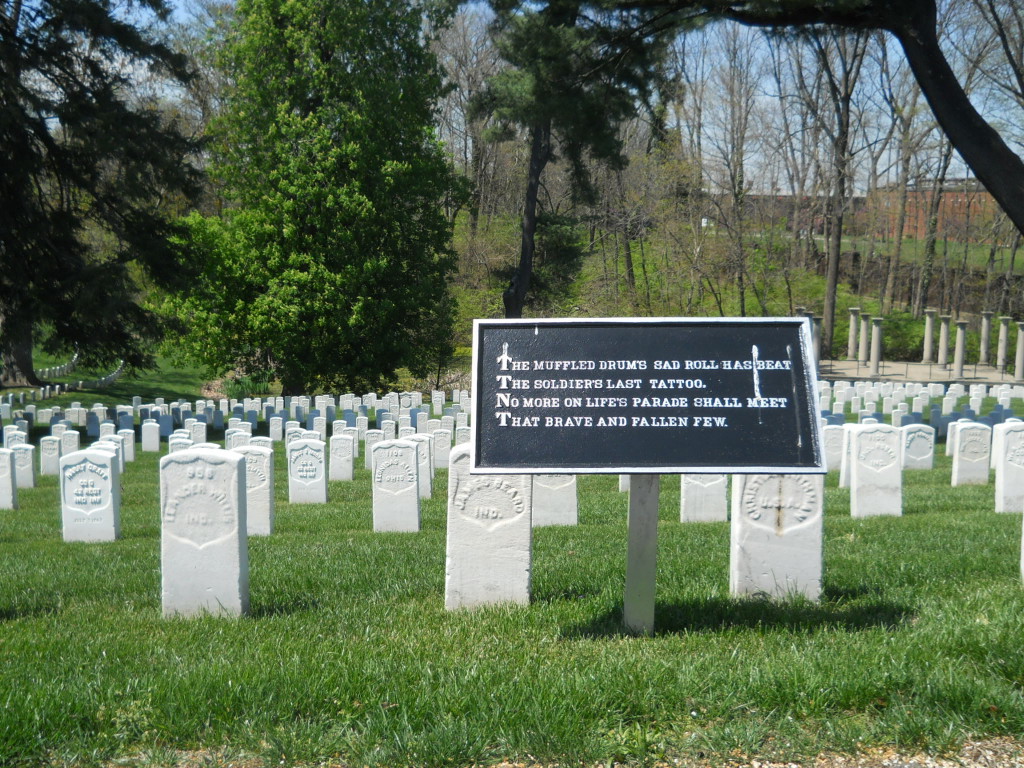 But it is the sheer scale which strikes one’s conscious – or unconscious?? – mind like a fist. These beautiful white small headstones went forever.

They coursed around the street………all young men who gave their lives for us in the Ultimate sacrifice, resulting in tearful families who suffered at home for their losses. 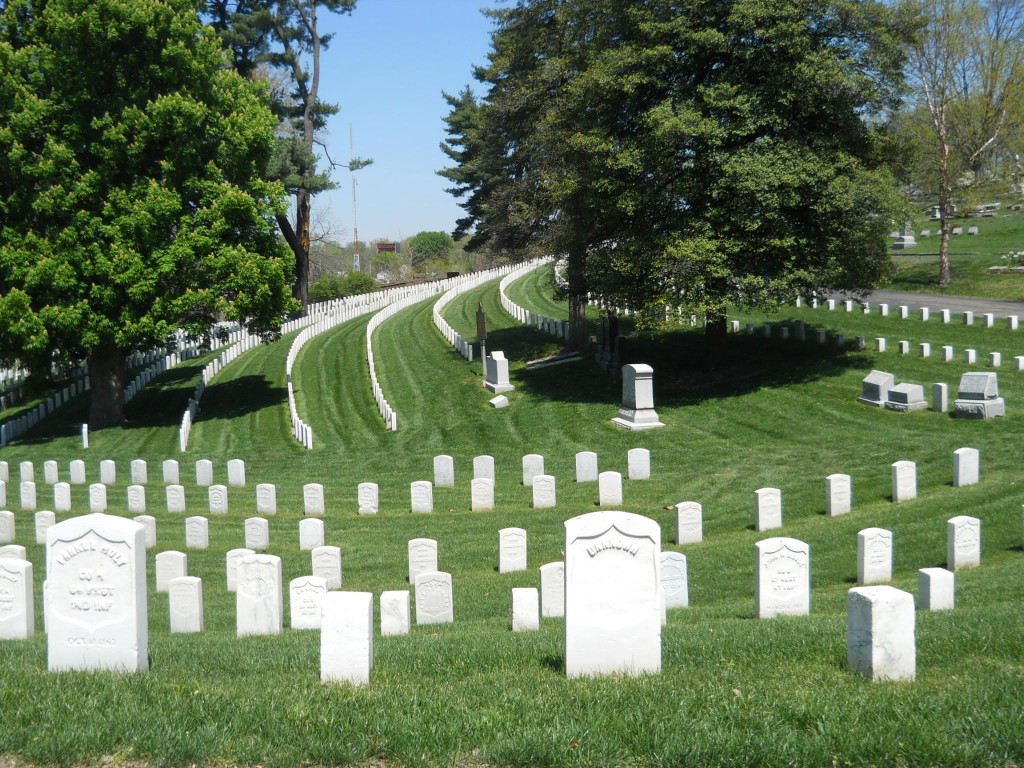 This soulful ode to someone who died, no doubt a wife of a soldier, caught in my throat reading it to Mom…… 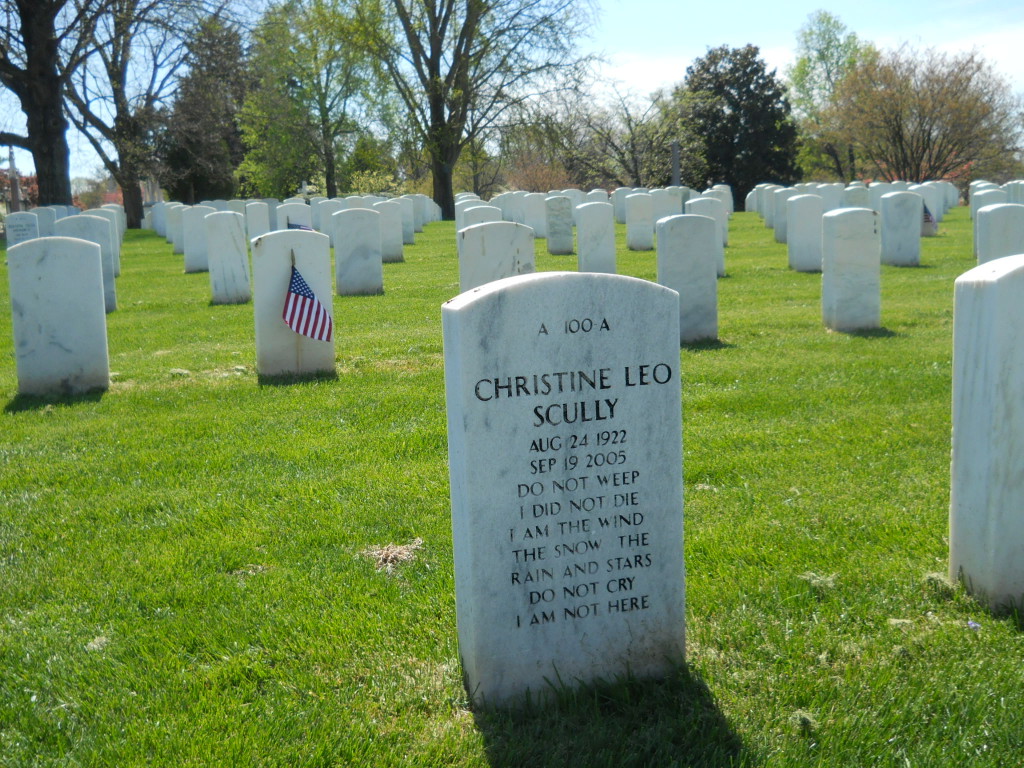 The stark beauty of the day, the Sun, the amazingly lush blooms which typified this gorgeous garden cemetery, all this gave way to the deepest sense of sacrifice, loss and, frankly, of futility. My own friends are among these graves from my own, Viet Nam Era service. I thought of James Conkwright, the freest of young spirits who gave his life for us, and for Larry David Adkins, who still suffers so deeply. For a few moments, I too suffered the loss their families shared and it was sobering and heartrending.

So many young men. 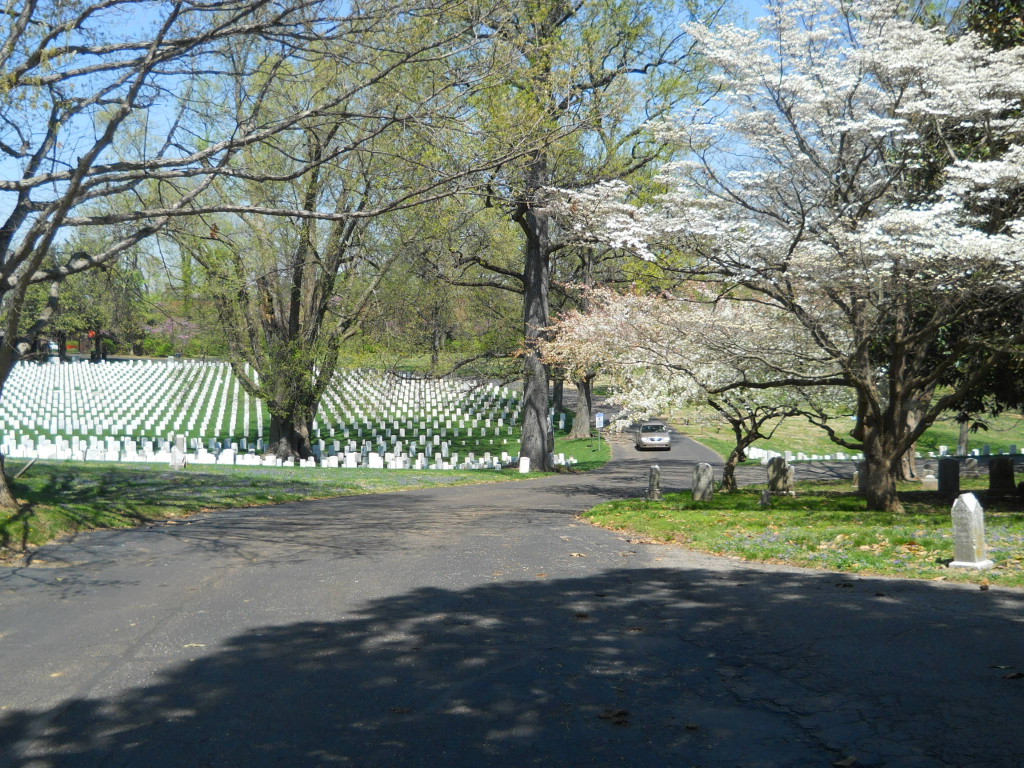