Me, get a tattoo? No thanks. I hasten to admit I have considered it and I also admit my daughter has a couple she had placed in spots where her parents wouldn’t be able to easily see. There are – having said all that – some incredibly artistic tattoos which have moved me to severe appreciation, but, alas, the line I stand in is among one of the longer and less adventurous body art applicants.

But my nephew Aaron Campbell is every single bit of “world class” at putting tattoos on people –  he has become a very sought-after tattoo artist. The work he does is frankly magnificent and I am utterly amazed and proud at what he has accomplished and what he will accomplish. I will stud this post with various pictures of his work – or of him – and proceed down a lane of appreciating body art from a safe and unblemished – scars and terrible tone of the author notwithstanding – distance. 😉

Affable, sometimes goofy, Aaron is what we call a free spirit with his own timeline. He is also a loving family member who calls his Grandma often and who thinks about his family members all the time. In that sense, he is totally reliable and as conservative as he can be. His heart is pretty golden, is what I’m saying. 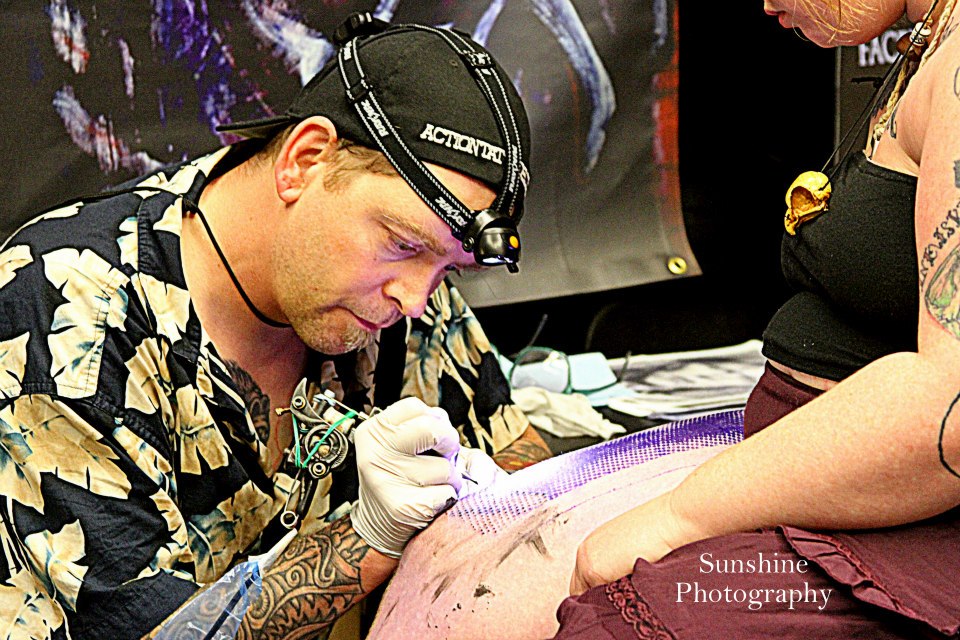 Aaron got his incredible artistic talents from the combination of my sister – his Mom – Diane, who has always dabbled with visual arts from her very origins, fascinated with color and context, having done much painting in her earlier days. Aaron’s father is a truly gifted musician, Gary Campbell, who even still tours in Europe occasionally playing his saxophone with the quite celebrated Miroslav Vitous – the original bassist and founding member of Weather Report – or hooking up with local bands near Miami for hot Cubano jazz gigs. Gary teaches Jazz Music at Florida International University. 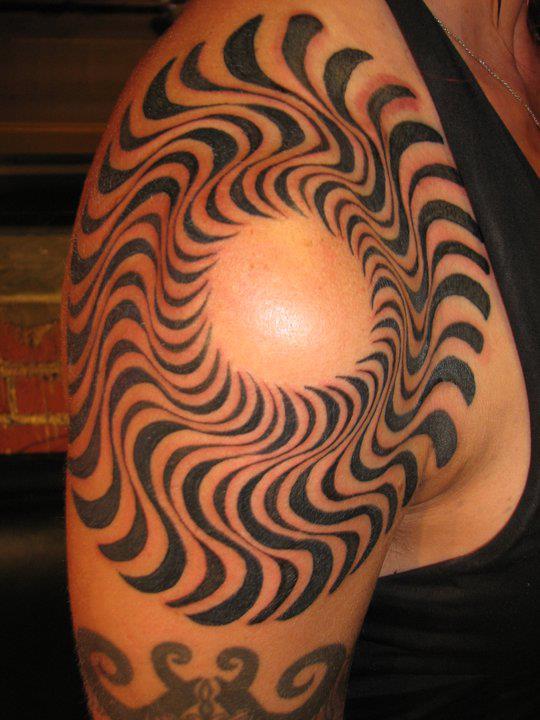 I can remember visiting Diane and Gary in New York City and catching the local vibe which was insanely musical during a period of time when outrageously interesting music was being made, often privately and in back rooms and local studios including guys like Jimi Hendrix and members of the eventual Miles Davis clan of world-class all stars. Of course, Aaron was just a pup back then, but an incredibly entertaining little 3 year old who loved, loved loved the subways and what he called “the laughing cars”. He would scream with delight when they got underway. (So, see, he has always been easy to please. 😉  ) 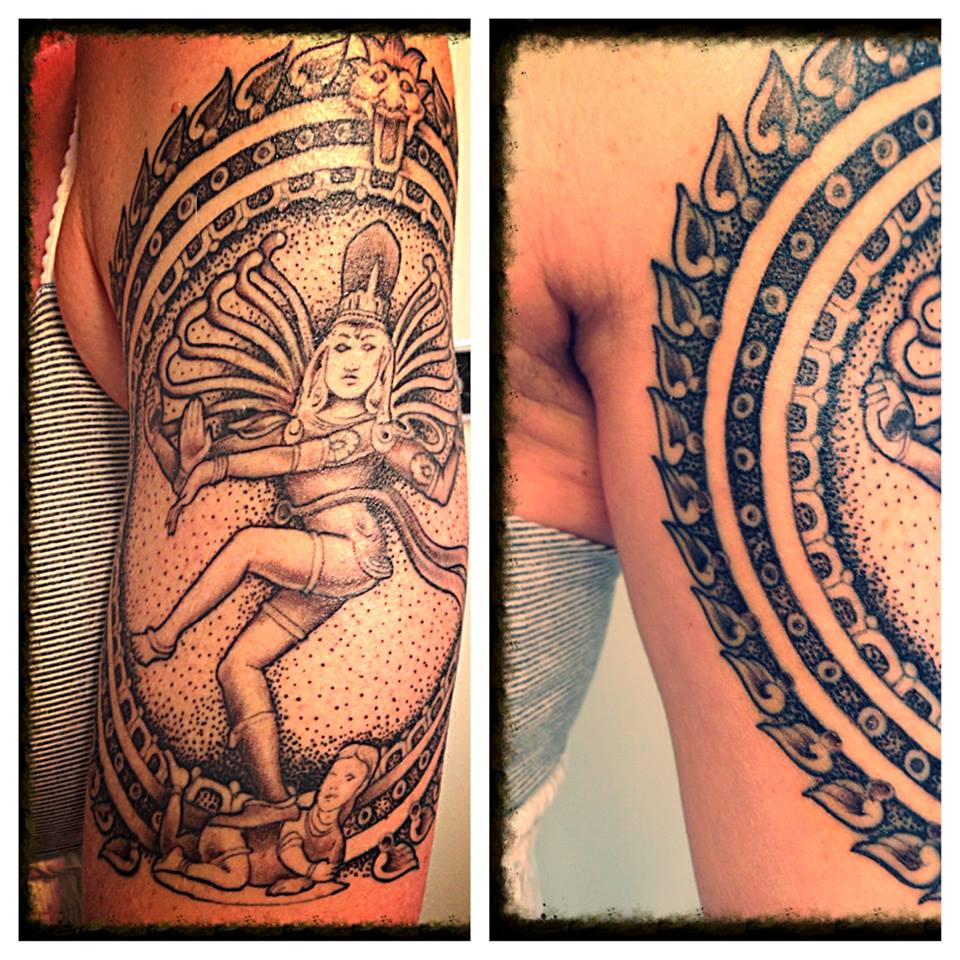 Aaron’s childhood was somewhat restless following his Mom and Dad’s divorce, but they made sure he was loved, like many similarly-challenged parents do, yours truly included. I remember his earliest drawings were the massive spectacles of dinosaurs wrestling, in battle or simply relaxing, but the dinosaur theme was always just humongous and absolutely predictable. My sister’s wan, ironic looks when he would craft yet another dinosaur epic were often hilarious. But they were also always very good, Which is the point. He was “artistically inclined”, which is like saying “Water is wet.”

He was sort of on fire. 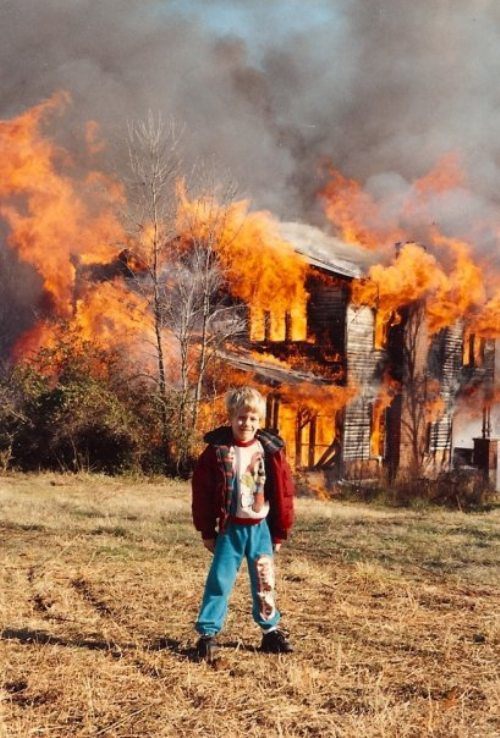 No, that’s not him, but he’ll appreciate it. It’s a cheap thrill, much like this meme: 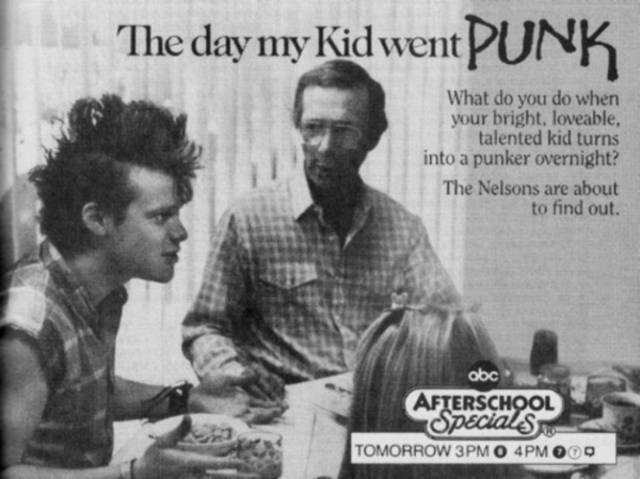 So onwards and upwards!

Upon graduation from high school Aaron had applied for and been accepted into the Kubert School (link by clicking), an amazingly creative group who teach a world class level of cartooning and animation/graphics and whose alumni are everywhere from Wolverine and Disney to my favorite: Sponge Bob Square Pants. This gave him his more disciplined approach to such a personalized artistic demand as tattooing real live, extremely critical human people. 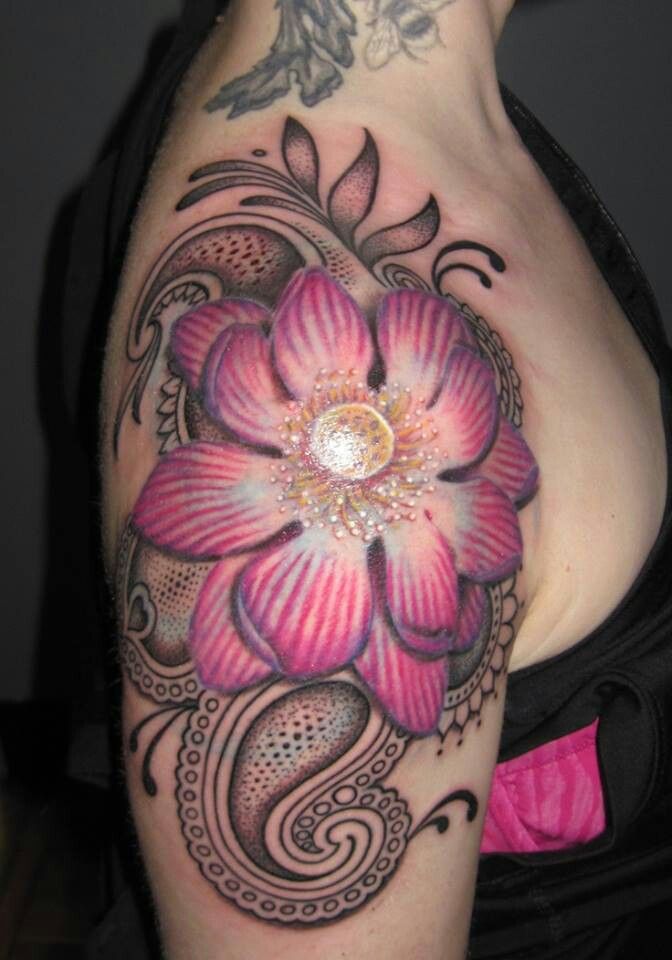 Much of Aaron’s apprenticeship was achieved in Tuscon, Arizona under a very-tattooed fellow, a crusty but benevolent older man who took Aaron under his wing and let him learn the basics. Essentially, very similar to my own experiences in landscaping – and a point Aaron and I have mutually appreciated in our own hands-on style of apprenticeship – he began to get better. The move to Missoula, Montana and the not-so-fatal attraction of his bride, Alex Baker, 😉 – one of my favorite people ever – finished off a process of apprenticeship to a point where Aaron could most certainly qualify as a Professional. (Actually, an awful lot like his Uncle Steve, his best work is unrecorded, not filmed or shot but merely done and now appreciated by now-remote clients.) But a lot does remain and he is still active as heck. 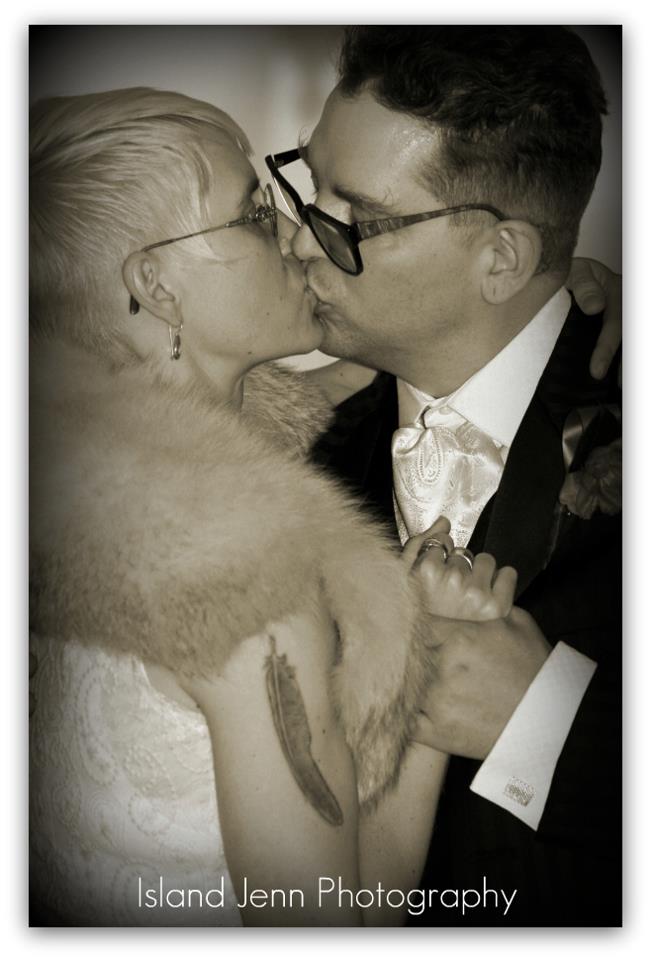 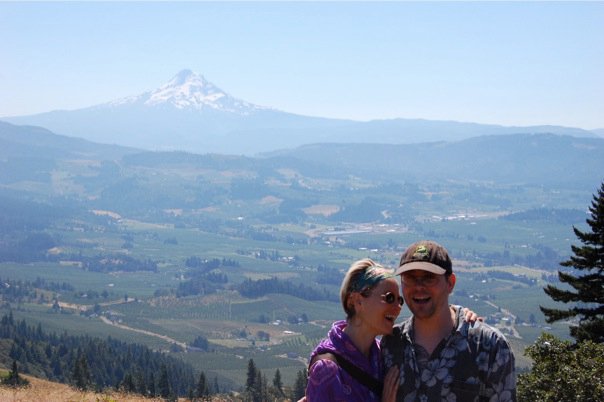 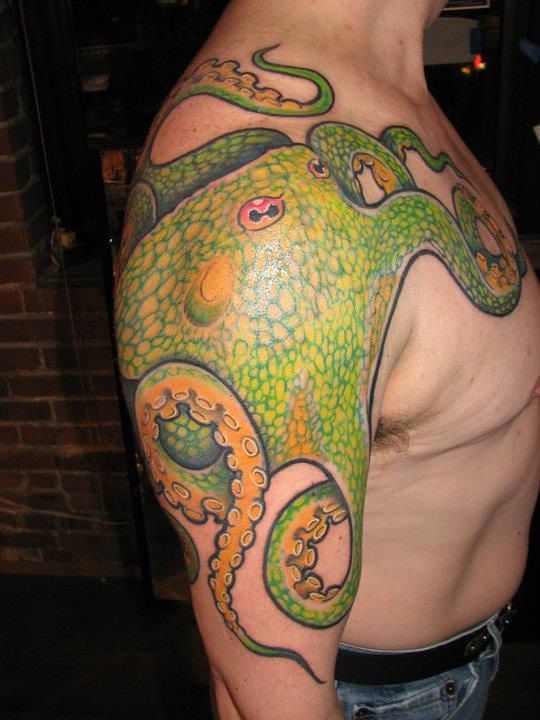 I adore his color work most, I think, but his art is far from ‘merely colorful’. His detail work is probably what makes him stand out so brilliantly, small brilliant achievements which show up in profound and sustained excellence. Often understated, he can make a foggy realism or deliver a Pointillist’s Dream. 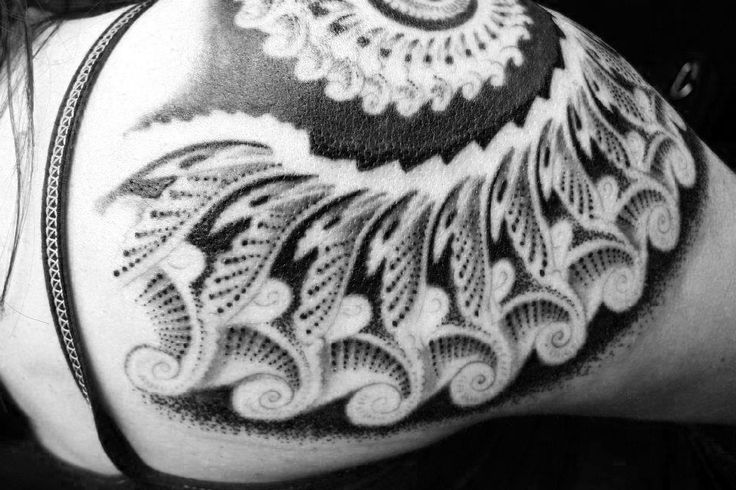 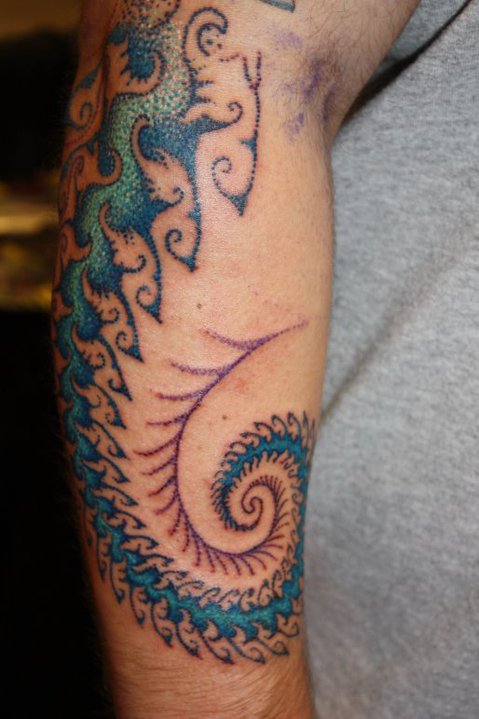 Aaron’s work consistently blows me away. 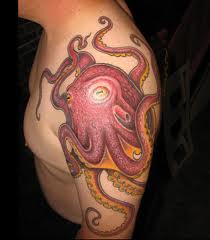 Imaginative and in perfect line with the most Progressive Era of Skin Art in our history, Aaron is at the cutting edge. Even I know this. 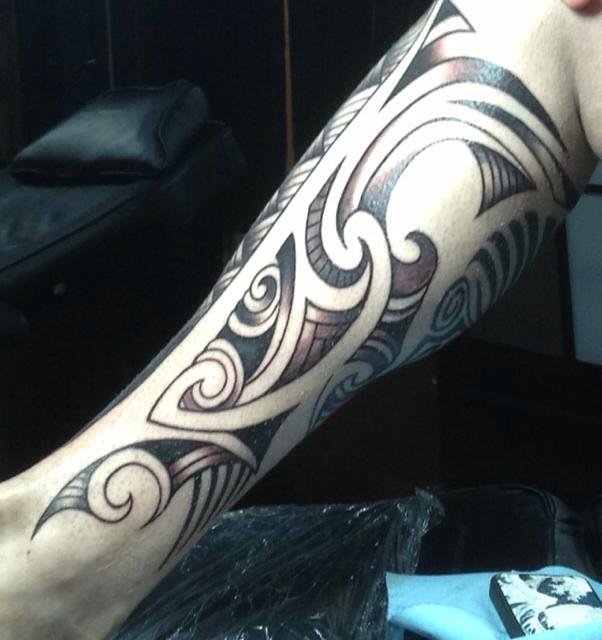 He can also do “purely simple”. And make that work too. 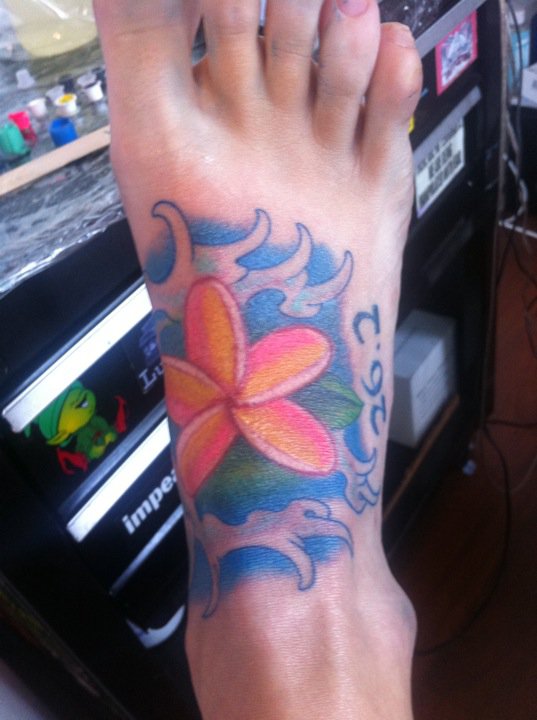 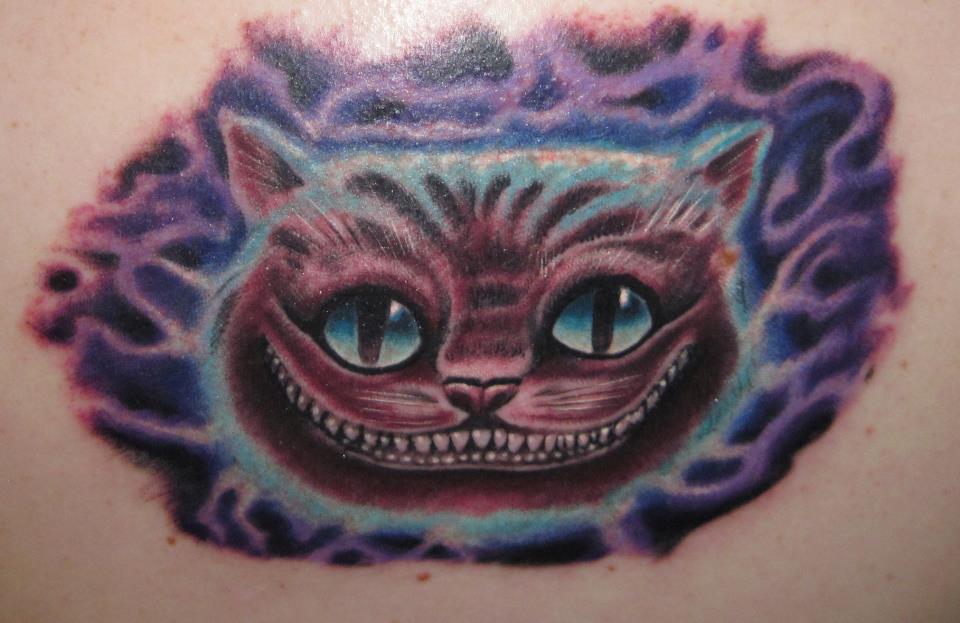 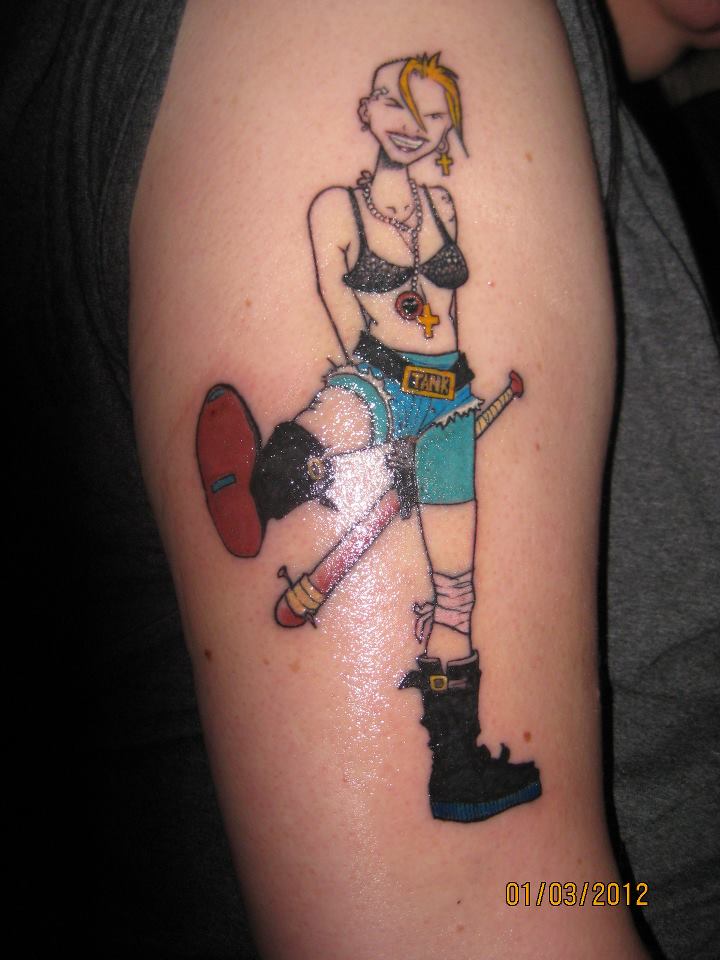 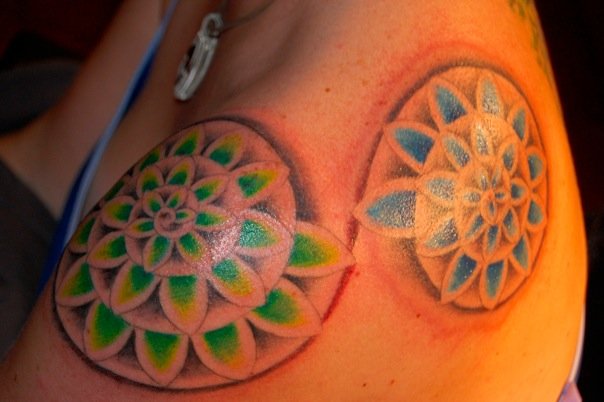 My current favorite in progress: 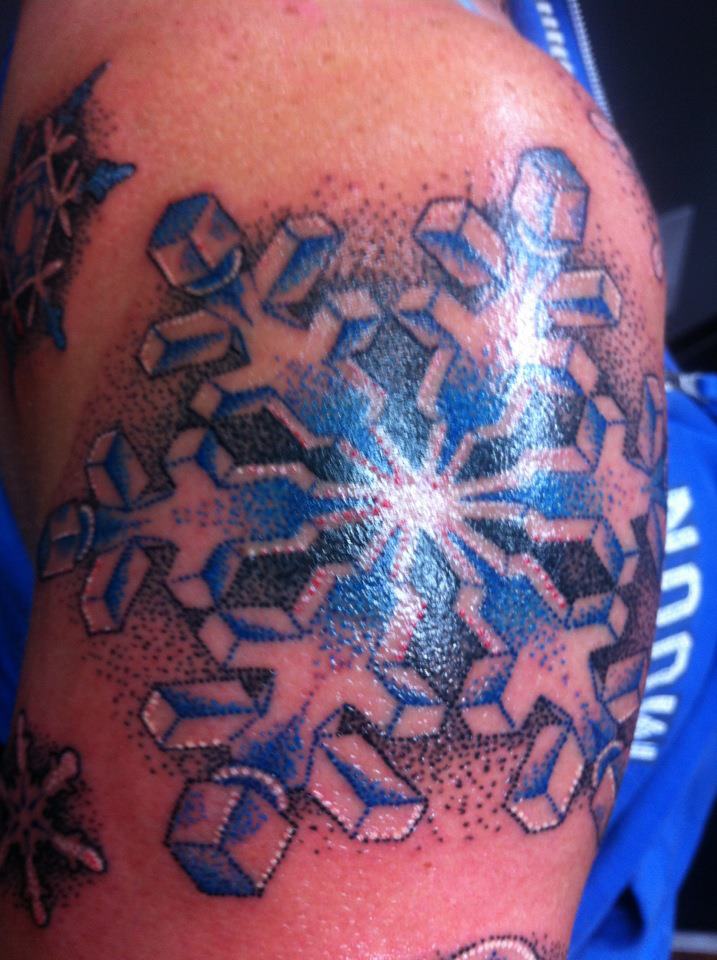 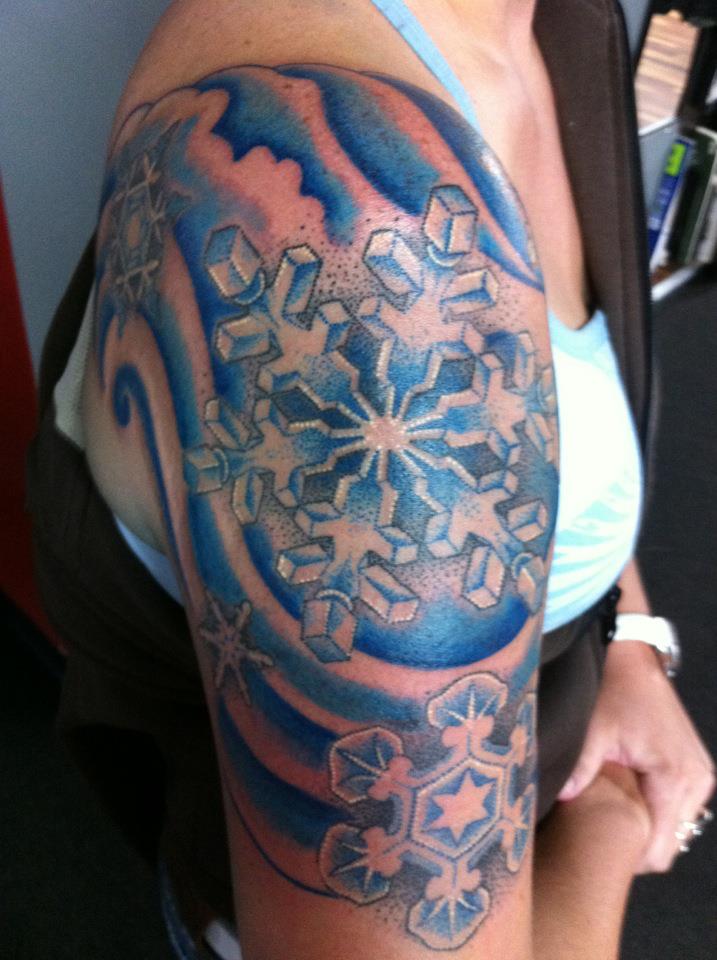