The term “mulch” itself is defined as follows: “In agriculture and gardening, mulch is a protective cover placed over the soil, primarily to modify the effects of the local climate. A wide variety of natural and synthetic materials are used.”

While this statement is largely true, I would like to add that we often apply mulch for strictly aesthetic reasons as well. Many times a “mulch” in this sense is just a layer laid over the top of soil to present a “look”. For example, the project in this picture had an interesting set of boulders – all fractured rock, mined nearby – against which the layer of smaller rock we installed matched well and also provided and excellent background for the color represented in the shrubbery and perennial flowers. 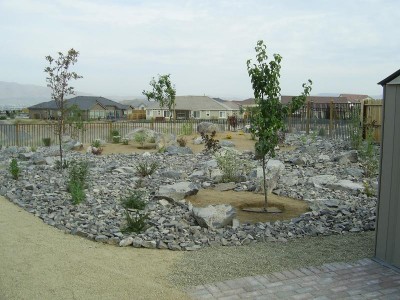 A more mature look at this landscape a year later shows the effect is still working: 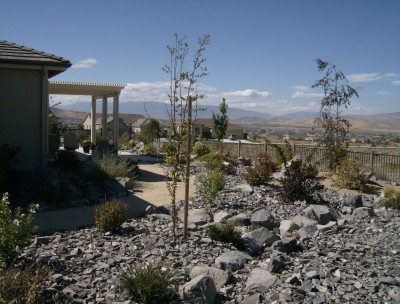 Still other forms of mulch do indeed act as either agents to hold water for a longer period, defying the sun’s rays and evaporative power, or acting as resistance to infestations of weeds and volunteers. Bark Mulch is the perfect example of this quality and it can also look pretty nice. Here, then is a small tour of bark mulch, from my projects in the past. The first two are representative of bark from Douglas Fir, tending towards the reddish color: 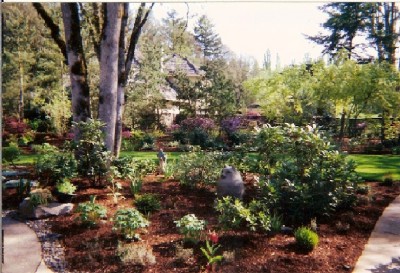 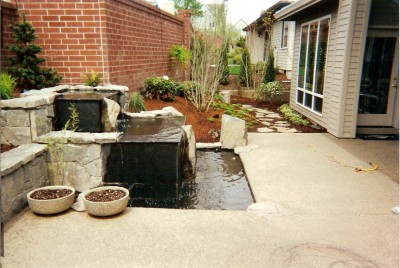 The bark mulch shown below is a darker variety – an aged Hemlock mulch becoming more popular in Portland, Oregon these days. It is more often characterized as “bark dust” – owing to its smaller size. One reason I tend to use it often is that it resembles the soil color and makes a deeper, darker background. It works fabulously as a water retainer and weed preventer, being nice and tight and much less prone to blowing away in the wind. Nor does it need the “freshening” the redder varieties of bark mulch require. As it ages, it still looks good. 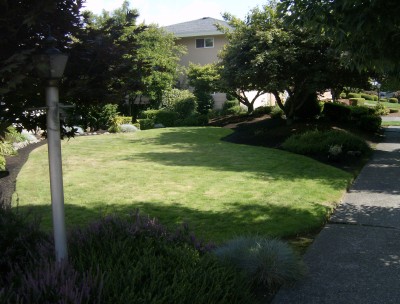 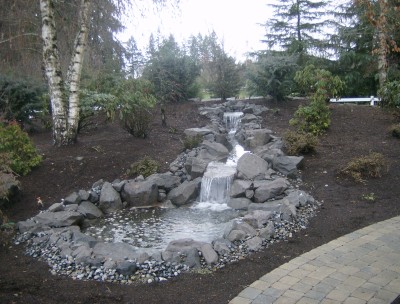 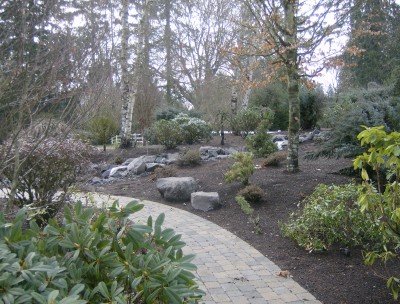 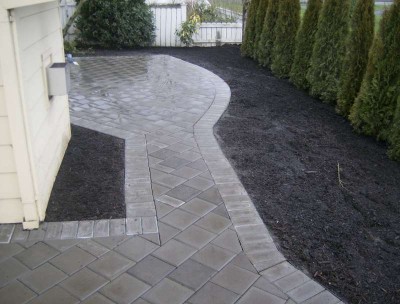 My personal biases lead more towards rocks as mulch, however. They are definitely more permanent and, to me, they just make a more interesting look. I like varying the rock, bear in mind. It seems to me to give a depth and interest that is very easily achieved, simply by the contrast of materials. Here’s a project that was real straightforward that gained immensely from having something interesting laid on the ground. A little variation can go a long way: 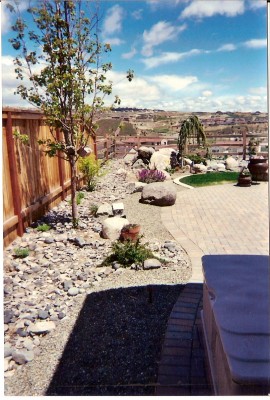 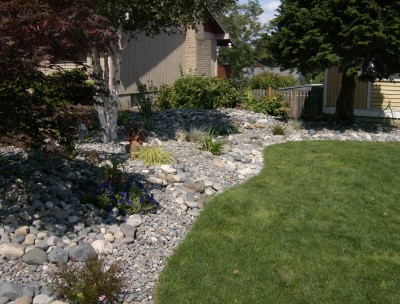 At times, we found disposing of rocks created during excavations for irrigation and or walls and sidewalks became easier when we used it as material to use in the beds. I mean, who knew we had such resources right under our very feet??? Heck, we had found uses for “Those dam rocks.”: 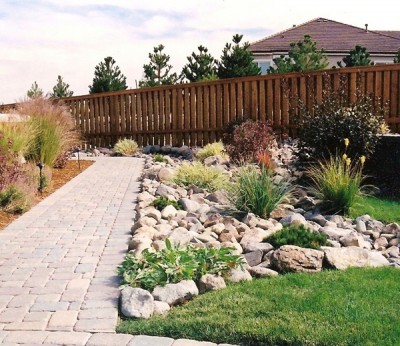 In the end, garden mulches are useful and can be aesthetically pleasing. Of course, I am also of the opinion, often, that dirt still works best, but sometimes plants themselves work better!: 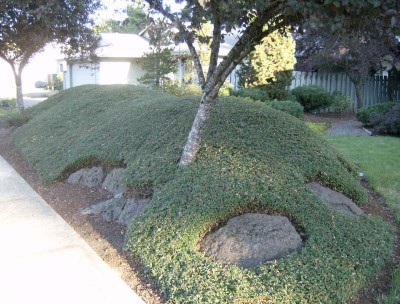 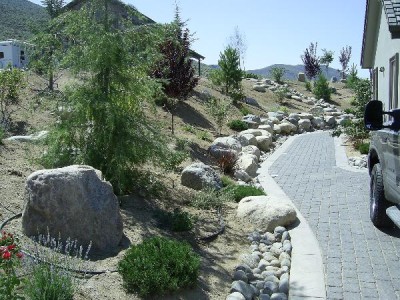