Landscaping for me has been an inter-regional experience. From my origins in the trade dating from 1971 in Vancouver, BC, to my move to California in 1985, to Reno, Nevada just after the Quake, lol,  interspersed with Portland, Oregon a couple of times, I have encountered widely varied climates and geologies. Discovering the “fault lines” of zonal horticultural tolerances never had a more avid experimenter. Sometimes, of course, this might happen by accident. 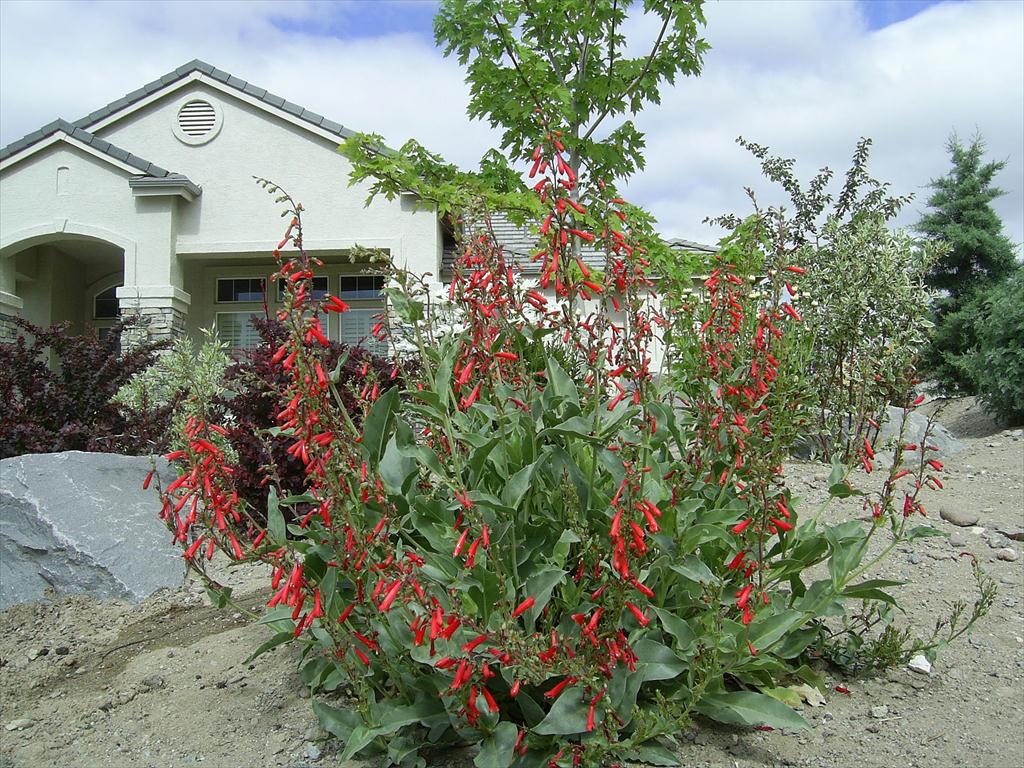 Grasses might seem like a strange introduction to “bloom designing”, but color in a landscape is everything. Note also, a splendid shape also satisfies the senses. Mixed with exotic coloring, grasses are absolutely the equal of any bloom, anywhere. 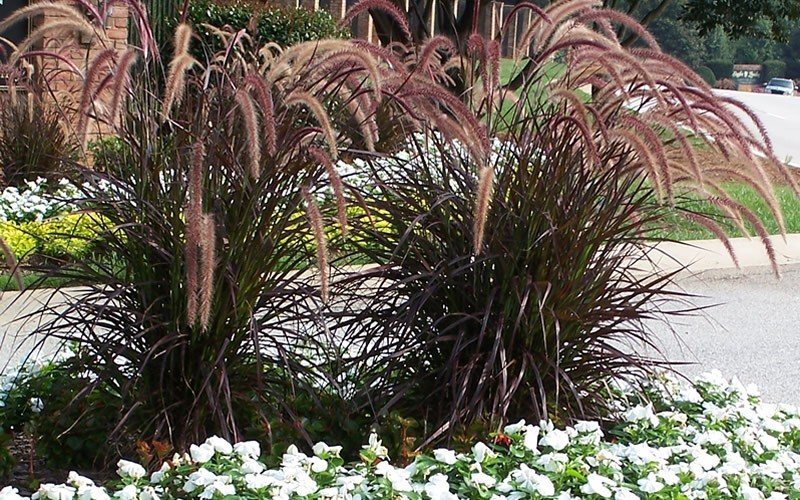 Above………………..This gorgeous Purple Fountain Grass performed as an annual in Reno, dying out – literally – as the cold, dry Winters there reduced their distribution to “annual-type” plantings. A hardier version, of course, has been hybridized since I was roaming the dirt at my old pace. But what I found to lessen the pain was courtesy of Francis – I began replacing the Purple Fountain Grasses with “Muhley Grass” – an exceptionally satisfying alternative. Time and experience taught me much – including some face-saving error replacement. 😉 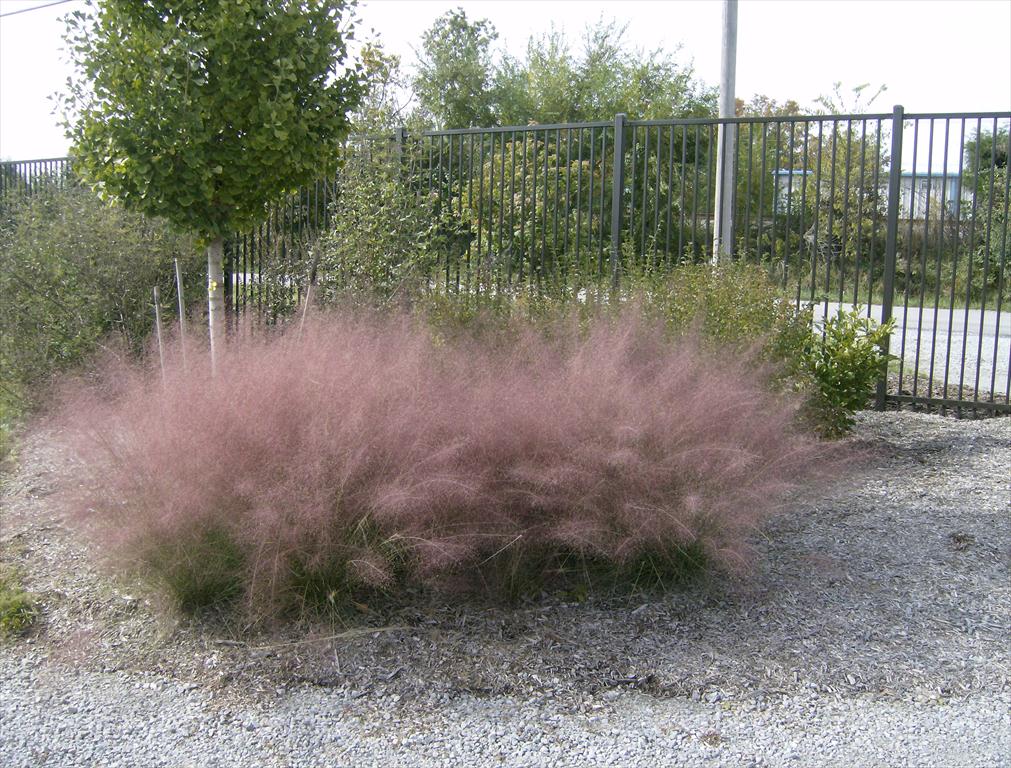 Planted even just casually to take up some space, this grass became a huge favorite of mine, offering an incredible and long-lasting hot pink bloom for – often – a couple of months at a time. 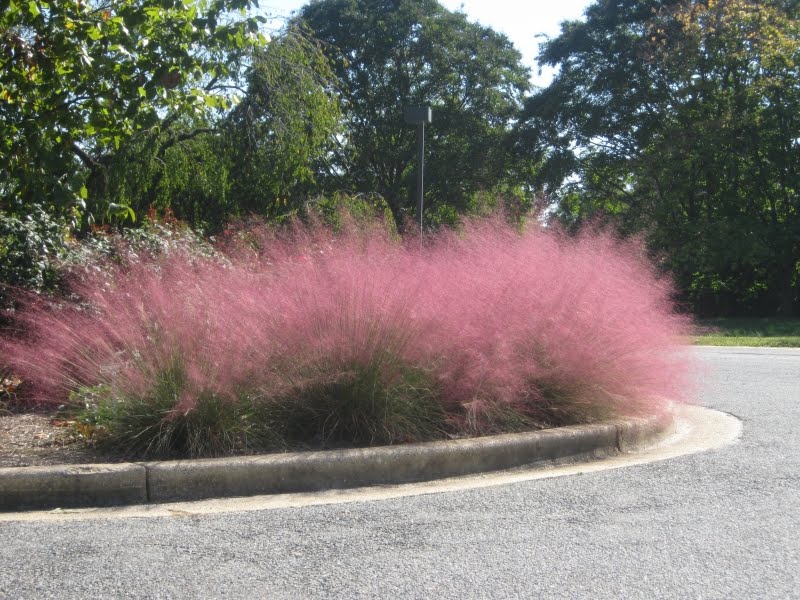 The Northwest US and Canada

Amateur climatoligists and horticulturists are often amazed at the immense diversity of available plantings in what would seem cold and hostile Northwest environments. Everyone of course understands the “rain issues” as a given there, but what they may miss is the moderate nature of the climate in general. It rarely freezes hard owing to a benign ocean current which is not only responsible for bringing clouds and rain, but also for keeping Winter temperatures far more moderate than those of their cousins to the East.

Yes, there is a definite season of Winter, involving very cool temperatures and a ton of rainfall for long months, but what results is a horticultural Heaven. The mad insane tampering with rhododendron hybrids of the English for a few centuries, fresh from the exports of Tibetan color, where the rhodies do not just bloom the local native purple of the United States, have resulted in absolutely stunning bloomage. 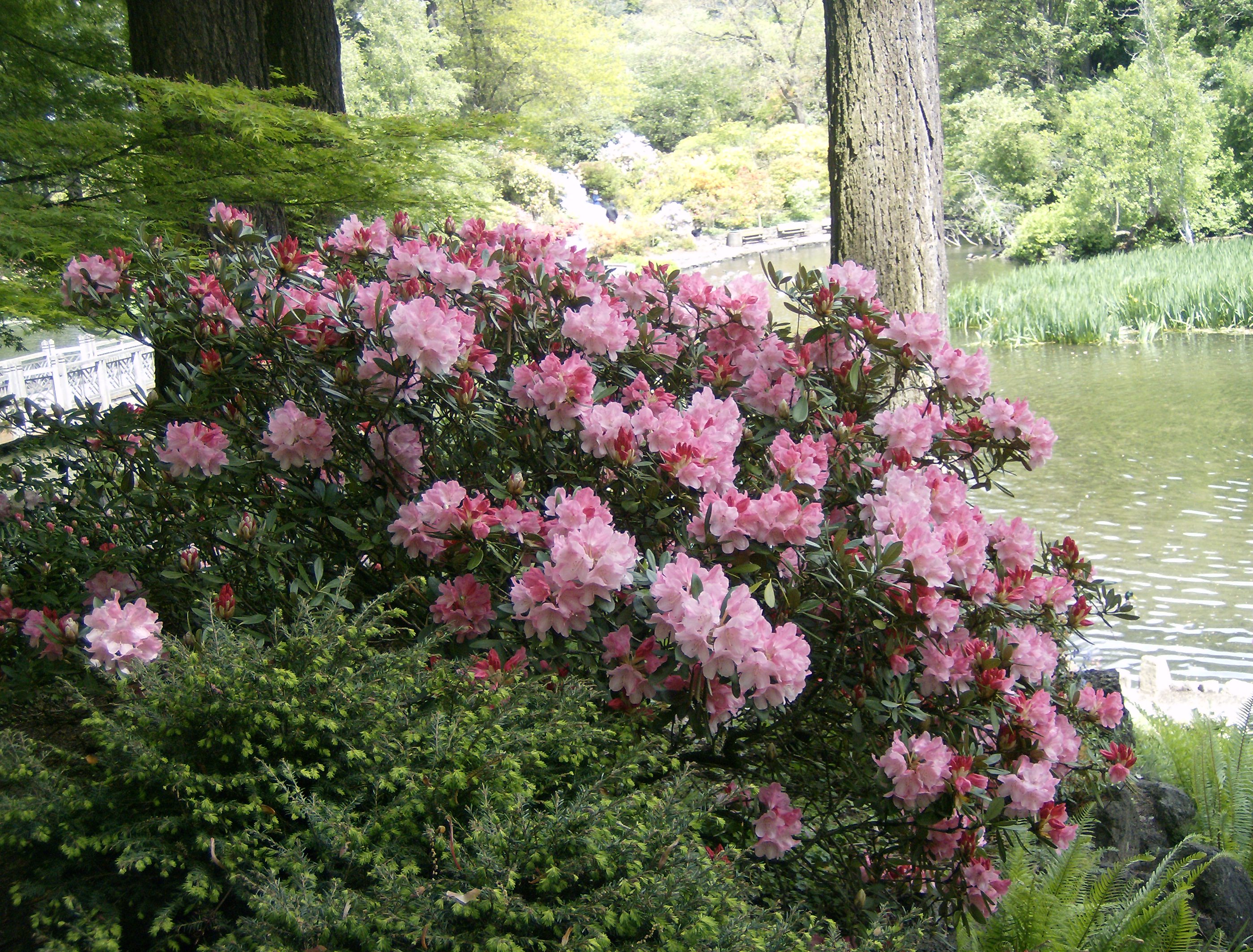 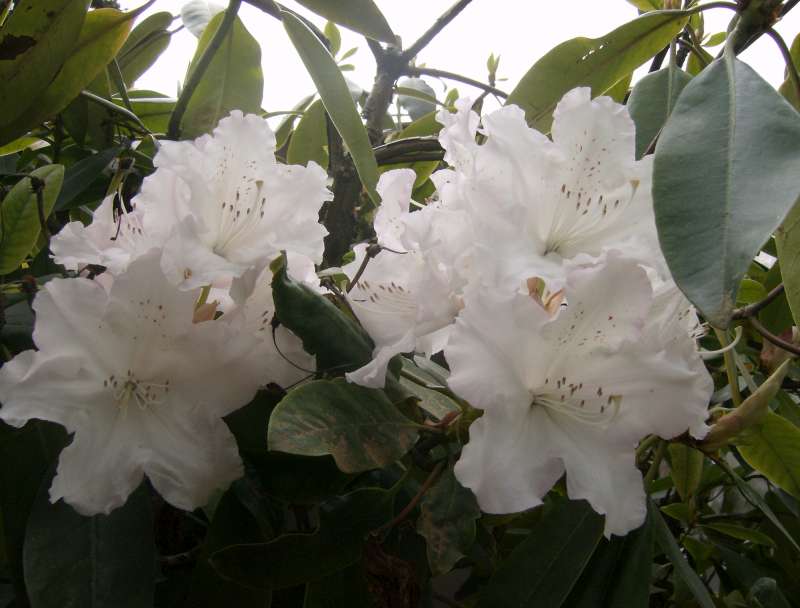 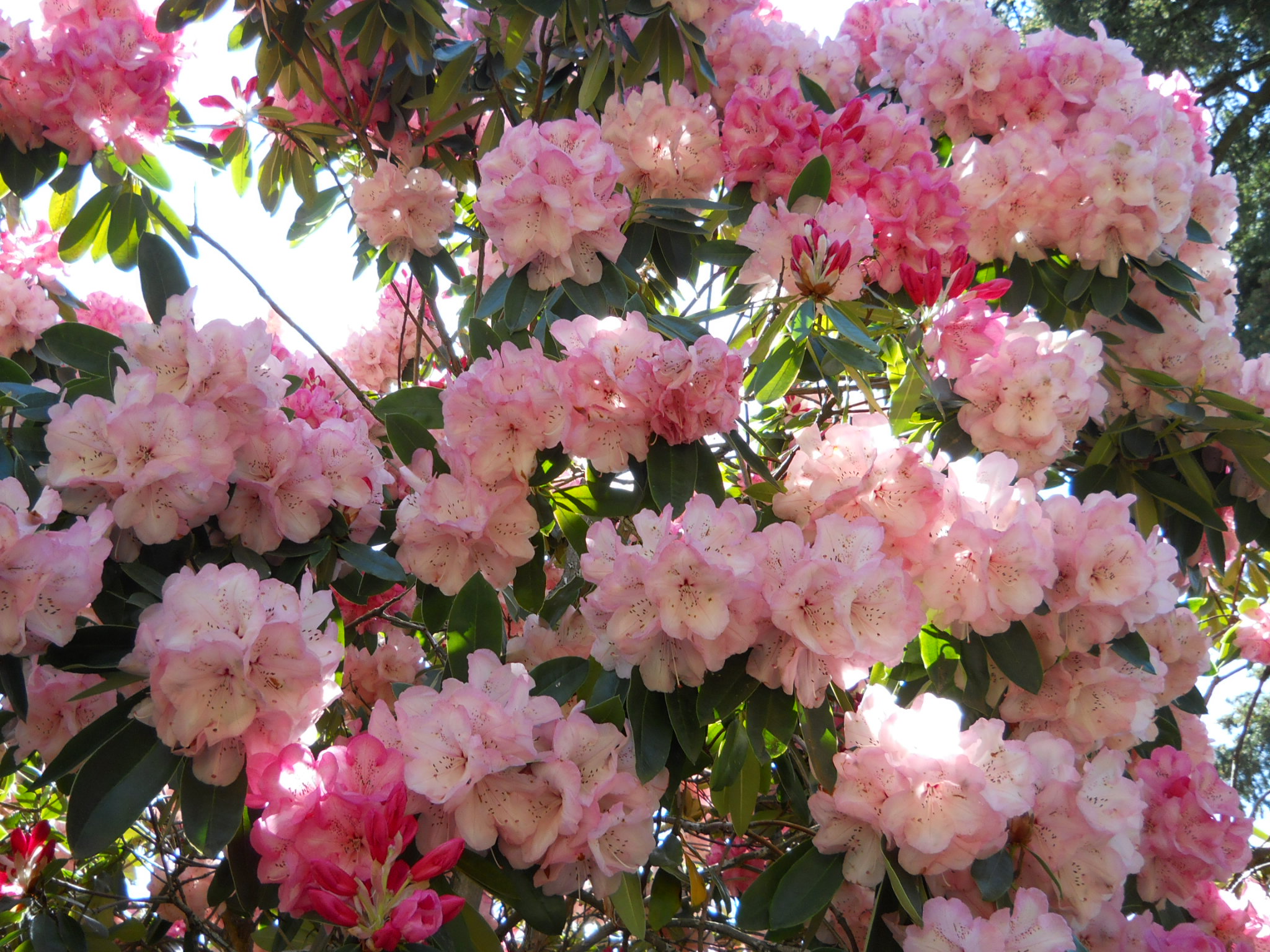 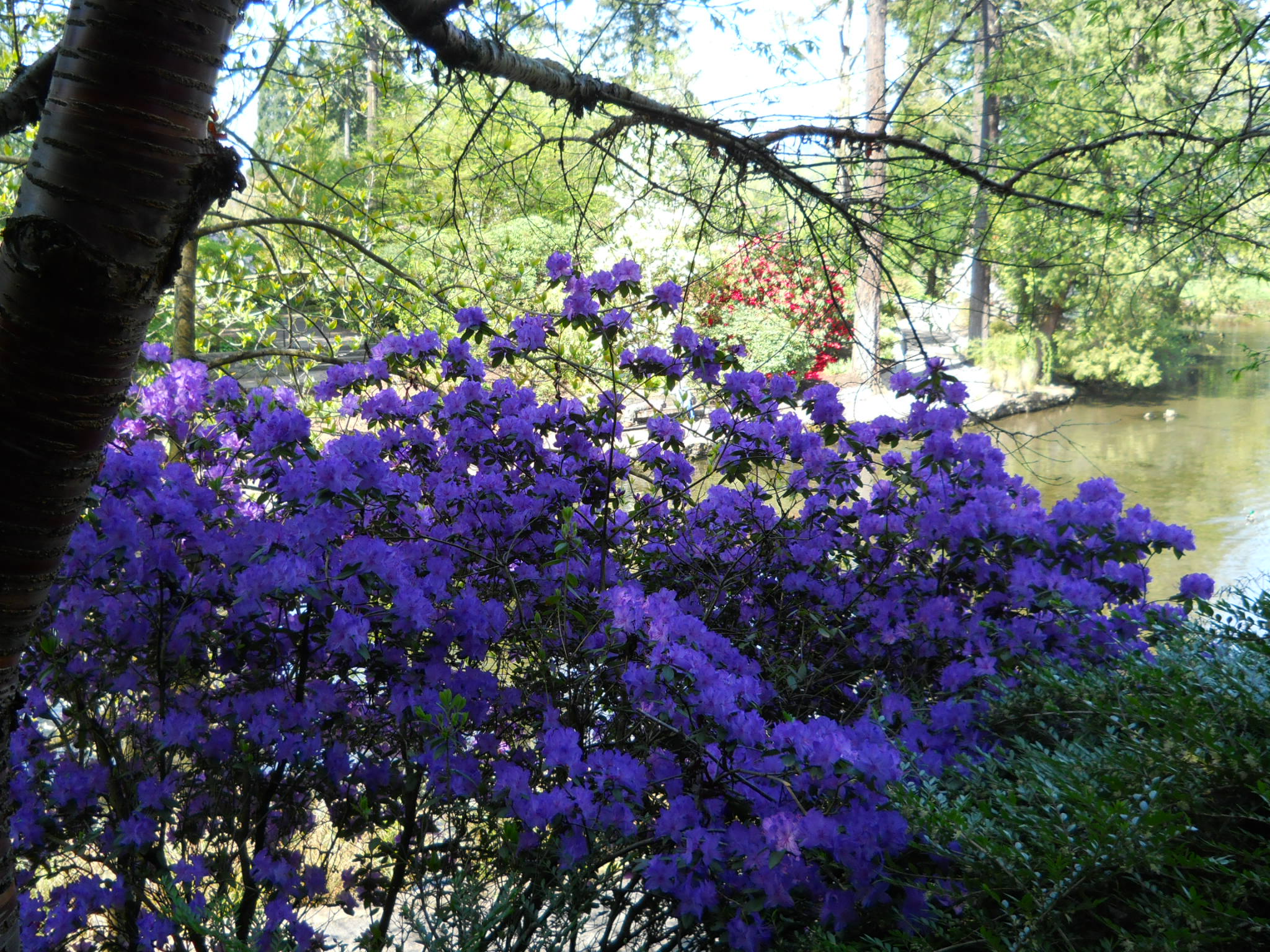 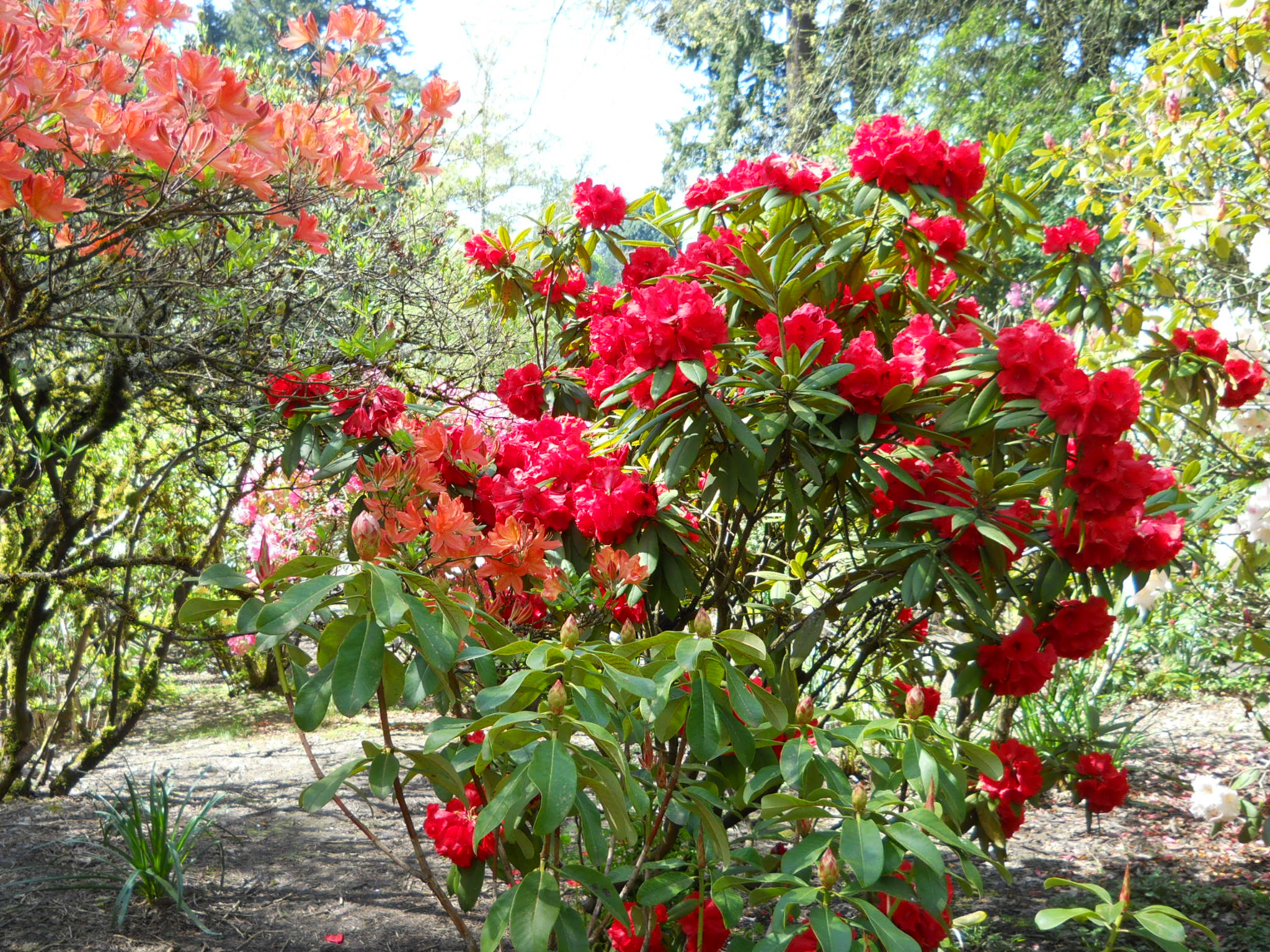 Such a wild variety of color splashes lasting weeks is the Springtime unfolding of the Northwest floral bounty.

Other plants join in forcefully, as they mature as street trees and border plantings…………

Here, a venerable Vancouver side street shows off its street plantings in dramatic fashion: 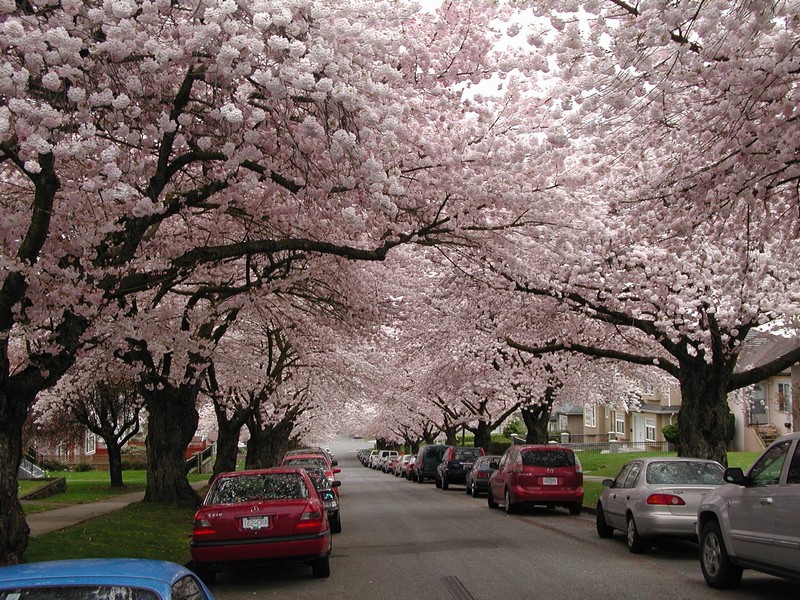 Actually, Vancouver is nearly over planted in Springtime blooms, if such a thing can be said. 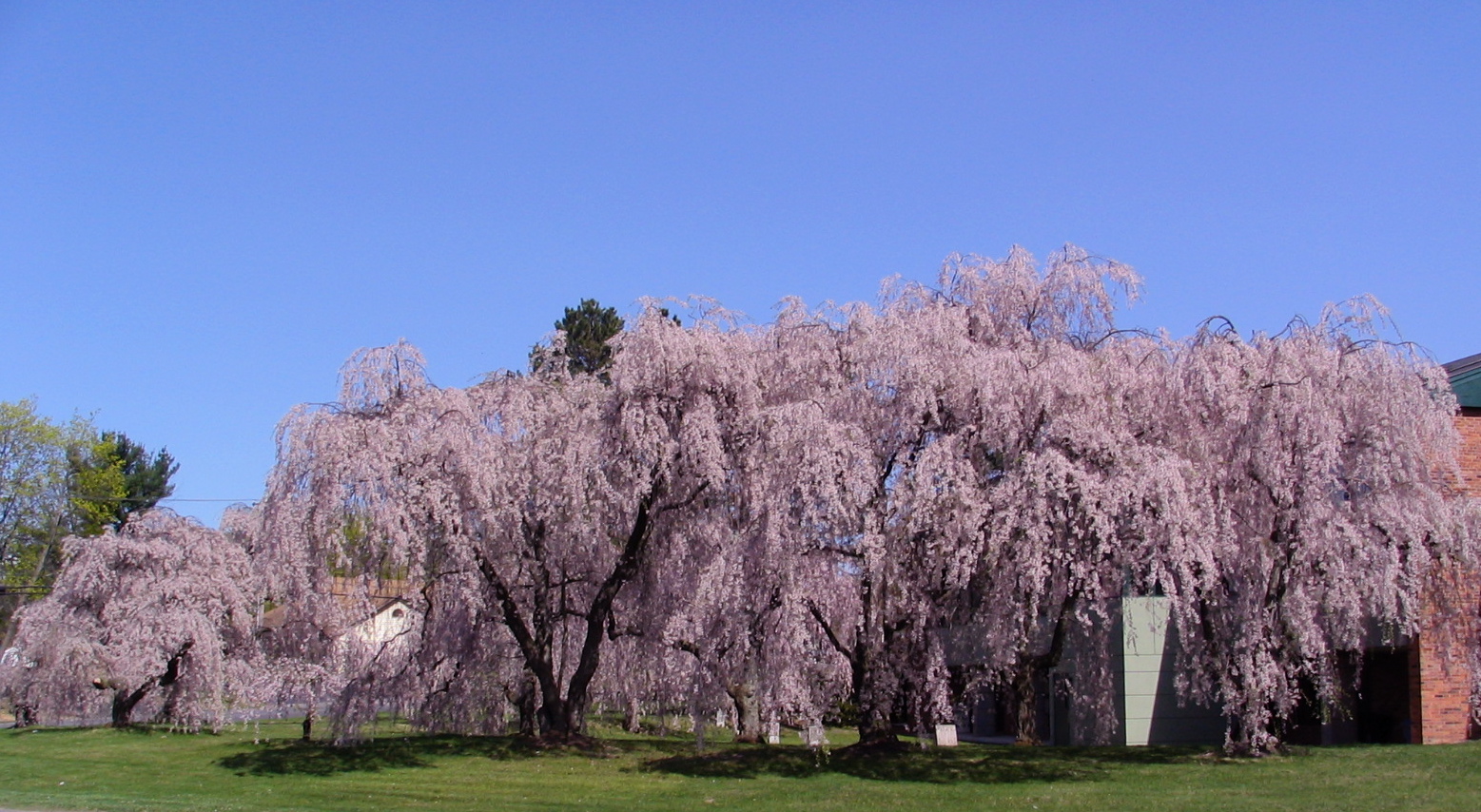 The classical mixes easily with the ultra-modern, as Vancouver so often presents……….. 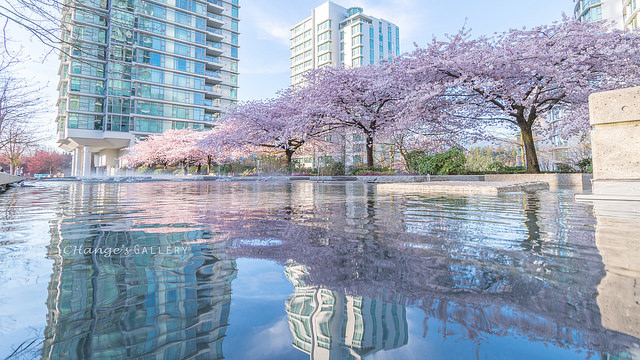 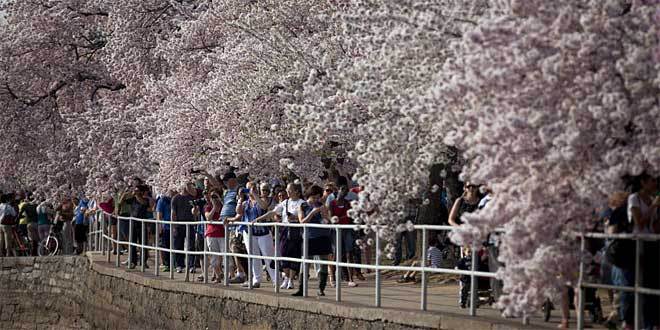 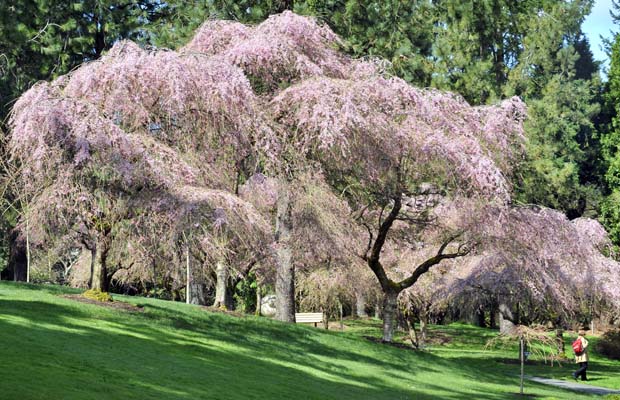 Reno also has a mad love affair with blooming Cherries and Chinese Pears, especially along the River Walk.. 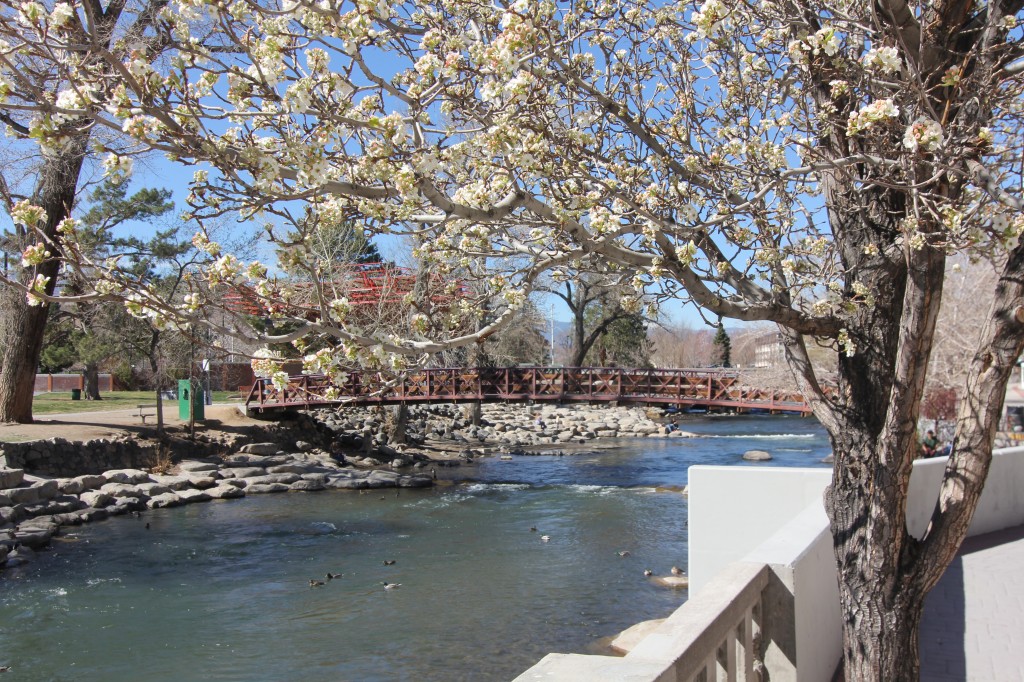 I have added to Reno’s affair with blooms in designs of my own: 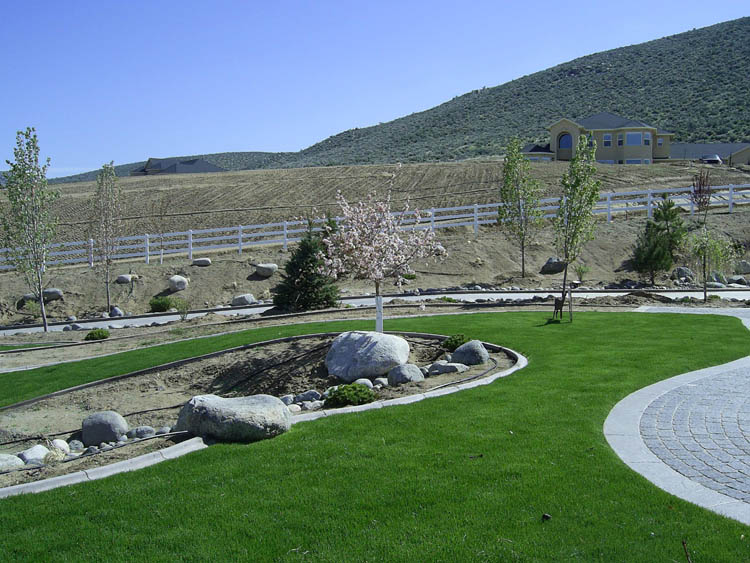 I have always tended to plan for “the profuse” look at blooms in projects of my design. I enjoy experimenting with variegated plantings, mixed with off color conifers like Atlas Blue Cedars. Variety, sometimes aroma-driven depict my own personal style, an amalgam of experience and shameless puttering. 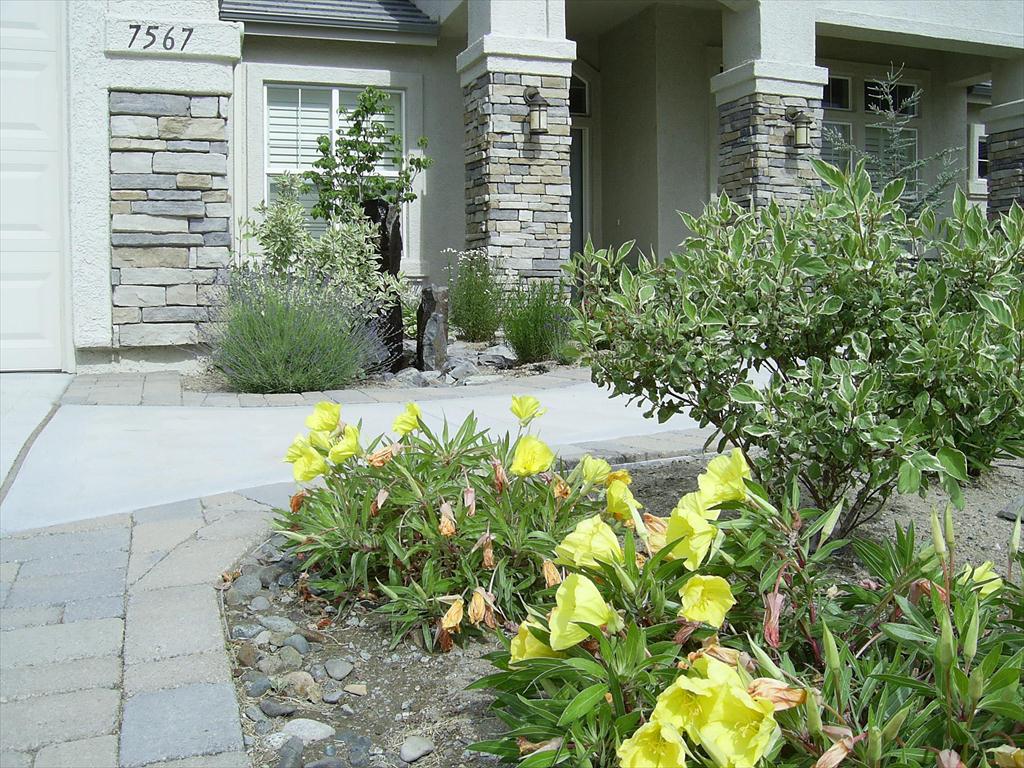 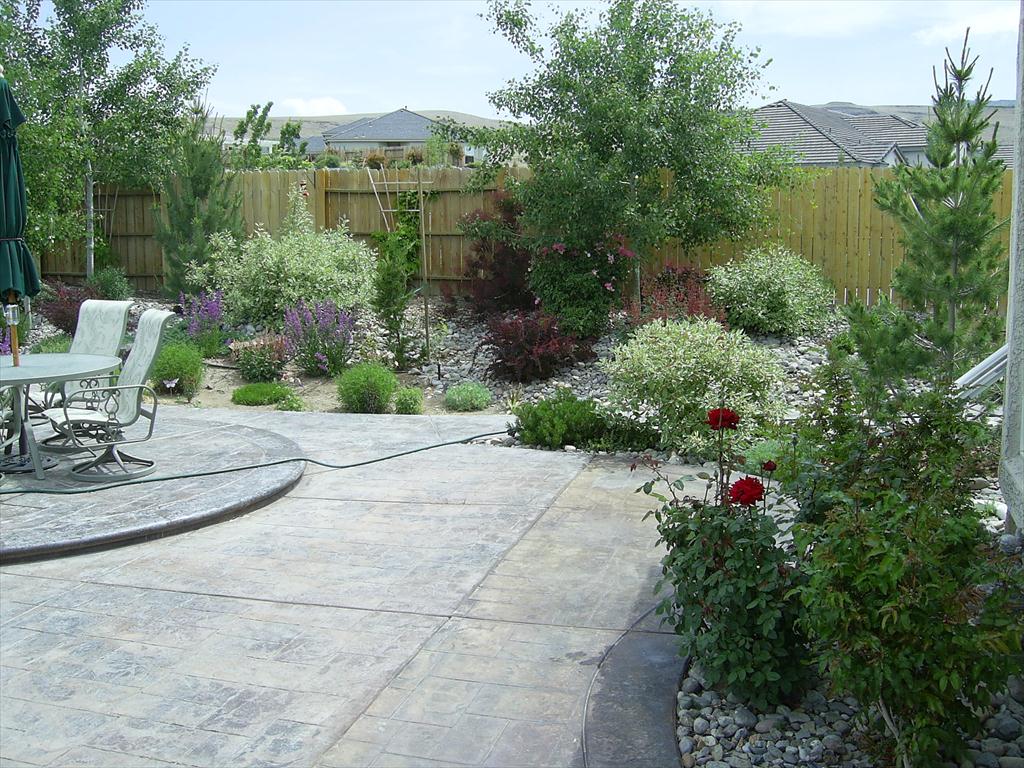 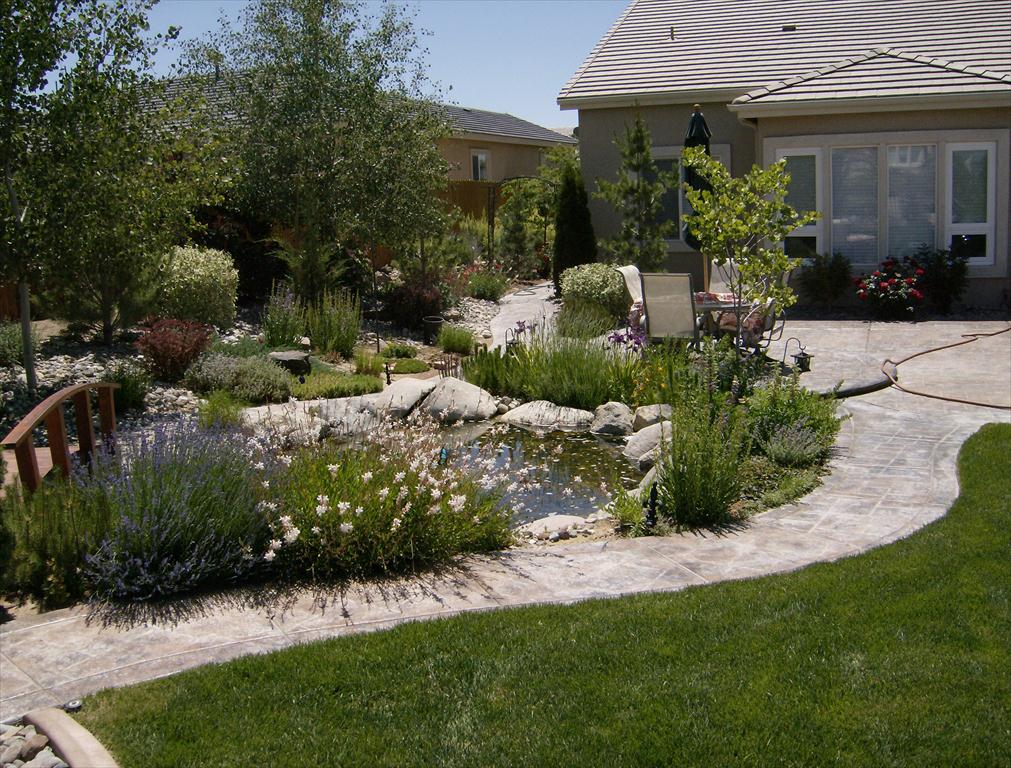 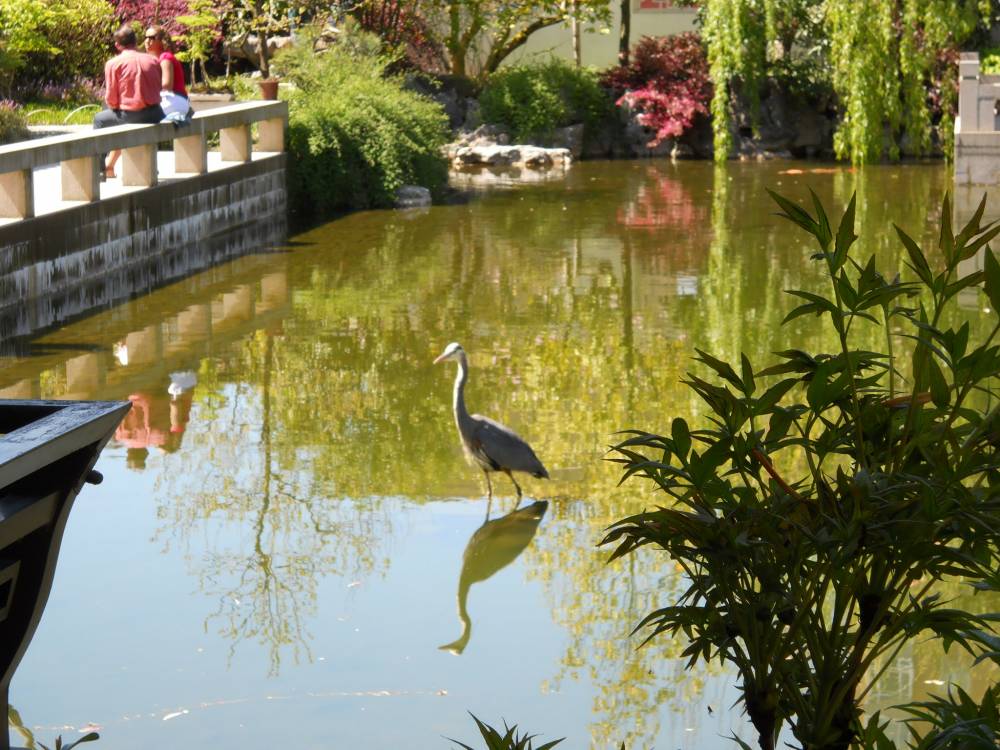 I mean, there are so many options out there….which way to go??