As a pageant, football has few rivals. And high school football has its very own style, especially in growing small towns still large enough to have 3 other major rival high schools. Bands, cheerleaders, big dances after, all the somewhat drunk or just fun-loving friends going purposefully loco, already in party mode, City fathers, businessmen and their families, families of teachers and girl friends – just packed with respect for and and enjoying participation as good fans of the team. Cheering for them. Good times. 😉

This is the part where I discover my 155 pound self at Owensboro Senior High wearing pads, a helmet and curiously enduring the weird surprise of finding my ankles being taped in serious manner by the team manager, minutes before one of those Friday Night football games. Having endured the “game meal” with the other guys – super dry burnt steak and other forgettable tasteless items – in the cafeteria and having hung out for long hours, just laying down and relaxing to an illegal degree which a home game allows – the forced relaxation of the powers that be – and then finally the lights come on, a crowd can be detected and we run out onto the field to wild applause.

(I remember thinking how the crowd often seemed to determine the play, which I know is bunk, but the sheer scale of this event seems so overwhelming at times. It’s a pretty awesome experience – like a shower of manna on an apprehensive head and shoulders – and which seems to gift an unparalleled ferocity when it is required. It also awards a feeling of invincibility, for better or worse. These are your 100% moments. For real, some of the accomplishments of players are way beyond what they do in practices.)

I touched the ball in actual games 3 times as a high school football player. I caught a pass and ran back two kickoffs, one of them opening a game in Tell City which I ran back 45 yards. We were rather, ahem, run-oriented with Dicky Moore and Frank Chambers in the backfield. One would gain 200 yards in a game and the next week, the other one would. We basically battered teams into the ground. Even weirder is the fact that our other back, a guy named Wee Wee Moorman, weighed 220 pounds and could run with the force of the sun. Wee Wee was the biggest guy on the team. I know his body well – these guys are who I tackled in practice for 2 long years. Scrimmages were live in practice and “game situations” were always played. 1st and 10, 3rd and long – that sort of thing.

Here is what football taught me: The human thigh is the biggest and baddest muscle in the human body. Tackling guys like our very excellent backs who were the dual offensive feature of that team – as well as tackling Wee Wee – took place 2-3 times a week in live, full-on, vicious scrimmages. The only compliments one got on defense were for hard hits and bring downs, smiling while the guy in charge of blocking you got chewed out for screwing up. It gets a bit contagious. Memories of practices are fairly vivid actually, at least generally. I remember dirty white practices jerseys, complete with some remnants of soil already earned. I remember developing strategies for facing these running backs, playing as either a safety or cornerback in the practice defense. I remember my first collision with Dickie, facing an incredible force which hit me lots harder than I hit it. I bounced off of him but managed to catch his foot and trip him. I thought it was fairly creative of me. It was always a mnemonic highlight for me, that little series. Like a hidden secret but real success.

The first time I got either knocked out or just slobberknocked into and out of the pain world was actually in junior high when I broke my nose courtesy of a middle linebacker as I ran the ball up the middle and who hit me in the face mask, lol – with his. I have been knocked “woozey” a few times. It seems to me to be the nature of the game. But the King of My Hits came in a game in Louisville, played at Atherton High. We played Louisville St. Xavier, a state power at the time.

For some reason or other I started the game on a defensive kickoff. I remember feeling strange. As we kickoff and the ball settles into the returner’s – Dicky Lyons of UK and Oakland Raider fame – hands, the play develops where my man somehow got completely lost and I found myself facing a dude packing the ball, coming straight at me. I ran forward and launched myself into him, head-on. I made the tackle – I hit him right solid on the thigh -.and someone said I got all sorts of props for doing it running back to the bench.

But I wasn’t there.

I remember next seeing the time left on the clock from the sidelines and wondering where the first quarter went. I had been out on my feet for a half hour at least. It was a completely weird situation and then the coach called my name and back out I went. I couldn’t shake the weirdness, but I played OK and quite a lot in a tight battle that we lost, 13-7.

On the ride back in the team bus, I remember I faced a serious anxiety about vulnerability. I felt incredibly alone. My head began hurting about halfway through the ride and it stayed that way for the next day. That collision began my divorce from the sport, which I formalized my senior year, quitting the team at the start of practices.

I never even mentioned it, aside from telling my friends how weird it felt. I actually considered it normal – which it was, lol, among players – but I remember the resulting anxiety to this day. I remember Coach Gerald Pointer had someone go out and find me following my not reporting for play at the start of my senior year. I was definitely penciled in as a starter. Ironically, I was playing around at baseball with friends at the Wesleyan diamond when Jimmy Musick rode up and told me the coach wanted to see me. (We had just that week finished a long and fairly successful American Legion baseball season, losing in the State Final to Ashland). When I got in front of the coaching staff at our practice headquarters, Coach Poynter (who I have always liked immensely unto this very day), went ahead and asked why I didn’t report.

I looked them all right in the face and I told them that I was investing in something I do well. I don’t want to get hurt for playing a sport I really don’t much like in the first place. I mentioned I like the team and that hurt the most about quitting.

They gave me a pass. They listened and understood. I have zero bad feelings about any of them – to the contrary.

My father, however, was incensed, and probably more because he knew I had made what he thought was a rash decision all on my own. The truth is, that’s true. Before I sat in front of the coaches, my decision on the matter may have been 2 hours old. But it truly came from the heart, that’s all I can say.

I had a great fall, doing things normal people do, lol. I even got a job pumping gas. Marcia Roby and I made a few road games together. Good times. 😉

at least until baseball season. 😉 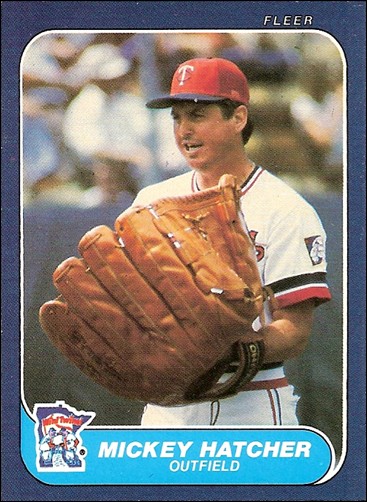