Make no mistake, this post – more than perhaps any I have ever posted in this blog – is strictly personal. But it is also highly celebratory – another avenue to express my hopes and deepest love for a newly-embarked mission of Love into their very own and undoubtedly unique family and on into Infinity as a new constellation made up of so-willing participants……..Hey – my family expanded last weekend.

The metaphor of Mark Twain’s where he mentioned “I spent the coldest Winter of my life one summer in San Francisco” has always seemed the best-abbreviated single statement about a complex situation in my personal reading history. Well, I think I might have my own answer to that, after this last week:

“I had the most meaningful experience of my life celebrating someone else’s marriage last weekend”. 😉

In this case, of course, I am referring to giving away my very own daughter, Alena, to her very agreeable choice of a man who I actually both like and admire. I spent an entire visit to San Diego in an emotional oven which I would not have traded for anything in this entire known world.

This picture pretty much says it all…………… 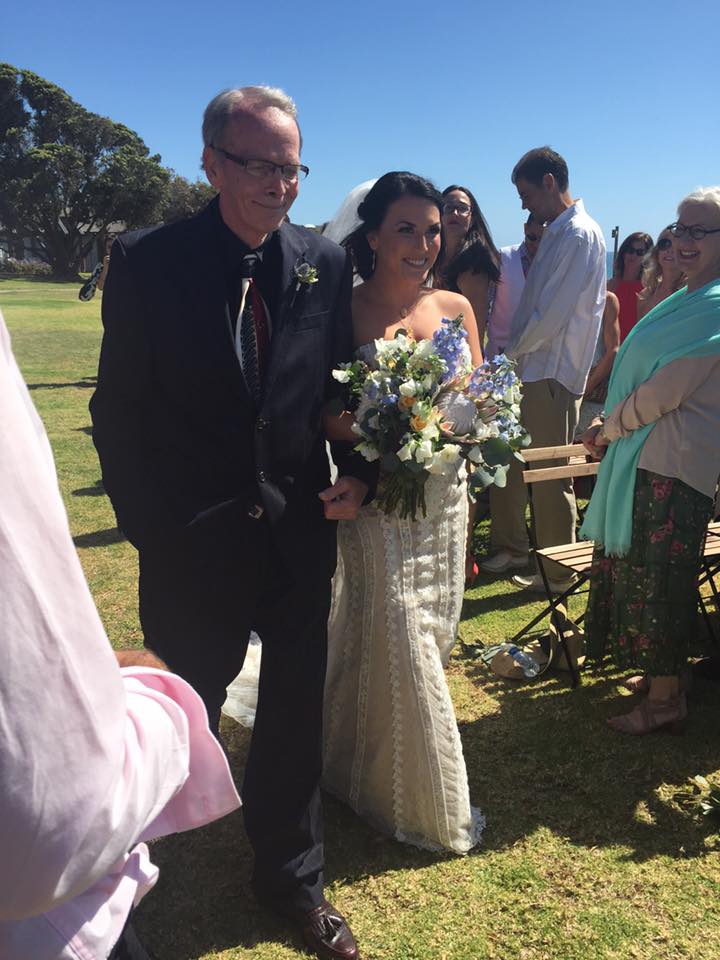 After 19 full months of my life’s very first medical challenges including literally learning to walk – twice! – the timing of the wedding of Alena and Greg fit so perfectly into the “What I most need now” category, it had to be designed by a physical and spiritual therapist.

My most recent road to here has been winding and full of stops and starts, punctuated unfortunately mostly by “stops”. To say ‘I had a bad experience’ is an understatement of rare dimension. As I mentioned in my Father of the Bride Speech at the reception, I first met my daughter’s husband over Skype on my computer at home. Stuck as they are all the way out in San Diego, 2,500 miles from Dad, it was the only method of actually seeing people while completely unable to walk 100 feet without a cane. Make that 10 feet, actually. That’s how bad it was.

I remember that call as if it were yesterday……. Alena and I had planned it and it finally unfolded as I sat here in my social media cockpit, completely reluctant and nervous about putting my face on the screen. I weighted about 130 pounds at the time (“Like I had taken a taxi straight from Auschwitz”, is how I framed in in my speech, lol)  but what we were celebrating at my end was the relative fixing which had finally occurred following a mistake in a surgical procedure for me. It had cost me – plenty.

So I answer her call and I see them and I punch up the camera on my computer linking us and I get this monster smile out of them both as my mug appeared to them. It was the first time I had met Greg, although I had had conversations about him with Alena. She was pretty in love, lol. Hey – works for me!! 😉

The long and short is how impressed I was with Greg. We dominated the conversation as Alena could tell I was pushing and prodding, lol, in my predictable protective fashion. We were able to laugh as a crowd and I couldn’t help but notice his jokes were completely as lame and dreadful as my own. We have a winner!!!!!!!!!!!!! Oh Lord, still my thrice-beating heart!!

“Dayem, Cletus, I dunno but something in me says I shore hope she keeps this feller!!” 😉

We laughed and cajoled our way through this initial conversation – and later ones as well, but hardly as refreshing or as noteworthy as my first meeting with Greg – which went for at least an hour of leisurely pace and relaxed exchanges. Note too, this was long before he popped the Big Question. (And which question, it very much bears noting, he called me privately later to seek my approval…………a moment I will treasure forever and ever……….(LOL, as I also said in my little speech – “The truth is, you had me at the ringtone!”, lol)

At the time, I was just enjoying my daughter’s boyfriend and delighted to see he embodied many of the values I also admire, such as hard work, a tendency to sacrifice and a way human urge to help others as a fireman, EMT and now Safety Supervisor for the largest electrical contractor in America, Par Electric. That he was a nut very much like me was just a bonus and probably predictable, for all you deep personality scientists out there. 😉

Here is Greg now, sporting his marrying socks and a pose for the Ages: 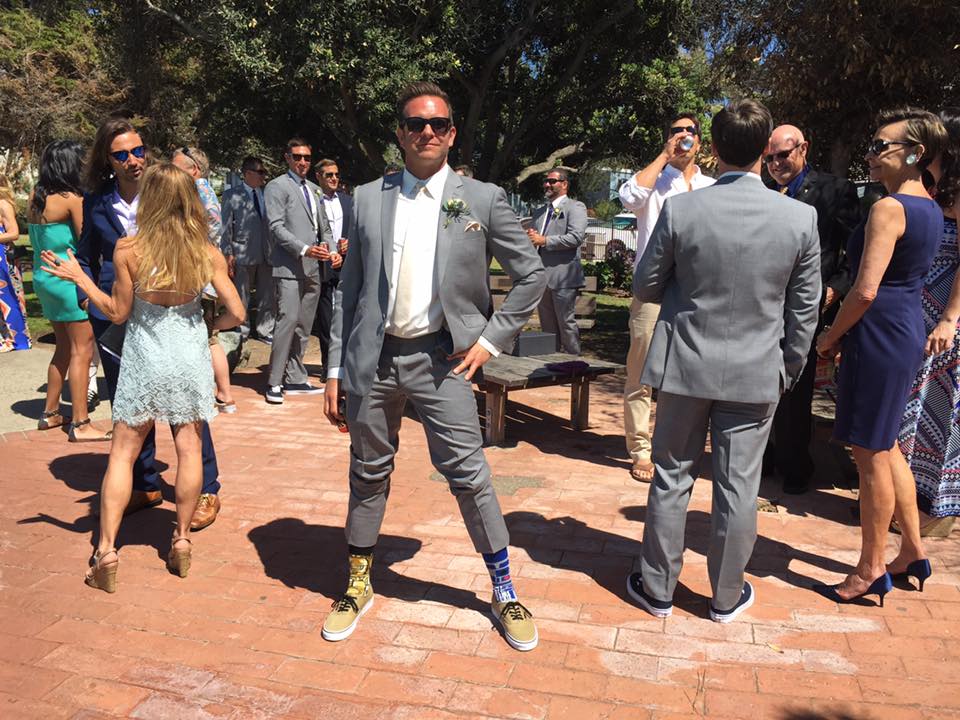 And this is what he thinks of my daughter:

(That would be me fiddling with my cam on the right and hooting a little with the rest of us, lol.) 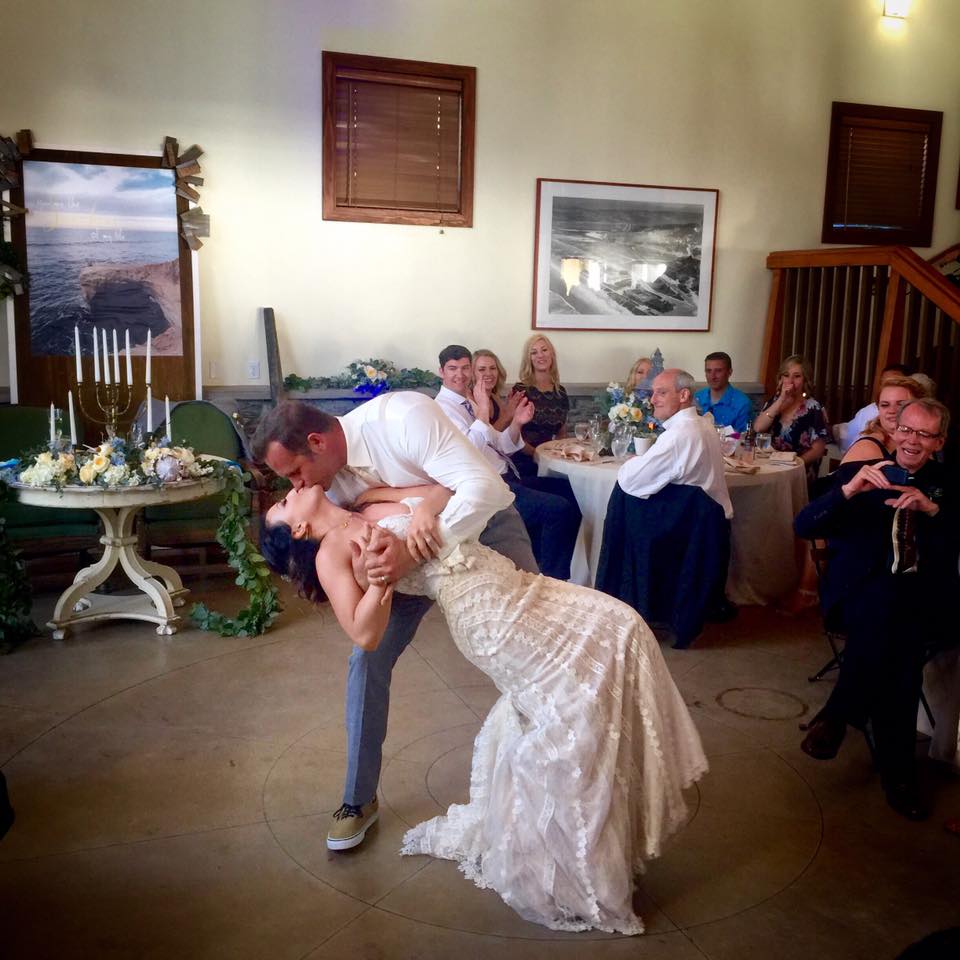 The bottom line in all this is the remarkable restorative power of Alena and Greg’s so obvious love for one another and its effects on me and my strictly personal health. It was a shot in the arm like a tsunami of enforced Loving. I have been suffused with love – just drunk as hell on it – and I don’t plan on forgetting it in all of the time remaining in my days of abusing the Earth.

The social ritual of marriage is such a cleansing, hopeful and refreshing moment. We welcome each into the wider world as they form a small nucleus of their own bright new planet. Our hopes cling to them now going forward as they inhale all of our best angels on a daily basis. We have, as a group who are so willing to love them until the end of time, ushered them most supportively into their next phase as adults – the phase of forming their own family as free adults. As a rite of passage, marriage is easily the very most hopeful. The delicacy of life and love could not have a more splendid send-off than what occurred on that magical weekend in San Diego. It was muscular. 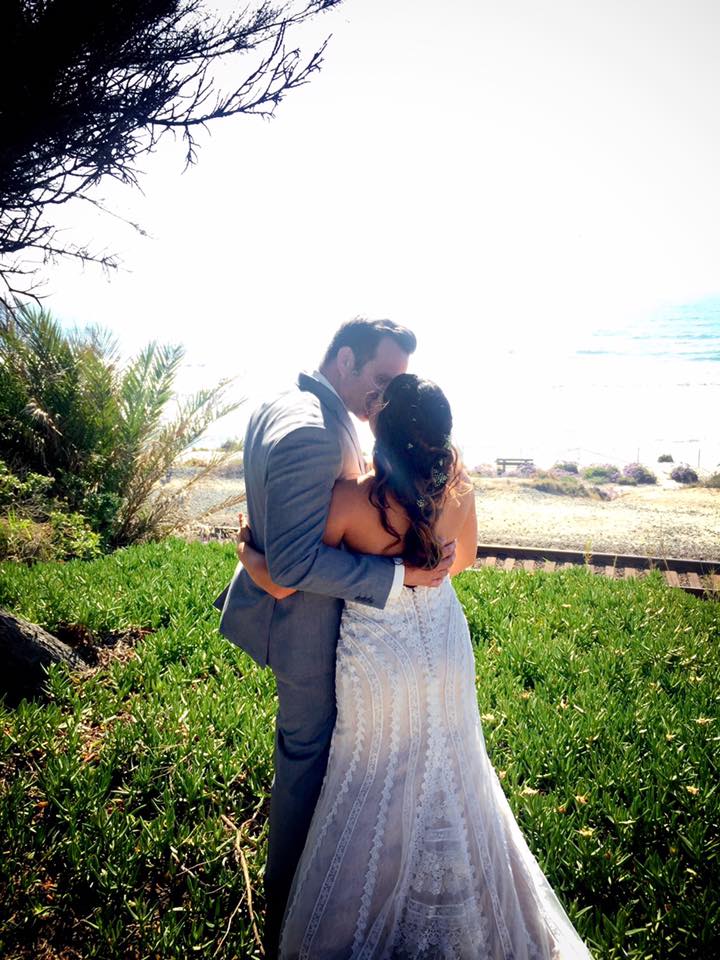 There are moments in life which build a prior momentum of their own and which we recognize only when they unfold before our doubting eyes. These moments are the Treasury of our existences. Their preciousness has no competition – they are galaxies which extend our souls into those of others – in delirious Joy! – as we experience the common human mutuality of all of our collective emotions, hopes and fears – in this case, invested in the fallible and starkly hopeful persons who we try to influence in the very best of ways. This precious couple embody everything that matters in this world of ours. Our Idealism is never more clear than when we participate in the rite of marriage. This was never made more clear than 6 days ago. I was stunned by its impact and I still am.

Back to the theme of selfish entertainment……… 😉  Did it make me healthier? 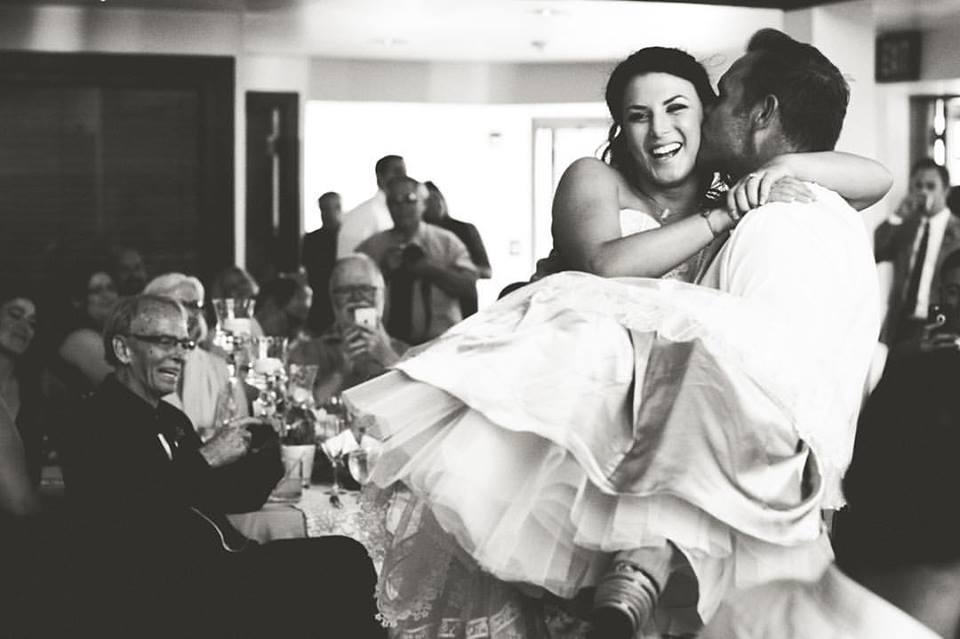 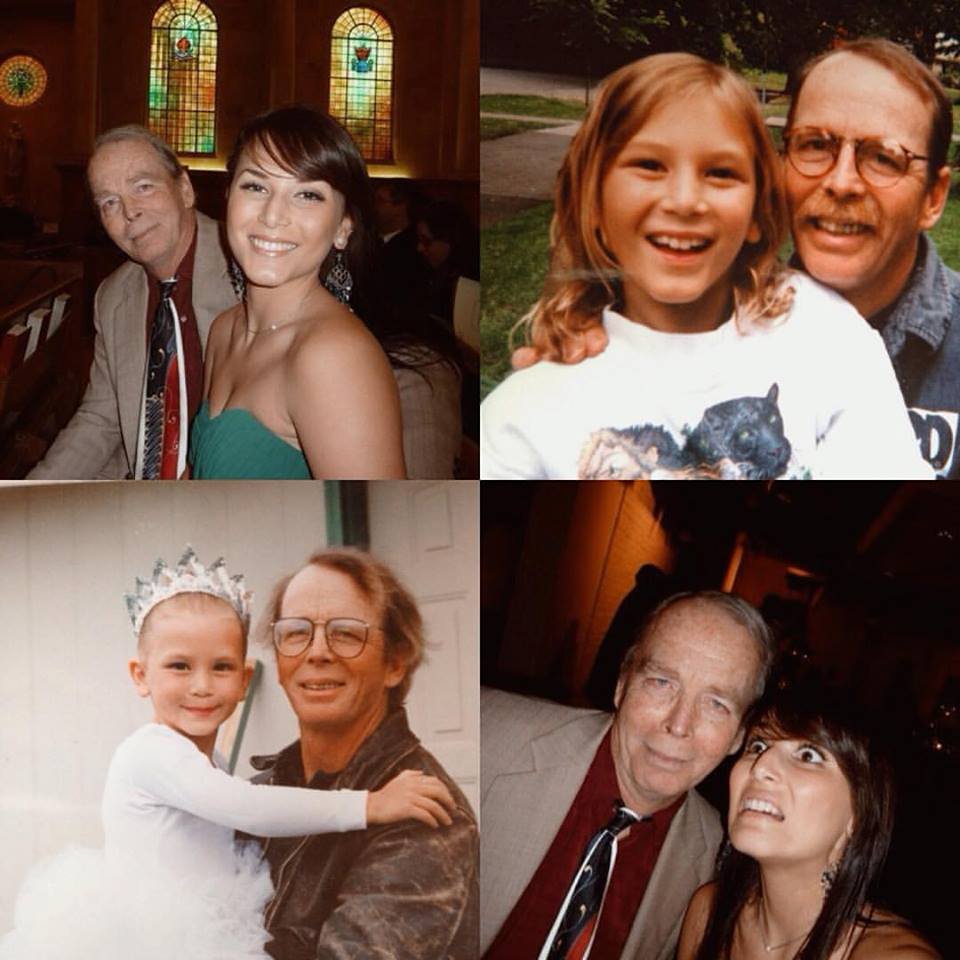 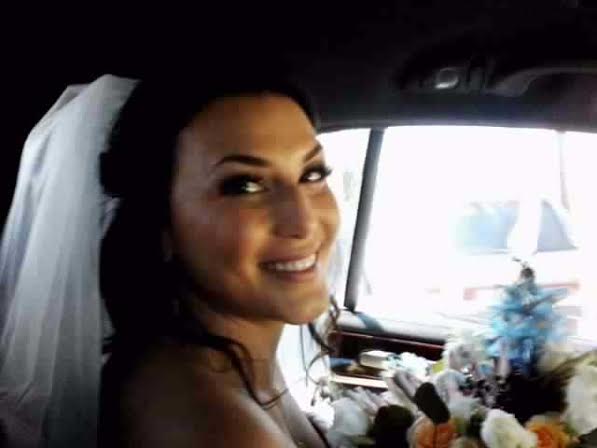 And now this old fart is crying again, lol. 😉

Y’all know I wouldn’t trade it for anything in this world. Absolutely nothing. It may well have been the very best day of my entire life. Already and gratefully rich in friends, I am now richer in family. How does it get better?

13 thoughts on “Passages – A Marriage I Was Actually Involved In”