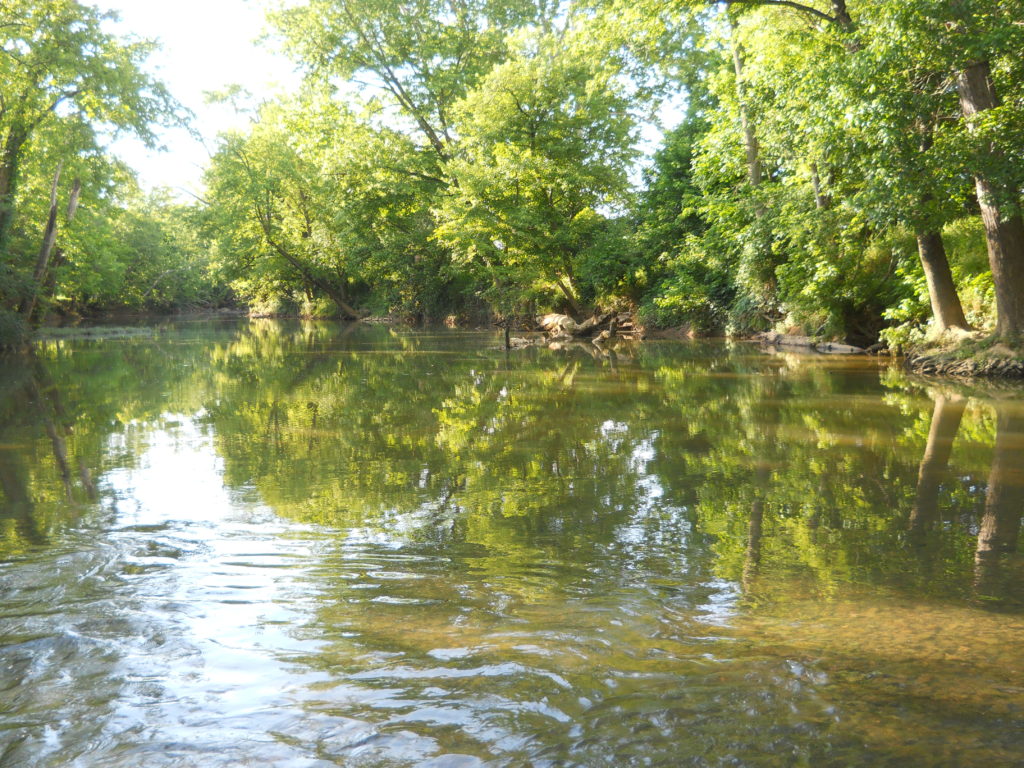 The Parkands of Floyd’s Fork is a gorgeous conglomeration of other parks: Beckly Creek Park, at the entry on Shelbyville Road, begins a park-touring Odyssey designed for all 4 seasons of Nature in an incredibly beautiful Kentucky at its best. The entire $120 Million donated effort is nearly complete, having begun in 2012 the process of removing invasive species and replacing them in great huge, gorgeous swaths with local wildflowers and grasses. The volunteers who performed so much of the early work deserve world class applause. The result of everyone involved’s hard work is a real sense of Perfection.

This park has recently become a center of my medical rehabilitation from a crazy cosmic series of physical injuries. The gorgeously heavy early Summer air supports the jungle -like growth which is a Kentucky forest in Summer. Consistent downpours and spectacular thunder and lightning effects long into the night, sometimes still rumbling in the morning, make for a green environment in ideal growing conditions. Forests are incredibly dense, often featuring unique species such as Kentucky Coffee Trees, the common but lovely state tree, The Tulip Poplar, Hickory and the stately, huge and colorful Sycamore’s who lighten the already-rich environment. 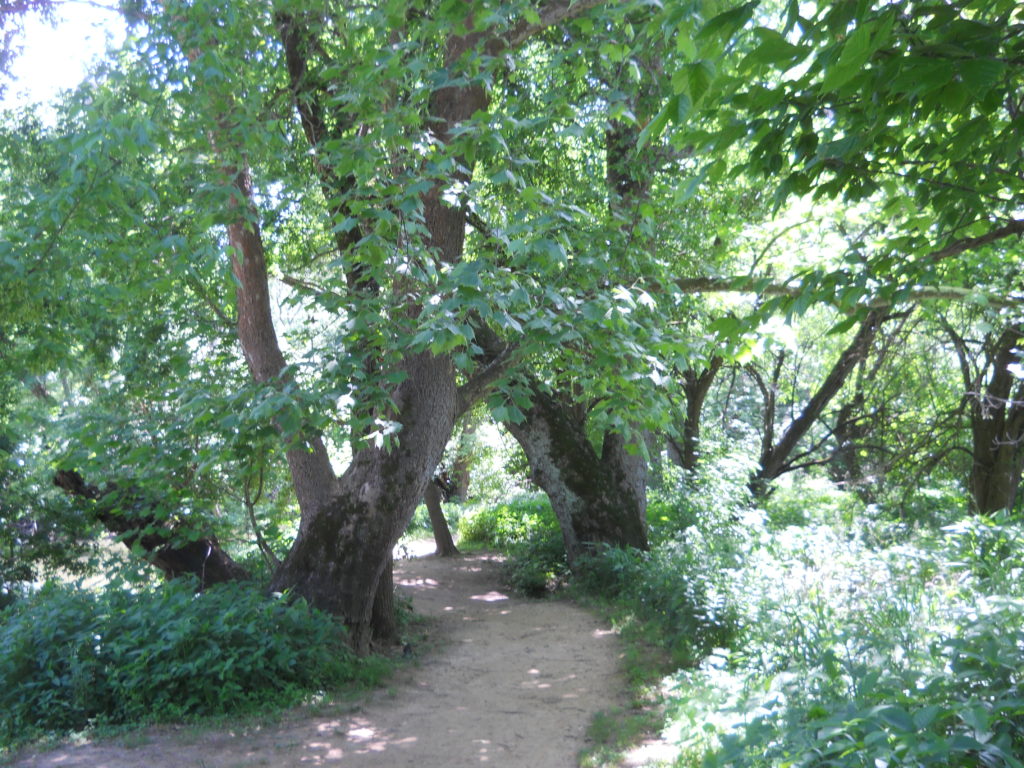 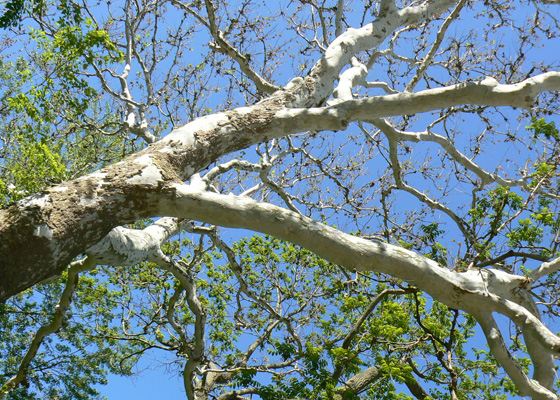 And, of course, the park is named for the creek which passes through – sometimes raging, sometimes still – the creek is the heartbeat. 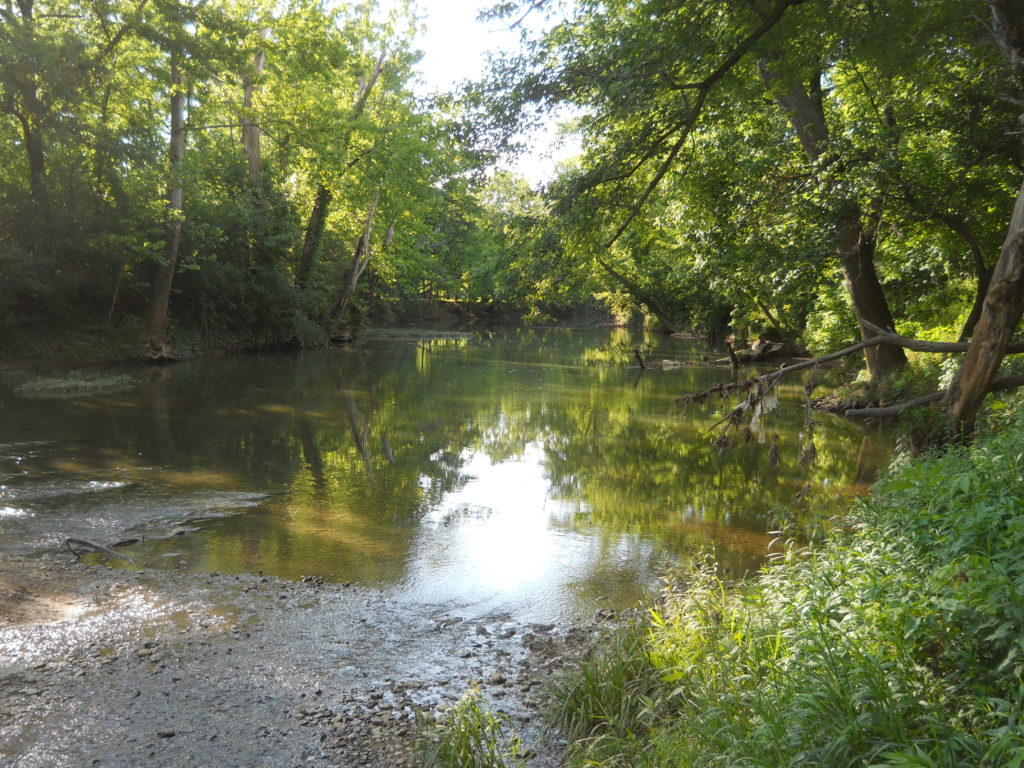 I was lucky enough to be around while smaller creeks feeding Floyd’s Fork took on a serenely luscious look. 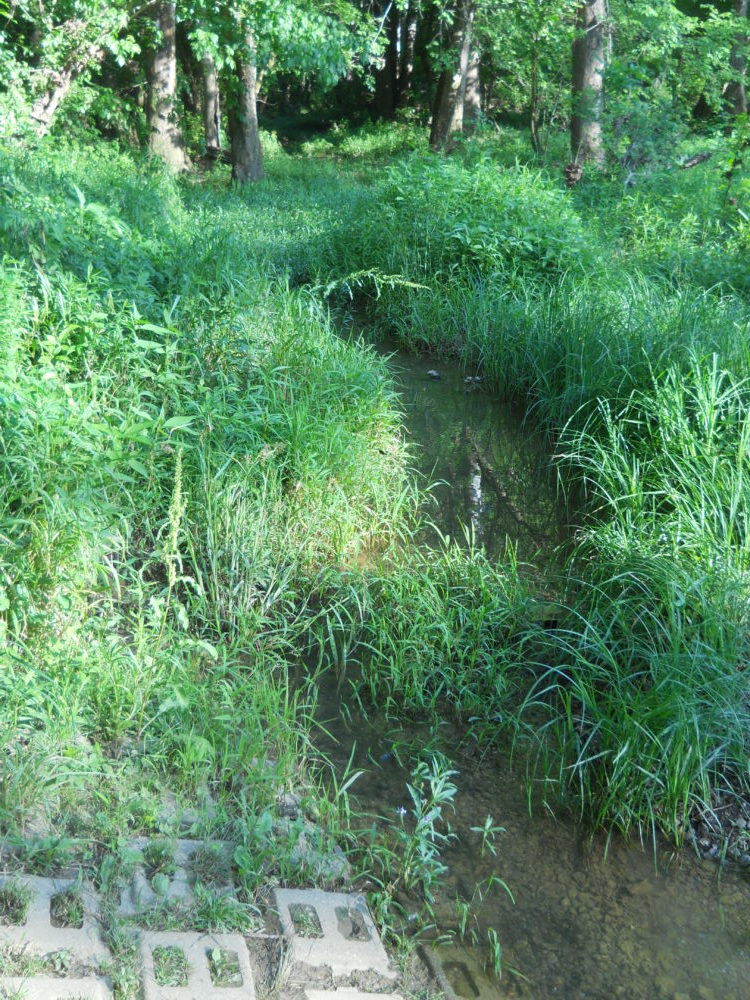 Visiting the creek often in other locations every trip I make, I discover an old Sycamore snag protruding out as foreground for a still-life of calm riverhood.

The history of flow rates and rushing water is easily enough spotted, even – or especially? – when the water recedes.. 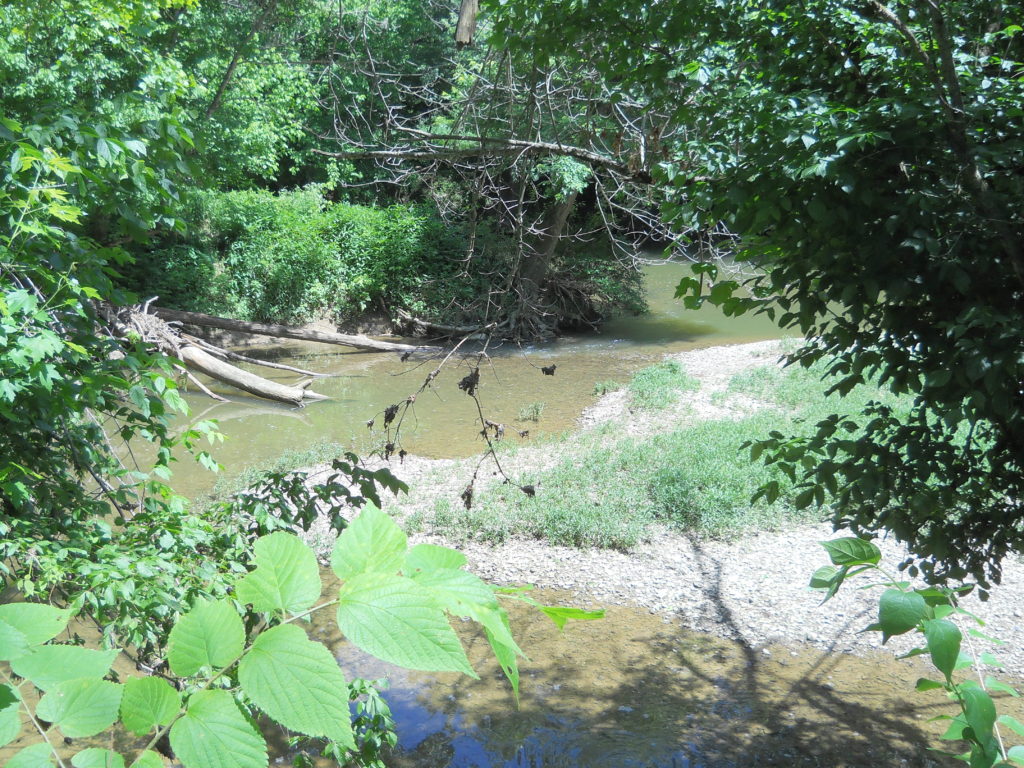 Even having lowered, the water level still satisfies the gurgling reputation and surprises with its volume. 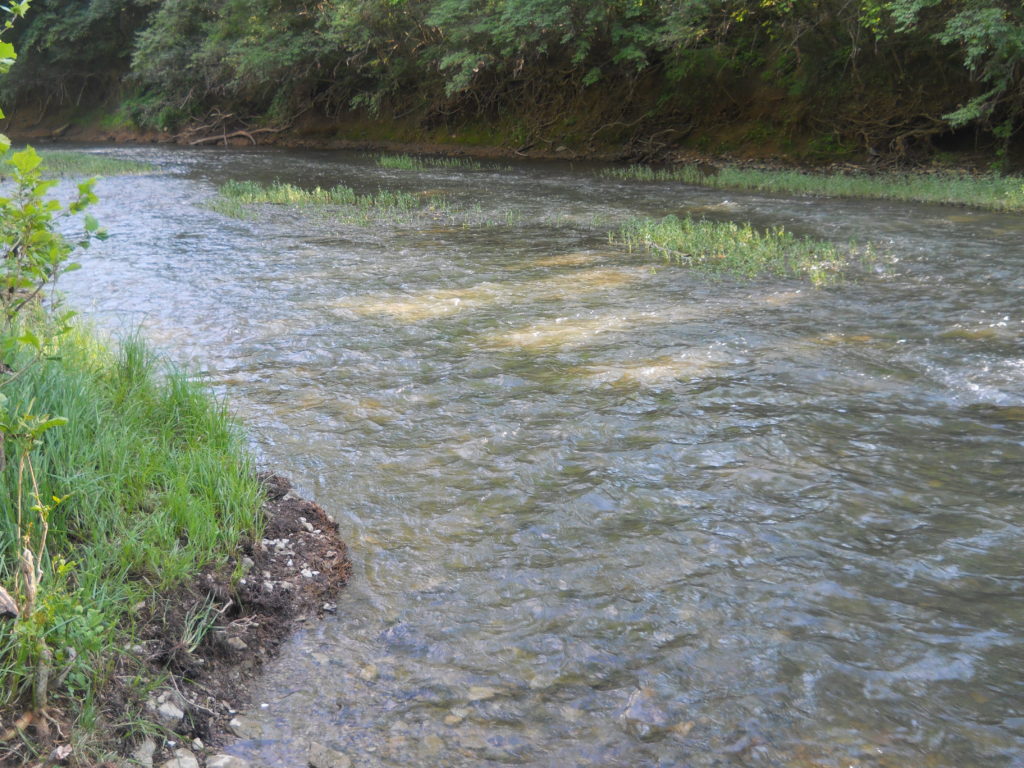 The most remarkable part of all is how the hundred miles of bike trails – a cyclist’s paradise with an eventual circling route around the entire city – follow the creek itself. Paddlers, kayaks, bicycles, fishermen – all are welcome and pretty much all return like me to savor this bountiful Natural Feast.

Next post, we will visit the Interpretive Center, the great playground and the stone work of some breathtaking specialists in a park which spared no expense in meeting craftsmanship excellence.