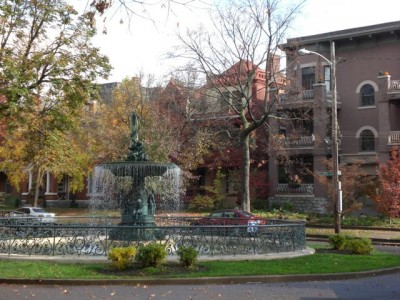 I just spent a week in Louisville, in town for my niece Meagan’s wedding to her very cool groom, Jeff. It was a fabulous reunion among the very diverse members of our family, actually being the first time all those assembled had been together since the ’60’s! I was reminded while there of why I so adore the fine city and the people of Louisville. I wax on about the place from time to time and, with San Fransisco and maybe New York City, Louisville is my favorite place in America. There are a wild number of reasons why, including the city’s gracious irreverence,  but that will be for another time. This one is about an old stomping ground. This is all about St. James Court and Belgravia, divided into two posts.

Built in the 1880’s, alongside what was once the remarkable “Southern Exposition”, (intended to last for 3 months in 1884 and which, instead, lasted 4 years!) this neighborhood was an expansion to the South from the initial fairgrounds. Here is a look at what it once looked like – at the onset:

Glorious and ornate Victorian mansions sat side by side in a wonderful mix of styles and esoteric exoticism in a virtual riot of fabulous architecture amid an incredibly livable environment. Urbane and distinctly Southern for all of that, the court now hosts a most remarkable Art Fair, listed as the best Art Fair in the country and one which – incredibly – hosts more visitors than the famous Kentucky Derby. Some 300,000 visitors stroll this neighborhood looking at juried artwork. Here is a link to the Art Fair Site itself, complete with easily navigable areas, and rife with information and pictures of the art and the artists: St James Court Art Show 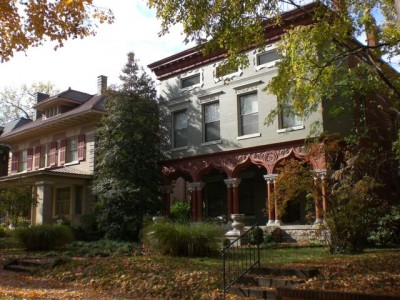 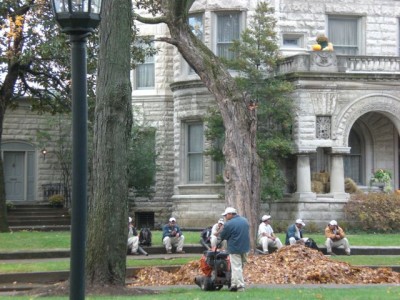 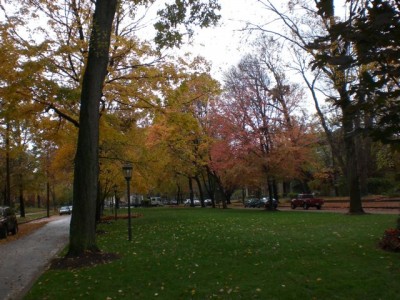 What makes it so unique in general I guess is simply the totality of its history. Interestingly enough, there were some perfectly astounding then-modern events surrounding the initial Southern Exposition, among which was the introduction, en mass, of what was then an then-unheard of number of electric lights. Indeed, Thomas Edison himself helped set the event up and spent much time there himself. Here is an excerpt from a bit of lore from this most interesting historical record: History

“Not only that, but the building and grounds (Central Park was the midway) were illuminated by over 4600 incandescent electric lights, the largest concentration anywhere at that time, more even than in New York City.  This is one of the reasons that Old Louisville was one of the earliest electrically lit neighborhoods in the nation.

<…Mr. Edison’s fabulous display of “4,800 incandescent lights of 16-candle power each which came on every evening to bedazzle the beholder. The contract with the Edison Company,” wrote The Courier-Journal, “is the largest ever made for lighting a building with electric lights. The cost of the plant was $100,000 alone, and it is said to have taken 100 men working constantly for a month to string all the wires and to get the equipment in working order…. It is now common practice for parties to go to the exposition, arranging to take their supper at one of the places of refreshment in the evening sunlight, then pass into the dusk of the building to watch the marvelous expansion of the electric light.”
Ask anyone who was a child back in the ’80s and he will tell you about that breath-taking experience. For no matter how often he saw it (and families went over and over again), the miracle was always the same.  There was a quiet that covered the waiting crowds. Then an amber glow began to seep through the dusk, brightening, brightening—until what had been familiar corridors of the big barn-like building became for him aisles of blinding light and beauty, touched with the gold of heaven.>  Excerpt from Fond Recollection, Melville O. Briney, 1949

The Southern Exposition 1883-1887: Louisville had toyed with the idea of

hosting a large exposition since the 1870s.  The success of the Atlanta Cotton Expo of 1881 greatly spurred interest in Louisville to hold a grand Southern Exposition.

An electric railway, designed by Edison,  took visitors around the exposition grounds and all around Central Park.  We heard this was the public premier of the electric trolley concept.  Maybe it was, if not it was certainly a premier for the region, and quite impressive with its tunnel of incandescent lights reputed to be wired by Thomas Edison himself.  A few years later Louisville had one of the best electric trolley systems in the country, and had at least double the number of street railroads of any other city its size. And of course, the most famous trolley line in the country was here in Old Louisville, the Toonerville Trolley. 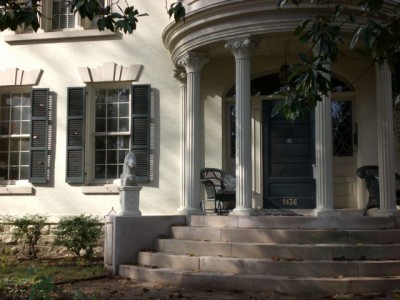 The St James Court area went into some disuse for a long time, especially owing to the suburban movement of Louisville’s population of which we – my family – were also numbered among those opting for less urban environments. The fact is, after I had been away from Kentucky for quite some time in the military and on with life on the West Coast, my parents had relocated to Louisville and had moved into one of these houses on this very street. I did not even know where it was! 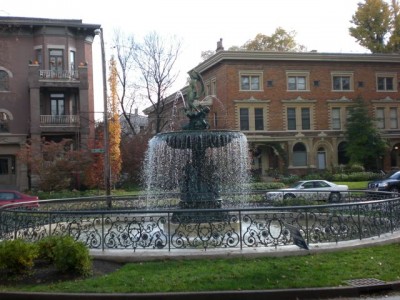 Here’s the front of their home, the rented bottom floor of which my Mom and Dad renovated. It was incredibly well constructed and just riddled with strange little quirks. Here: 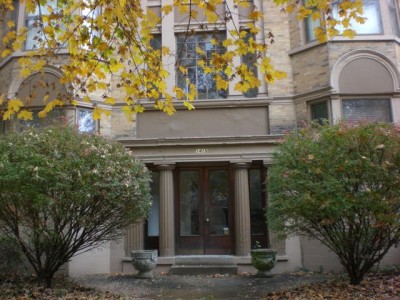 And here is Mother, relishing yet another visit to her old stomping grounds. I mean – honestly – what’s not to like? (Including Mom! Aren’t they all pretty cool?) 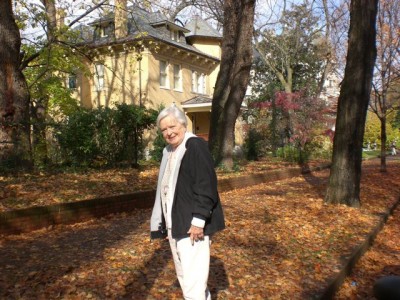 Just like her 100% attendance at Louisville basketball games, my Mom never misses the Art Show.