I have decided to take up some valuable space with a look at the construction process itself. We acquired this project from a family who lived by a golf course and who correctly surmised that the sounds of water spilling would be satisfying, yet, in great amounts, loud and obnoxious. As a sound issue water is a most penetrating sound. It can literally “drown out” conversation, if you will. We designed this for the sound and of course, the visual effects, yet pointed it away from the house itself. 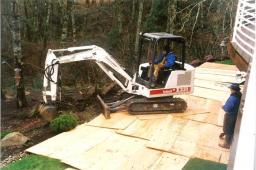 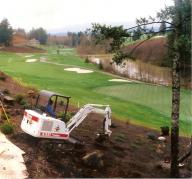 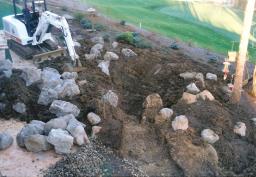 This is actually progress at the same stage as the former picture, yet this is from another angle. One gets a much better idea of the anchor rock idea, noticing those two large rocks that straddle the lower falls. As well, this view allows us to back up and see the starta which is above the bottom pond. It will be another pond, the second in a series of 3. 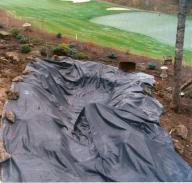 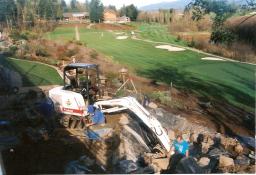 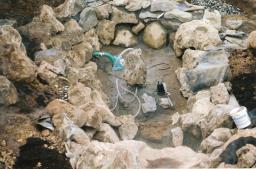 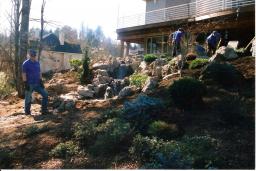 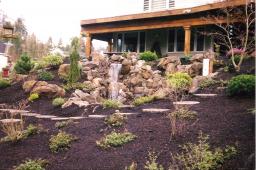 5 thoughts on “A Progressive Look at Construction of a Waterfall”