In this Reno landscape project, taken in the construction process, here are some shots of a one acre lot, sloping in the front and pretty flat out back. It required that we build walls out front, to make an approach possible from the street and to welcome those who came that way. These guys also had a mass of concrete which was nearly overwhelming in its sun-washed brightness. It is why the addition of brick pavers not only widened the concrete sidewalk but it brought in an earth tone to border on green grass. The many paver pathways, the huge patio out back, the smaller patio in the front and the spa facilities to the East were instrumental in providing interesting surfaces and deciding the planes. (Note: Left click all images to enlarge) 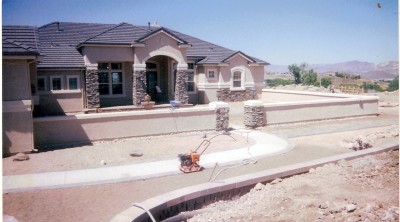 The front yard consisted of a narrow walk which we bordered with bricks. The bricks were tumbled brick pavers, made to look antiqued before entry. It provided a softer touch to the hard surfaces and the hard lines all around the property. 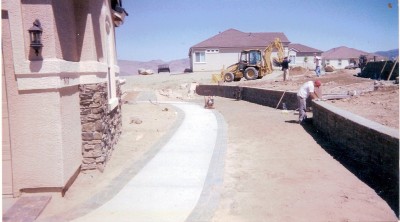 The front walls were extremely fun to make. The material was called Celtic Wall Block, from a manufacturer known as Belgard Pavers. It is a top of the line product, very secure and with a rough-hewn frontal feature which appears stuck there long before now. Really cool wall blocks.

Bear in mind as well that these pictures were all taken just a few months after completion, in its first year, no less. The development of the pants has actually made it something of a jungle by now. 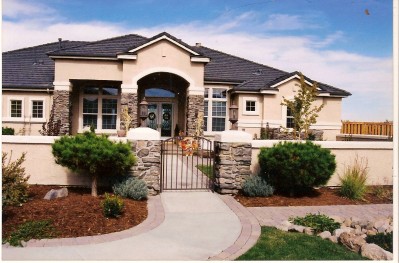 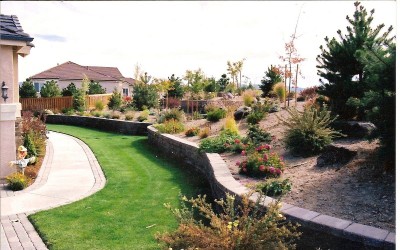 The front yard also needed some “hot” green in the person of lawn grass. The spacing came out fabulous as we got a legitimate lawn in a manageable space. It’s placement guaranteed a bit more moisture in the air and was – as always – pretty cool to walk in. I tried it myself! 😉 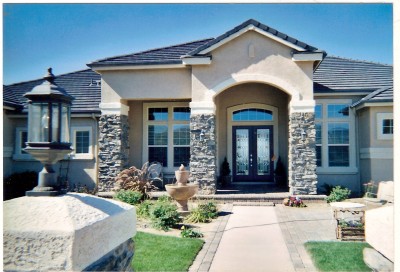 It was interesting, finishing. We were able to acquire some great Tanyosho Pines which we used to frame the courtyard opening gate.  We also had some fun in the courtyard itself. 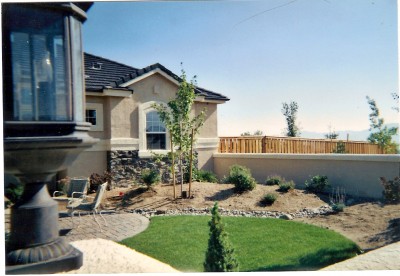 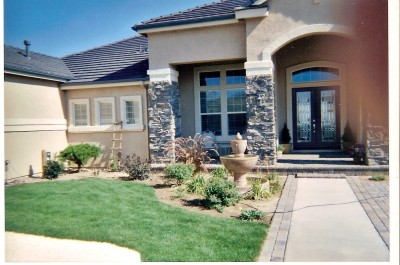 Further along, out back, we had a big patio to build with a fire pit and a nearby water feature. An fairly expansive lawn would cover the rest, with beds and planting beyond it. 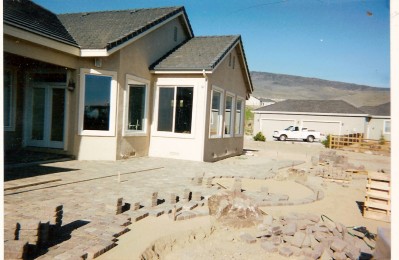 It was a long process. Or it sure seemed so. But we busted it out anyway. We also added boulders, around which we put our pavers, to break the line a little and to hopefully supply an additional aura of  permanence.

I just thought some construction pictures was what this blog needed. And I am way into dust. 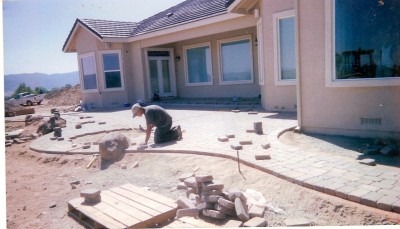 The Fire Pit was basic. No gas lines or any artificial source of heat. They were content to burn stuff. So we had to arrange for a nice informal protected pit for fires. 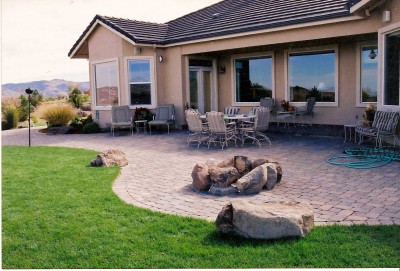 And the rest of the patio stretched on for a while. While this was not an estate job, the impression was what they wanted. The lengths and breadths of some of the walking features were huge. It made for an extremely lush and amiable environment. 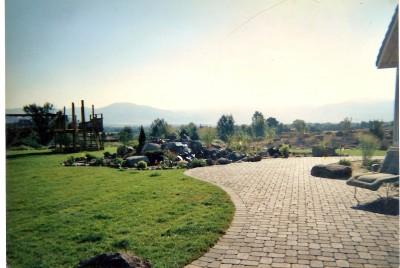 We were delighted in how it all came out. Low lines, nothing outrageous, great color. I went a bit nuts on the color. Lots of perennials and roses. We had some fabulous Smoke Trees out front as well. 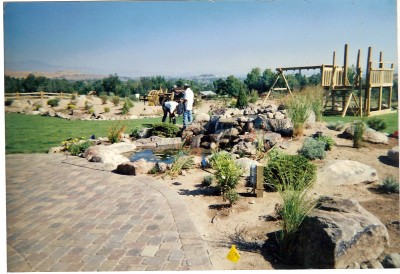 The water feature was redone later. The splash sound was too intense for conversation. But its size I think fits perfectly. Considering how dusty this place was when we began, there was no feeling bad with the results. 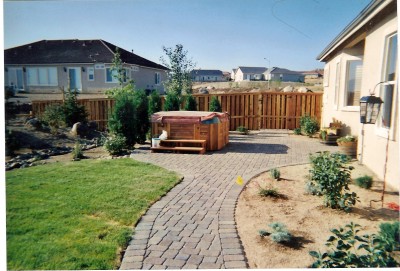 But, what we liked best were the walls.

The walls not only help so much with the grades and retaining them in place, they also are pretty cool just to look at. Attractive and solid, these – once again – were a terrific product.

The pavers circled the home entirely and provided planting pockets galore. This view is to the East from the front gate at the entry. The rock mulching is from gathered stones during the construction. Lord knows there were enough of them, ha ha. 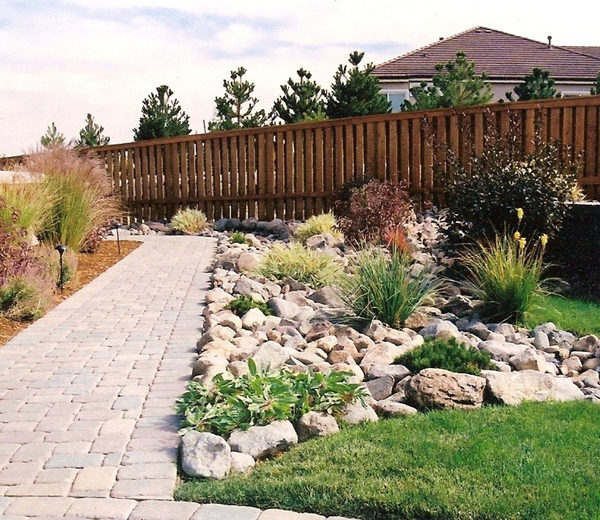 10 thoughts on “Paver Patio Construction – Before, During and After”